Leakers and reporters could be sent to jail on a hypothesis, writes Richard Norton-Taylor. 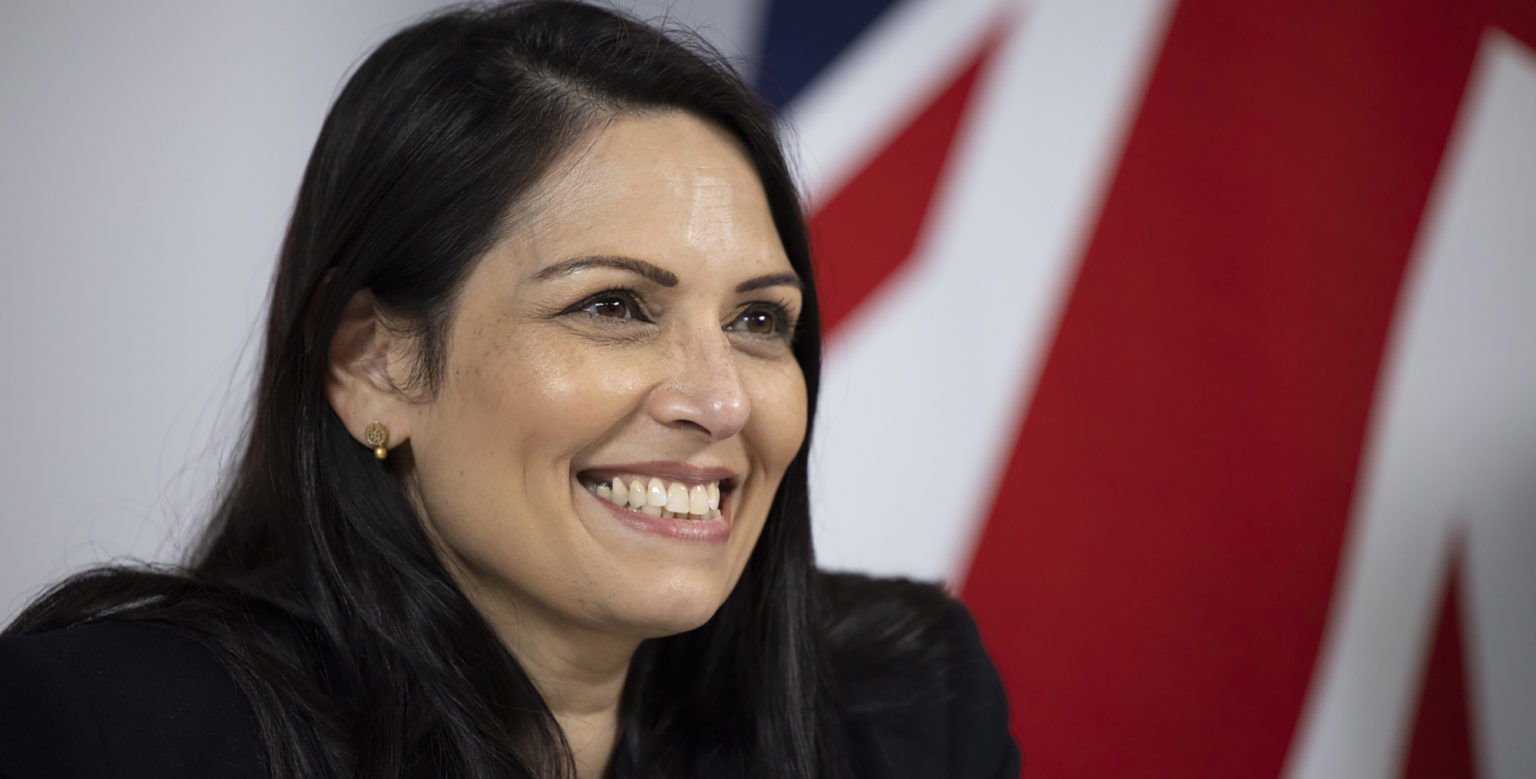 A largely unnoticed and unreported consultation paper on changes to Britain’s Official Secrets Acts drawn up by the Home Office shows that the government is preparing far-reaching threats to the media and the public’s right to know.

It intends to abandon the existing distinction between spying and leaking, and between leakers, whistleblowers and journalists. “Both primary and onward disclosures have the potential to cause equal amounts of harm,” the paper states.

This makes it clear the government wants to claim a journalist responsible for an “onward disclosure” — a publication in a newspaper or website, for example — would be as liable and on a par in criminal law with a primary source, such as a whistleblower in a government agency.

The government is determined to make it easier to prosecute whistleblowers and make it harder to mount a defense for disclosing information the government claims is damaging to national security.

Journalists and others publishing information the government claims damages national security face the prospect of 14 years in jail rather than the current maximum of two years.

The 1911, 1920, 1939 and 1989 secrecy acts are designed to protect information deemed to be damaging to the work of the security and intelligence agencies, the capability of the armed forces or the interests of the U.K. abroad, with the overall intention of protecting “national security,” a notoriously elastic concept. The scope of the acts could in future extend to cover information relating to the British economy and other policy areas.

The paper from the Home Office, which is run by Priti Patel, draws on recommendations from the Law Commission, a statutory body, and suggests that government prosecutors should benefit from a much lower burden of proof and not have to show that the disclosure of information actually damaged national security at all.

Leakers and journalists could be charged with disclosing information that was merely “capable” of being damaging. They could be sent to jail on a hypothesis.

The Home Office makes clear it wants to prevent sensitive information from being disclosed in court. One way of doing this would be to lower the burden of proof prosecutors would need to secure a conviction. A jury would not need to know evidence of how damaging a disclosure of information was. Mere claims by government lawyers would be enough to convict. [This exists in the U.S. as state secrets privilege.] 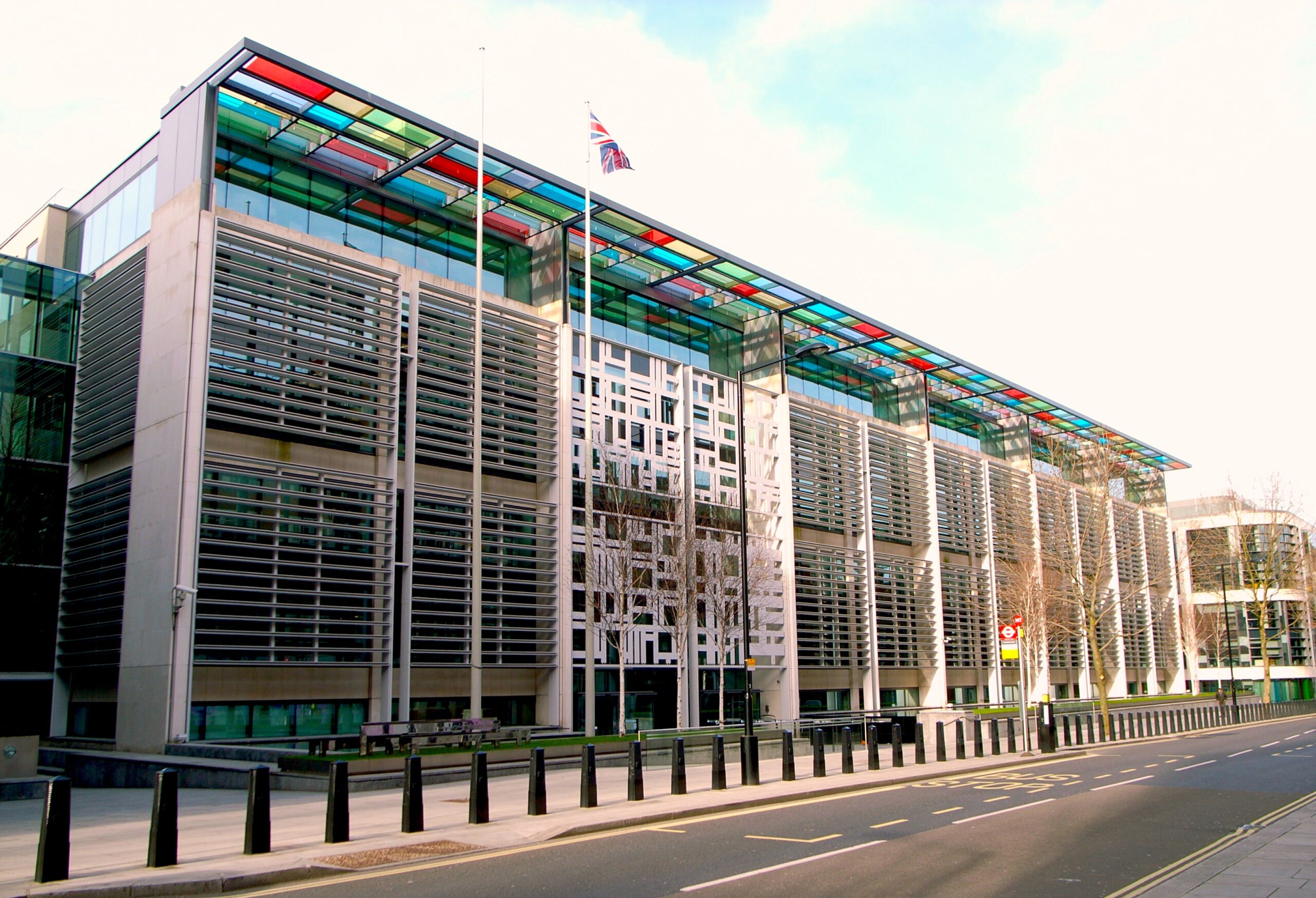 Maurice Frankel, director of the Freedom of Information Campaign, says the Home Office paper makes it clear the government wants to make it easier to secure convictions under the secrets acts, increase penalties and abandon key provisions that now provide a public interest defense for disclosing information.

“The outlines suggested in the consultation document will have enormous consequences for whistleblowers and journalists. It claims that reform of the 1989 Official Secrets Act which deals with leaking is essential ‘to tackle hostile state activity’ and that there may be no ‘distinction in severity between espionage and the most serious unauthorized disclosures.’ The Law Commission expressly rejected any blurring of this distinction.”

Frankel continued: “This disproportionate and oppressive set of proposals is presumably intended to ensure that officials and journalists are too terrified of the consequences to risk making or publishing unauthorized disclosures about intelligence, defense, international relations or law enforcement.”

Bunyan also points to the Home Office paper’s suggestion that extra powers should be given to the police under a new Police and Criminal Evidence (Pace) act. The paper says new powers would be needed to “enhance our ability to detect, deter, disrupt and prosecute those acting against the U.K.  and its interests.”

He says this clearly refers to the use of “remote access” to any computer or phone anywhere to collect evidence or to alter files which are part of the armory of GCHQ, Britain’s signals intelligence agency. 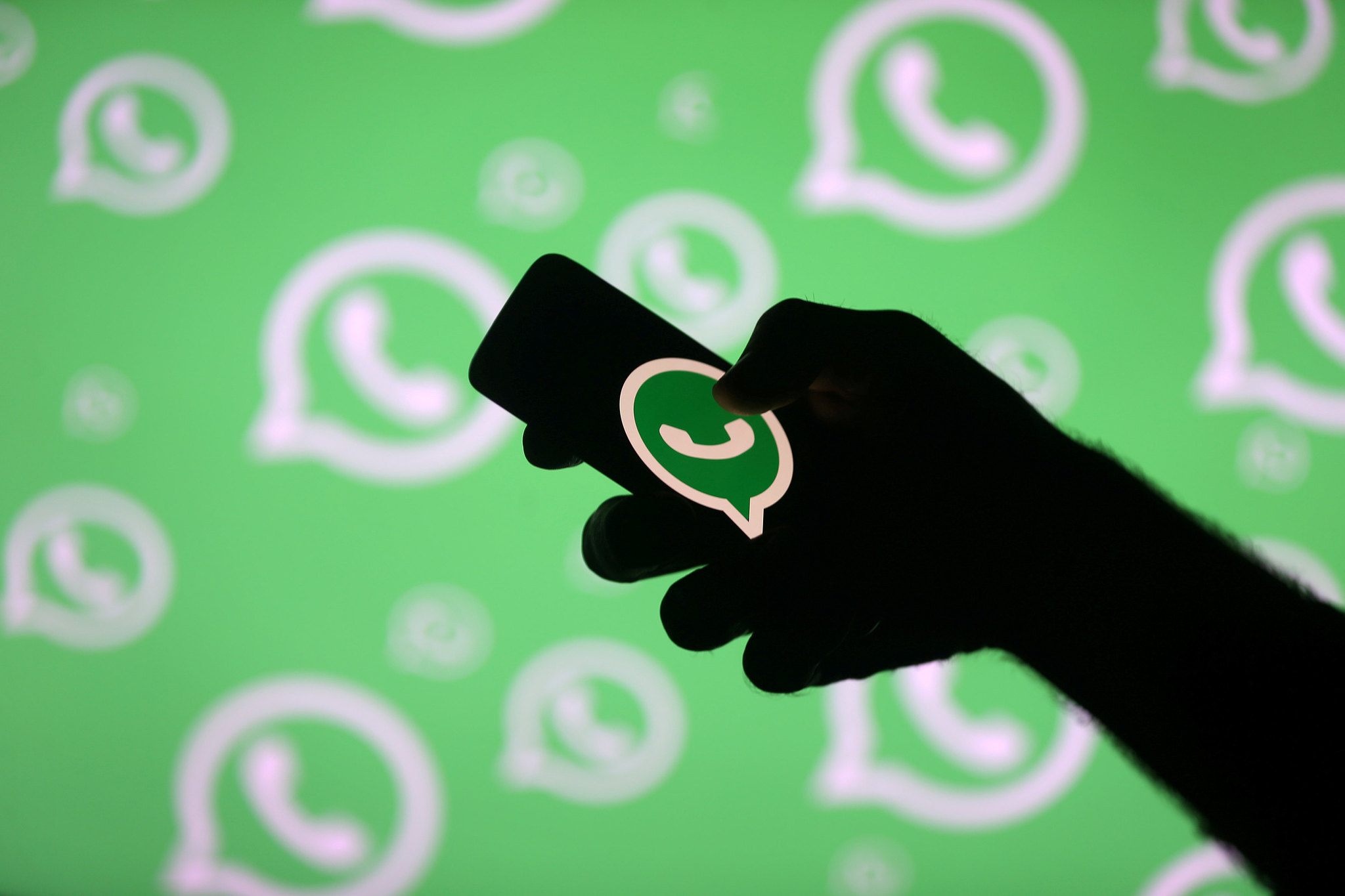 The government is using and seeking every opportunity to protect itself from scrutiny. It plans to restrict the way individuals and independent bodies can challenge government decisions in the courts through judicial reviews.

It is also adopting an increasingly hostile response to requests made under the Freedom of Information Act. And it is hiding behind what is being called “government by WhatsApp” where there is no written record of discussions and decision-making as required by the Public Records Act.

In 2017, the Cabinet Office acknowledged that the transition from paper-based to email and electronic documents created “real and immediate risks for accounting officers, who may be unable to provide evidence for past decisions and actions or to meet their statutory obligations for public records and FoI [freedom of information].”

Ministers are ignoring those Cabinet Office’s warnings. Plans are being drawn up to challenge in the courts the government’s reportedly growing use of WhatsApp and other electronic messaging platforms to avoid scrutiny.

The action is being brought jointly by Foxglove, a non-profit organization pursuing what it calls “justice in technology” and The Citizens, a group set up to hold governments and big tech to account.

“We believe communicating in this way is a blatant attempt to dodge transparency and democratic accountability and that it’s unlawful,” says Martha Dark, Foxglove’s director. “The Public Records Act 1958 requires that messages between politicians, officials, and advisers about government business must be reviewed and retained — for historical archives, and for any future investigations or inquiries into how a decision was taken.”

She adds: “The stakes are high. We simply won’t be able to hold the government to account for what they do if the evidence is automatically erased within minutes. Disappearing message apps are the modern equivalent of politicians shredding the evidence. It’s the perfect tool for people who just want to get away with it.”

It emerged this month that ministers and civil servants are allowed to set messages to delete instantly, increasing concerns that self-destructing communications are being used to avoid scrutiny of decisions taken in Whitehall.

The government does not always get its own way. Last week, after a protracted court case, it lost its battle to prevent the release of documents about a sinister “Orwellian” unit charged with blocking the release of information under the FoI act and first revealed by openDemocracy.

The so-called Clearing House circulates details of FoI requests by journalists, campaigners and others around Whitehall and advises on how to respond to them.

Referring to the attempts by the Cabinet Office to counter FoI requests, Judge Hughes of the information tribunal, which heard the case, described a “profound lack of transparency about the operation” which “might extend to ministers.”

He accused the Cabinet Office, headed by Michael Gove, a close ally of Boris Johnson, of making misleading claims about the Clearing House. Gove previously accused critical journalists of making “ridiculous and tendentious claims” about how the government dealt with FoI requests.

There is ample evidence to demonstrate that successive British governments have used official secrecy and the threat of criminal prosecutions merely to protect themselves from embarrassment and cover up wrongdoing. Without proper scrutiny and transparency, they cannot be trusted.

Britain’s security and intelligence agencies should be allowed to conduct operations in secret. But claims under the guise of a need to protect “national security” must not be allowed to cover up serious mistakes or wrongdoing by any government agency, not least MI5, MI6, and GCHQ from public and parliamentary scrutiny.

The recent inquest into the terrorist attack at Fishmongers’ Hall in central London in November 2019 that left two people dead criticized MI5 and other agencies for their failure to monitor the killer, Usman Khan, despite clear warning signs. 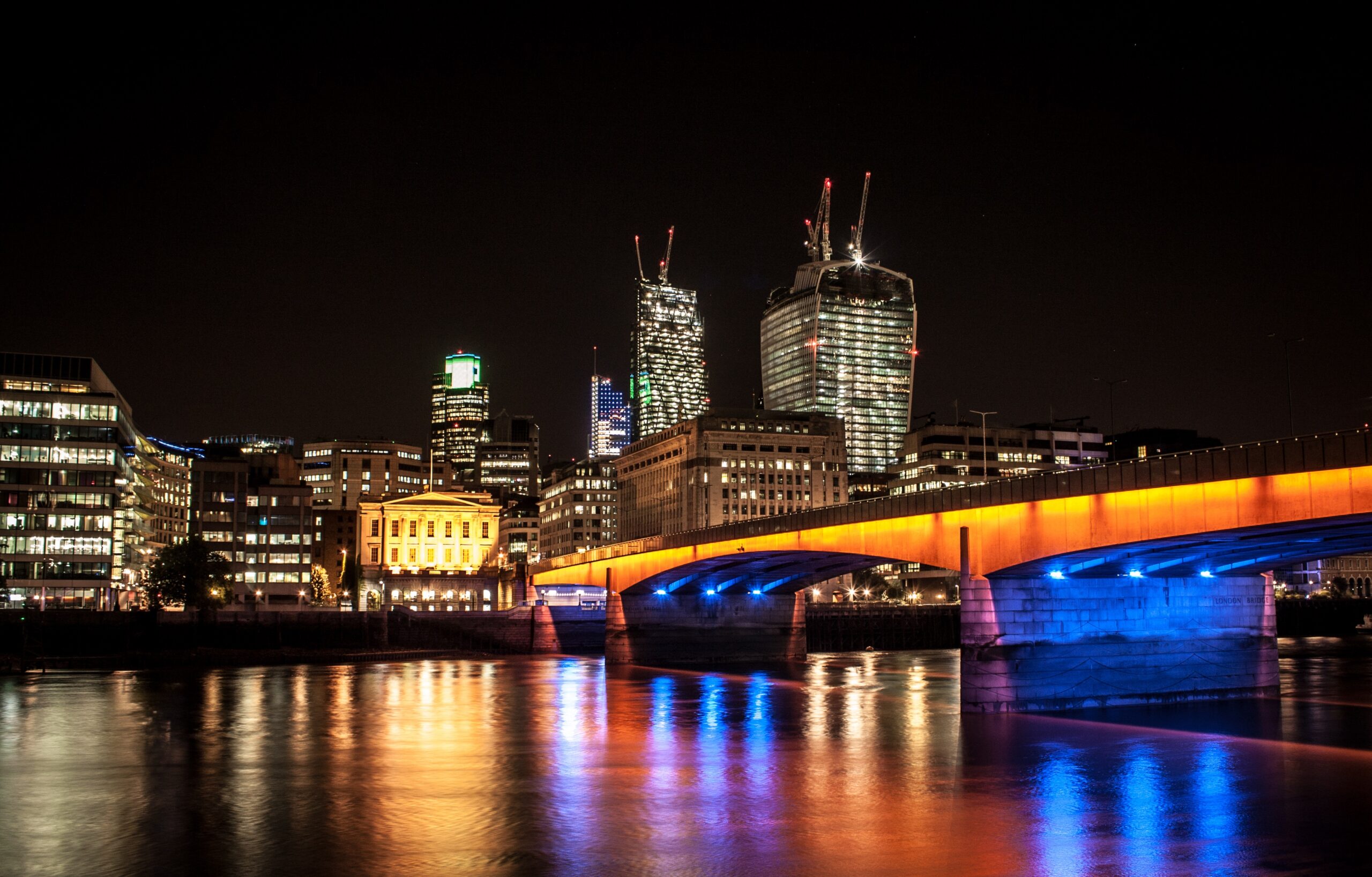 MI5 was strongly criticized for failing to cooperate with the police. The agency faced similar criticism for not cooperating with the police in surveillance operations before the London bombings in 2005.

Questions about what MI5 and MI6 knew about Salman Abedi, the 2017 Manchester Arena suicide bomber, and his brother, Hashem, and why they did not act against them sooner remain unanswered.

The parliamentary Intelligence and Security Committee (ISC) criticized MI5 and the police for not doing enough to disrupt and monitor the activities of the two Libyan brothers who were known to MI5 and MI6.

The ISC in 2018 published a damning report on how British security and intelligence agencies were involved in the torture and rendition of hundreds of terror suspects. Those agencies had for years misled MPs about their role. They were found out by journalists, sometimes with the help of independent lawyers exposing wrongdoing in open court.

The way government departments can use the notion of national security as a weapon was exposed during the litigation into the wrongful imprisonment of sub-postmasters who were warned they were subject to the Official Secrets Act.

Between 2000 and 2014, the Post Office prosecuted 736 sub-postmasters and sub-postmistresses based on information from a new computer system called Horizon.

Some were convicted of false accounting and theft and many were financially ruined. The Post Office knew the Fujitsu-developed IT system had “faults and bugs from the earliest days of its operation,” the court of appeal heard. The convictions were quashed.

The Home Office insists that “reform” of the Official Secrets Acts is needed to enable the security and intelligence agencies to combat terrorism, cybercrime and the activities of foreign spies, more effectively.

The government cannot be trusted to get away with such assurances. The devil in its plans will be very much in the detail. It must be watched like a hawk, and responses to the consultation paper must be very, very robust.

Richard Norton-Taylor was The Guardian’s defence correspondent, its security editor for three decades and is the author of several books, most recently The State of Secrecy.

2 comments for “The UK’s New Threat to British Journalists”