Last year saw a tripling in exports to Beijing of “dual use” items  defined as “civilian goods with a military purpose,” Mark Curtis reports. 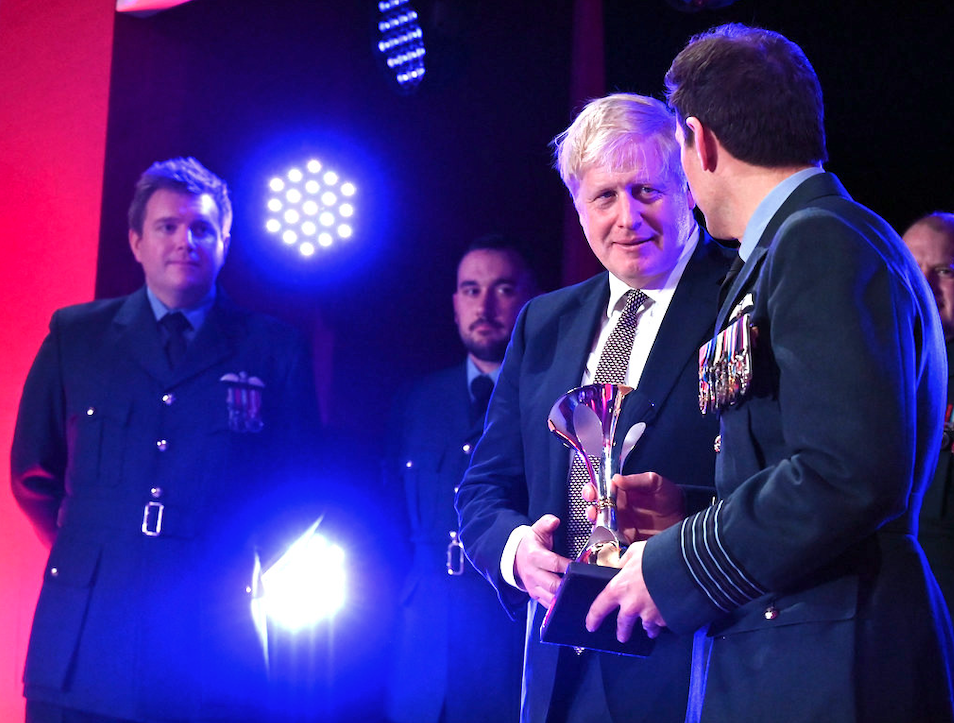 The U.K. government has authorized the sale of £2.6-billion worth of military and civilian equipment with potential military use to China in the past three years, government figures show.

Last year saw a tripling in exports to China of “dual use” items defined as “civilian goods with a military purpose.” Some £1.6-billion worth were authorised in 2020, compared to £526-million in 2019.

The increase coincided with the beginning of the coronavirus pandemic in early 2020. The exports have been approved while China is identified by the British government as “an increasing risk to U.K. interests” and “the biggest state-based threat to the U.K.’s economic security.”

Most British exports were for “dual use” equipment but £53-million worth classified purely as “military” went to China over the three years 2018-20, including components for combat aircraft and military support aircraft.

Other items licensed for use by China included military communications equipment and technology for air defense systems.

The U.K. has banned the sale of “lethal” military equipment to China since the Tiananmen Square massacre of 1989. However, the British exports are likely to benefit China’s air force, which British ministers claim is a growing military threat. 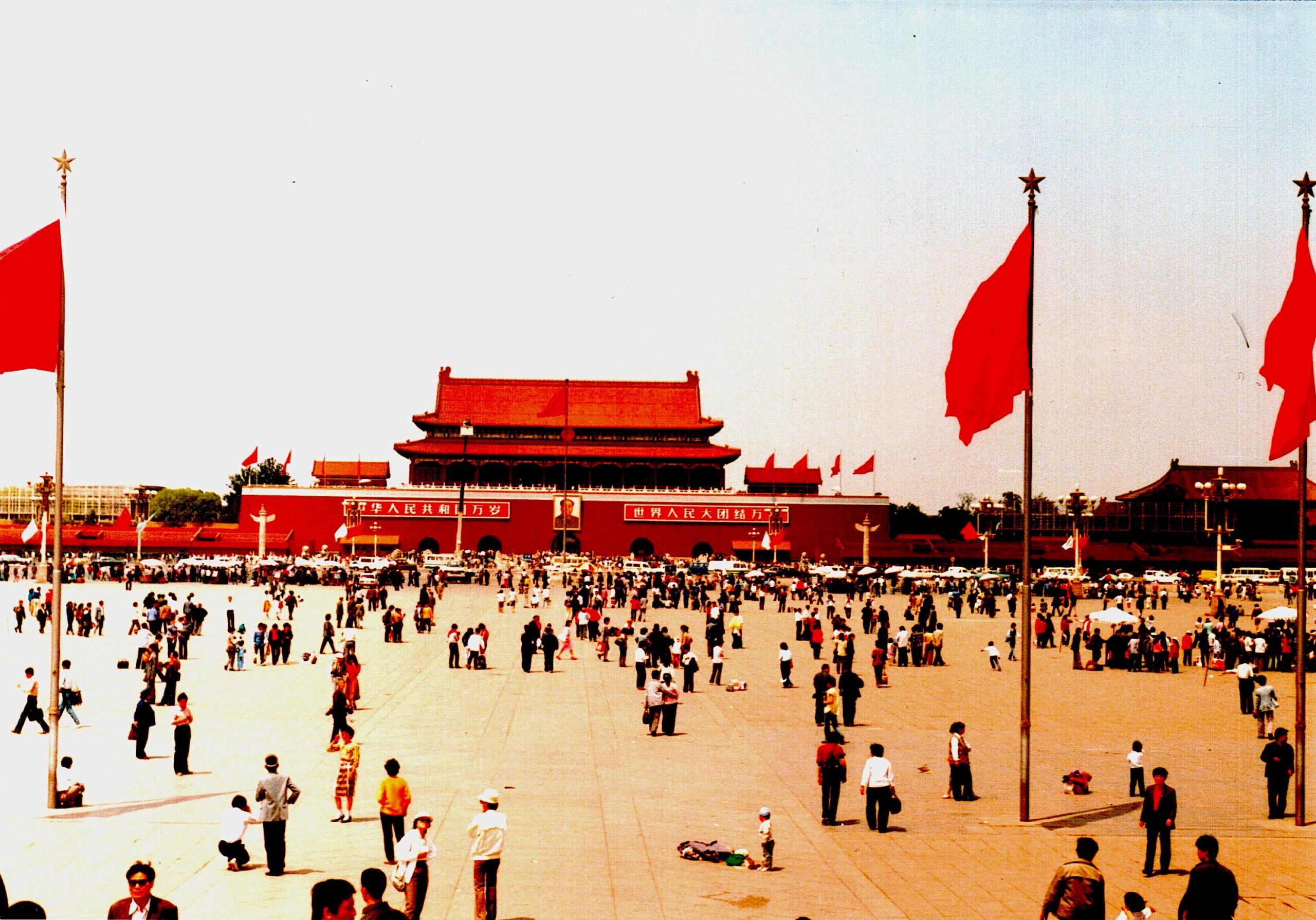 Defence Minister Jeremy Quin said in March that “the likes of Russia and China have studied our strengths in the air and begun developing the capabilities to not only counter but surpass us.”

Britain is also aiding China’s naval capacity. Ministers approved two export licences in 2019 for components for combat naval vessels that were identified as being for “end use by the [military] Navy.”

The U.K. military identifies China as posing a particular challenge in the South China Sea, where Beijing is building bases on disputed atolls in the Spratly and Paracel Islands, which are also claimed by other states in the region.

In March, Foreign Secretary Dominic Raab said China was a “threat” in the contested sea. 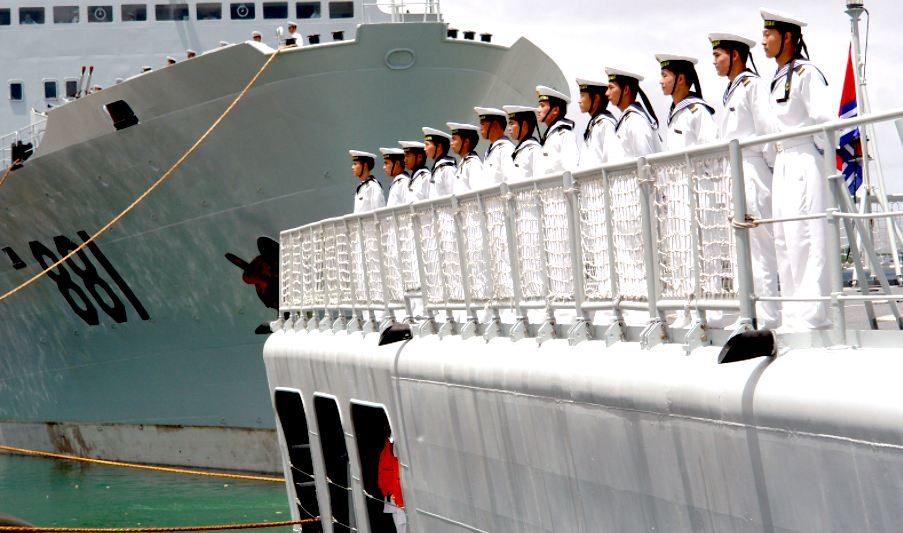 Chinese sailors on a guided missile destroyer at rails during a visit to Pearl Harbor, Hawaii, 2006. (U.S. Navy, Joe Kane)

U.K. support for the Chinese navy has come not only in the form of military exports. Declassified previously revealed that in 2015, the Royal Navy gave training to a Chinese maritime agency that was closely involved with occupying the disputed islands in the South China Sea.

However, that support to Beijing took place when cooperation between the countries was increasing. At the time, the U.K. ’s then chancellor, George Osborne, spoke of “a golden decade for both of our countries” and of making Britain “China’s best partner in the West.” 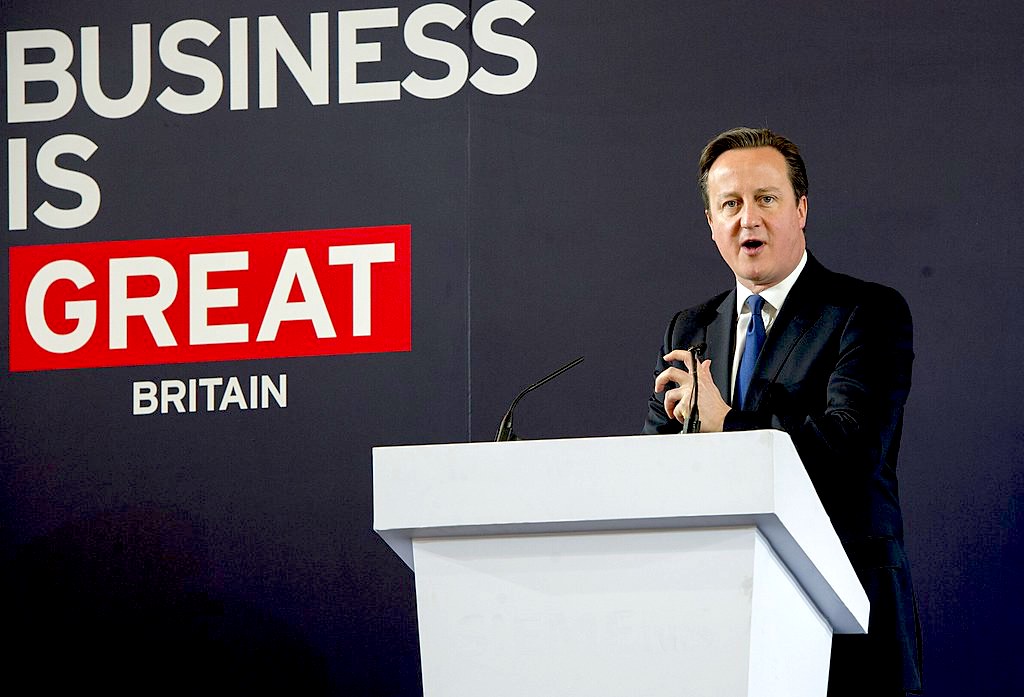 Six years on, the U.K. has radically altered its stance towards Beijing as British military planners seek to play a greater military role in Asia. The Royal Navy’s new aircraft carrier is due to test China by sailing through the South China Sea later this year.

In addition to supporting the navy and air force, hundreds of licences have been approved by U.K. ministers for the sale of “information security equipment” and “imaging cameras” to China.

It is not clear if such exports could aid the Chinese state’s domestic surveillance capabilities since the items are not specified in government documents. The U.K. ’s partial arms embargo on China forbids the export of equipment “which might be used for internal repression”.

The exports also raise concerns about China’s policy towards Tibet. Beijing considers Tibet to be an “autonomous region” of the country but many Tibetans have demanded an independent state since China invaded the territory in 1950.

Sam Walton, the chief executive of the Free Tibet campaign, said: “The Chinese government will use this military equipment to continue its repression in Tibet, to steal Tibetan homes and erase Tibetan culture. Selling such equipment is not how to stand up for human rights.”

He added: “We have seen fine words from this government condemning the repression in Tibet, the Uyghur genocide and the destruction on democracy in Hong Kong. But their actions once again show their words to be worthless. Britain cannot condemn China’s jackboot whilst heeling that same boot.”

The U.K.  government’s new military strategy says that China is “a systemic competitor” and that “the significant impact of China’s military modernisation and growing international assertiveness within the Indo-Pacific region and beyond will pose an increasing risk to U.K.  interests”.

“The fact that China is an authoritarian state, with different values to ours, presents challenges for the U.K. and our allies”, it adds.

Mark Curtis is an author and editor of Declassified UK, an investigative journalism organization that covers Britain’s foreign, military and intelligence policies. He tweets at @markcurtis30. Follow Declassified on twitter at @declassifiedUK.