The unjustified interventions and increasingly ugly defeats simply don’t get mentioned. It is as though 70 years of U.S. military history has been whitewashed from the American mind, writes Joe Lauria. 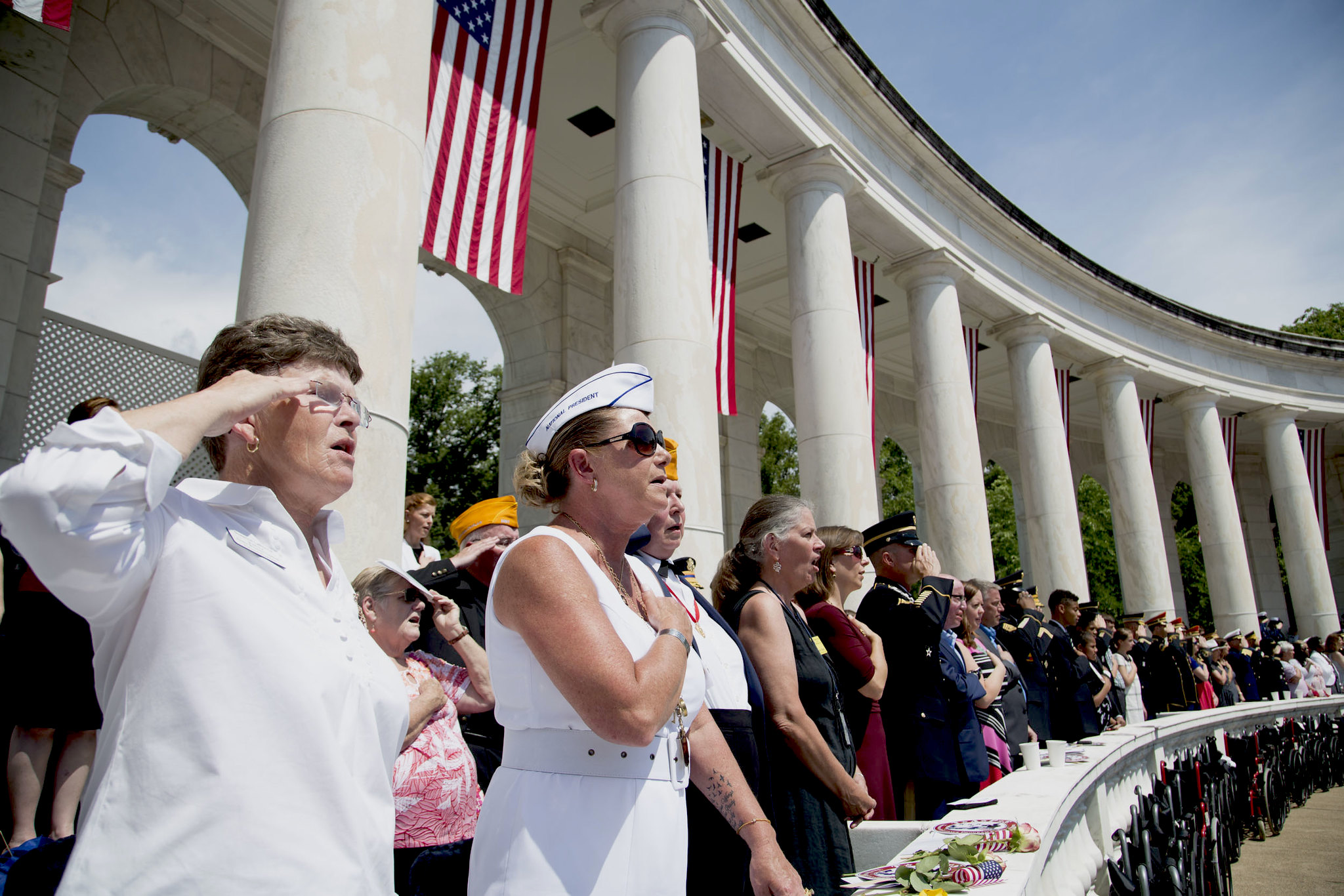 The problem began as the Second World War ended, with the U.S. the only major combatant undamaged at home and left with military bases flung around the world. The U.S. stood astride a devastated globe faced with a choice: make good on its rhetoric of international social progress, or fortifying those bases into the nodes of a global military and economic empire. We know the answer.

Recent American leaders should be aware what the last just American war was. That is why they bring it up every time the U.S. is gearing for a fight.

Before the 1989 war on Panama, Gen. Manuel Noriega was called Hitler; before the 1999 attack on Serbia, Slobodan Milosevic was compared to Hitler; as was Saddam Hussein before the 2003 invasion of Iraq. As tensions rose with Russia during her presidential campaign, Hillary Clinton called Vladimir Putin Hitler, leaving the impression she too was itching for war.

World War II imagery and rhetoric has been so crucial to American imperial leaders since 1945 that they have ritually inflated the role the U.S. played in defeating Nazi Germany. The Soviet Union’s outsized contribution to destroying the Nazis has been airbrushed out of history and U.S. allies are relegated to a supporting cast, fitting for the vassals they’ve since 1945 become.

Using past military victories to prime the public for future war is as old as civilization. Athenian leaders invoked the victory at Marathon over the Persians. Roman victory arches reminded the public of past battlefield successes and stoked confidence for future conquests. The reputed defeat of the Spanish Armada was forever a prime propaganda piece of the British Empire. In this the U.S. empire is no different. Only the medium has changed.

A steady diet of World War II films and TV shows in the 1950s and 60s (dramas like Combat! and comedies like Hogan’s Heroes) groomed the Boomer to think the U.S. was still the good guy and that its post-1945 wars were just fighting World War II all over again.

The unjustified interventions and increasingly ugly defeats simply don’t get mentioned. It is as though 70 years of U.S. military history has been whitewashed from the American mind. Even the most recent setbacks in Afghanistan, Iraq, Syria and Libya are never joined by establishment media into a coherent trend of U.S. defeat, which would undermine the militant bravado of successive White Houses and the Pentagon.

And it would be considered unpatriotic to do so, especially on Memorial Day.

The Vietnam war was the main bump in the post-war road. It was a defeat hard for the establishment to sugarcoat. The brass tried to blame the debacle on the media and the anti-war protests. Vietnam followed closely by Watergate staggered militarists in the White House and Pentagon.

It allowed the opening of a mature period of self-reflection perhaps unknown in U.S. history. Congressional investigations looked into what the intelligence services had done with its secretive powers and the results were not pretty. Waste and fraud in the Pentagon was also subject to emboldened congressional scrutiny.

That extraordinary seven-year period from 1973 to 1980 ended as Ronald Reagan swept to power and declared it was “morning again in America” while it had hardly been night. Among Reagan’s goals was to quash a realistic look at America and return it to a “a shining city on a hill.” American mythology was back with a vengeance. It would be 11 years though before the U.S. could again shamelessly play the World War II card as justification for blatantly imperial and unnecessary wars.

For leaders like George H.W. Bush, an American awakening that opposed imperial war and made intelligence agency crimes public, both of which hamstrung the military, was a “syndrome” that had to be overcome.

Bush probed the reaction with his 1989 Panama invasion against “Adolf” Noriega, and then led the first full-scale military attack on Iraq in 1991. He declared in March that year: “The specter of Vietnam has been buried forever in the desert sands of the Arabian Peninsula…. By God, we’ve kicked the Vietnam syndrome once and for all.” And it’s been thus ever since, his son upping the ante the second time through Iraq.

Whether U.S. leaders actually believe their own rhetoric that aggressive wars are really part of America’s justified World War II heritage or whether they know it’s a lie to cover up aggression, comes down to the individual politician. Some are smart—and cynical—enough to know it’s a ruse. Others may be true believers. But there’s no doubt the tale is not intended for political or corporate leaders—or media executives—but for a gullible American public.

← US Troops Die for World Domination, Not Freedom
PATRICK LAWRENCE: The Aimless Empire →

10 comments for “Misusing the Sacrifices of WW II”