On Memorial Day, Caitlin Johnstone says it’s important to block the propaganda that helps feed a steady supply of teenagers into the imperial war machine. 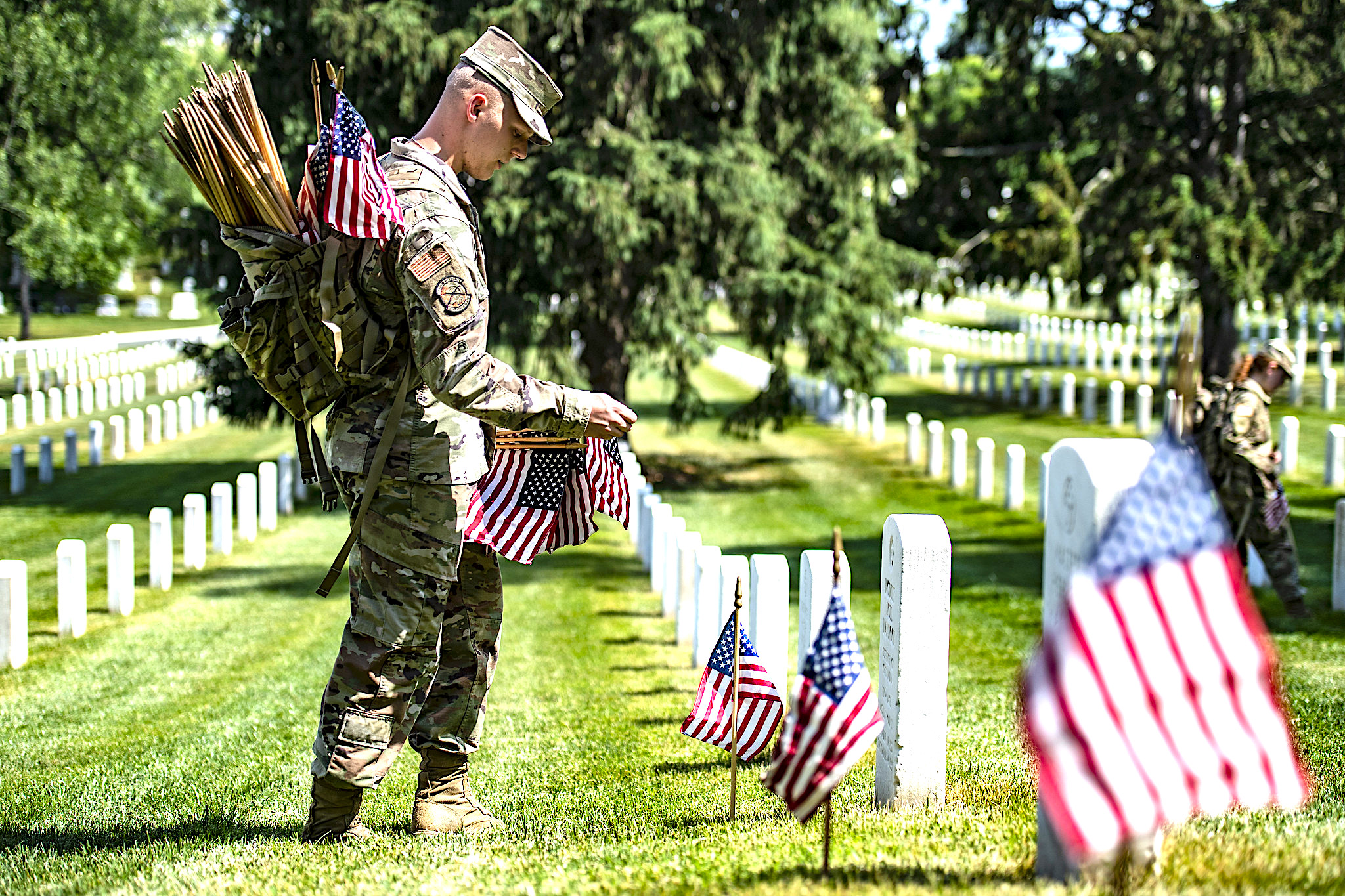 Apparently the likely future president tweeted “Enjoy the long weekend,” a reference to the Memorial Day holiday on Monday, instead of gushing about fallen troops and sacrifice.

That’s it, that’s the whole entire story. That silly, irrelevant offense by one of the sleaziest people in the single most corrupt and murderous government on earth is the whole entire basis for histrionic headlines from conservative media outlets like this:

Harris, the born politician, was quick to course correct.

“Throughout our history our service men and women have risked everything to defend our freedoms and our country,” the veep tweeted. “As we prepare to honor them on Memorial Day, we remember their service and their sacrifice.”

Which is of course complete bullshit. It has been generations since any member of the U.S. military could be said to have served or sacrificed defending America or its freedoms, and that has been the case throughout almost the entirety of its history. If you are reading this it is statistically unlikely that you are of an age where any U.S. military personnel died for any other reason than corporate profit and global domination, and if you are it’s almost certain you weren’t old enough to have had mature thoughts about it at the time.

Whenever you criticize the U.S. war machine online within earshot of anyone who’s sufficiently propagandized, you will invariably be lectured about the second World War and how we’d all be speaking German or Japanese without the brave men who died for our freedom. This makes my point for me: the fact that apologists for U.S. imperialism always need to reach all the way back through history to the cusp of living memory to find even one single example of the American military being used for purposes that weren’t evil proves that it most certainly is evil.

But this is one of the main reasons there are so very many movies and history documentaries made about World War II: it’s an opportunity to portray U.S. servicemen bravely fighting and dying for a noble cause without having to bend the truth beyond recognition. The other major reason is that focusing on the second World War allows members of the U.S. empire to escape into a time when the Big Bad Guy on the world stage was someone else.

From the end of World War II to the fall of the U.S.S.R., the U.S. military was used to smash the spread of communism and secure geostrategic interests toward the ultimate end of engineering the collapse of the Soviet Union. After this was accomplished in 1991, U.S. foreign policy officially shifted to preserving a unipolar world order by preventing the rise of any other superpower which could rival its might.

A 1992 article by The New York Times titled  “U.S. Strategy Plan Calls For Insuring No Rivals Develop,“ reporting on a leaked document which describes a policy known as the Wolfowitz Doctrine after then-Undersecretary of Defense for Policy Paul Wolfowitz, reads as follows:

“In a broad new policy statement that is in its final drafting stage, the Defense Department asserts that America’s political and military mission in the post-cold-war era will be to insure that no rival superpower is allowed to emerge in Western Europe, Asia or the territory of the former Soviet Union.

A 46-page document that has been circulating at the highest levels of the Pentagon for weeks, and which Defense Secretary Dick Cheney expects to release later this month, states that part of the American mission will be ‘convincing potential competitors that they need not aspire to a greater role or pursue a more aggressive posture to protect their legitimate interests.’

The classified document makes the case for a world dominated by one superpower whose position can be perpetuated by constructive behavior and sufficient military might to deter any nation or group of nations from challenging American primacy.”

This is all U.S. troops have been fighting and dying for since the Berlin Wall came down. Not “freedom”, not “democracy” and certainly not the American people. Just continual uncontested domination of this planet at all cost: domination of its resources, its trade routes, its seas, its air, and its humans, no matter how many lives need to risked and snuffed out in order to achieve it. The U.S. has killed millions and displaced tens of millions just since the turn of this century in the reckless pursuit of that goal.

And, as Smedley Butler spelled out 86 years ago in his still-relevant book War is a Racket, U.S. military personnel have been dying for profit.

Nothing gets the gears of industry turning like war, and nothing better creates chaotic Wild West environments of shock and confusion during which more wealth and power can be grabbed. War profiteers pour immense resources into lobbying, think tanks and campaign donations to manipulate and bribe policy makers into making decisions which promote war and military expansionism, with astounding success. This is all entirely legal.

It’s important to spread awareness that this is all U.S. troops have been dying for, because the fairy tale that they fight for freedom and for their countrymen is a major propaganda narrative used in military recruitment. While poverty plays a significant role in driving up enlistments as predatory recruiters target poor and middle class youth promising them a future in the nation with the worst income inequality in the industrialized world, the fact that the aggressively propagandized glorification of military “service” makes it a more esteemed career path than working at a restaurant or a grocery store means people are more likely to enlist.

Without all that propaganda deceiving people into believing that military work is something virtuous, military service would be the most shameful job anyone could possibly have; other stigmatized jobs like sex work would be regarded as far more noble. You’d be less reluctant to tell your extended family over Christmas that you’re a janitor at a seedy massage parlor than that you’ve enlisted in the U.S. military, because instead of congratulating and praising you, your Uncle Murray would look at you and say, “So you’re gonna be killing kids for crude oil?”

And that’s exactly how it should be. Continuing to uphold the lie that U.S. troops fight and die for a good cause is helping to ensure a steady supply of teenagers to feed into the gears of the imperial war machine. Stop feeding into the lie that the war machine is worth killing and being killed for. Not out of disrespect for the dead, but out of reverence for the living.

← A People’s Guide to the War Industry -4: The New BOSS
Misusing the Sacrifices of WW II →

6 comments for “US Troops Die for World Domination, Not Freedom”