The U.S. and Israel tried to erase the Palestinian problem from the face of the earth, writes As`ad AbuKhalil. 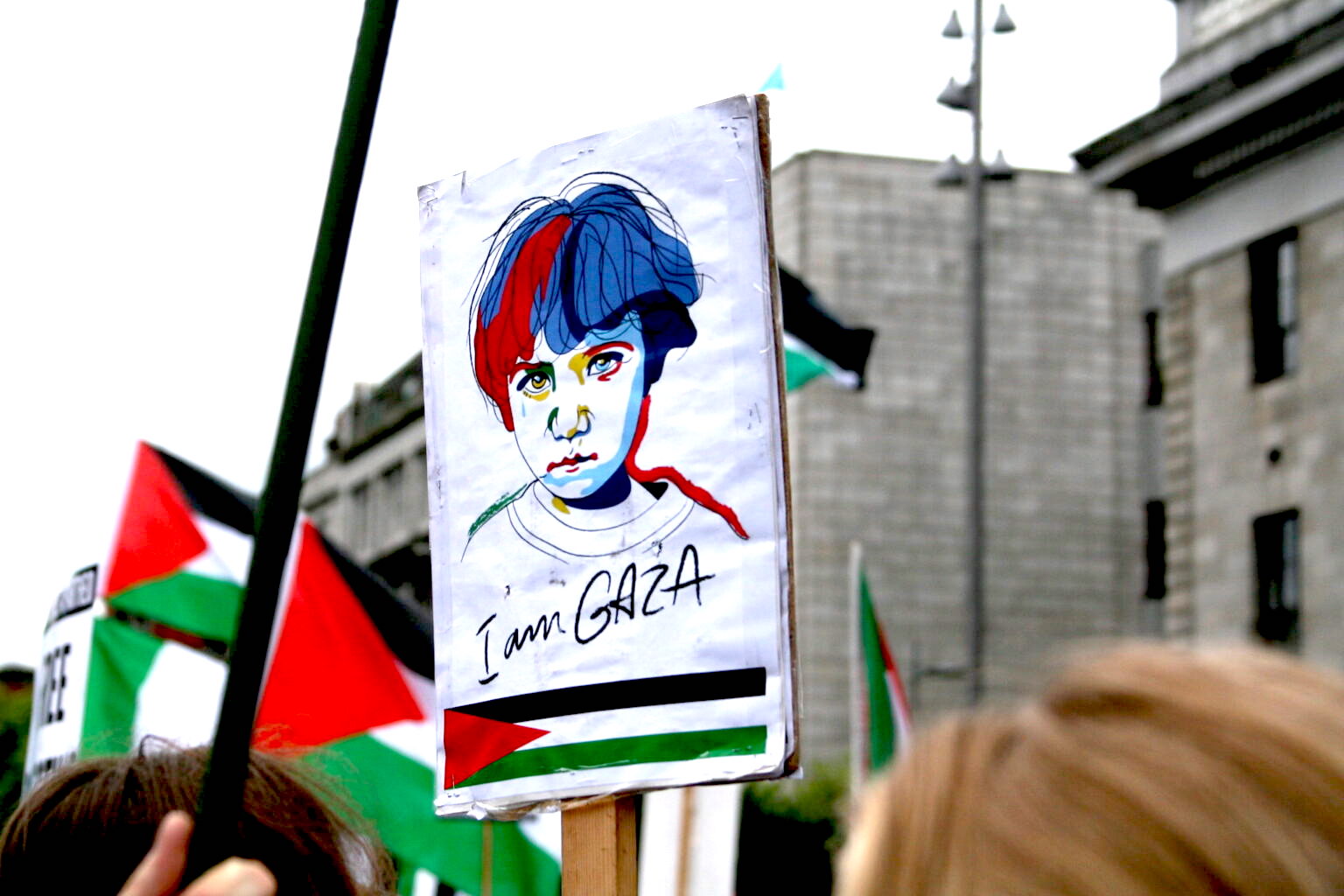 The recent eruption of Palestinian political anger, and the typical brutal Israeli assault on Palestinians everywhere — in the West Bank, Gaza and inside 1948 Palestine — is but a reminder of the persistence of the Palestinian question.

If one traces the origins of Western media references to Palestinians one finds that it coincided with the rise of the Palestinian armed resistance.  When Palestinian-American Sirhan Sirhan shot Robert Kennedy, U.S. newspapers and magazines started, for the first time, informing their readers about the Palestinian people and their history.

To be sure, this lopsided coverage of the Palestinians suited the Israeli lobby just fine, because it irrevocably associated the word Palestinian with violence — and with the most heinous forms of violence.  Ironically, while Israel inflicted on the Palestinian people far more mass violence than the Palestinians were ever able to inflict on Israelis, Israel managed to maintain an image of a defenseless and peaceful state, even while sitting on a massive arsenal of nuclear warheads (since the 1960s).

The U.S. government wanted to go along with Israeli wishes by referring to the Palestinian people (for much of the 1950s and 1960s) as mere refugees.  In UNSC 242 of November 1967, they were merely a “refugee problem” or an international nuisance — and that was 19 years after the Nakbah, when the bulk of the Palestinian people were uprooted and dumped across the borders of Palestine.

The reference to them as “refugees” is to deprive them of political identity and aspirations, very much in line with the Balfour Declaration which gave the Zionists in Palestine political rights while conferring on the Palestinian majority population “civil and religious” rights only. Even those rights were violated from the very onset of Zionism due to the territorial and expansionist ambitions of the Zionist Movement, which did not believe in sharing the land.

Former President Jimmy Carter now enjoys a good reputation among American progressives for his description of Israeli occupation as apartheid.  But Carter, once criticized by Zionists in the U.S. and Israel over his book, Palestine: Peace not Apartheid, quickly backtracked and denied that he would ever describe “Israel proper” as apartheid, when even Western human rights organizations (most recently, Human Rights Watch which does not have a good record on Palestine) now agree that the apartheid label applies to 1948 Palestine, where inequality and Jewish supremacy was enshrined in the very founding of the Jewish state in the land of non-Jewish majority.

Carter, far from deserving any praise for his Middle East diplomacy, is in fact an architect of the regional despotic order which remains today as a big obstacle for democracy and also for Palestinian liberation.  Carter was the first to establish a Faustian bargain with Anwar Sadat (an unrepentant anti-Semitic Nazi despot): he basically established and consolidated a U.S.-run despotic rule in Cairo in return for total withdrawal of Egypt from Palestinian affairs.

“Carter started the long road to the abandonment of the Palestinian people and their cause.”

Carter ensured that Egyptian military rulers would be handsomely compensated for abandoning the Palestinian people.  The Egyptian Revolution of 1952 was inspired, at least partly, by the failure of the Egyptian monarchy to defend the Palestinians in 1948 (Gen. Gamal Abdel Nasser, the revolution’s leader, fought and was wounded in the Palestine War of 1948).   What Carter started in the Camp David accords of 1978 was continued by Donald Trump in the Abraham Accords of 2020.

All those attempts were ways to bypass the Palestinian problem and to reward Israel with “peace treaties” with pro-U.S. Arab despots.

Carter started the long road to the abandonment of the Palestinian people and their cause.

Yasser Arafat was invited to address the UN General Assembly in 1974, precisely because the Palestinian resistance movement made its presence known around the world — not by peaceful protests but by armed struggle.  Three years later, Carter was telling the world that you can achieve (and pay for) peace in the Middle East by ignoring and bypassing the Palestinian problem.

Many decades of “peace process” achieved nothing for the Palestinians, while the Oslo process created a collaborationist (and corrupt) regime in Ramallah, whose very purpose is to defend Israel from Palestinian resistance.  In other words, Yasser Arafat agreed to abort and prevent Palestinian resistance in return for a powerless Palestinian Authority in Ramallah. (Toward the end of his life, Arafat had second thoughts and started to signal to his movement to return to armed struggle, but it was too late as Israel managed to kill him).

The recent events in Palestine came as a surprise only to Western capitals and media and not to the Arab people.  Since 1948, Arabs have known full well that the Palestinian problem is at the heart of the Arab-Israeli conflict.  But Israel added other dimensions to the conflict by virtue of its expansionism and aggression: it occupied Egyptian, Jordanian, Lebanese, and Syrian territories and bombed all over the Middle East (Israeli bombing raids extended to Tunisia, Sudan, Egypt, Syria, Lebanon, Iraq, Jordan; it downed a Libyan airliner in 1973 and shot at a Lebanese civilian airliner in 1950).

“The recent events in Palestine came as a surprise only to Western capitals and media and not to the Arab people.”

But the Palestinian problem defines the conflict and — more than a century after the beginning of the Zionist movement on the land of Palestine — it refuses to go away, no matter how much mass violence Israel inflicts on Palestinians — and on Arabs who support them, regardless of the dispersal of millions of Palestinians.

The Palestinians were able in recent weeks to demonstrate, yet again, their unity and their sense of purpose and focus.  The notion that Palestinians in 1948 Palestine are Israelis, first and foremost, has been shattered, while the fragmentation and bantustanization of Palestine failed to break the unity of the Palestinian people.

Western media quickly cheered the Abraham Accords and did not consider the disregard of the Palestinian problem to be a problem at all; Thomas Friedman and others adhered to the notion that young Palestinians would rather have a job in Dubai than struggle against Israeli occupation and aggression. 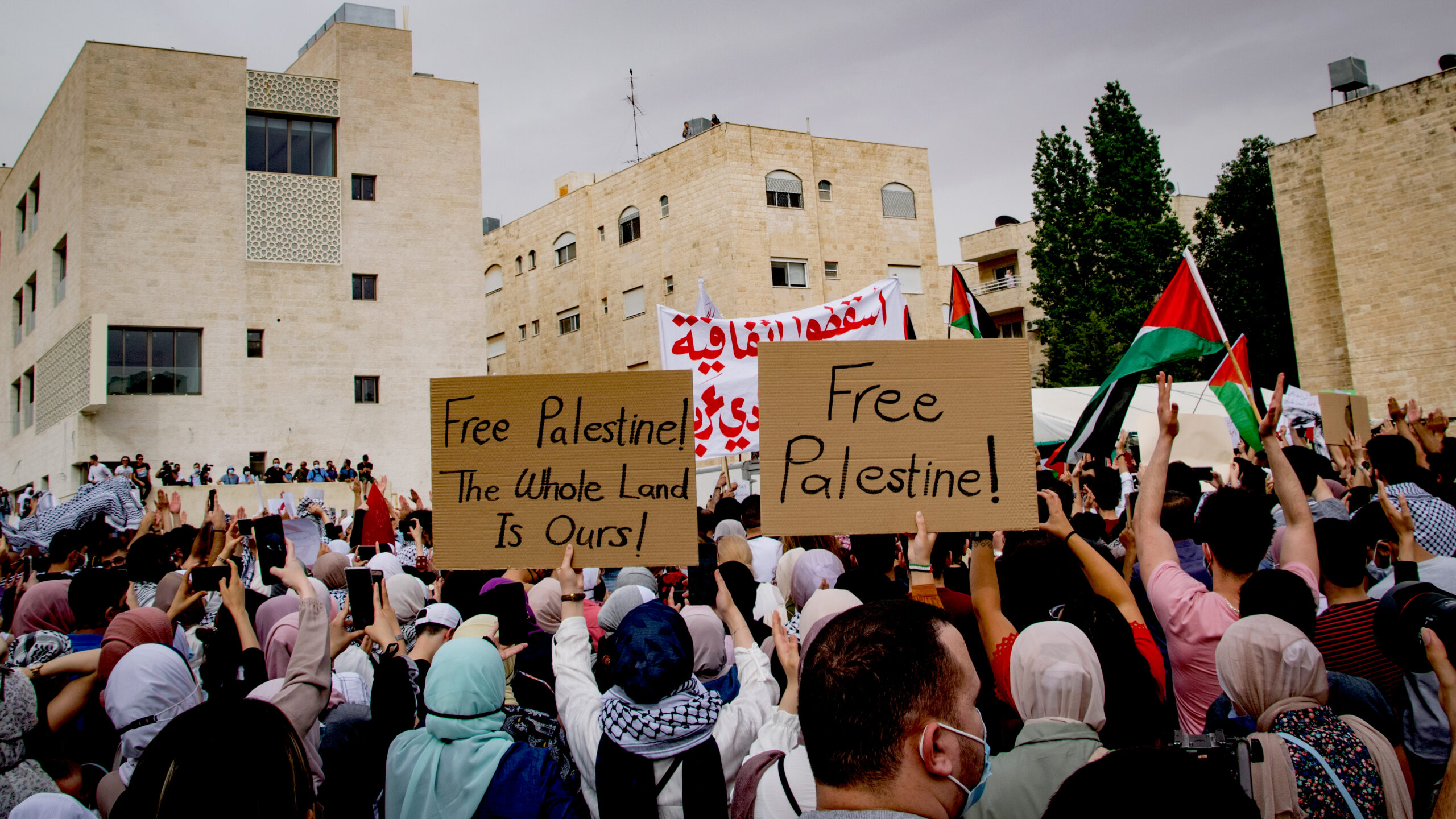 The war on Gaza shattered many Western myths on Palestine and it also undermined the long-held Zionist myth that the Arab people don’t care about the plight of the Palestinians.  Western Zionists wanted to believe that their favorite despots, in Saudi Arabia and the UAE especially, now speak for the entire Arab people, and that Muhammad Bin Zayed and Muhammad Bin Salman are the new Nassers of the Arab world.

The enormous Arab popular response — on the streets and on social media—is yet another indication of the depth of Arab care for the Palestinian problem and for Arab youth identification with Palestinian liberation.  If the Zionists lost the social media battle in the last few weeks it is because young Arabs worldwide took it upon themselves to spread the truth and facts about Palestine to the world.

Suddenly, the Western world will remember that there is indeed a Palestinian problem but it is most unlikely that the West would take the minimum steps to fulfill the national aspirations of the Palestinian people.  It is not only that Israel is an apartheid state (in 1948 Palestine and in 1967 Palestine) but it is also an occupation state since its very inception.

Unless Palestinian refugees are permitted to return to their lands, justice in the holy land will elude all so-called peace makers.  (How ironic that this crisis of Sheikh Jarrah started because Israel argued that Jewish families can “return” to homes that they ostensibly had owned before 1967, when millions of Palestinian refugees can’t return to take back the Palestinian homeland all over historic Palestine because the law does not apply to Palestinian ownership).

Palestinian people are one and their brutal enemy has ensured that they remain one regardless of the residence and political affiliations of the Palestinian people.  The U.S. may activate the moribund “peace process” but it will do so according to its dreaded misconceptions and presuppositions, which insist that the Palestinians are inferior as people and are not worthy of the same rights that the West only confers on Israelis.  The longevity of the Palestinian problem is but a testimony to the absence of justice in the land of Palestine.

3 comments for “THE ANGRY ARAB: The Palestinian Cause After the War on Gaza”