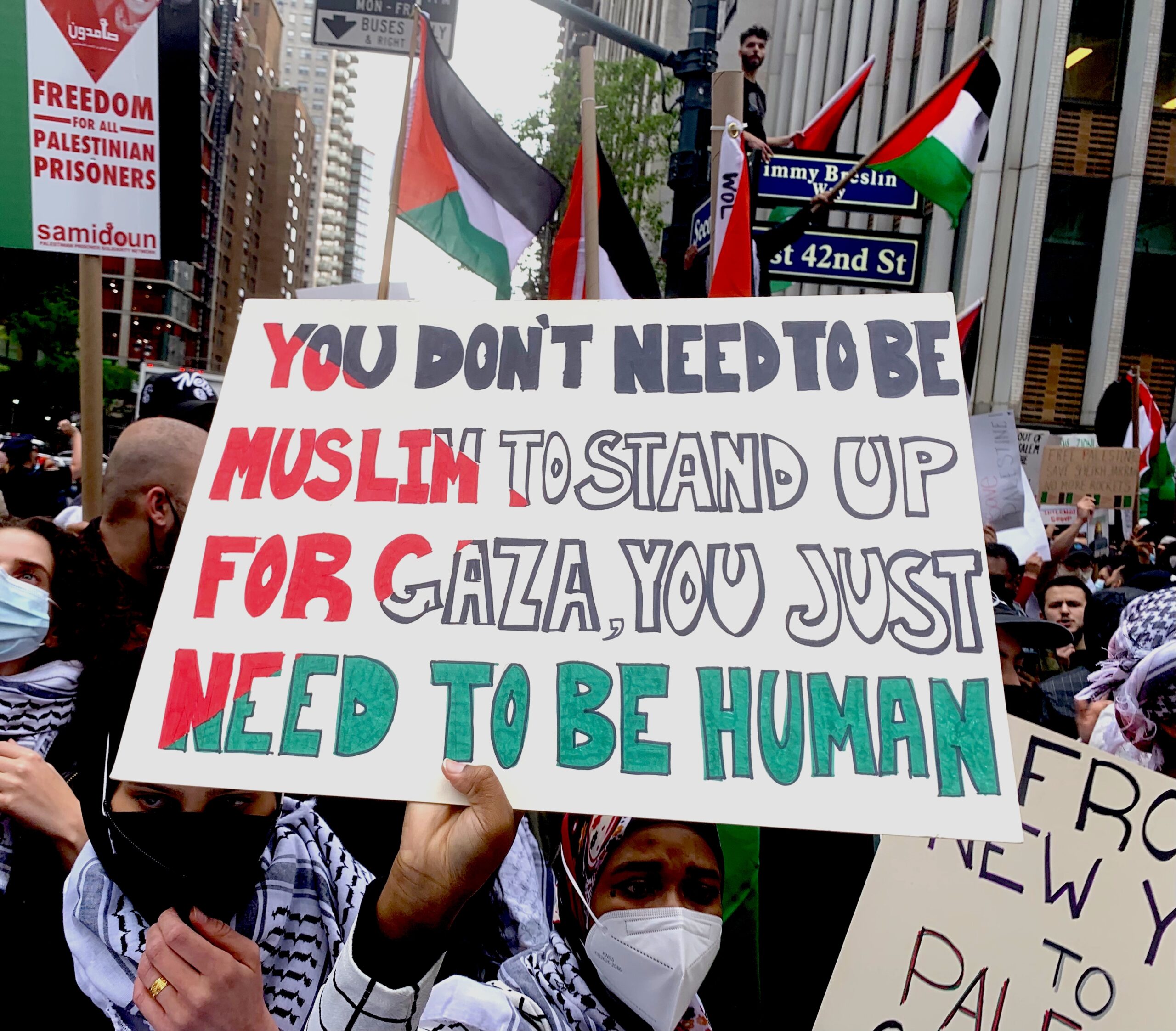 Israel’s missile attack on media offices in Gaza City last weekend was successful. A gratifying response came quickly from the head of The Associated Press, which had a bureau in the building for 15 years: “The world will know less about what is happening in Gaza because of what happened today.”

For people who care about truth, that’s outrageous. For the Israeli government, that’s terrific.

The AP president, Gary Pruitt, said “we are shocked and horrified that the Israeli military would target and destroy the building housing AP’s bureau and other news organizations in Gaza.”

There’s ample reason to be horrified. But not shocked.

After an Israeli airstrike destroyed a high-rise building in Gaza City that housed offices of The Associated Press and other media outlets, AP President and CEO released a statement that the news organization is “shocked and horrified.” https://t.co/ar9BCnI8jq pic.twitter.com/DttmyEdRwC

Israel’s military began threatening and targeting journalists several decades ago, in tandem with its longstanding cruel treatment of Palestinians. Rather than reduce the cruelty, the Israeli government keeps trying to reduce accurate news coverage.

The approach is a mix of deception and brutality. Blow up the cameras so the world won’t see as many pictures of the atrocities.

LOOK: On-the-ground footage shows the moment an Israeli airstrike destroyed a high-rise building in Gaza City on Saturday that housed offices of the Associated Press and other media outlets.

Of course, there’s no need to interfere with journalists documenting the also awful — while relatively few — deaths of Israelis due to rockets fired by Hamas. In recent days the Israeli government has spotlighted such visuals, some of them grimly authentic, others fake.

The suffering in the Israeli-Palestinian conflict is tragically real on both sides, while vastly asymmetrical. During the last 10 days, as reportedby the BBC, 219 people have been killed in Gaza. In Israel, the number was 10. In Gaza, at least 63 of the dead were children. In Israel, two.

In the midst of all this, shamefully, President Joe Biden is pushing ahead to sell $735 million worth of weapons to Israel, a move akin to selling more whips and thumbscrews to torturers while they’re hard at work tormenting their victims.

On Wednesday, a few members of Congress introduced a bill that seeks to do what the Israeli targeting of media seeks to prevent — the galvanizing of well-informed outrage. Alexandria Ocasio-Cortez, Rashida Tlaib and Mark Pocan introduced a resolution opposing the sale of those weapons.

“For decades, the U.S. has sold billions of dollars in weaponry to Israel without ever requiring them to respect basic Palestinian rights. In so doing, we have directly contributed to the death, displacement and disenfranchisement of millions,” Ocasio-Cortez pointed out.

Senator Bernie Sanders introduced a resolution on Thursday to block the sale of $735 million of precision-guided weapons to Israel. It's unlikely that the resolution will delay or halt the arms sale. https://t.co/Vs7j6d1h2y

Tlaib, the only Palestinian-American in Congress, said: “The harsh truth is that these weapons are being sold by the United States to Israel with the clear understanding that the vast majority of them will be used to bomb Gaza. Approving this sale now, while failing to even try to use it as leverage for a ceasefire, sends a clear message to the world — the U.S. is not interested in peace, and does not care about the human rights and lives of Palestinians.”

.@POTUS + @SecBlinken: If you support a cease-fire, then get out of the way of the U.N. Security Council and join other countries in demanding it.

Apartheid-in-chief Netanyahu will not listen to anyone asking nicely. He commits war crimes and openly violates international law. https://t.co/KuDSbFStBv

As usual, Israel’s latest killing spree can avail itself of deep pockets provided by U.S. taxpayers, currently $3.8 billion a year in military assistance. An article published last week by the Carnegie Endowment for International Peace makes a strong case that the massive subsidy is legally dubious and morally indefensible.

Not many members of Congress can be heard calling for an end to doling out huge sums to the Israeli government. But some progress is evident.

A bill introduced last month by Congresswoman Betty McCollum, H.R.2590, now has 21 co-sponsors and some activist momentum. Its official purpose flies in the face of routine congressional evasion: “To promote and protect the human rights of Palestinians living under Israeli military occupation and to ensure that United States taxpayer funds are not used by the Government of Israel to support the military detention of Palestinian children, the unlawful seizure, appropriation, and destruction of Palestinian property and forcible transfer of civilians in the West Bank, or further annexation of Palestinian land in violation of international law.”

Right now, the government of Israel is exerting deadly force on a large scale to underscore an assertion of impunity — in effect, wielding power to subjugate Palestinian people with methodical disregard for their basic human rights. The process involves reducing as much as possible the eyewitness news coverage of that subjugation.

Israeli leaders know that truth about the human consequences of their policies is horrific when illuminated. That’s why they’re so eager to keep us in the dark.

7 comments for “Why Israel Blows Up Media Offices & Targets Journalists”