From the Archives:  There is just one scenario in which Israel would relinquish its nuclear weapons and it seems further from reality than ever, wrote Joe Lauria on May 4, 2015.

By Joe Lauria
Special to Consortium News
May 4, 2015

[In the five years since this article was written, the idea of a single Palestinian-Israeli state with an Arab majority today seems impossible, with Israel now openly advocating annexation of West Bank settler colonies. However, international opposition to Israel has also grown in the past five years, on display against Israel’s latest assault on Palestinians.]

Israel last week sent its first observer in 20 years to the Nuclear Non-Proliferation Treaty (NPT) review conference, which is held every five years at U.N. headquarters in New York. Israel, which is not a NPT member and has never confirmed that it possesses nuclear weapons, also has taken part in five rounds of negotiations in Geneva on establishing a WMD-free zone in the Middle East.

However, the veil fell away for the world’s worst kept secret when the U.S. Defense Department recently released a document making it clear that Israel indeed has the bomb. A 1987 Pentagon document declassified in February unequivocally declares that Israel’s nuclear weapons program was then at the stage the U.S. had reached between 1955 and 1960. It also says Israel had the potential to develop hydrogen weapons. 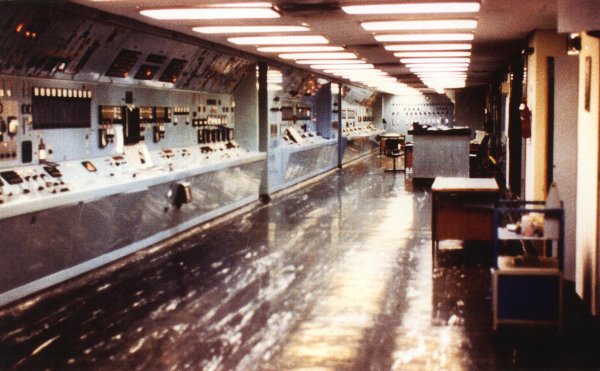 The document was released just days before Prime Minister Benjamin Netanyahu made his highly controversial March 3 speech to a joint session of Congress in which he argued why Iran had to be stopped from getting the bomb. As the only nuclear power in the region, Israel has an unequaled strategic advantage.

There doesn’t appear to be any scenario in which Israel would willingly give up its nuclear arsenal to fulfill a 1995 Security Council resolution calling for a nuclear-free Middle East. Or is there?

The only country to ever voluntarily relinquish its nuclear weapons is apartheid South Africa. President F.W. de Klerk gave written instructions to that effect in February 1991 (the same month Nelson Mandela was released from prison). When he announced in March 1993 that Pretoria’s six, airplane-borne weapons had been dismantled, De Klerk said it was done to improve South Africa’s international relations. (It was also the first time South Africa had ever confirmed that it had the bomb).

De Klerk’s reason has not been entirely accepted by experts. Speculation has led to various theories. One was that with the Soviet Union gone, South Africa no longer needed its nuclear deterrent. Another was that it no longer needed the bomb as a means of blackmailing the U.S. to come to its defense.

One credible theory is that Pretoria saw the writing on the wall: apartheid was doomed and South Africa would soon be led by a black government. The apartheid rulers concluded that it would be better to ditch the bomb altogether rather than letting it fall into the hands of the African National Congress and possibly shared with other African governments.

A former South African diplomat was quoted as saying Pretoria was “motivated by concern that it didn’t want any undeclared nuclear material or infrastructure falling into the hands of Nelson Mandela.”

De Klerk had already scrapped apartheid laws and released Mandela by the time the bombs were dismantled. When he announced that the nukes had been destroyed, de Klerk said, “This country will never be able to get the nuclear device again, to build one again, because of the absolute network of inspection and prevention which being a member of the NPT casts on any country.”

The parallels between South Africa and Israel are on the rise. After Netanyahu renounced his support for a Palestinian state in the heat of the final days of his re-election campaign (only to try to reverse it immediately afterward), both the United States and the United Nations strongly implied that the alternative would be an apartheid Israel.

“A two-state solution is the only way for the next Israeli Government to secure Israel as a Jewish and democratic state,” said Jen Psaki, the State Department spokeswoman, on March 18, the day after Netanyahu’s re-election. U.N. spokesman Farhan Haq said the same day that Secretary-General Ban Ki-moon “firmly believes” that a two-state solution and an end to the settlements is “the only way forward for Israel to remain a democratic State.”

Not quite believing my ears, I asked Haq if what he meant was that the alternative was an apartheid Israel. “I’ve said what I said,” he responded.

While many critics of Israel say it is already running a de-facto apartheid system in its rule over 4 million Palestinians without rights, legal apartheid would come with annexation of the West Bank and Gaza. That appears to be the reason annexation has been resisted. But the longer a two-state solution remains a dream, the more a one-state solution becomes possible.

No less than two former Israeli prime ministers have said so. “As long as in this territory west of the Jordan River there is only one political entity called Israel it is going to be either non-Jewish, or non-democratic. If this bloc of millions of Palestinians cannot vote, that will be an apartheid state,” said Ehud Barak in 2010.

Three years earlier, former Israeli Prime Minister Ehud Olmert said, “If the day comes when the two-state solution collapses, and we face a South African-style struggle for equal voting rights (also for the Palestinians in the territories), then, as soon as that happens, the State of Israel is finished.”

A former Israeli Ambassador to South Africa, Alon Liel, put it even more bluntly. “In the situation that exists today, until a Palestinian state is created, we are actually one state. This joint state, in the hope that the status quo is temporary, is an apartheid state.”

Without full Palestinian suffrage, Israel is increasingly facing a hostile international reaction. Israel fears the budding boycott, divestment and sanctions movement could grow to the scale of sanctions that pressed Pretoria to end apartheid.

A one-state solution, in which all Palestinians would have a vote, would almost certainly mean the election of a Palestinian government to rule both Arabs and Israelis, much as a black South African government rules blacks and whites. Despite its violent past, South African has shown how the communities could coexist.

4 comments for “When Israel Would Give Up Its Nukes”