Among the recommendations laid out in the report is for the International Criminal Court to investigate alleged crimes against humanity. 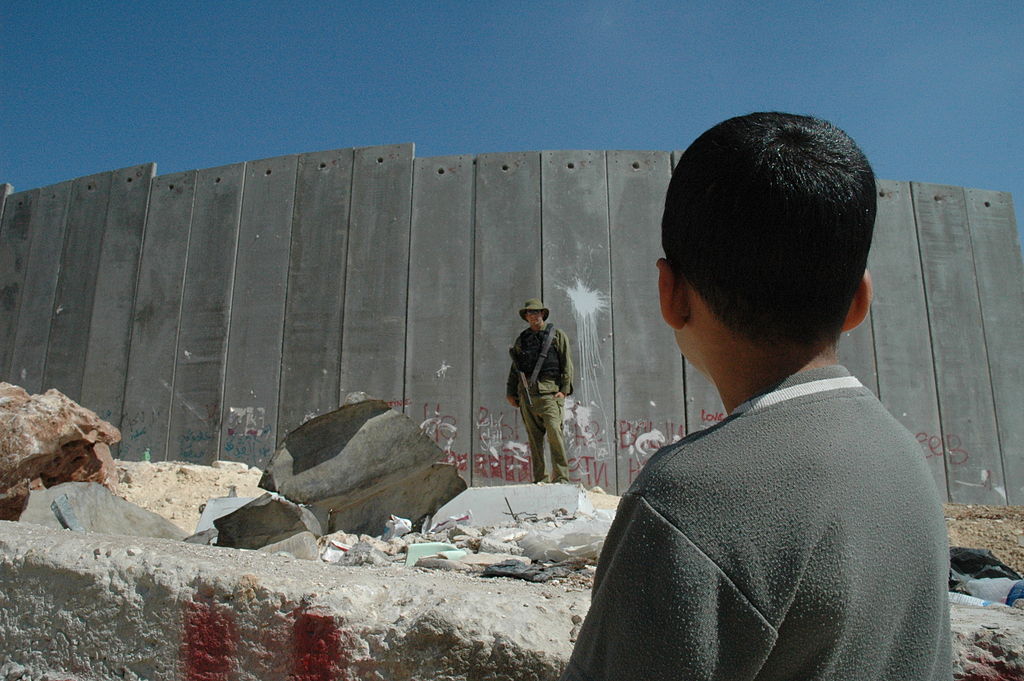 Human Rights Watch said Tuesday that the policies and actions of the Israeli government against the Palestinian people amount to systematic “apartheid” and unlawful persecution that must be stopped.

The accusations related to Israel’s actions in the occupied territories (OPT) and within Israel are laid out in a new report entitled “A Threshold Crossed: Israeli Authorities and the Crimes of Apartheid and Persecution.” The findings are based on over two years of research and documentation including official government statements, internal planning documents, and interviews.

“Human Rights Watch concludes that the Israeli government has demonstrated an intent to maintain the domination of Jewish Israelis over Palestinians across Israel and the OPT,” the report states. “In the OPT, including East Jerusalem, that intent has been coupled with systematic oppression of Palestinians and inhumane acts committed against them. When these three elements occur together, they amount to the crime of apartheid.”

The specific label of apartheid, the group notes, is accurate based on the Apartheid Convention and Rome Statute’s definitions.

The accusation of persecution is based on “the widespread confiscation of privately owned land, the effective prohibition on building or living in many areas, the mass denial of residency rights, and sweeping, decades-long restrictions on the freedom of movement and basic civil rights,” the publication says.

HRW also notes that the report is not comprehensive, as it does not include all human rights abuses in the areas, including those committed by armed groups or Palestinian authorities.

“Prominent voices have warned for years that apartheid lurks just around the corner if the trajectory of Israel’s rule over Palestinians does not change,” HRW executive director Kenneth Roth said in a statement. “This detailed study shows that Israeli authorities have already turned that corner and today are committing the crimes against humanity of apartheid and persecution.” 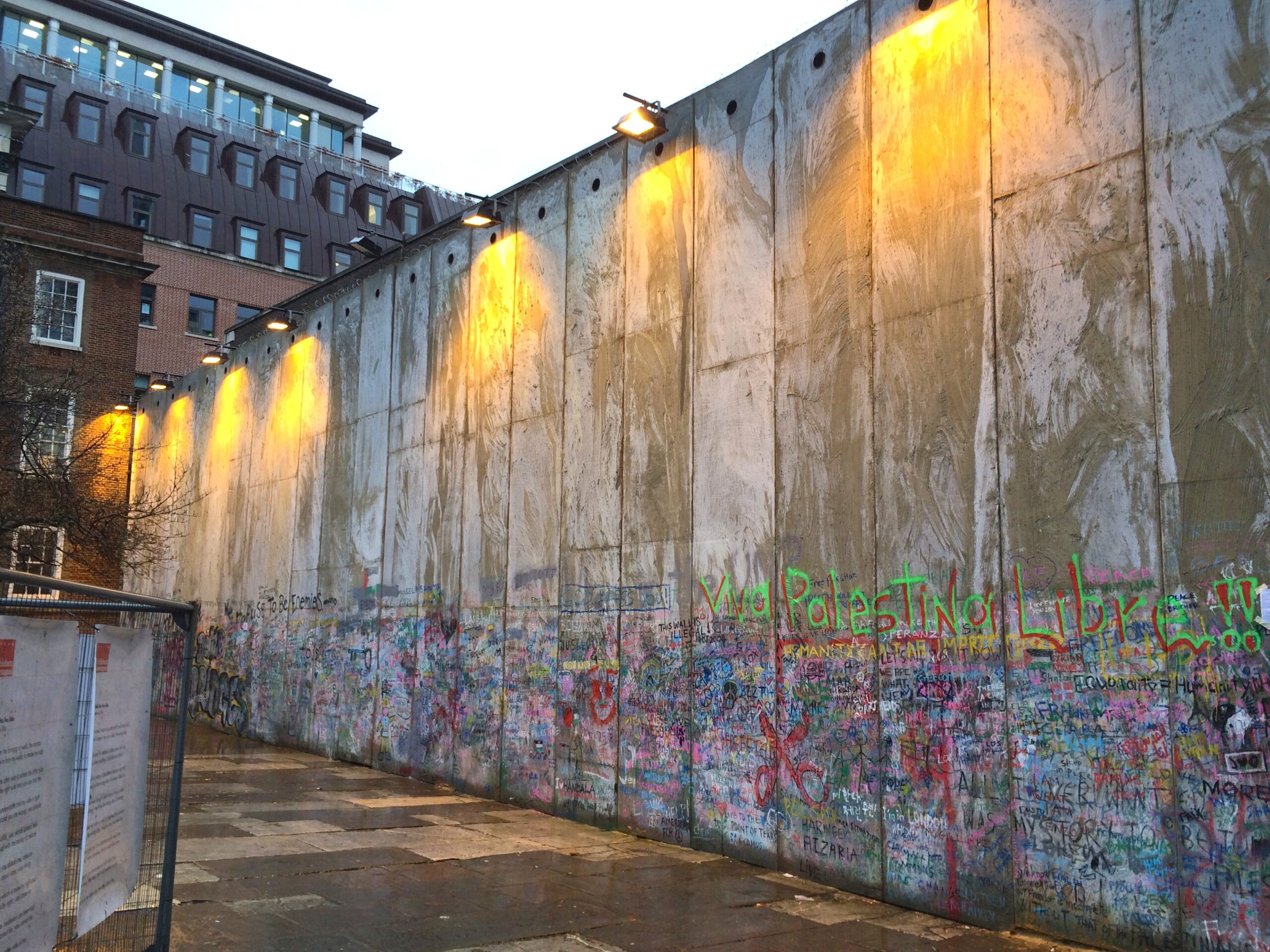 Replica of a section of the Israeli barrier built in London in 2013 as part of the international protest against the Israeli wall. (Timothy Titus, CC BY-SA 3.0, Wikimedia Commons)

Among the discriminatory actions detailed in the report is Israel’s allocation, or lack thereof, of water to Palestinians. From the report:

“Israel has used its control over parts of the Mountain Aquifer in the West Bank to serve its own citizens and settlers, in contravention of international humanitarian law which prohibits occupiers from exploiting natural resources for its own economic benefit. While 80% of the Mountain Aquifer’s water recharge area lies beneath the West Bank, Israel directly extracts about 90% of the water that is withdrawn from the aquifer annually, leaving Palestinians only the remaining 10% or so to exploit directly. In monopolizing this shared resource, Israeli authorities sharply restrict the ability of Palestinians to directly exploit their own natural resources and render them dependent on Israel for their water supply. For decades, authorities have denied Palestinians permits to drill new wells, in particular in the most productive Western Aquifer basins, or to rehabilitate existing ones. While the Oslo Accords of 1995 included provisions that promised to increase Palestinian access to water, Palestinian extraction levels have largely remained at pre-Oslo levels while the population has increased.

Despite the establishment of a ‘Joint Water Commission” (JWC) as part of the Oslo Accords, the World Bank in 2009 noted that Israel has retained “virtually all the power,” including veto power, over the West Bank’s water resources. While approving virtually all requests for Israeli-proposed projects to serve settlers, the JWC has rejected many Palestinian-initiated projects, including all requests to drill in the Western Aquifer Basin. Israelis are often permitted to drill deeper into the Aquifer, regularly develop internal settlement water networks without seeking JWC approval, and can extract water without limit when it flows downstream into Israel without need for JWC approval, while Palestinians face strict extraction quotas…

In addition, Israeli authorities have almost entirely deprived Palestinians access to water from the Jordan River, the only major surface water resource in the West Bank, by diverting its flow upstream of the West Bank.”

HRW says the findings should serve as a call to action to the international community.

Global powers like the U.S. and European Union’s approach to Israel thus far “overlooks the deeply entrenched nature of Israeli discrimination and repression of Palestinians there [and] minimizes serious human rights abuses by treating them as temporary symptoms of the occupation that the ‘peace process’ will soon cure.” This failure to hold Israel to account for its abuses, the report continues, has allowed the apartheid regime to “metastasize and consolidate.”

Among the recommendations the report lays out are for the International Criminal Court to investigate alleged crimes against humanity. The United Nations must also take action by establishing an envoy position focused on ending persecution and apartheid worldwide, and businesses operating in the OPT must stop contributing to any actions that facilitate the deprivation of Palestinian rights such as the demolition of their homes.

Israel, for its part, rejected the findings. Its foreign ministry dismissed the report’s claims as “both preposterous and false.”

Earlier this year, another human rights group—Israel-based B’Tselem—also said Israel acts as an apartheid regime in light of its policies “advancing and perpetuating the supremacy of one group—Jews—over another—Palestinians.”

B’Tselem’s executive director Hagai El-Ad said at the time: “This sobering look at reality need not lead to despair, but quite the opposite. It is a call for change. After all, people created this regime, and people can change it.”

HRW’s Roth, in his statement Tuesday, gave a similar message.

“While much of the world treats Israel’s half-century occupation as a temporary situation that a decades-long ‘peace process’ will soon cure, the oppression of Palestinians there has reached a threshold and a permanence that meets the definitions of the crimes of apartheid and persecution,” he said.

“Those who strive for Israeli-Palestinian peace, whether a one or two-state solution or a confederation, should in the meantime recognize this reality for what it is,” said Roth, “and bring to bear the sorts of human rights tools needed to end it.”