It was never easy, but part of the code of practicing journalism was to not favor one political party over the other in day-to-day political reporting. 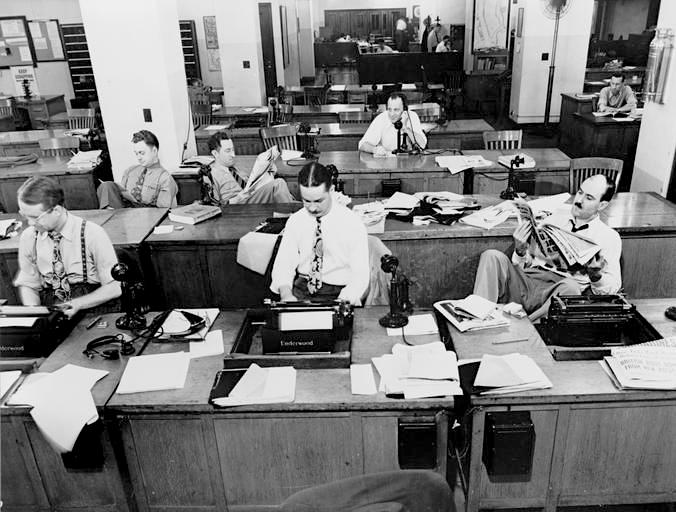 One of the most exciting things about political journalism used to be taking a ring-side seat at the arena, reporting the blow-by-blows and explaining the consequences to the public. It was never easy, but it was the challenge of a reporter to put one’s biases aside and take on a role as an outsider.

Impartiality is not the same as objectivity, which also requires distance from the object being reported on, to try to inspect it from all sides. Of course it was never possible to be completely objective because a reporter always has a point of view.

Impartiality is different. It means not being partial to sides in a dispute but explaining the interests at stake from both sides. If one side was clearly wrong and the other side right — at most times there’s plenty of gray — the facts of the story would bear that out, without having to say so directly.

Even the pretense of impartiality in the media today is all but gone.  Fox News in 1996 could be said to have started the end of it. Instead of television reporting, it pushed the Republican Party agenda. When Fox killed CNN and MSNBC in the ratings, the latter two gradually moved towards pushing the Democratic Party agenda.

Thus, impartially reporting the inherent conflicts and drama of politics has largely been lost in favor of openly taking sides.

[Reporting on foreign policy and U.S. adventurism has almost always been partial to the U.S.]

The sheer amount of news in a newspaper and on a television broadcast has also been sacrificed. Just consider this: In the 1950s The New York Daily News, a tabloid, had a five-person bureau at United Nations Headquarters — two blocks down 42nd Street from the then News headquarters. The paper would report on General Assembly committee meetings! Hardly a large newspaper has a correspondent at all at the UN these days.

On television, CNN was chock full of news and investigative pieces in its earliest years until Fox News ruined it.  CNN and MSNBC could have stood its ground and remained committed to news — and accept lower ratings.

At Consortium News we have been working for more than a quarter century to continue giving you the kind of news that is being lost. We are not partial to either major U.S. party.  We are equal-opportunity criticizers.

4 comments for “When Media at Least Tried to Be Impartial”