Exceptionalism and universalism are the third rails in the U.S.: Any public figure who questions either will suffer a kind of political electrocution. 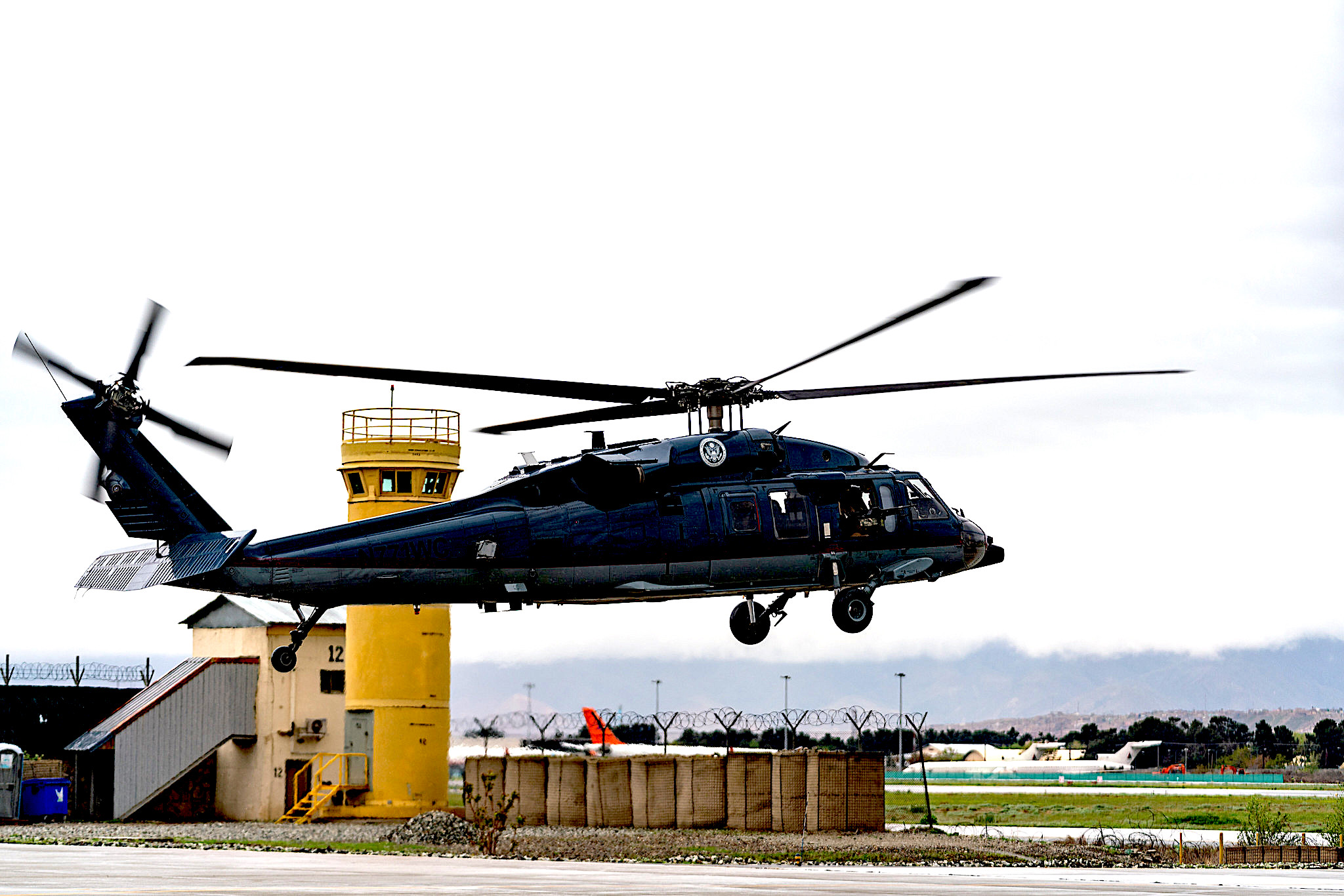 “’It is time to end the forever war.’” That is The New York Times quoting Joe Biden in a banner headline across six columns last Wednesday, when our president announced his plans to withdraw all remaining U.S. “combat” troops from Afghanistan by Sept. 11.

Foreign Policy put it this way the following day: “Biden Just Made a Historic Break With the Logic of Forever War.”

Now we know what we are supposed to think about the regime’s plans. We are supposed to think Biden has just decisively pointed our late-phase empire in a new direction.  We shall “lead with diplomacy,” as the already tiresome phrase has it. We shall “demilitarize foreign policy” — another new fav among the policy cliques. An era of peace lies before us, all thanks due to the man from Scranton.

And now we must set about understanding the regime’s plans for what they truly are and are not. As we do, let us not forget that Biden has traveled with a considerable inventory of snake oil in his satchel the whole of his political career.

It is a fine thing to pull the lingering contingent of American soldiers out of Afghanistan after 20 years of pointless violence, destruction, social disruption, and the rest of the havoc wreaked by war. This holds whatever their number, and the record in these matters offers little reason to assume the official count of 2,500 is true to reality. But we had better keep our feet on the ground as we look for the larger significance of this act. 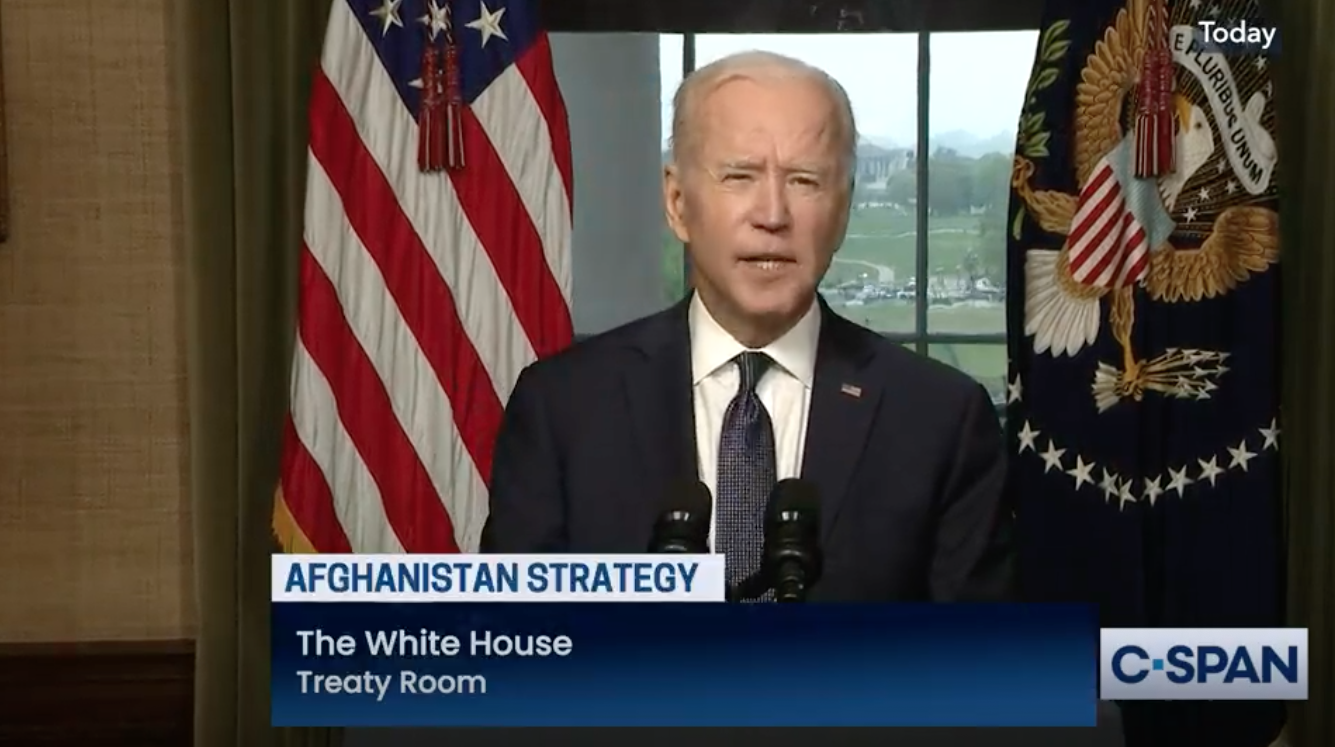 On the face of it, we do not yet know what the Biden regime means by “soldiers.” Will special forces units remain (as is likely), and in what number? What about CIA operatives of various kinds? How many of them? How many drone operators? And how do these numbers, whatever they are, stack up against the 2,500 now scheduled to leave?

We have, as well, the extensively publicized phenom of the “camo economy,” as the Cost of War Project at Brown University usefully puts it. This refers to the wholesale commercialization of our imperial exploits, as James McCartney and Molly Sinclair McCartney first explained in America’s War Machine: Vested Interests, Endless Conflicts (St. Martin’s Press).

Here are the Cost of War’s numbers: By 2019, the most recent year they were toted up, there were 35,000 troops in the Middle East and 53,000 “contractors,” our weaselly, self-deluding term for mercenaries. As Heidi Peltier and her colleagues at Brown tell us, roughly 7,000 U.S. soldiers have died in our Greater Middle East wars since the invasion of Afghanistan in 2001, as against 8,000 mercenaries.

The first empire in history to hide itself from its own people.

My conclusion on this point: Bearing in mind that our president is a serial liar — demonstrably, it is in the record — we had better be ready to learn over the next four or five months that the U.S. is at last pulling out of Afghanistan, except that it is not. Remember the checks that went from $2,000 to $1,400 without so much as a by-your-leave? In my read we are about to get another one in the latter amount.

“But will he really end the United States’ other open-ended conflicts?” This was the question Foreign Policy posed just under its headline touting Biden’s “historic break.” I credit FP for its honesty on this occasion. It is the essential question.

We now come to the matter of what Biden did not address or have anything to say about last week. 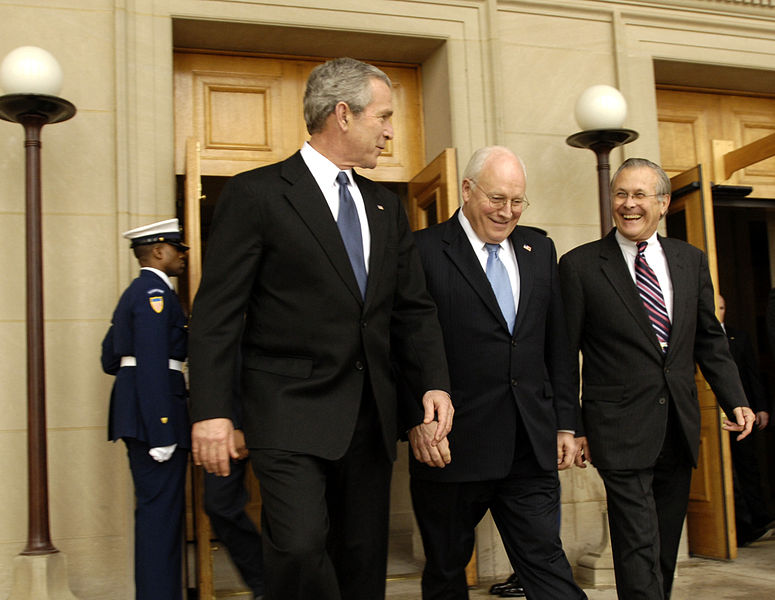 Those applauding the Biden plan do so because the Pentagon failed in its shape-shifting, multiply, defined “mission” in Afghanistan. The military proved unable to get done what America wanted to get done, whether this was wipe out a domestic insurgency or build a nation or make Afghanistan a democracy just like ours. It has not worked and has not been worth it — this is the prevailing sentiment among those approving of the withdrawal, and I have heard of no exception.

The critics have been many, of course, as have their arguments. Afghanistan will disgrace us as Vietnam did, neocon columnist Max Boot asserted in a piece much remarked for its stupidity. We’re in South Korea more or less permanently. What’s the matter with another such presence, and so what if this one is 7,000 miles from our shores? Making the rounds last week was the thought that U.S. soldiers must remain in Afghanistan to protect the gains Afghan women have made by way of civil and social rights.

All of these arguments, the pro and the con, fall well short of what is fundamentally at issue in Afghanistan and in American foreign policy altogether. This is the question of method as against purpose, or as Aristotelian Greeks would say, techne (means) as against telos (ends, one’s goal).

America and its people have been preoccupied with method, the “how” of things, since their beginnings as a nation. This is because our telos, the purpose of all we do, is taken as a given: Who we are and what we do is ordained by Providence, fixed in the firmament and need not be questioned.

From this derive our exceptionalism and (its still more pernicious sibling) our universalism. The former licenses us to act beyond the laws of humankind, and the latter confers upon us the task of imparting our great, good fortune to the rest of the world. 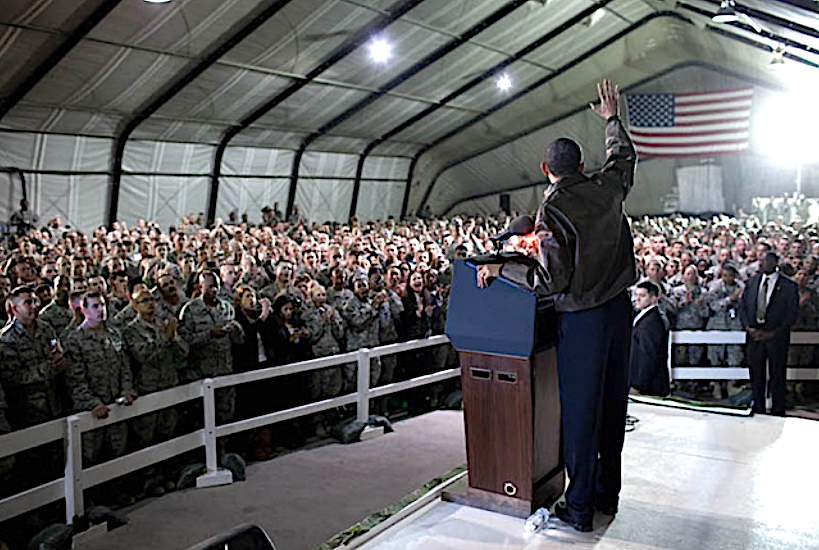 It was Woodrow Wilson who ushered American exceptionalism and universalism into the 20th century and our political elites have been Wilsonian, neo–Wilsonsian, or closet Wilsonian without variance ever since. At this point, very unfortunately, these two ideological pillars are the third rails in American politics: Any public figure who questions either will suffer a kind of political electrocution.

This was Obama’s failing on the foreign policy side. Purportedly eager to renovate U.S. conduct abroad, he tinkered with America’s means — fewer troops, more drones, and so on — but never dared challenge prevailing assumptions as to what America was doing in the world, its providential responsibility.

And here we are.

Consider briefly the argument that we must remain in Afghanistan to protect women’s rights. This is supposed to be a progressive, enlightened position, but it is in fact profoundly reactionary. Those making this case are saying in so many words, “This is our American idea of women’s rights, and so must it be yours.” Reactionary, universalist, cynical, imperial: This argument is all of these.

At the horizon it is oblivious to the fact that achieving rights of any kind involves assertions of autonomy and agency that give value to the rights gained and dignity to those who have fought for them. Bitter the fights will be for women and other constituencies in Afghanistan, there is no question of this. But they must be Afghans’ fights if we take Afghanistan for Afghans as the true telos.

Now we can answer that vital question Foreign Policy posed. No, there is no way under the sun Biden will “really end the United States’ other open-ended conflicts” because, by design, he has not equipped himself to do any such thing. He did not question America’s purpose to make the world in our image when he spoke last week; he called into question the means by which we conduct our modern-day version of the old mission civilisatrice. On we will go in our imperial adventures.

It is remarkable to put Donald Trump next to Joe Biden as we reflect on these matters. A storm of fecal matter greeted Trump when he proposed to bring all U.S. troops home — not just from Afghanistan but from Iraq and Syria, too, in the course of his time in the White House. Now Biden, his frivolous critics aside, is valorized for doing what appears the same thing. Now the Pentagon that undermined Trump’s policies acquiesces in Biden’s.

But appearances deceive. Biden is not doing the same thing if we consider events carefully. Trump was explicitly a critic of American exceptionalism and universalism. He rejected both, and this was his sin. One need carry no standard for Trump to recognize that he was correct to shake loose these two pillars of our empire. Seat-of-the-pants Trump could have made a significant difference, a mark on American history, had those few good ideas he had not been subverted.

Biden will make no such difference, banner headlines in The Times notwithstanding.