By enriching uranium at the 60 percent level of purity, Iran is applying its own strategy of diplomatic leverage, Gareth Porter reports. 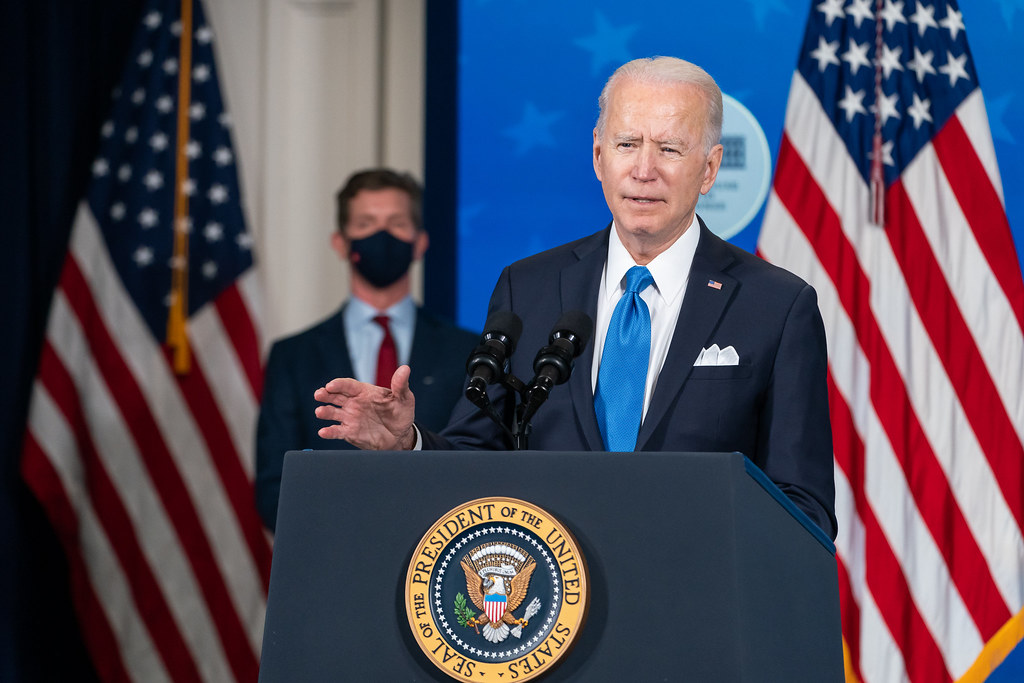 The Biden administration signaled once again at the April 9 Vienna meeting on the Iran nuclear deal that it intends to maintain Trump-era Iran sanctions in an effort to win political and military concessions going well beyond the original deal itself. Team Biden continued to insist during the conference that Iran return to full compliance with the nuclear agreement without any reciprocal U.S.  commitment to remove the sanctions President Donald Trump imposed after abandoning the agreement in 2018.

The Biden administration’s stance on the Joint Comprehensive Plan of Action (JCPOA) has already provoked a forceful response from Iran. Rather than enriching uranium at the 20 percent level that was used before Washington began making its new demands, Tehran has begun enriching to 60 percent purity.

In a video press conference with journalists after the first round of the “Joint Commission” of the JCPOA in Vienna, an unnamed “senior official” implied that the Biden administration intends to maintain sanctions on Iran, framing them as necessary political leverage. The unnamed U.S.  official also griped about “repeated statements by Iranians that all sanctions imposed since 2017 have to be lifted.”

Asserting the Biden administration’s position on the JCPOA, the official stated: “[U]nder the deal the U.S.  retains the right to impose sanctions for non-nuclear reasons, whether it’s terrorism or human rights violations or interference with our elections, et cetera.”

However, the official refused to clarify just how the Biden administration distinguishes between “legitimate” and “illegitimate” sanctions. The Biden administration’s deliberate ambiguity on that central point strongly suggests a determination to force Iran into making concessions on issues which happen to be Israeli priorities: lengthening the sunset dates of Iran’s key JCPOA obligations as well as imposing limits on its ballistic missile program and regional alliances.

Abbas Araghchi, Iran’s deputy foreign minister for political affairs, has made it clear that Iran will not bend to the Biden administration’s diplomatic coercion. Just before the Vienna meeting, he said, “The U.S.  should remove … all sanctions that were reimposed after Trump’s withdrawal from the JCPOA or newly imposed or relabeled … and then we [will] verify and return to our commitments.” 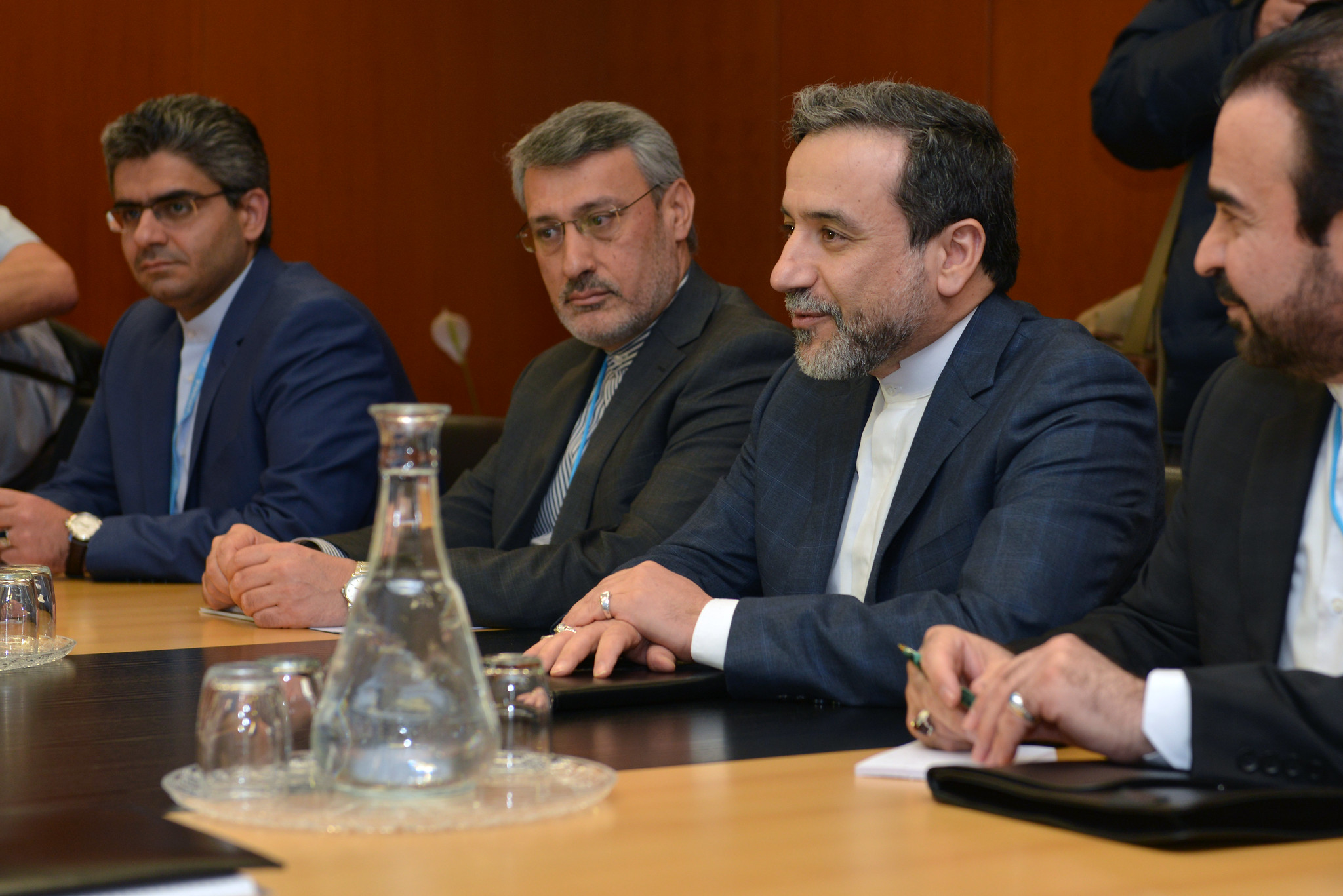 Further evidence of the obdurate U.S.  strategy came in the form of comments made by Secretary of State Antony Blinken in a March 3 interview with PBS Newshour.

While crediting the JCPOA with having “put Iran’s nuclear program in a box,” Blinken ignored the fact that the agreement had resulted from Tehran’s acceptance of limits on its nuclear program for several years in return for the removal of U.S.  and UN sanctions.

Blinken even framed the Trump administration’s withdrawal from the nuclear deal as though it were a consensus U.S.  policy rather than an extremist policy that Biden himself had attacked.

“When we pulled out of the nuclear agreement,” he said, “Iran then started to break out from that box. And it is now in a position where it is closer to having the ability to produce fissile material for a nuclear weapon on short order, in a matter of months.” 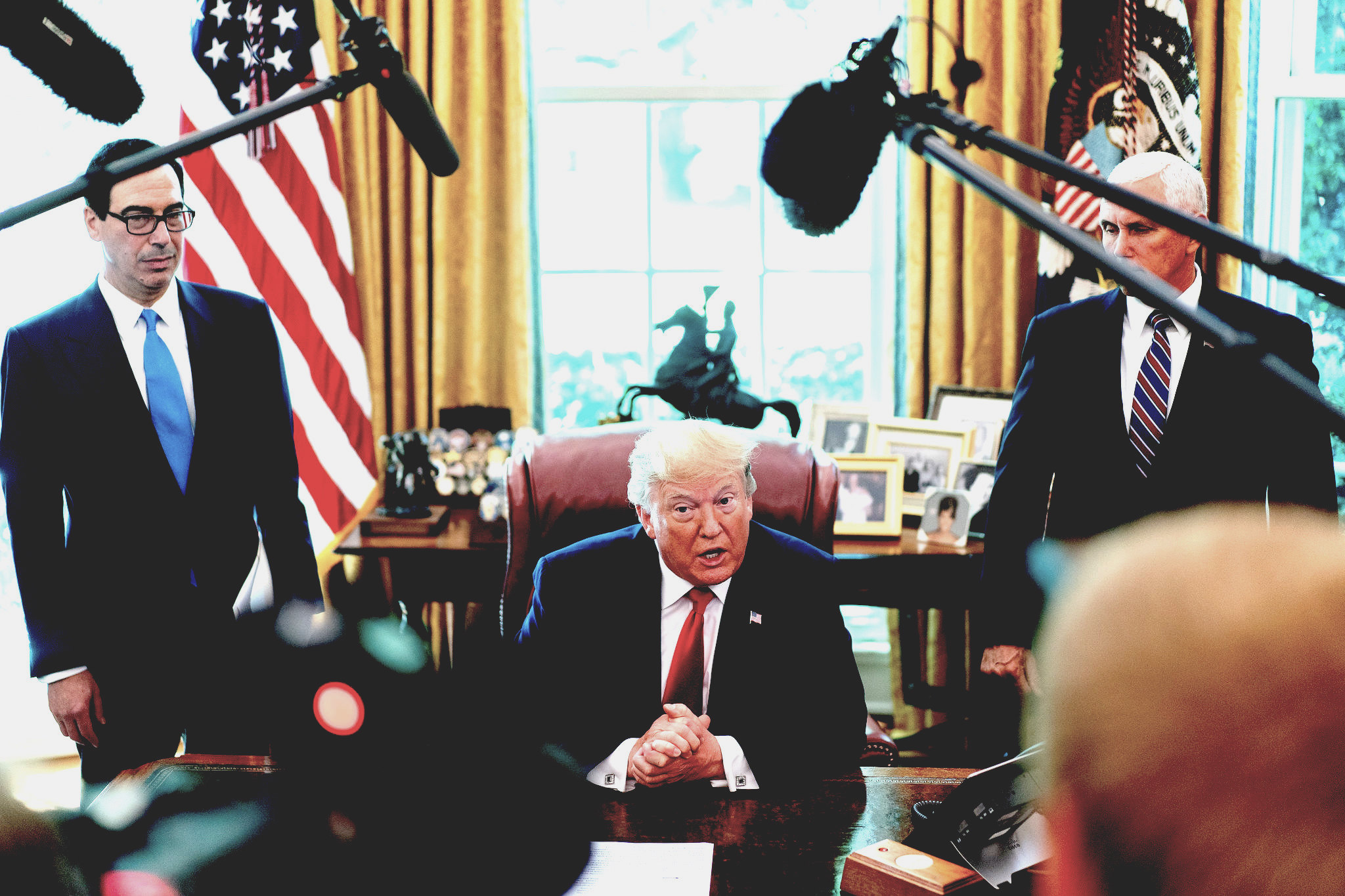 Blinken emphasized that the Biden administration has “a real interest in trying to put Iran back into that box.” Yet he downplayed the role of sanctions relief in returning to the original JCPOA. “We have been very clear that Iran has to come back into compliance with its obligations under the nuclear agreement,” he stated. “And if it does, we will do the same thing… that would involve, if they do it, some sanctions relief.”

The Biden strategy of coercion as outlined by both the anonymous senior U.S.  official and Blinken is entirely consistent with multiple indications of the Biden team’s intentions signaled well before Biden’s electoral victory.

The Biden administration saw an opportunity to exploit diplomatic coercion on Iran because Trump, responding to pressures from Israeli Prime Minister Benjamin Netanyahu and major pro-Israel Trump donors, had abandoned the nuclear agreement and embarked on what his administration called a “maximum pressure” campaign. Trump announced the U.S.  withdrawal from the JCPOA on May 8, 2018, then declared the reinstatement of all U.S.  sanctions on Iran that had been removed under the 2015 deal.

In making that decision public, the Trump administration highlighted the secondary sanctions against countries that had imported Iranian oil — but also gave waivers for six months to eight countries it said had already reduced their imports from Iran significantly.

The Trump administration was merely continuing a technique for attacking the Iranian economy that had been pioneered by Obama-era Under Secretary of Treasury for Terrorism and Financial Intelligence Stuart Levey. The key to his strategy, Levey explained in congressional testimony in 2010, was to focus on “illicit conduct” by Iran, such as Iran’s missile program or its alleged support for terrorism, in order to “maximize the chances of achieving a truly multinational coalition” for breaking or avoiding economic ties with Iran. 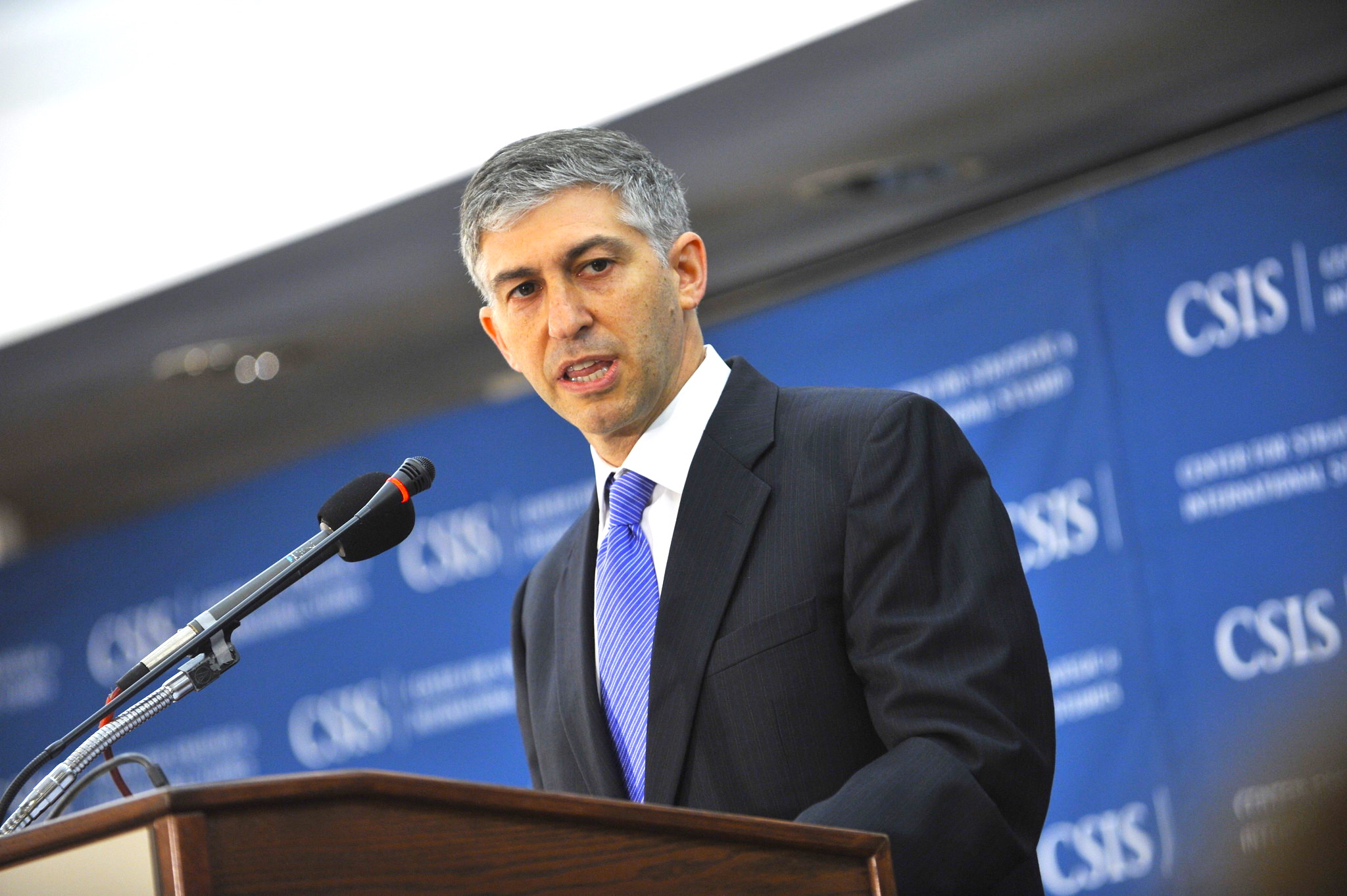 Levey identified UN Security Council Resolution 1929, adopted in 2010, which calls for a wide range of actions by member states against Iran over nuclear and missile activity, as crucial to his approach.  He sought to exploit the fear of foreign companies that their investment in Iran could be linked to any Iranian activities labeled as “illicit.”

“The operating presumption,” Levey suggested, “should be that virtually all transactions or financial services involving Iran could contribute to its nuclear or missile programs.” Levey saw the establishment of that “presumption” as the key to frightening potential investors away from Iran.

Even though the Treasury sanctions legally apply only to assets and transactions under U.S.  jurisdiction, Levey observed, “[W]e have found over the years that many banks and businesses around the world cut off dealings with designated targets…” 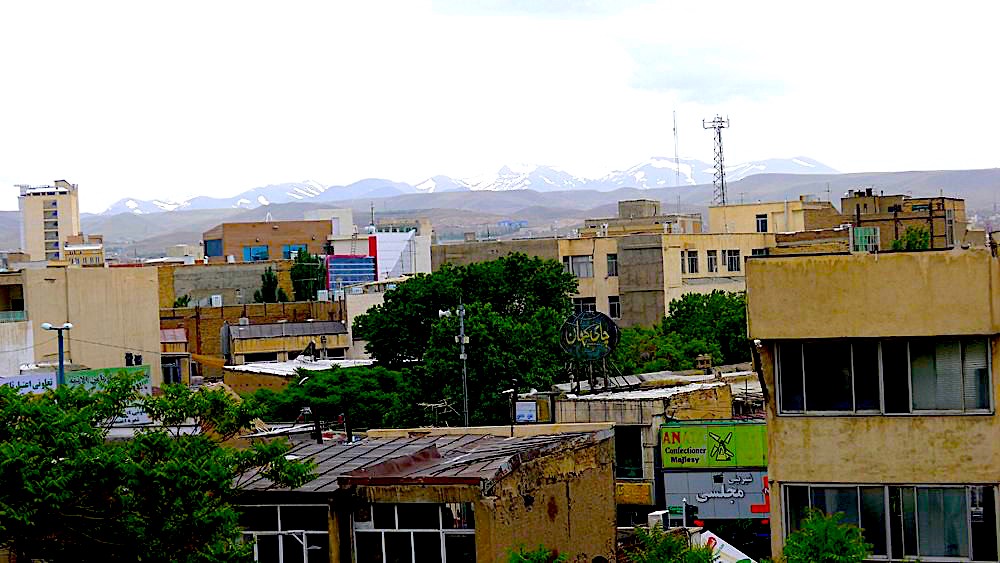 By enriching uranium at the 60 percent level of purity, Iran is applying its own strategy of diplomatic leverage, hoping to force an end to economic sanctions ravaging its economy. Tehran employed the same tactic in 2012, pressuring the Obama administration to drop its insistence that Iran essentially give up its enrichment program entirely.

The Obama administration believed it was well positioned to force Iran to give up its nuclear ambitions. To whittle away at U.S.  diplomatic pressure, Iran doubled its total number of centrifuges onsite between May and August 2012, but it never actually used the bulk of that capability to enrich uranium. None of the newly installed centrifuges were even connected with pipes; and only one third of those that were connected were actually enriching. In September 2012, Iran offered to end its policy of 20 percent enrichment in return for the lifting of sanctions. An Obama administration official acknowledged that Iran had gained “leverage” by creating a high degree of capacity, but not using it.

The result was the compromise at the heart of the JCPOA: Iran agreed to give up its ability to produce enough enriched uranium for a nuclear weapon and the U.S.  removed its economic sanctions that had blocked Iran from achieving its development goals.

Now, the Biden administration is planning to exploit the crushing sanctions regime it inherited from Trump to extract further concessions from Iran. Those sanctions have brought what the IMF has called “extreme distress” to Iranian economy and society, increasing inflation and unemployment, and sharply reducing popular access to food, healthcare and medicine.

But any notion that U.S.  sanctions would result in popular pressure for government concessions on the nuclear deal was contradicted by a survey of Iranian public opinion by the University of Maryland’s School of Public Policy in late 2019 which found that a solid majority of Iranians now questioned whether Iran should have signed the JCPOA in the first place.

Nevertheless, Joe Biden, Secretary of State Blinken and other top officials in the administration are acutely attuned to Israeli strategic thinking. They appear convinced that their ability to pressure Iran through sanctions has been strengthened –– especially after the April 11 Israeli sabotage attack on the Natanz enrichment facility, which will set back Iranian enrichment plans at the facility for at least nine months.

But the Biden team’s hopes that Iran could be coerced to return to the nuclear deal while the U.S.  attempts to economically strangle Iran until it accedes to its demands demonstrates a breathtaking lack of perspective. If this delusional mindset prevails, it is likely to lead to a much more serious crisis in the coming months.

← PATRICK LAWRENCE: Biden’s Banner Headlines on Afghanistan Obscure US Motives
‘Power to the Platform:’ The Tactics of Airbnb & Uber →