Press-freedom, peace and human-rights advocates are rallying behind Daniel Hale, the former intelligence analyst who blew the whistle on the U.S. government’s drone assassination program, and who pleaded guilty last week in federal court to violating the Espionage Act.

The Washington Post reports Hale, who was set to go on trial this week, pleaded guilty to a single count of violating the 1917 law that has been used to target WikiLeaks publisher Julian Assange and whistleblowers John Kiriakou, Chelsea Manning, Edward Snowden, Jeffrey Sterling, Reality Winner and others.

Hale was charged in 2019 during the Trump administration after he leaked classified information on the U.S. government’s targeted assassination program to a reporter, who according to court documents, matches the description of The Intercept founding editor Jeremy Scahill. He is the first person to face sentencing for an Espionage Act offense during the administration of President Joe Biden.

As vice president under President Barack Obama, Biden contributed to the creation of whistleblower protections in the Dodd-Frank Wall Street Reform and Consumer Protection Act, while simultaneously serving in an administration that, while promising “a new era of open government,” relentlessly targeted individuals who revealed U.S. war crimes and other classified information.

Kiriakou — a former CIA agent who under Obama was sentenced to 30 months’ imprisonment for exposing U.S. torture — told Kevin Gosztola that he is “disappointed that Daniel Hale’s case was continued in the Biden Justice Department.”

“I had hopes that Biden’s Justice Department appointee would recognize the public service that Daniel Hale provided when he revealed illegality and abuse in the drone program,” said Kiriakou.

Hale, who was an intelligence analyst for the U.S. Air Force before moving on to the National Security Agency and then the National Geospatial-Intelligence Agency, “knowingly took highly classified documents and disclosed them without authorization, thereby violating his solemn obligations to our country,” according to a statement from Raj Parekh, the acting U.S. attorney for the Eastern District of Virginia. 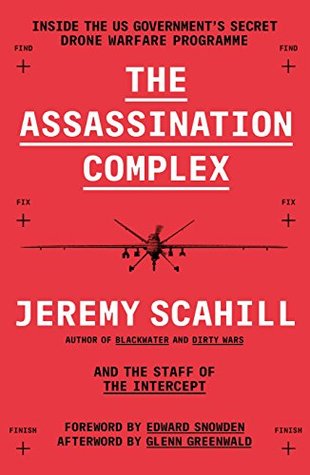 According to Gosztola, Hale’s whistleblowing led to the revelation by The Intercept that “nearly half of the people on the U.S. government’s widely shared database of terrorist suspects are not connected to any known terrorist group,” details on how the Obama administration approved targeted assassinations and information about Bilal el-Berjawi, a Briton “who was stripped of his citizenship before being killed in a U.S. drone strike in 2012.”

The Post reports that Hale admitted in court to writing an anonymous chapter in Scahill’s 2016 book, The Assassination Complex: Inside the Government’s Secret Drone Warfare Program, which divulged information taken from top-secret documents about drone strike protocols, civilian casualties, and Pentagon officials’ debate about the accuracy of intelligence.

“These documents detailed a secret, unaccountable process for targeting and killing people around the world, including U.S. citizens, through drone strikes,” Betsy Reed, editor-in-chief of The Intercept, said after Hale’s indictment. “They are of vital public importance, and activity related to their disclosure is protected by the First Amendment.”

Hale had initially centered his defense on First Amendment grounds, and his numerous defenders condemned his prosecution as a violation of press freedom and freedom of speech. His lawyer, Jesselyn Radack, issued a statement saying “the U.S. government’s policy of punishing people who provide journalists with information in the public interest is a profound threat to free speech, free press, and a healthy democracy.”

“Every whistleblower jailed under the Espionage Act is a threat to the work of national security journalists and the sources they rely upon to hold the government accountable,” she added.

Medea Benjamin, co-founder of the women-led peace group CodePink, tweeted that it’s “outrageous that drone whistleblower Daniel Hale will be going to prison for exposing the drone murders by the U.S. military. Why don’t the murderers go to jail? Or the ones who ok the murders? Or the ones who make the killer drones and profit from murder?”

Hale’s sentencing is scheduled for July 13. He faces up to 10 years behind bars. Kiriakou told Gosztola that he hopes the judge “recognizes the good in what Daniel Hale has done and gives him the lightest possible sentence.”