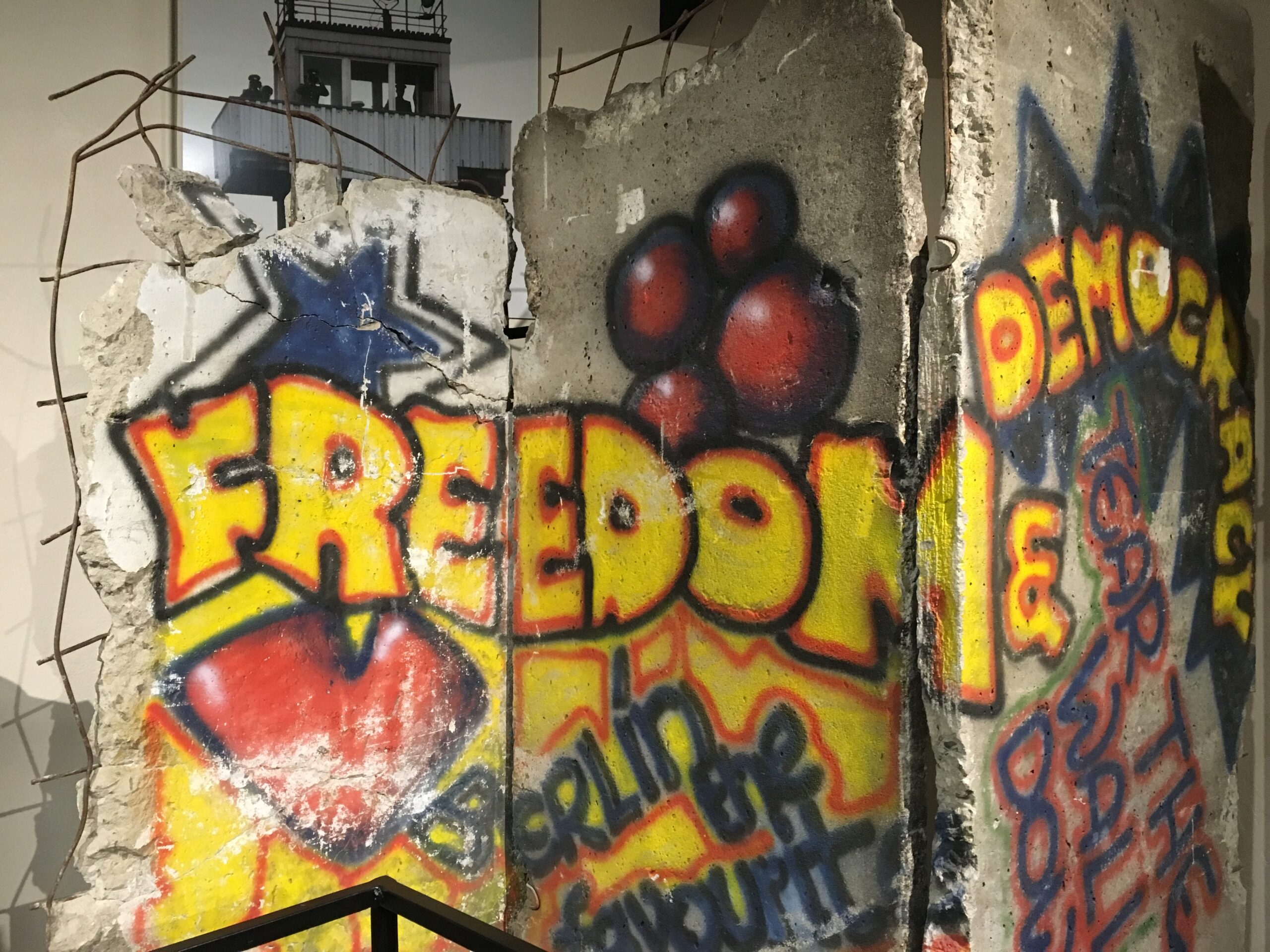 Formal democracies retain their constitutions and their laws, their elections and their public hearings – all part of the panoply of modern democracies. They fail, however, to actually listen to the suffering of the people, writes Vijay Prashad.

Stencilled in red on the walls of Santiago, Chile, is a statement of fact: “your privileges are not universal” (tus privilegios no son universales).

This is a factual declaration because the privileges of power and property are not shared across the gaping class divide. Consider the fact that before the pandemic struck last year, over 3 billion people —or half the world’s population — had no access to health care. This data appears in a 2017 World Health Organization (WHO) report that tracks important matters such as access to basic household sanitation (lacked by 2.3 billion people) and medical care for uncontrolled hypertension (suffered by 1 billion people).

An Oxfam report from Jan. 25 called “The Inequality Virus” points out that “the pandemic could cause the biggest increase in inequality since records began, as it precipitates a simultaneous and substantial rise across many countries.”

Before the pandemic, the World Bank calculated that about 2 billion people “remain in poverty, that is, living below the standards their own societies have set for a dignified life.” Because of the pandemic-triggered jobs crisis, it is likely — the United Nations notes — that half a billion more people will sink into poverty by the end of the decade; World Bank numbers concur.

“And with the pandemic,” write the World Bank analysts, “the newly poor are more likely to live in congested urban settings and to work in the sectors most affected by lockdowns and mobility restrictions; many are engaged in informal services and not reached by existing social safety nets.” These are the billions who will slide deeper into debt and despair, with education and healthcare slipping away from them as hunger rates rise.

Nothing of what is written above is an exaggeration. All of it comes from researchers and analysts at mainstream organizations such as the World Health Organization and the World Bank, neither of which is known to inflate the ill-effects of capitalist policy.

If anything, these organizations have a tendency to minimize the perils of privatization and corporate-based policies, urging on further cuts to public systems. During the tenure of Gro Harlem Brundtland at the helm of the WHO (1998-2003), the organization encouraged the creation of Private-Public Partnerships (PPPs) and Product Development Partnerships (PDPs). The WHO’s emphasis on the private sector — alongside pressure from the International Monetary Fund to cut public sector funding — accelerated the hemorrhaging of public health systems in many of the poorer countries. 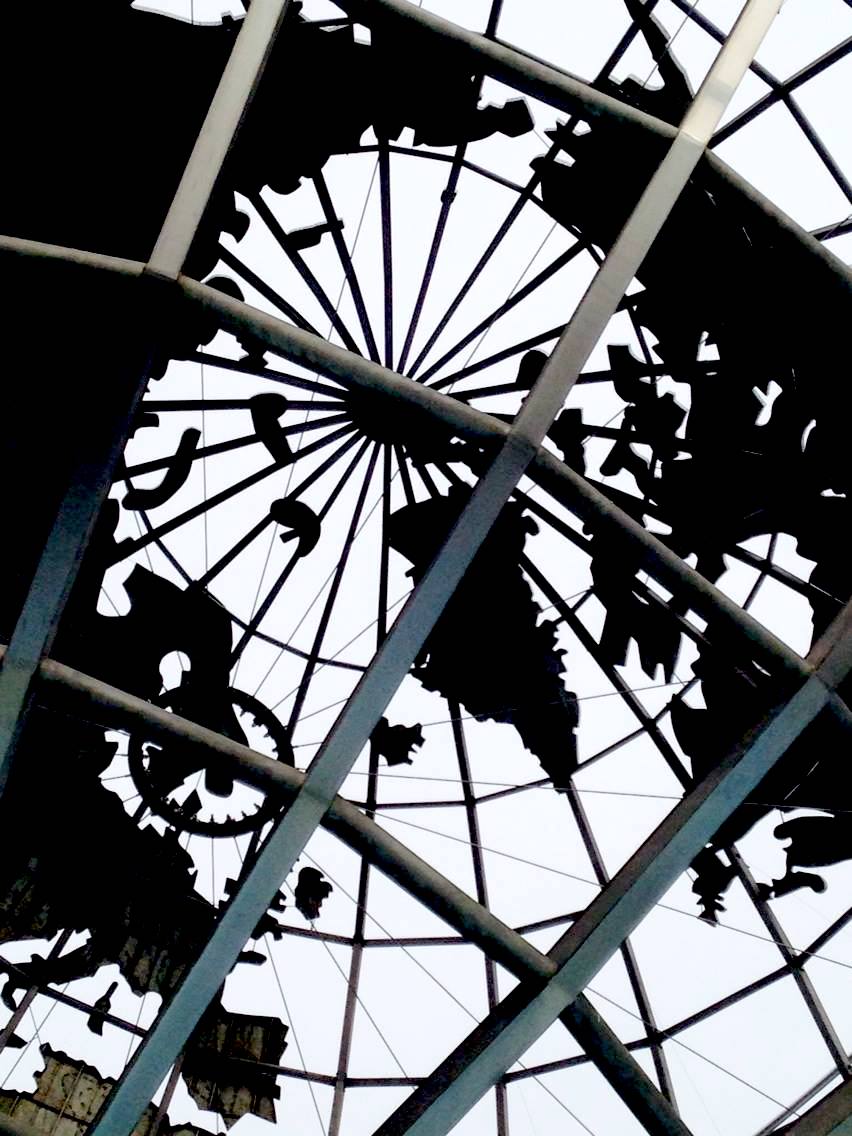 When the WHO should have led the fight to deepen public health systems and to create regional and national pharmaceutical production systems, the agency produced PPP platforms such as the underfunded Global Alliance for Vaccines and Immunizations (GAVI). Along with other agencies, GAVI is now spluttering forward to provide Covid-19 vaccines to low-income countries. The people who produced global austerity, a desert of possibilities, only now recognize the perils of the inequality virus.

To be anxious about inequality is insufficient. A range of possible, common-sense reforms are being demanded by people’s organizations across the world, which include:

These two basic measures could be easily financed by the money now exported to service odious debts. But such logical solutions that would provide immediate relief to people are set aside. Despite the strong words about the problems posed by austerity, more austerity will be demanded, and more social disorder will be produced. 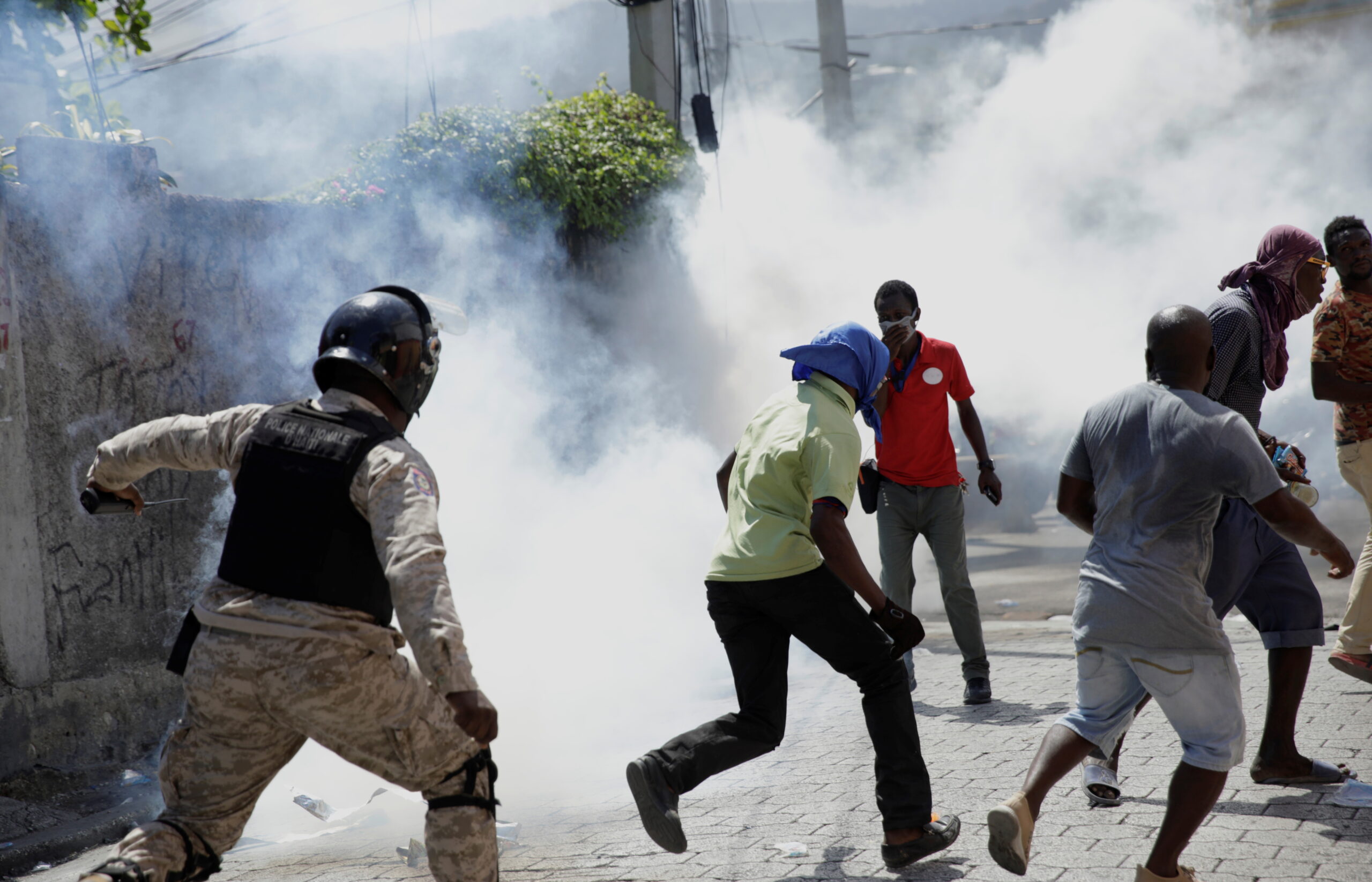 Rather than focus attention on the actual problems that face the planet’s people and acknowledge the democratic demands coming from people’s organizations and manifestations, government after government has taken refuge in undemocratic behavior. 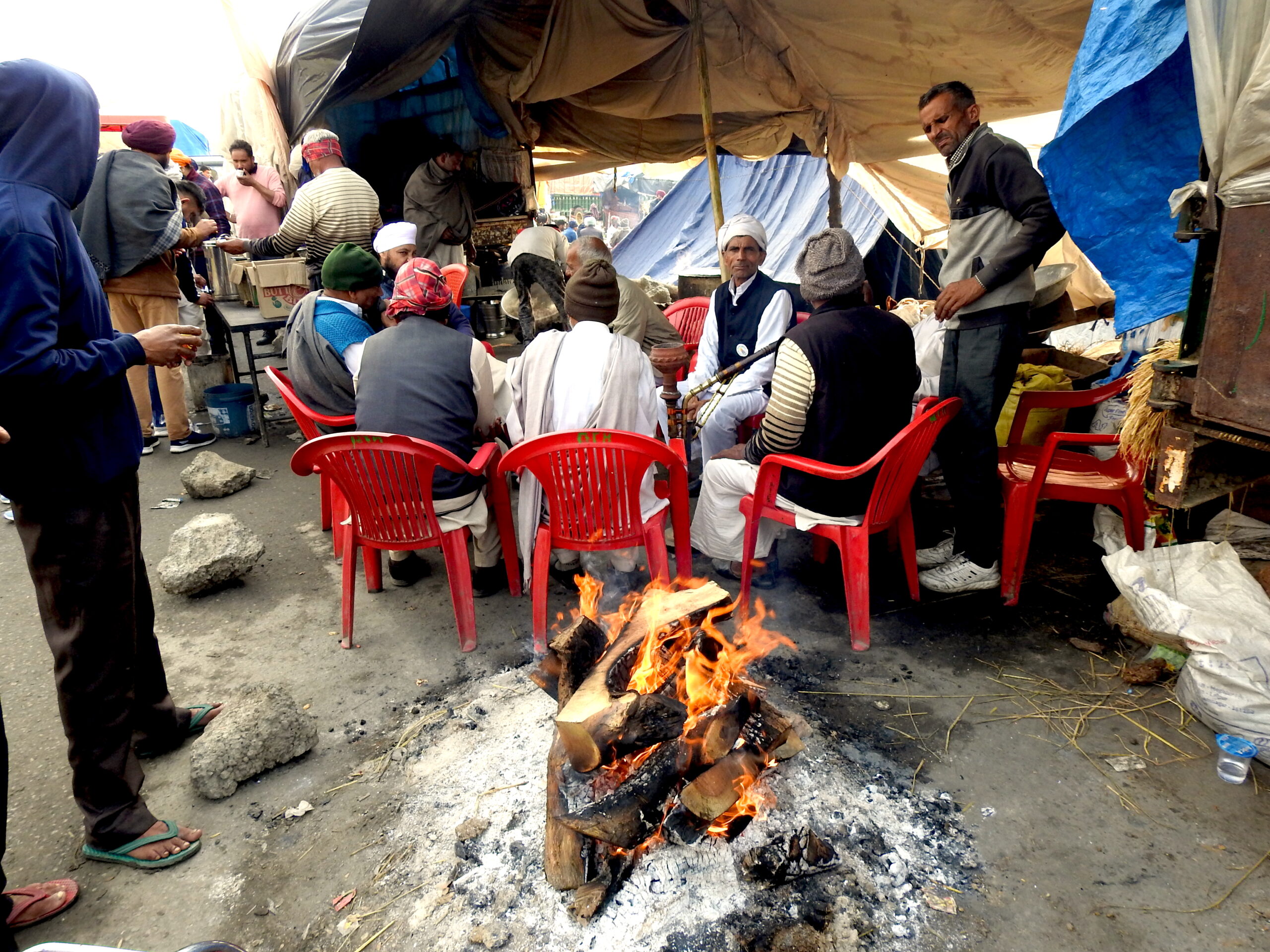 When this did not work, the government went after reporters and media houses that amplified the farmers’ struggle. Many who have reported on, participated in, or shown solidarity with protestors have been arrested — such as in the cases of journalist Mandeep Punia, worker rights activist Nodeep Kaur and activist Disha Ravi, who created and shared a toolkit to support the farmers.

Finally, in an act of lawfare, the government conducted a 113-hour raid against NewsClick, one of the key media houses to cover the protests; accusations of money-laundering tried to sully the name of NewsClick, which has earned the trust of millions of readers and viewers with its frontline reporting that lifted up the sentiments and demands of the agriculturalists.

Meanwhile, India’s Ministry of Education released an order on Jan. 15 that required any online conference or webinar that might discuss India’s “internal matters” and those that receive foreign sponsorship to seek prior government approval.

Similarly, the French government started a process to investigate academic research that promotes “Islamo-leftist” ideas and thereby, according to the Minister of Higher Education, “corrupts society.” In the name of Order, freedom of speech is easily set aside and the fragility of the formal nature of democracy is exposed.

The attack on NewsClick, alongside the investigation of academics in France, reveals the yawning gap between democratic ideals and the practice of statecraft.

Despite the $364 billion prêt garanti par l’État (PGE) program to provide relief for the French population, there is a serious long-term problem of inequality and joblessness. 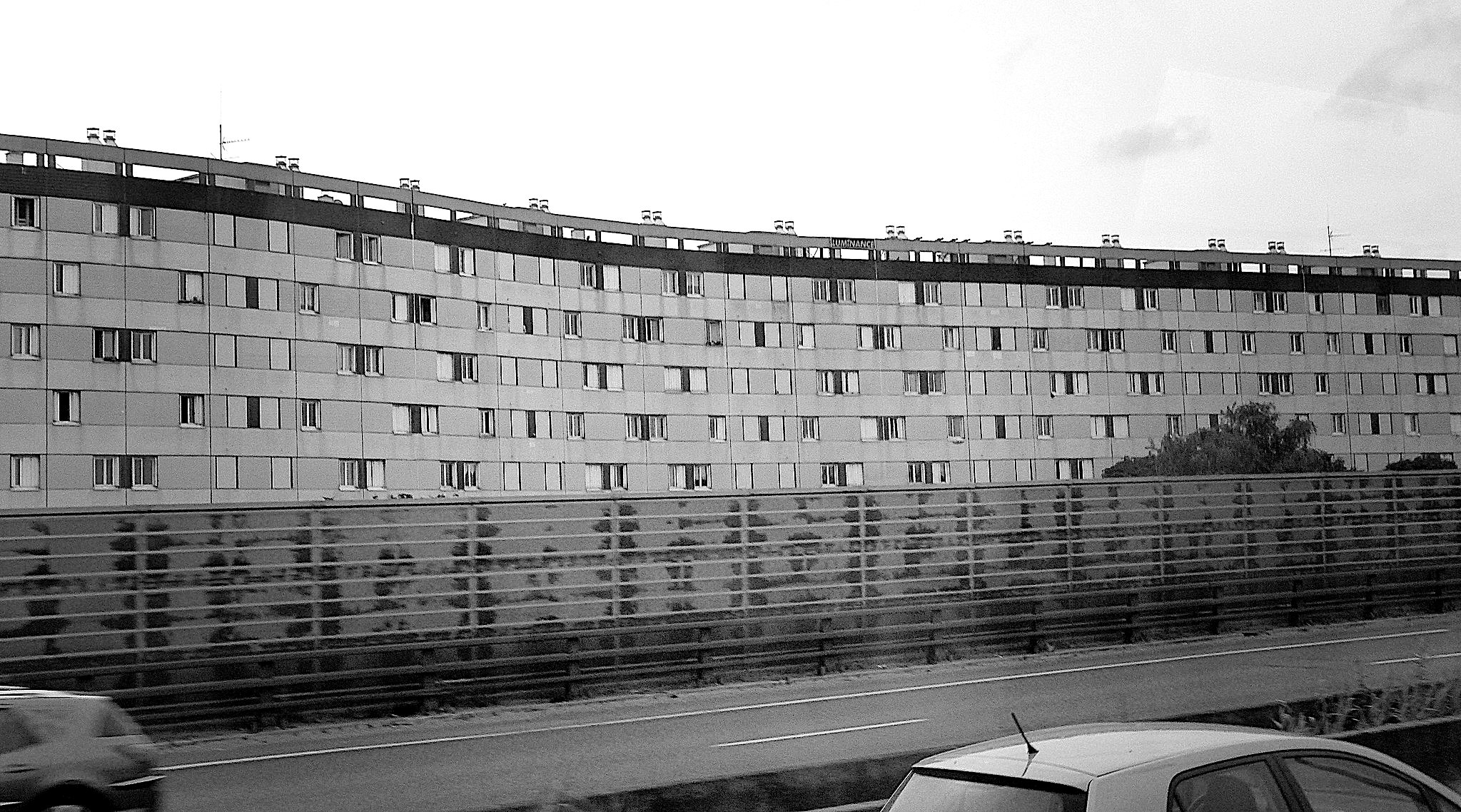 Rather than focus on this, the French government has whipped around to fight an illusionary adversary: Islamo-leftists. In the same way, faced with mass dislocation and social suffering deepened by the pandemic, the Indian government is prosecuting a war against farmers and media platforms that are sensitive to the issues raised by the farmers. Both these formal democracies retain their constitutions and their laws, their elections and their public hearings – all part of the panoply of modern democracies.

They fail, however, to actually listen to the suffering of the people, let alone the demands made by the people; they remain insensitive to the possibility of a more viable future for our societies.

During the period of the military dictatorship in Pakistan, the communist poet Habib Jalib sang:

Teargas smoke is in the air, bullets are raining around.
How can I praise you, the night of the period of myopia?

Your privileges are not universal, since your privileges earn you — the few — the vast bulk of social wealth. When the people put forward our views, you fire teargas and bullets. You believe that your myopia will allow your night-time to last forever. We praise the hopes and struggles of the people, whose desire to advance history will cut through your repression.

← WATCH: Lies, Spin and Propaganda
There Were No Calls for Censorship Against Democrats for Their False Claims About the 2016 Election →

7 comments for “Your Privileges Are Not Universal”