Many Marxists in colonized zones had never read Marx, writes Vijay Prashad in this sampling of influential leftists, many from peasant societies, who built theories appropriate to their own context. 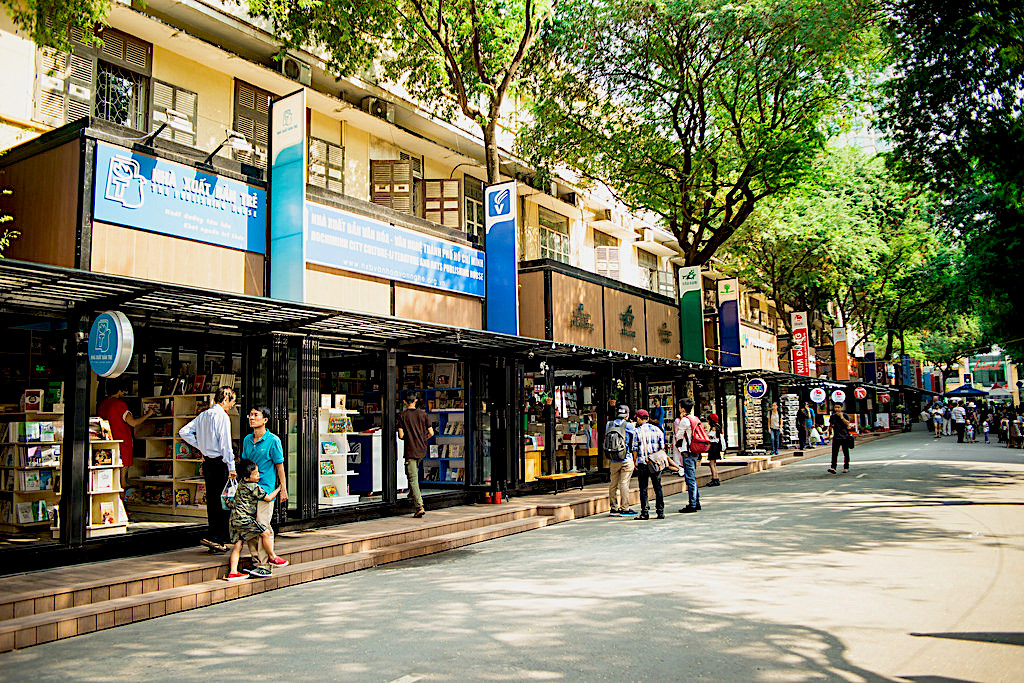 In 1911, a young Ho Chi Minh (1890-1969) arrived in France, which had colonized his homeland of Vietnam. Though he had been raised with a patriotic spirit committed to anti-colonialism, Ho Chi Minh’s temperament did not allow him to retreat into a backward-looking romanticism.
He understood that the people of Vietnam needed to draw from their own history and traditions as well as from the democratic currents set loose by the revolutionary movements around the world.

In France, he became involved in the socialist movement, which taught him about working-class struggles in Europe, although the French socialists could not bring themselves to break with the colonial policies of their country. This frustrated Ho Chi Minh. When the socialist Jean Longuet told him to read Karl Marx’s Capital, Ho Chi Minh found it hard going and later said that he mainly used it as a pillow.

The October Revolution of 1917 that inaugurated the Soviet Republic lifted Ho Chi Minh’s spirit. Not only did the working class and the peasantry take over the state and try to refashion it, but the leadership of the new state offered a strong defense of anti-colonial movements.

With great pleasure, Ho Chi Minh read V. I. Lenin’s “Theses on the National and Colonial Question,” which Lenin had written for the 1920 Communist International meeting. This young Vietnamese radical, whose country had been held in bondage from 1887, found in this text and others the theoretical and practical basis to build his own movement.

Ho Chi Minh went to Moscow, then to China, and eventually returned home to Vietnam to lead his country out of colonial oppression and out of a war imposed on Vietnam by France and the United States (a war that ended with Vietnam’s victory six years after Ho Chi Minh’s death). 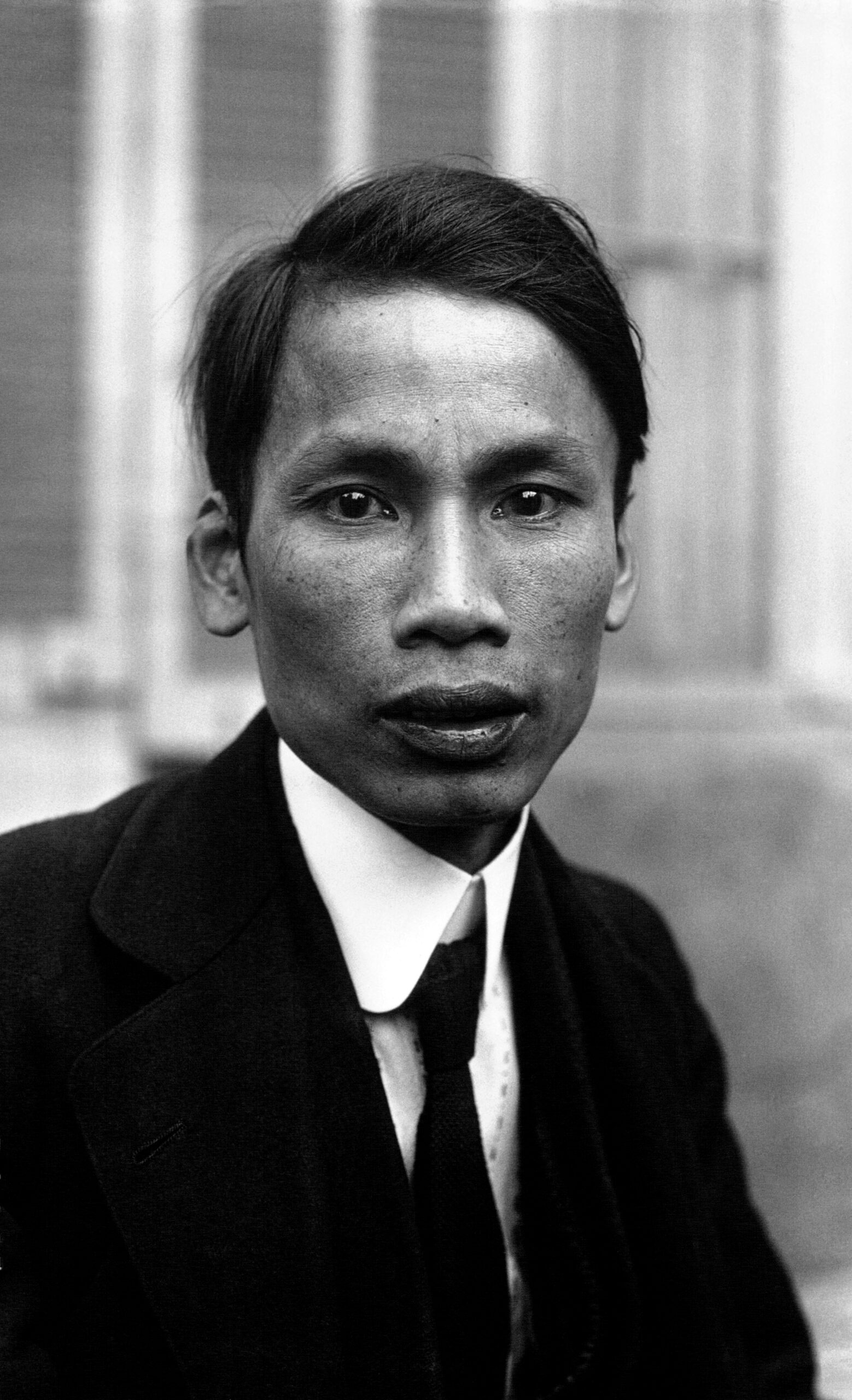 In 1929, Ho Chi Minh said that “the class struggle does not manifest itself the way it does in the West.” He did not mean that the gap between the West and the East was cultural; he meant that the struggles in places such as the former Russian Empire and Indo-China had to take into consideration a number of factors unique to these parts of the world: the structure of colonial domination, the deliberately underdeveloped productive forces, the abundance of peasants and landless agricultural workers and the inherited and reproduced wretched hierarchies of the feudal past (such as caste and patriarchy).

Creativity was necessary, which is what made the Marxists in the colonized zones build their theory of struggle out of a concrete engagement with their own complex realities. The texts written by people such as Ho Chi Minh appeared as if they were merely commentaries on the current situation, when in fact these Marxists were building their theories of struggle out of specific contexts that were not immediately apparent to Marx and his main successors within Europe (such as Karl Kautsky and Eduard Bernstein).

Tricontinental: Institute for Social Research dossier no. 37, “Dawn: Marxism and National Liberation,” explores this creative interpretation of Marxism across the Global South, from Peru’s José Carlos Mariátegui to Lebanon’s Mahdi Amel. The dossier is an invitation to a dialogue, a conversation about the entangled tradition of Marxism and national liberation, a tradition that emerges out of the October Revolution of 1917 and that deepens its roots in the anti-colonial conflicts of the 20th and 21st centuries. 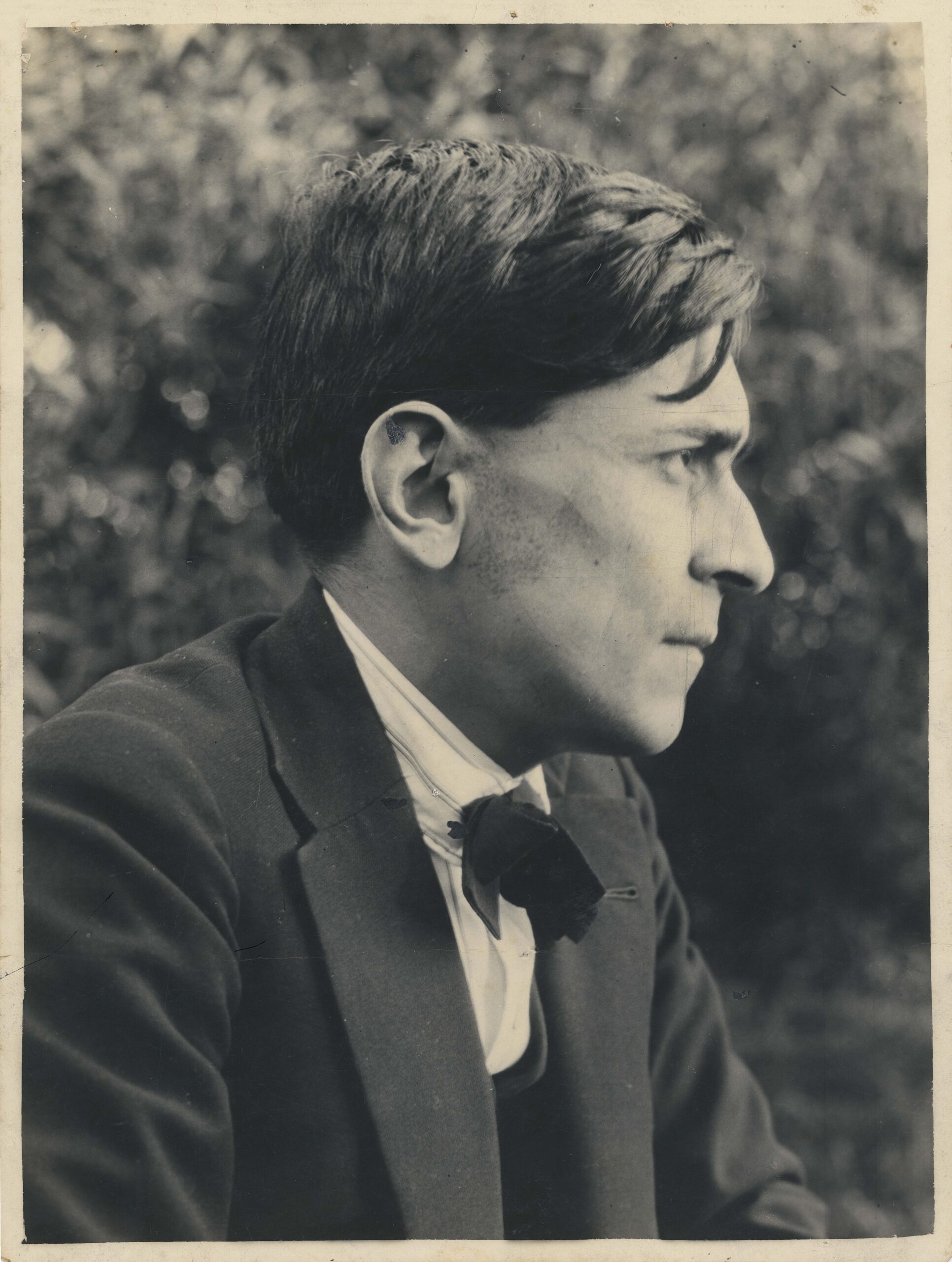 When the categories of Marxism drifted outside the boundaries of the North Atlantic region, they had to be “slightly stretched,” as Frantz Fanon wrote in Wretched of the Earth (1963), and the narrative of historical materialism had to be enhanced.

These categories surely had a universal application but could not be applied in the same way everywhere. Each of the movements that took up Marxism — such as the movement to liberate Vietnam led by Ho Chi Minh — had to first translate it into their own context. The central problem of Marxism in the colonies was that the productive forces in these parts of the world had been systematically eroded by imperialism and the older social hierarchies had not been washed away by the currents of democracy. How does one make a revolution in a place without social wealth?

Lenin’s lessons resonated with people like Ho Chi Minh because Lenin argued that imperialism would not allow the development of the productive forces in places such as India and Egypt. These were regions whose role in the global system was to produce raw materials and buy the finished products of Europe’s factories. No liberal elite emerged in these regions of the world that was truly committed to anti-colonialism or to human emancipation.

In the colonies, it was the left that had to drive the struggle against colonialism and for the social revolution. This meant that it had to create the basis for social equality, including the advancement of the productive forces.

It was the left that had to use the scarce resources that remained after colonial pillage, amplified by the enthusiasm and commitment of the people, to socialize production through the use of machines and better organization of labor and to socialize wealth to advance the development of education, health, nutrition, and culture.

Each of the socialist revolutions after October 1917 took place in the impoverished zones of colonialism, such as Mongolia (1921), Vietnam (1945), China (1949), Cuba (1959), Guinea Bissau and Cabo Verde (1975), and Burkina Faso (1983). These were mainly peasant societies, their capital stolen by their colonial rulers and their productive forces developed only so as to allow for the export of raw materials and the import of finished products. Each revolution was met with immense violence from their departing colonial rulers, who focused on destroying the remaining wealth of the society.

The war against Vietnam is emblematic of this violence. One campaign, Operation Hades, provides a sufficient illustration. From 1961 to 1971, the United States government sprayed 73 million litres of chemical weapons to destroy any vegetation in Vietnam. Agent Orange, the most terrible of chemical weapons in its day, was used on most of Vietnam’s agricultural belt. 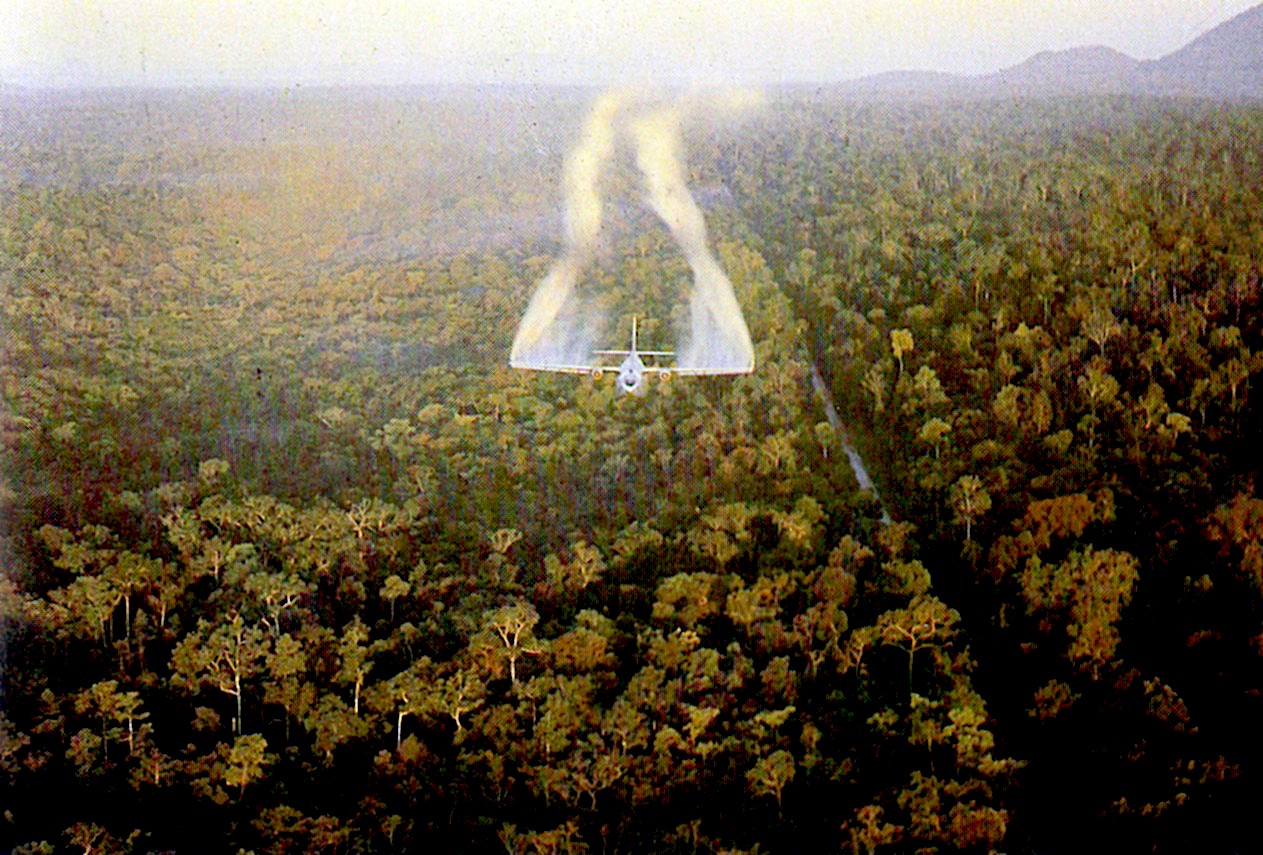 This warfare not only killed the millions who died in the war, but it left socialist Vietnam with a terrible legacy: tens of thousands of Vietnamese children were born with grave challenges (spina bifida, cerebral palsy) and millions of acres of good farmland were made toxic by these weapons. Both the medical and agricultural devastation have lasted for at least five generations, with every indication that they will persist for several generations more.

Vietnam’s socialists had to build their country not out of a textbook model of socialism but by confronting the maladies inflicted upon their country by imperialism. Their socialist path had to run through the terrible reality that was specific to their own history and reality.

Our dossier makes the point that many Marxists in the colonial world had never read Marx. They had read about Marxism in various cheap pamphlets and had encountered Lenin in this form as well: books were too expensive, and they were often difficult to get. People like Cuba’s Carlos Baliño (1848-1926) and South Africa’s Josie Palmer (1903-1979) came from humble backgrounds with little access to the intellectual traditions out of which Marx’s critique emerged. But they knew its essence through their struggles, and through their reading and their own experiences, they built theories that were appropriate for their context.

Today, committed study continues to be a pillar for our movements and for our hopes of building a better future. For this reason, each year, on Feb. 21 February, Tricontinental: Institute for Social Research participates in Red Books Day.

Last year, over 60,000 people went into public places to read the Communist Manifesto on the 172nd anniversary of its publication on Feb. 21, 1848.

This year, due to the pandemic, the events will mostly take place online. We encourage you to seek out publishers and organizations in your area that might be holding a Red Books Day event and get involved. If there are no events near you, please hold your own event or take to social media to talk about your favorite red books and what they mean to your struggles. We hope that Red Books Day will become as central to our calendar as May Day.

Ho Chi Minh – whose name means “Well of Light” – was almost always seen with his pack of Lucky Strike cigarettes and a book near at hand. He loved to read and he loved conversation, both of which helped develop his understanding of the world in motion. What red book rests beside you as you read this newsletter? Will you join us on Red Books Day and add our new dossier to your red book reading list?

8 comments for “Using Das Kapital as a Pillow”