Chuck Collins and Bob Lord summarize the radical tax transformation in the U.S. over the past 65 years, particularly since 1980. 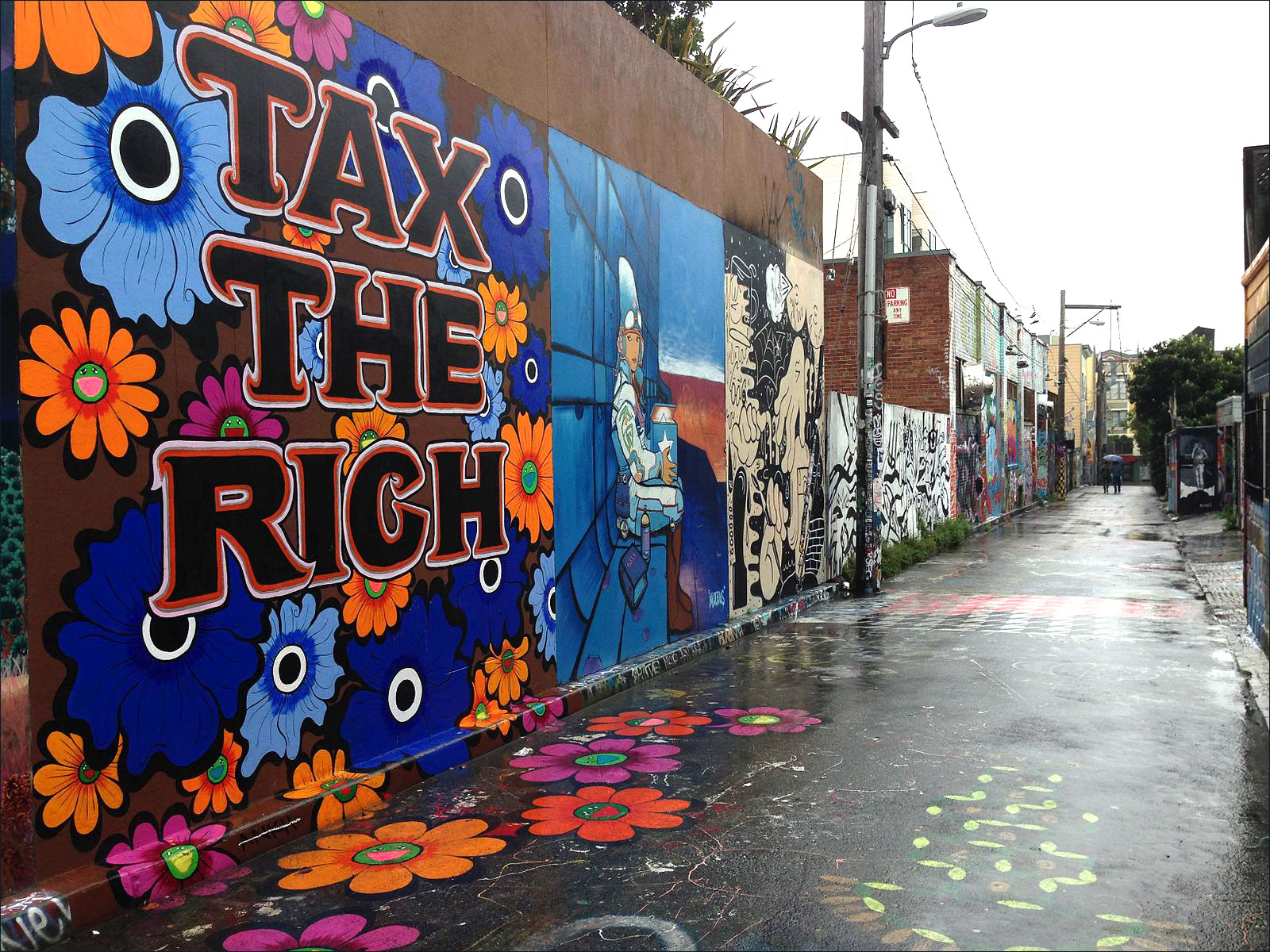 But that’s where we’re headed.

According to a new IPS briefing paper, the richest .01 percent of Americans, about 33,000 lucky souls today, now pay just one-sixth of what they used to pay in tax, when measured as a percentage of their total wealth.

Hence, it doesn’t matter to the top .01 percent what type of tax they pay, be it income, sales, property or anything else. Taxes don’t influence their spending decisions or such mundane things as how many hours they work, when they retire, or whether their spouse must work. For a group whose poorest members are worth more than $100 million, the only impact any tax has is its impact on their wealth–and tax payments decrease the rate at which their wealth grows.

America’s radical tax transformation occurred over the last 65 years. The process started slowly between 1953 and 1980. It took 26 years for tax payments by the top .01 percent to fall by one-third from their 1953 peak. But starting in 1980, tax cuts for the wealthiest Americans have followed a clear pattern: When Republicans have held power, tax cuts for those at the top have been slashed; When Democrats have held power, they’ve enacted a few slight tax increases, but mostly have maintained the status quo.

The result has been a systematic shift in America’s tax policy, with taxes on wealth moving inexorably lower and taxes on work moving inexorably higher. As economists Emmanuel Saez and Gabriel Zucman have reported, the country has moved from a progressive tax system to one where the overall tax rate, as a percentage of income, is lowest for the very wealthiest of us. That’s bad enough. When we view the policy shift through the lens of taxation of wealth, as the IPS briefing paper does, it’s far uglier.

Effectively, taxes on the ultra-wealthy have nearly been eliminated. The members of the top 0.1 percent pay only one-sixth of what they paid a half century ago in taxes.  What used to be paid every two months is now paid every twelve.

6 comments for “Taxes on the Rich: One-Sixth of What They Used to Be”