“The increasing number of children going hungry in Yemen should shock us all into action. More children will die with every day that passes without action,” the report says. 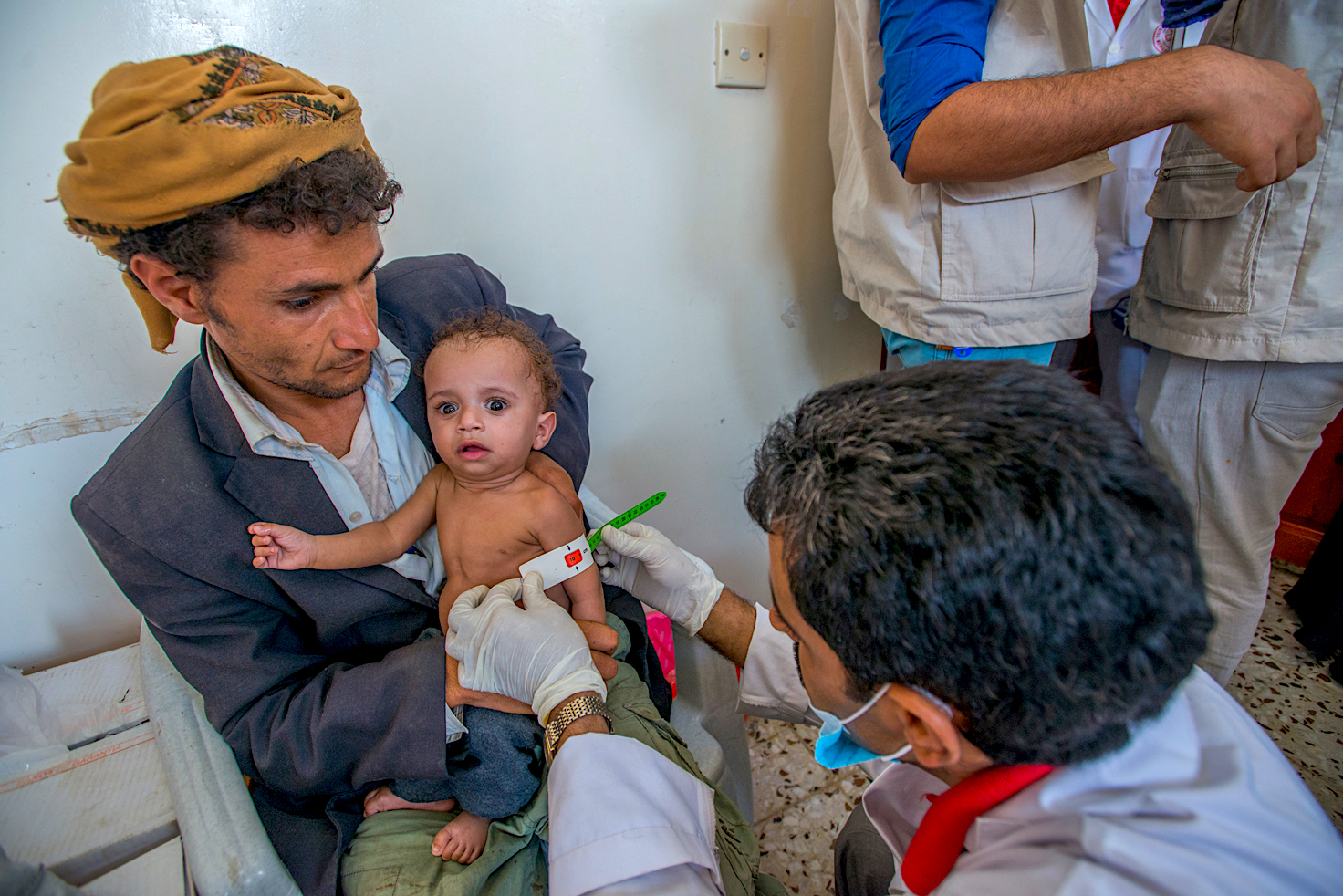 Underscoring the urgent need to end a war that is responsible for what it calls the “world’s worst humanitarian crisis,” the United Nations on Friday published a report warning that more than two million Yemeni children under the age of five are projected to suffer “acute malnutrition” in 2021, with 400,000 of them at risk of death if they do not receive desperately needed treatment in time.

“Families in Yemen have been in the grip of conflict for too long, and more recent threats such as Covid-19 have only been adding to their relentless plight.”—Qu Dongyu, FAO

According to the latest? Integrated Food Security Phase Classification Acute Malnutrition report (pdf), 2,254,663 Yemeni children under five years old are so malnourished that they require medical treatment. Of these, 395,195 suffer from severe acute malnutrition, which is potentially fatal. Aditionally, 1,155,653 pregnant and breastfeeding women are “acutely malnourished.”

“These numbers are yet another cry for help from Yemen, where each malnourished child also means a family struggling to survive,” said David Beasley, executive director of the World Food Program, which prepared the report with the Food and Agriculture Organization (FAO), UNICEF, and the World Health Organization. “The crisis in Yemen is a toxic mix of conflict, economic collapse, and a severe shortage of funding.”

News: Acute malnutrition threatens half of children under five in #Yemen in 2021.

Henrietta Fore, executive director of UNICEF, said that “the increasing number of children going hungry in Yemen should shock us all into action. More children will die with every day that passes without action.”

Qu Dongyu, who heads the FAO, added that “families in Yemen have been in the grip of conflict for too long, and more recent threats such as Covid-19 have only been adding to their relentless plight.”

Yemen’s civil war, which began in late 2014, has directly or indirectly claimed more than 233,000 lives, according to the U.N. Office for the Coordination of Humanitarian Affairs. Foreign intervention in the conflict has severely exacerbated Yemeni suffering, with thousands of men, women, and children killed by Saudi-led coalition airstrikes and tens of thousands more perishing due to a coalition blockade.

“We need to press for additional humanitarian aid in all parts of Yemen.”
—Rep. Ro Khanna

Last week, President Joe Biden announced that the United States—which previously backed the war with weapons, logistical, and diplomatic aid—would no longer support Saudi-led “offensive operations” in Yemen, although he did not say whether U.S. drone and other airstrikes there, which have killed or wounded hundreds of civilians, would continue.

In an interview with The Intercept on Friday, Rep. Ro Khanna (D-Calif.) said that “we need a commitment from Biden to use all of his leverage to end the Saudi-led de facto blockade of Yemen.”

“We need to confirm we’ve ended all arms sales to the Saudis, and that we won’t fulfill any outstanding weapons contracts,” Khanna added. “We need to press for additional humanitarian aid in all parts of Yemen.”