Questions should be raised about what role the Proud Boy’s leader may have played in the Capitol uprising, given his past as an FBI confidential source, writes Coleen Rowley. 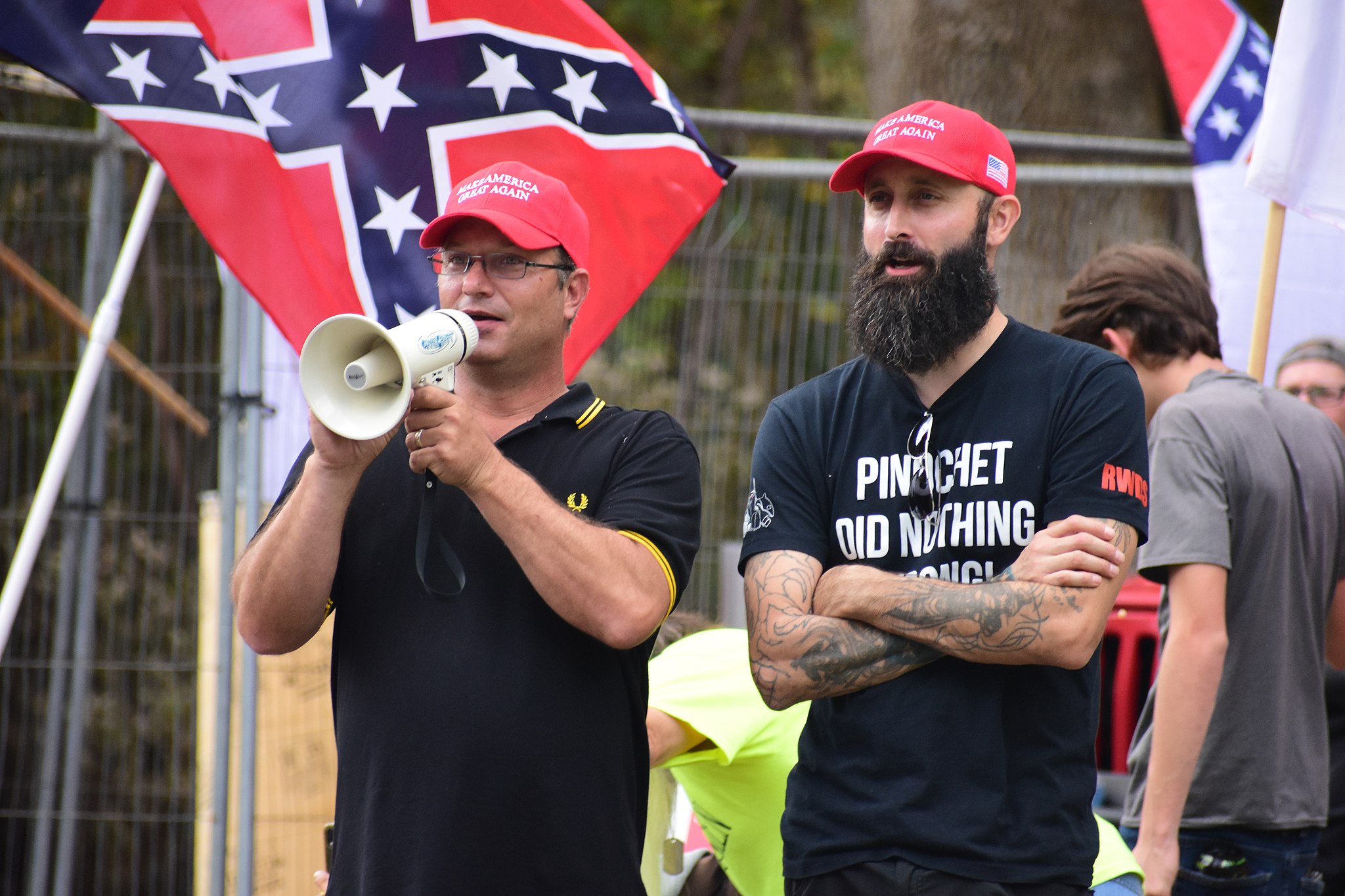 Enrique Tarrio, leader of the right wing Proud Boys militant group, was a confidential source for law enforcement under Attorney General guidelines that were relaxed after the 9/11 attacks.

Reuters reported that Tarrio began “repeatedly working undercover for investigators after he was arrested in 2012, according to a former prosecutor and a transcript of a 2014 federal court proceeding.” He helped authorities get convictions in human smuggling, drugs and gambling cases.

At least five Proud Boys members have been arrested and charged for involvement in the Jan. 6 storming of the Capitol, though Tarrio had been nabbed two days earlier and expelled from Washington by D.C. Superior Court.

Attorney General (AG) Guidelines on using confidential human sources — both confidential informants (CIs) and cooperating witnesses (CWs) — resulted from FBI abuses uncovered in 1975 by the Church Committee and were quite strictly followed by the FBI until the Sept. 11 attacks.

The guidelines generally prohibited the FBI from operating people like Tarrio who sought or obtained leadership positions in any domestic group whose violent activities the source was being directed to report on.

This post-Church Committee prohibition made sense not only in light of the committee’s exposure of then FBI Director J. Edgar Hoover’s abusive Cointelpro program of targeting various civil rights groups, but today as well, given how leaders of any group are inherently those with the most influence or power to manipulate a group’s members. 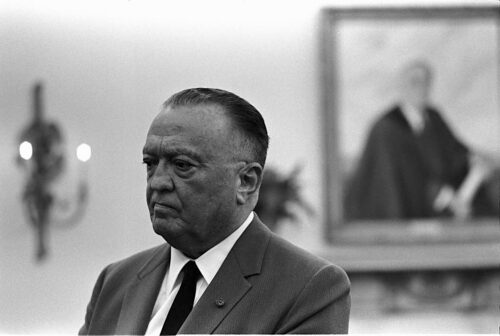 The old AG Guidelines also wisely required some level of actual proof of the group’s violent activities before any use of informant infiltration. A mere FBI claim or an agent’s suspicion was not enough.

Unfortunately, those AG restrictions have been almost fully eroded in the political climate following 9-11, which has seen mass surveillance of innocent Americans and arrests of terrorism suspects on flimsy evidence and limitless internment without due process at Guantanamo Bay.

The number of the estimated 15,000 FBI “informants” and cooperating witnesses being operated at any given time is somewhat misleading because both informant and CW “sources” are and easily opened and closed by completing simple administrative forms.

If the “revolving door” of those being constantly opened, closed and re-opened were to be taken into account, the number of FBI sources (certainly potential ones) would be many times greater.

As FBI file researcher and writer Trevor Aaronson has so accurately described in his books and talks, these FBI sources are all vying to score points to get paid big bucks—often in excess of $100,000/year.

Additionally, the agents operating them are almost always hugely incentivized via big cash “incentive awards” and career promotions to produce prosecutions and convictions, even if they have to sometimes bend the rules, such as when their operatives target mentally and economically vulnerable people.

Most CWs (like Tarrio) are attempting to work off and reduce long criminal sentences they either received or expect to receive.

The upshot is that although agents are supposed to close CIs and CWs who they learn commit new, (unauthorized) crimes, there are big incentives and loopholes running in the opposite direction.

Informant Whitey Bulger and his gang’s murder spree was exceptional only in that it became public knowledge after decades despite strenuous efforts to keep the matter covered up. Such notorious cases are just the tippy tip of the inherent problem in operating informants who are criminals themselves. System secrecy keeps most of the worst abuses from ever being discovered. 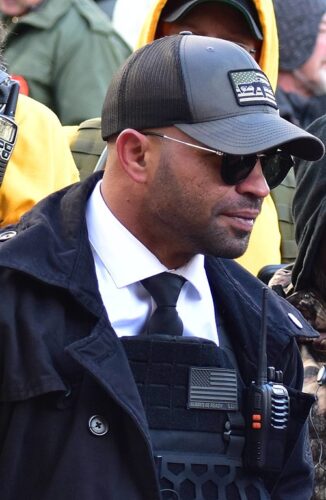 It’s kind of funny that Tarrio quickly lied about his CW and criminal background, but it’s also easy to see why he did, given the constant potential for confidential sources to be “re-opened.”

With informers often moving on to new and untapped situations, the knowledge of one’s past work for the FBI or law enforcement would tend to reduce one’s effectiveness at developing trust among a new group being targeted.

So even if Tarrio’s file was technically “closed” at the time of the Capitol uprising, he could realistically expect that it would be re-opened and he would be paid for any juicy info he developed during ongoing or future activities. This is provided that his history of working with the FBI was not known by members of a new group. Tarrio worked as an informant in 2012 and 2014, Reuters reported. The Proud Boys were formed in 2016.

An informant-CW’s effectiveness tends to depend upon their ability to manipulate others or, if you will, use their interpersonal charisma and appeals to people’s emotional vulnerabilities, such as fear, hate, greed, false pride and blind loyalty.

Most groups caught up in emotion, whether BLM, Maidan Square, Trump supporters, or myriad others, can easily turn violent given the right spark from gifted charismatic and psychopathic leaders. All of the recent mob violence, no matter what cause or agenda from Right to Left, is evidence of how easy it is also for provocateurs to produce this result.

As previously noted, Aaronson and other researchers have exposed the ease of law enforcement’s deployment of manipulative informants in the “war on terror” to falsely claim the FBI is preventing violence. FBI sources have often served to entrap vulnerable people to join staged “Hollywood- type” sting operations.

Government secrecy has still largely concealed what, in my opinion, has long been one of, if not the most significant areas of FBI abuses.

FBI officials have always defended the practice, arguing that there’s no other way to get needed information about criminal activities without dealing “with the devil,” Almost all FBI sources are criminals or fraudsters and almost none are in what is called the “good citizen” category except for the occasional crime victim-type CW.

(It should be noted that there is generally more accountability and oversight with a cooperating witnesses than an informant since a CW’s identity is at least known to prosecutors, and later revealed only when or if the witness testifies at trial.)

The operation of informants, on the other hand, is usually carried out in total secrecy without adequate control or oversight. The Department of Justice Inspector General’s study of compliance with AG Guidelines back in 2005 found 87 percent of FBI informant operations failed (often miserably) to comply with policy. A 2019 IG Audit shows the failures appear to have worsened in the continuing “war on terrorism” and the FBI’s infiltration of Muslim groups.

Considering all these problematic issues of operating confidential sources, Tarrio’s criminal background and work for the FBI should elicit more questions about what role he (and any other as yet unidentified law enforcement sources) may have played in the Jan. 6 storming of the Capitol.

Coleen Rowley, a retired FBI special agent and division legal counsel whose May 2002 memo to then-FBI Director Robert Mueller exposed some of the FBI’s pre-9/11 failures, was named one of TIME magazine’s “Persons of the Year” in 2002. Her 2003 letter to Robert Mueller in opposition to launching the Iraq War is archived in full text on the NYT and her 2013 op-ed entitled “Questions for the FBI Nominee” was published on the day of James Comey’s confirmation hearing. Assigned to the Omaha, Jackson, MI, New York City field offices, and to the U.S. embassy in Paris, and consulate in Montreal, Rowley taught constitutional law to FBI agents in Minneapolis.

← COVID-19: Some Democrats Urge Repeal of Tax Cut for Millionaires
Trump May be on Trial, but System That Produced Him Will Be Acquitted →

11 comments for “Curiouser and Curiouser: The Proud Boys’ Leader as a ‘Prolific’ Law Enforcement Confidential Source”