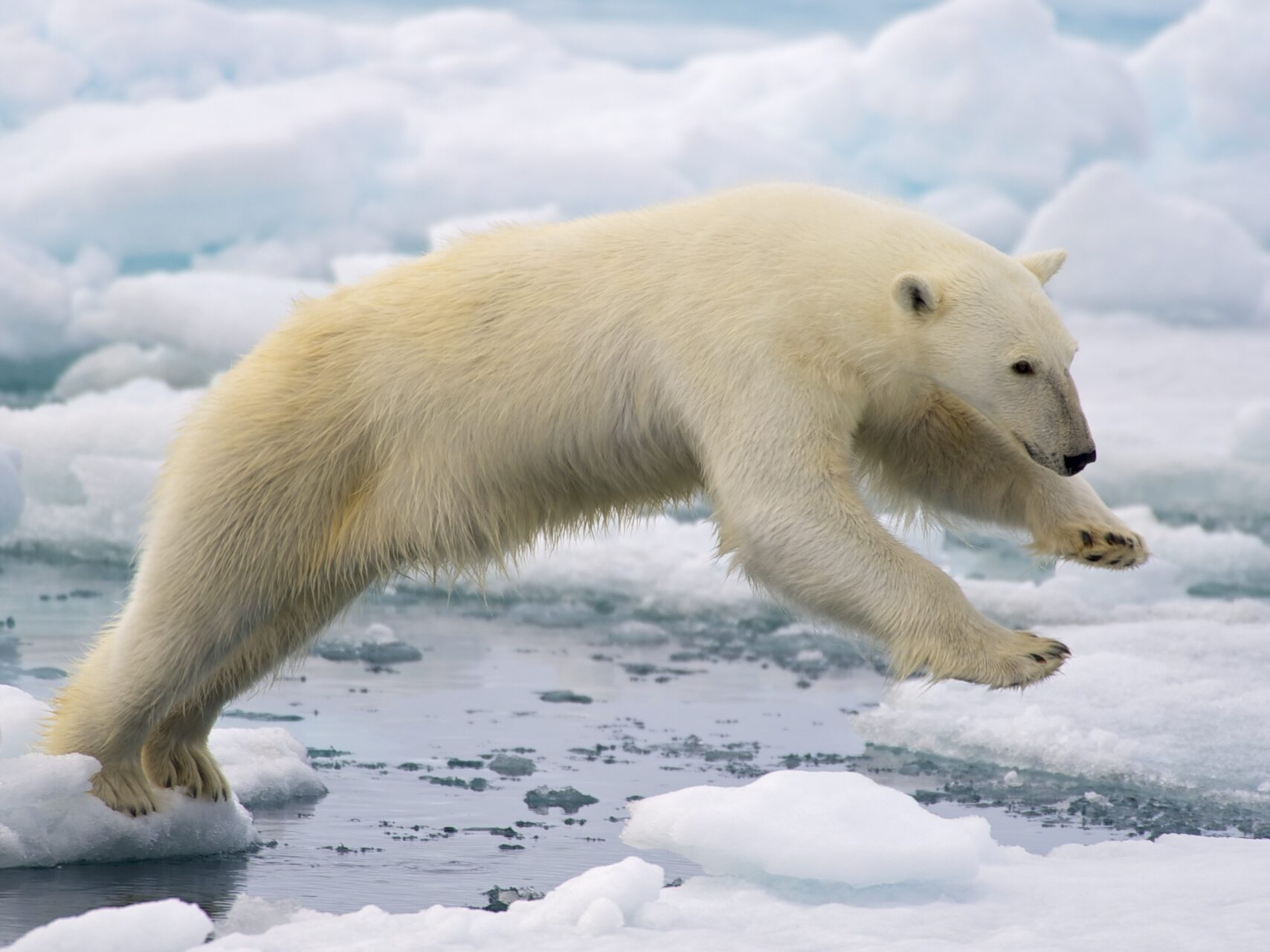 Polar bears in 2008 became the first species listed as endangered because of forecasted population declines from the effects of climate change. (National Park Service)

The review commissioned by Britain’s Treasury was hailed by some environmentalists but one prominent climate activist slammed its “natural capital agenda” for putting a price tag on nature.

A report out Tuesday from the U.K. government framing the natural environment as “our most precious asset” says the world’s destruction of biodiversity has put economies at risk and that a fundamental restructuring of global consumption and production patterns is needed for humanity’s survival.

The 600-page review was commissioned by Britain’s Treasury and authored by Partha Dasgupta, professor emeritus of economics at the University of Cambridge, who wrote that gross domestic product (GDP) is a faulty measure of sustainable economic growth.

The world at “extreme risk” by the failure of economics to take account of the rapid depletion of the natural world. #DavidAttenborough “If we continue this damage, whole ecosystems will collapse."#ActNow it's almost too latehttps://t.co/k7RKRPGf4S

In a foreword to the report, renown naturalist and TV host David Attenborough wrote that although we “are totally dependent upon the natural world,” we “are currently damaging it so profoundly that many of its natural systems are now on the verge of breakdown.”

Humanity is “plundering every corner of the world, apparently neither knowing or caring what the consequences might be,” wrote Attenborough. “Putting things right will take collaborative action by every nation on earth.” 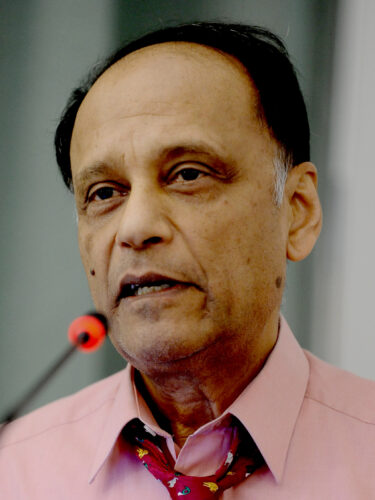 “The Dasgupta Review at last puts biodiversity at its core and provides the compass that we urgently need,” he added. “In doing so, it shows us how, by bringing economics and ecology together, we can help save the natural world at what may be the last minute — and in doing so, save ourselves.”

The report argues that a recovery effort like that seen in the aftermath of World World II is necessary. “If we are to enhance the biosphere’s health and reduce our demands, large-scale changes will be required, underpinned by levels of ambition, coordination, and political will akin to (or even greater than) those of the Marshall Plan,” it states.

As the Associated Press reported:

“Dasgupta called on the world to ensure demands on nature do not exceed sustainable supplies by changing food production and consumption, investing in natural solutions such as restoring forests, and protecting natural habitats. He said coordinated action now would in the long-run be less costly and would also help tackle other issues such as climate change and poverty.

Additionally, he pointed to a need to move away from using gross domestic product, or GDP, as a measure of economic success toward one that accounts for the benefits of investing in natural assets such as forests, soils, and oceans.”

“Truly sustainable economic growth and development means recognizing that our long-term prosperity relies on rebalancing our demand of nature’s goods and services with its capacity to supply them,” Dasgupta said in a statement. “It also means accounting fully for the impact of our interactions with nature across all levels of society.”

The coronavirus pandemic “has shown us what can happen when we don’t do this,” Dasgupta added. “Nature is our home. Good economics demands we manage it better.”

According to Bloomberg, “The review is the first time natural capital accounting — the act of quantifying ecosystems and their losses — has been discussed in detail by a mainstream economist with the support of the U.K. government.” The outlet added:

“Academics have spent decades attempting to put a price on nature. A widely-cited study in 1997 estimated that the global flow of the earth’s biosphere was valued at an average of $33 trillion per year—far higher than the global gross domestic product of that era.

Dasgupta said assigning absolute monetary values to nature would be meaningless because life would simply cease to exist if it was destroyed. The Indian-British economist called on governments to find an alternative to GDP as a way of measuring wealth, warning it is “wholly unsuitable” for ensuring sustainable development. Instead, he said, governments should use a more inclusive measure of wealth that accounts for nature as an asset.”

“The message from the Dasgupta Review is clear,” said United Nations Environment Programme chief Inger Andersen. “Securing nature is investing in our self-preservation.”

“It is armed with this knowledge that in 2021 we must agree on an ambitious post-2020 global biodiversity framework that ends nature loss,” she said.

The report was also welcomed by Marco Lambertini, director general of WWF International, who said its findings “are clear: nature underpins our economy and our wellbeing.”

“Our failure to recognize this relationship, and take decisive and urgent steps to reverse nature loss, is costing us dearly and putting the future of humanity at risk,” said Lambertini. “To safeguard our future, we must stop taking nature for granted as an expendable commodity, value its services, and transform our economies and finance systems so they are geared towards conserving and restoring the natural world on which we all depend.”

“This should be required reading at @hmtreasury,” tweeted Green Party MP Carolie Lucas of the report.

“Biodiversity and enhancing nature cannot be separated from economic policy,” she wrote, calling for a replacement of “GDP growth with a wellbeing economy, starting with next month’s budget.”

The report was not without criticism from environmental advocates, including from author and climate activist George Monbiot, who took issue with putting a price tag on nature.

In a set of tweets ahead of and after the report’s release, Monbiot called the review’s approach “morally wrong” and accused Dasgupta of promoting “a kind of totalitarian capitalism” in which “everything must now be commodified and brought within the system.”

“Destruction is driven, above all, by the power of the rich. Regardless of how others value nature, those with power will destroy it, until their power is curtailed,” Monbiot wrote.

“Dasgupta’s natural capital agenda,” he added, “is naive on many levels, but above all it is naive about power. Putting a social price on something does nothing to stop anti-social interests from exploiting it.”

Climate campaigners on Thursday pointed to a study showing that Earth is hotter than it’s ever been during the entire epoch of human civilization as the latest proof of the need to treat human-caused global heating like the dire emergency that it is.

The peer-reviewed scientific journal Nature last week published a report revealing that an analysis of ocean surface temperatures found that the planet is hotter now than at any other time in the past 12,000 years, and that it may actually be warmer than at any point during the last 125,000 years.

Researchers Samantha Bova, Yair Rosenthal, Zhengyu Liu, Shital P. Godad and Mi Yan determined this by solving what scientists call the “Holocene temperature conundrum.” This was the mystery of why the global heating that began at the end of the last ice age 12,000 years ago peaked around 6,000 years later — before giving way to the onset of a cooling period that lasted until the Industrial Revolution, when the current anthropogenic warming period began.

It turns out that the collected data, obtained from fossilized seashells, was inaccurate, showing only hot summers while missing the colder winters.

“We demonstrate that global average annual temperature has been rising over the last 12,000 years, contrary to previous results,” research leader Bova, from Rutgers University in New Jersey, told The Guardian. “This means that the modern, human-caused global warming period is accelerating a long-term increase in global temperatures, making today completely uncharted territory. It changes the baseline and emphasizes just how critical it is to take our situation seriously.”

The study was published on the same day that President Joe Biden announced a series of executive actions on the climate crisis that were hailed by the youth-led Sunrise Movement as “historic.”

The White House said that the orders “follow through on President Biden’s promise to take aggressive action to tackle climate change and build on the executive actions that the president took on his first day in office, including rejoining the Paris agreement and immediate review of harmful rollbacks of standards that protect our air, water, and communities.”

While Biden’s directives were welcomed as a necessary reversal from the policies and actions of the Donald Trump administration, climate advocates said that much more must be done — and in the case of fossil fuel expansion, not done.

Fridays for Future founder Greta Thunberg noted that the Biden administration has so far issued more than 30 new fossil fuel drilling permits, according to a Bloomberg report.

The drilling authorizations are being issued despite the administration’s planned moratorium.

← The Climate Change Lawsuits Against Big Oil
COVID-19: US, WHO & Vaccine Nationalism →