In marking the anniversary of the Egyptian uprising, it is deceptive to celebrate a revolution. The word “revolution” has been bandied about a lot since 2011, writes As’ad AbuKhalil. 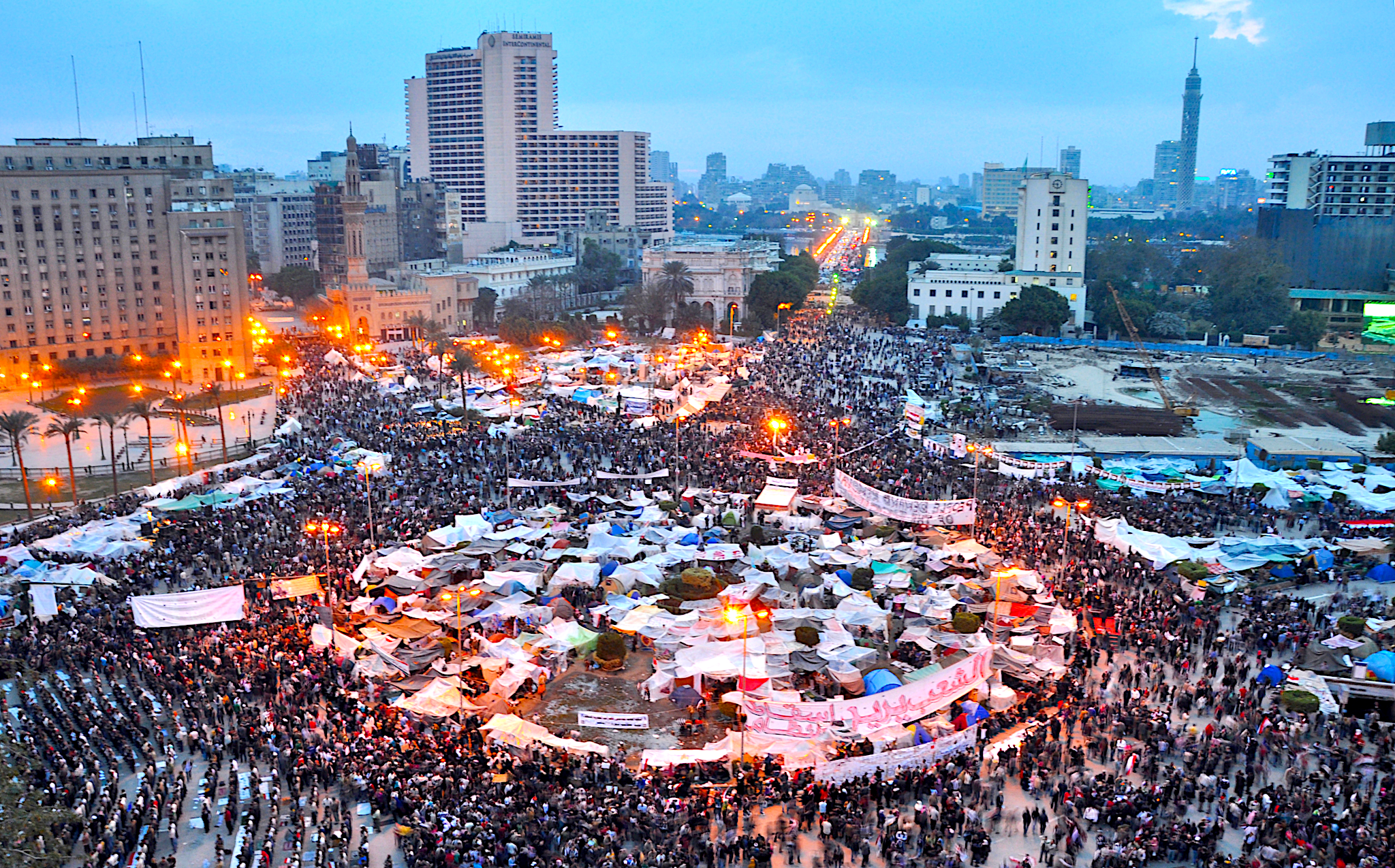 Over 1 Million in Tahrir Square demanding the removal of the regime and for Mubarak to step down, Feb. 9. 2011. (Jonathan Rashad/Wikimedia Commons.)

Ten years ago, the entire Arab world seemed on the verge of revolution: despots in Tunisia, Libya, Egypt, Syria, and Bahrain were facing the wrath of their population. Millions were chanting for the overthrow of regimes, and feared despots were suddenly tottering.

While Tunisia in late December 2010 was the first Arab country to witness tremendous political upheaval, it was the eruption of popular anger in Egypt in January and February of 2011 which signaled that something big was happening in the Arab world. Absolutist rule in Egypt and elsewhere was crumbling.

Egypt was significant not only because it is the most populous Arab country, and not only because it has been considered traditionally the center of the Arab world and the seat of the Arab League, but also because the U.S. government has—since the Camp David accords in 1979–invested heavily in Egypt to consolidate tyrannical rule there in order to guarantee the preservation of the unpopular Egyptian-Israeli peace treaty.

Egypt was supposed to represent the American political model for the whole Arab world: that the U.S. is willing to support—and invest heavily in—despotic rule throughout the region in return for normalization with Israel.

The Egyptian people tried to revolutionize their lives; they pushed ahead to not only get rid of Husni Mubarak but to demolish an archaic political system that was established with U.S. support under Anwar Sadat during the Carter administration.

The Egyptian people wanted to reverse decades-old policies toward Israel: the brandishing of Nasser’s pictures in Tahrir square signaled a nostalgia for the Arab nationalist era of the 1950s and 1960s. Egyptian youth (mostly radical leftists) marched to the Israeli embassy and tried to set it on fire.

The U.S. government quickly intervened and warned the Egyptian military brass that the U.S. would act to punish Egypt if the Mossad agents inside the Israeli embassy were not protected. Egyptian special forces stormed the building and quickly removed the Mossad after disguising them.

The rules of the games were set: the U.S. wouldn’t accept a return to pre-Sadat days, when Egypt charted its own foreign policy without outside intervention or dictates.

In marking the anniversary of the Egyptian uprising, it is deceptive to celebrate a revolution. The word “revolution” has been bandied about a lot since 2011, after a series of Arab uprisings followed. Initially the U.S. thought it could be an opportunity to replace some rulers with others who were more convenient to American interests—Mubarak was too stale as a U.S. stooge.

The term “Arab spring” was coined to point to U.S. exploitation of political developments in the region. But the coinage did not last as too much blood has been spilled since—and with direct U.S. involvement: in Libya and Syria in particular, but also in Yemen and Bahrain, where the Obama administration (and later Trump) supported the savage crushing of people’s will by the Saudi military.

The Egyptian people undertook a heroic effort to remove Mubarak on Feb. 11, 2011. He had ruled the country for 30 years after Sadat’s 1981 assassination. The U.S. was taken aback and tried at first to urge caution and even condemned the demonstrators (along with the government) for the use of violence, even though the protesters were unarmed and mostly peaceful (with the exception of heaving pavement stones at the police).

It was in early February 2011 when the U.S. government panicked and realized that millions of Egyptian protesters would not be subdued and that they would not settle for vague promises of “reforms”. Then Secretary of State Hillary Clinton came up with the plan to keep the regime at all cost and suggested Mubarak be replaced by Omar Suleiman, the head of the feared intelligence service. The Egyptian people quickly made their disapproval known, and the U.S. backed down, pretending it was supporting the people’s choices.

The Egyptian people pressed for free elections—a scary notion for U.S. foreign policy in the region, because the foreign policies of Arab rulers don’t conform with the views of their population, especially regarding the U.S. and Israel. The U.S. was nervous about the first free presidential election in 2011. The candidate of the security establishment most likely received Gulf and Western funding, but the candidate of the Muslim Brotherhood (Ikhwan), Mohammad Morsi, won.

Two years later Gen. Abdul-Fattah al-Sisi removed Morsi from office. (In his capacity as head of Egyptian military intelligence, al-Sisi was, with U.S. training, very close to U.S. and Israeli security interests). It is reasonable to assume the UAE and Saudi regimes wouldn’t have been able to arrange for this coup without prior support and authorization from Washington.

Lessons to Be Learned

The lessons of Morsi’s removal, and also of the ten-year anniversary of the Egyptian “revolution,” is that the U.S. still wields tremendous influence in Arab regional politics. These are some of the lessons of in light of the passage of time since the removal of Mubarak:

The Egyptian people have marked the occasion of the tenth anniversary with much sadness and despair. They were betrayed not only by Western governments, which continue to exploit their ideals of freedom and equality in the most demeaning fashion, but also by their own cultural and media elite who seemed to support the popular uprising in 2011, but quickly switched to the support of the dictator once he seized power in 2013.

American sponsorship of Arab dictatorships did not start with Donald Trump, and will continue with Joe Biden. And now Israel has become a cheerleader and lobbyist for Arab despots in Washington. To change that, the slogan, “The People Demand the Overthrow of the Regime” must also include “and the Overthrow of the Military-Intelligence Command.”

← Chris Hedges: Papering Over the Rot
Biden’s ‘Slimmed Down’ US Exceptionalism →