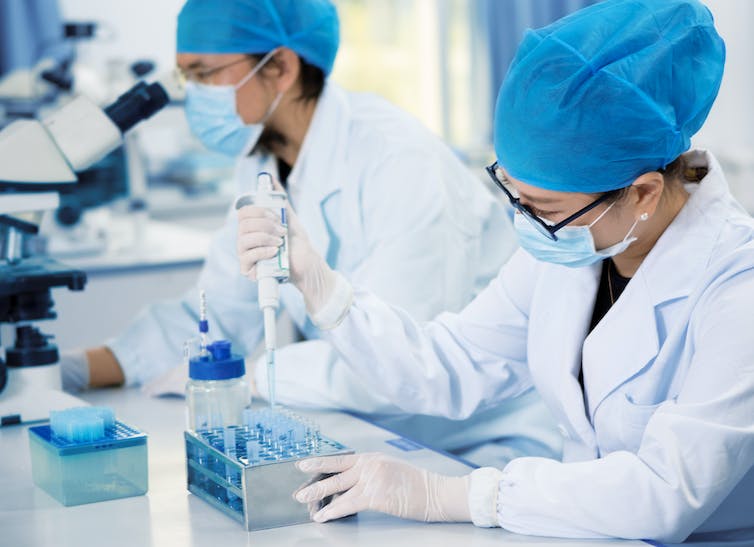 The arrest of MIT engineering professor Gang Chen on Jan. 14 has drawn attention to the role of China in U.S. science and technology system. It’s not the first time suspicions have fallen on a Chinese-born scientist – Chen is a naturalized U.S. citizen – for work they conduct openly in the United States.

The charges against Gang Chen – wire fraud, failing to report a foreign bank account and a false statement on a tax return – stem from failing to disclose Chinese funding for his research. MIT called the allegations “distressing,” and the school’s president and 100 faculty members are defending a Chinese university’s investment in MIT research. No evidence of spying has been made public, but a Department of Justice criminal complaint expressed suspicions that Chen’s loyalty may not be aligned with American interests.

These kinds of investigations risk damaging one of the U.S.‘s most important assets: open inquiry.

The U.S. government’s scrutiny of Chinese Americans and Chinese scholars runs up against the value of open scientific exchange. My research on international collaboration in science has shown that open nations have strong science. Nations that accept visitors and send researchers abroad, those that engage richly in cross-border collaborations and fund international projects produce better science and excel in innovation. Closing doors inhibits the very trait that makes the U.S. innovation system the envy of the world.

For six decades, the United States has been the mecca for smart people interested in conducting research. But this changed under the Trump administration: Government agencies looked with extra scrutiny at scholars from China for fear they planned to steal intellectual property. In a speech to U.S. academics, an FBI official has stated, “…the greatest long-term threat to our nation’s information and ideas and to our economic vitality and leadership is the threat from the Chinese government.”

Scrutinizing Chinese researchers as if their actions automatically deserve suspicion threatens to poison the relationship between the U.S. and China, the rising world power in science and technology. I contend that cutting off this relationship makes the American innovation system more vulnerable, not safer. U.S. strength is in rapid innovation in an open environment; China’s choice for a more closed society may work against their innovation goals, but we should not turn it against our own.

The tales of two rocket scientists reflect what I consider the danger inherent in fears of Chinese influence.

Sadly for him, the early days of American rocket science coincided with growing suspicions about foreign influence in the United States, similar to concerns seen now. Qian’s coworkers began to worry whether he was American enough in his allegiances.

Both Qian and von Braun spent the early 1950s under house arrest, but for different reasons and with different ends. Although no evidence was ever presented, in 1955, Qian was deemed a spy and deported. China welcomed him back, building him a laboratory; he is called “the father of Chinese space technology.” Encouraging Qian to remain in the U.S. likely would have delayed Chinese advances in missile technology.

In contrast, von Braun led U.S. rocket science to success in the Cold War’s space race. He went on to great acclaim in the United States and became an American citizen, working for NASA for the rest of his life.

American suspicions about China have a long history, fed by xenophobia and anti-Communist views. Even now, U.S. law prohibits NASA from cooperating with China. As China has grown to be the world’s largest high-tech exporter, fears and anger grow that China is stealing U.S. know-how. China’s case is complicated by its sheer size as well as internal links between science and military technology.

Chinese Scholars in the US

Even in the face of political tensions and visa challenges, the number of international Chinese students and scholars moving to the U.S. for higher education and to participate in research and development grew spectacularly in the decade leading up to the Covid-19 pandemic.

Chinese students studying in the United States in 2017 numbered about 141,000 undergraduates and 125,000 graduate students. An estimated 4,400 Chinese scholars (which can include students) came to the U.S. in 2017 to work in American labs, joining more than 9,000 already in the U.S. Chinese doctorate earners graduating from American universities in 2018 with plans to remain in the U.S. numbered more than 4,000 – similar to the preceding five years.

What Happens When Scientists Migrate

The “mosaic theory” has been borrowed from finance to apply to Chinese students, visitors and emigres in the United States. U.S. government officials fear that each visitor could each be contributing a single “tile” of knowledge that, once recombined in China, construct complicated mosaic patterns of deep scientific and technological insights and capacities.

This idea assumes that China possesses a great deal of core knowledge needed to reassemble the information. It would also rely on a herculean feat of organization.

Moreover, the mosaic theory misunderstands science and technology, which is quite unlike finance where a dollar can be in only one place at a time. Scientific research is shared and multiplied through open exchange, communication and mobility. Knowledge held in secret gets old and stale very quickly. Researchers who do not share are shunned: It is exchange and recombination that creates the value.

The United States has benefited mightily from the openness of its system to welcome smart people from anywhere in the world to help build a knowledge base. One-third of Nobel Prizes awarded to U.S.-based scientists have gone to immigrants. People who spend time in the U.S. and later return home often continue to link to their American counterparts, creating a global network of connections with broad global (and national) benefits.

Covid-19 research and development experiences highlight the benefits of openness. In the earliest days of the pandemic, Chinese researchers galvanized world research by publishing the genome sequence of the novel coronavirus. International coronavirus researchers who had formed connections over the decade prior to Covid-19’s emergence were energized into action. Rapidly, Chinese and U.S. scientists increased their cooperation on virology, immunology and epidemiology to lay the groundwork for rapid testing, treatment and vaccines. Regrettably, political actions on both sides cooled the early actions and reduced the linkages, but vaccines were on the way.

The United States can continue to discourage Chinese researchers from participating in its research, stuck in binary mode of viewing relations as so-called “great power competition.” China is not an ally, so it does make sense to me to restrict cooperation on military technologies.

But suspicions about Chinese researchers — ones echoing a Red Scare and fears of spying — will send home the next Qian Xuesen to build China’s capabilities. I suggest the U.S. would benefit from recognizing the critical role of open research, the enriched scientific capacities of many countries and the benefits the United States receives thanks to knowledge created or reintegrated here by immigrants and visitors.

11 comments for “Suspicion of Chinese-Born Researchers Threatens US Innovation”