Trump was too busy nursing his grudge to bother with overseas matters, but both his son-in-law and secretary of state rushed through a package of foreign policy initiatives and policies, writes As`ad AbuKhalil. 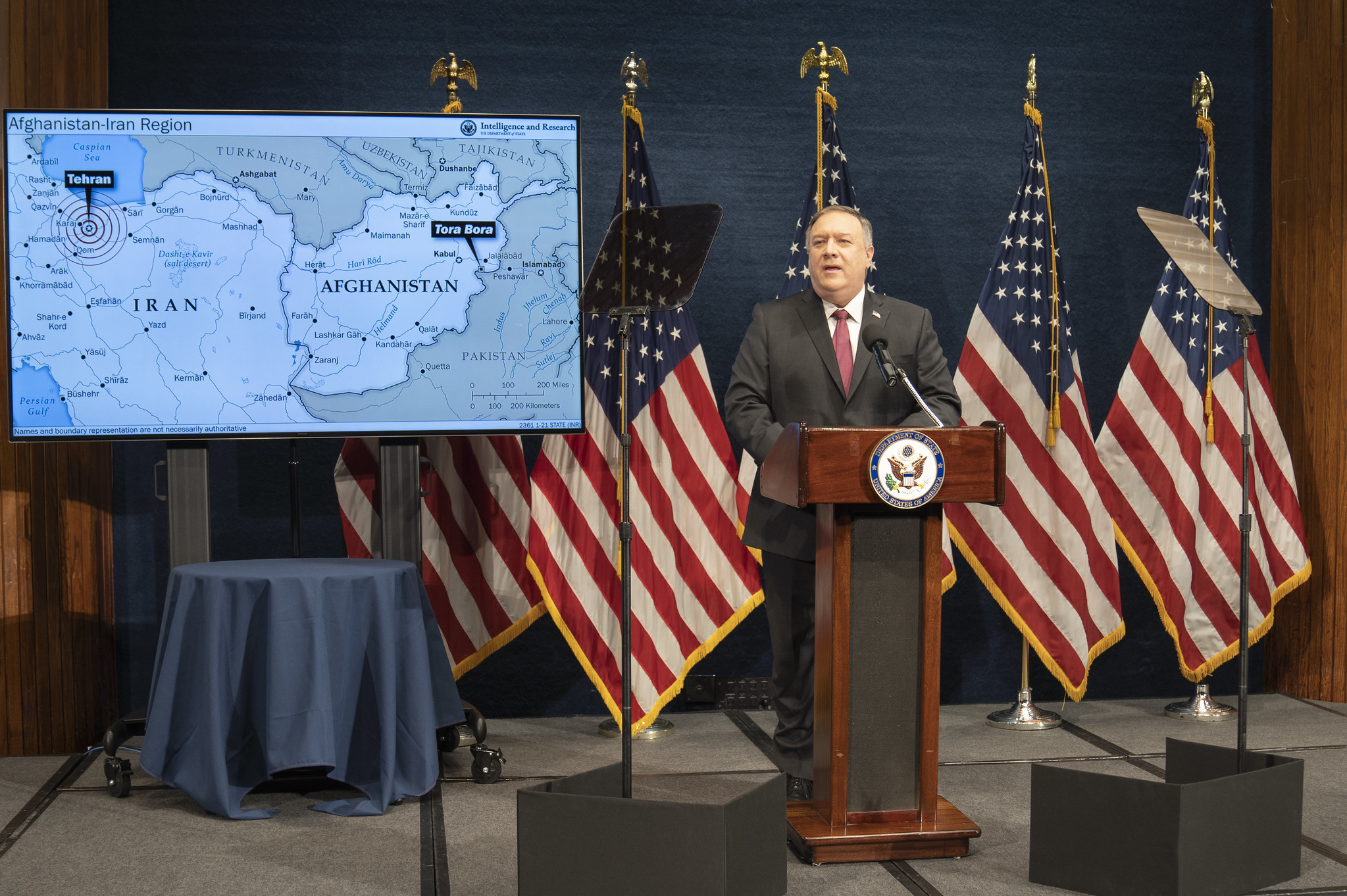 Trump was too busy nursing his grudge to bother with overseas matters, but both Kushner and Pompeo rushed through a package of foreign policy initiatives and policies.

Pompeo decided to classify Cuba, again, as a terrorism-sponsoring state.  That in itself tells you how hollow and flimsy the official criteria for U.S. designation of individuals, groups, and states as terrorists.

The criteria of classification are first and foremost political and subject to extreme fluctuations: Sudan was declared a terrorist state until it normalized with Israel — under extreme pressure.

Furthermore, Cuba has suffered from U.S. terrorism since the victory of the 1959 revolution against the U.S.-supported mafia which ruled Cuba.

Pompeo also decided to add the Houthis in Yemen to the terrorism list, as if the Houthis ever engaged in activities outside Yemen and when, in fact, they have been the most bitter foes of Al-Qa`idah in Yemen. Meanwhile the Saudi-UAE-U.S. war on Yemen has in fact improved the lot of Al-Qa`idah there.

The Houthis’ terrorism designation would complicate the cumbersome efforts of international organizations to provide aid to Yemen, and the U.S. has rejected UN pleas to factor in the humanitarian needs of the people of Yemen.

Various international sanctions were added, including one with religious significance for millions of Shi`ites, and Pompeo, in the wake of a tête-à-tête with the director of Mossad, announced that Iran is now the new base for Al-Qa`idah.

This move blatantly ignores the Sunni-Shiite conflict between the two sides, which the Zionists in D.C. are too quick to dismiss for propaganda purposes, just as they themselves promoted the myth of an alliance between Saddam Husayn and Osama Bin Laden.  Of course, some of these recent U.S. official acts were political favors to the Saudi regime (and to Israel).

The Saudis have been ingratiating themselves with the U.S. administration ever since Trump was elected. But the ingratiation increased in intensity after the murder of Washington Post columnist Jamal Khashoggi when Trump extracted more concessions from the regime under the pretext of fending off congressional action against Riyahd.

Saudi Arabia not only blessed the recent wave of Gulf and other Arab normalization with Israel, but it was the chief instigator and sponsor, despite its reluctance to join openly.  It is a matter of time —when Crown Prince Muhammad bin Salman (MbS) feels secure in the throne —before the regime will follow the tide of normalization.

The Trump administration was also eager to please both Saudi Arabia and Israel to make it more difficult for the Biden administration to return to Obama’s framework of relations with Iran. 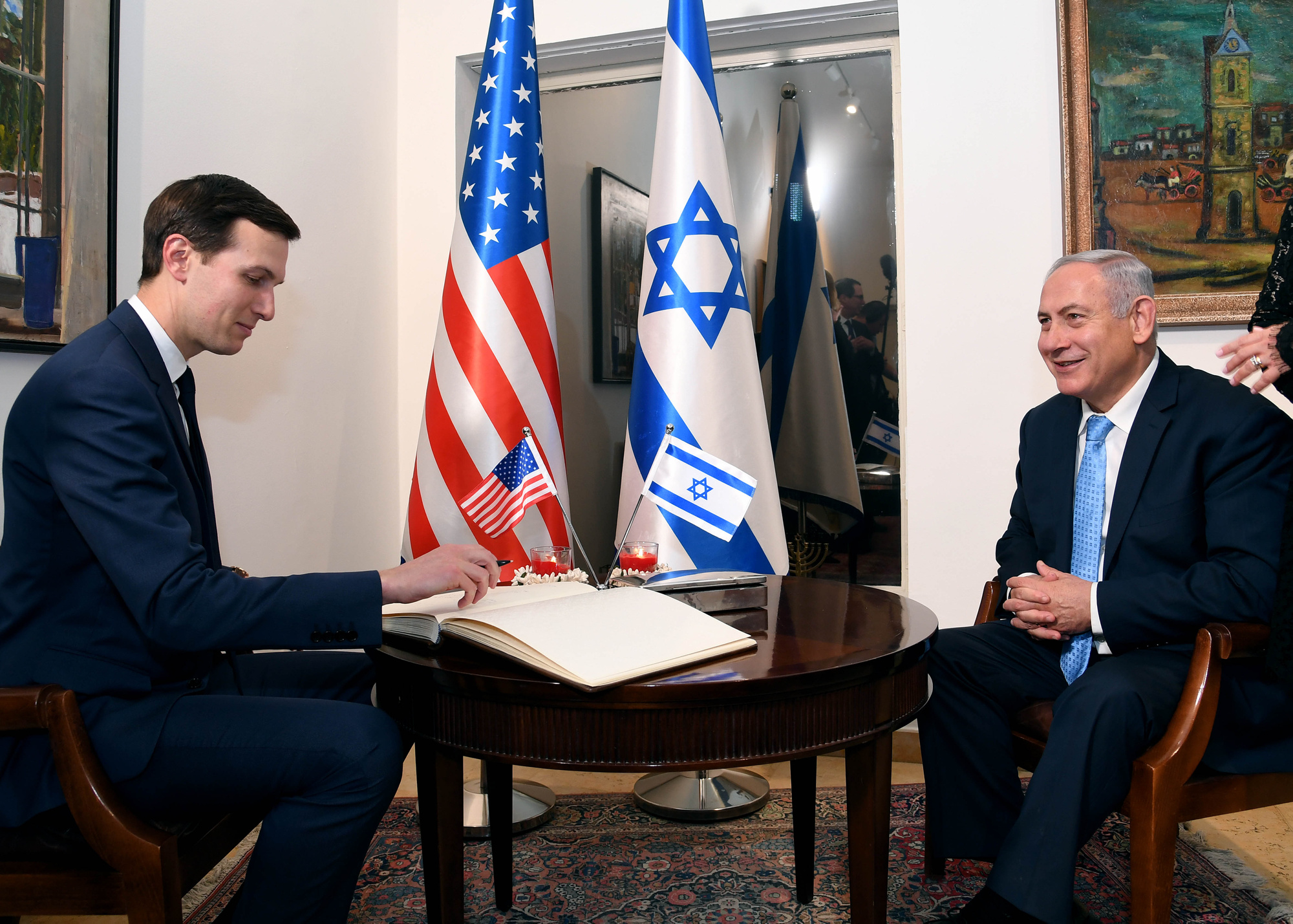 But Kushner was most busy in the Gulf region.  He engineered a dramatic Gulf Cooperation Council reconciliation on Jan. 4 after years of feuding between Qatar, on the one hand, and the UAE and Saudi Arabia on the other.

In 2017, Saudi Arabia and the UAE both declared an open boycott and siege on Qatar and accused it of conspiring with Iran against its neighbors.  The UAE intelligence service even hacked the official national news site of Qatar to distort the words the Qatari Emir.

All UAE and Saudi regime media used the hacking to make claims about a historical betrayal by Qatar of Arabs (bin Salman presumably represents the Arabs according to this scenario).  Saudi Arabia closed its borders with Qatar and banned Qatar’s airline from flying over Saudi airspace.

Egypt and Bahrain also joined the campaign on Qatar while Kuwait and Oman took a neutral role and were rather closer to the Qatari stance.  Saudi Arabia and the UAE quickly released a list of conditions that Qatar had to accede to before any reconciliation would be considered.

The UAE-Saudi-Bahraini alliance made it clear that they wouldn’t settle for any deal that would not include closure of all pan-Arab Qatari media outlets, including Al-Jazeera.  Initially, Trump tweeted sympathy with the Saudi-UAE campaign against Qatar but the U.S. government — presumably under pressure from the military command — quickly adjusted and called for reconciliation, taking into consideration that Qatar hosts the biggest U.S. military base in the Middle East. 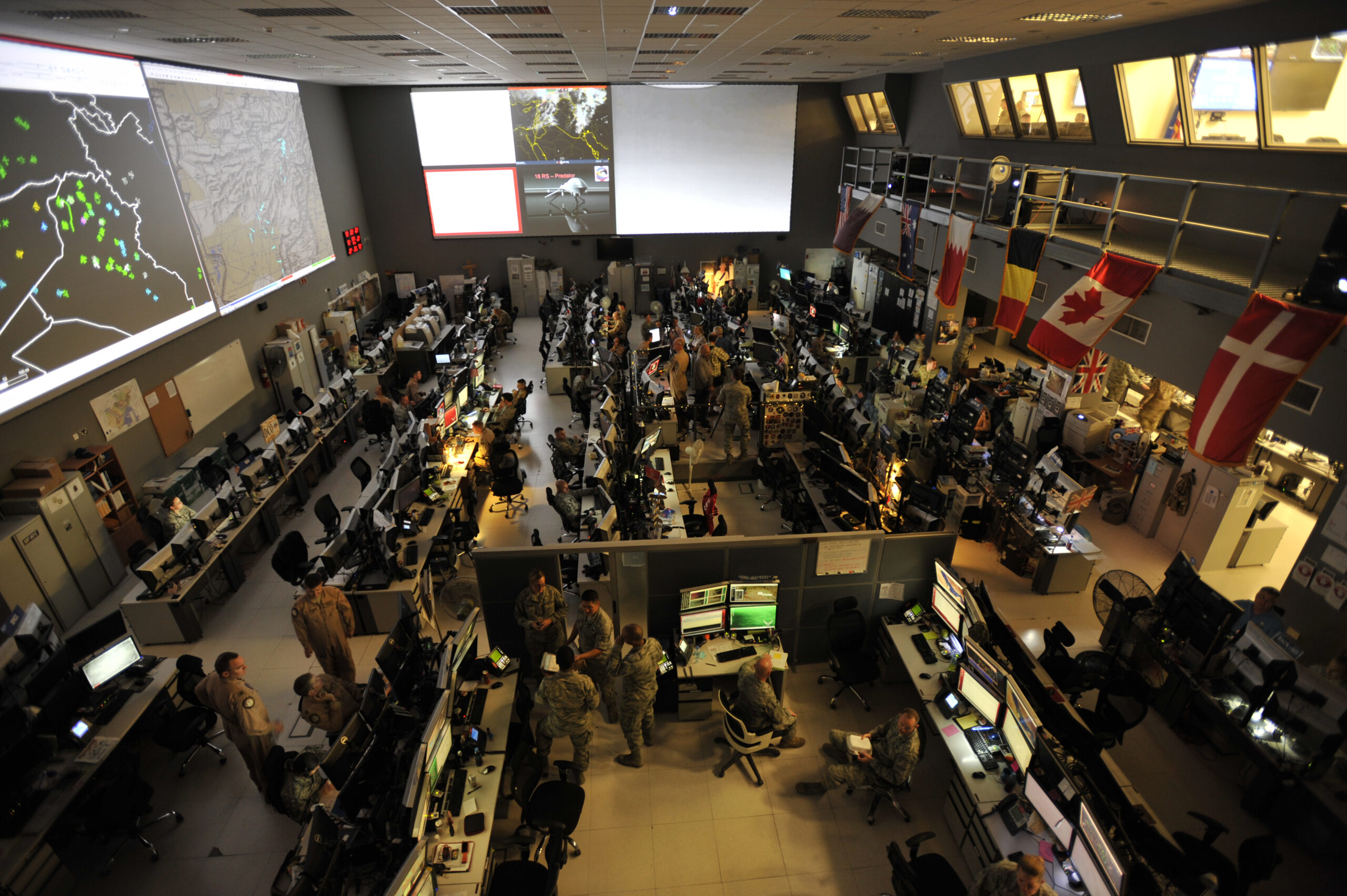 Kuwait attempted mediation but the Saudi and UAE regime would not budge.  Qatar was willing to make compromises as it has done in the past when it would for example ban Saudi dissidents from appearing on Aljazeera as a price for better relations with the Saudi regime. (I was contacted in 2017 at the onset of this conflict by Aljazeera and invited to appear presumably to bash the Saudi regime, but I made it very clear that I won’t be a tool for warfare between various despotic regimes. I reminded them that they feuded in the past and then reconciled).

The reconciliation was sudden and concessions by the UAE and Saudi Arabia were uncharacteristic, to the effect that they basically dropped the famous 13 conditions and agreed to lift the tight siege on Qatar in return for nothing from Qatar — at least nothing that we know of.

The two regimes had not been magnanimous toward Doha, whom they accused of collaborating with their chief enemy, Iran, and conspiring with Turkey and the Muslim Brotherhood.  (It is true that Qatar has been a chief sponsor in recent years of the Muslim Brotherhood and a close ally of Turkey which also supports the Brotherhood).

While it was Kushner who sponsored this GCC reconciliation, the two regimes (the UAE and Saudi Arabia) also have their own calculations.

Both the Saudi and UAE regimes were assuming that Trump was going to be re-elected.  Both were nervous about a Biden presidency, although bin Salman had the most reasons to worry.  It’s not that Biden will reverse the traditional U.S. foreign policy of installing and coddling despots around the world.

That won’t change. But the Democratic leadership is on the record committing to hold bin Salman responsible for the murder of Khashoggi, who has become in Democratic rhetoric a symbol of freedom of speech (as opposed to say, Julian Assange) — which is ironic given Khashoggi’s lifetime of propaganda work for the House of Saud.

Biden pledged to seek accountability and that won’t be easy to reverse, despite Biden’s long career of support for Arab despots.  Most likely, Biden will support the replacement of MbS with another prince. Former Crown Prince Muhammad bin Nayif remains a favorite of the D.C. security and intelligence establishment.

But the rehabilitation of MbS is not out the question, especially if he were to follow in Sadat’s footsteps by addressing the Israeli Knesset.

Bin Salman has not been able to visit Western capitals since the murder of Khashoggi, and no Saudi king can rule without having direct access to the White House and Congress.  Bin Salman needs to improve his image quickly now that Biden has taken over. 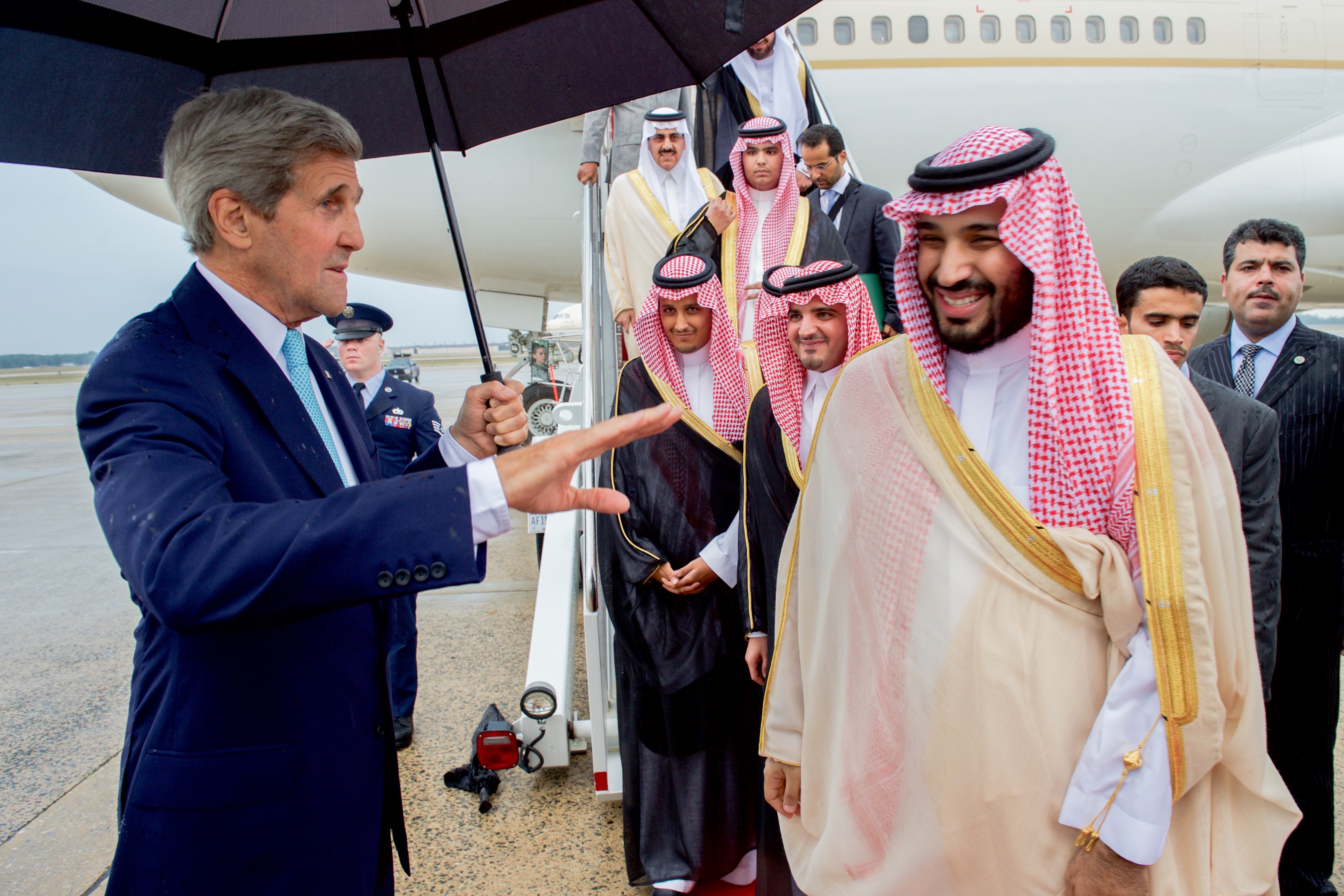 Trump, not unlike previous presidents, supported and armed Gulf despots but Kushner took the relationship with Sheikh Mohammed bin Zayed (MbZ), the ruler of Abu Dhabi, and MbS a step further by pushing for a regional triangle, which includes Saudi Arabia, UAE and Israel.

The normalization process was blessed and instituted by MbS, but he has not openly joined in.  He has been cautious, particularly because of internal dissent within the Saudi royal family (many of his uncles and cousins remain under house arrest).

If MbS can achieve GCC reconciliation and help the U.S. in creating a united front against Iran in the region, he gains more support from Israel, which is already lobbying the Biden administration for a softer approach to those Arab despots (namely, Egypt, Saudi Arabia and the UAE).

There was little attention paid in the media, following the announcement of Gulf reconciliation, to an important Trump administration announcement: that the U.S. decided a week before Biden’s inauguration to move Israel from under U.S. European military command to Central Command, which covers the Arab region.

The U.S. will be working to consolidate the Israeli-Gulf regional alliance and the Biden administration won’t work to reverse that either. 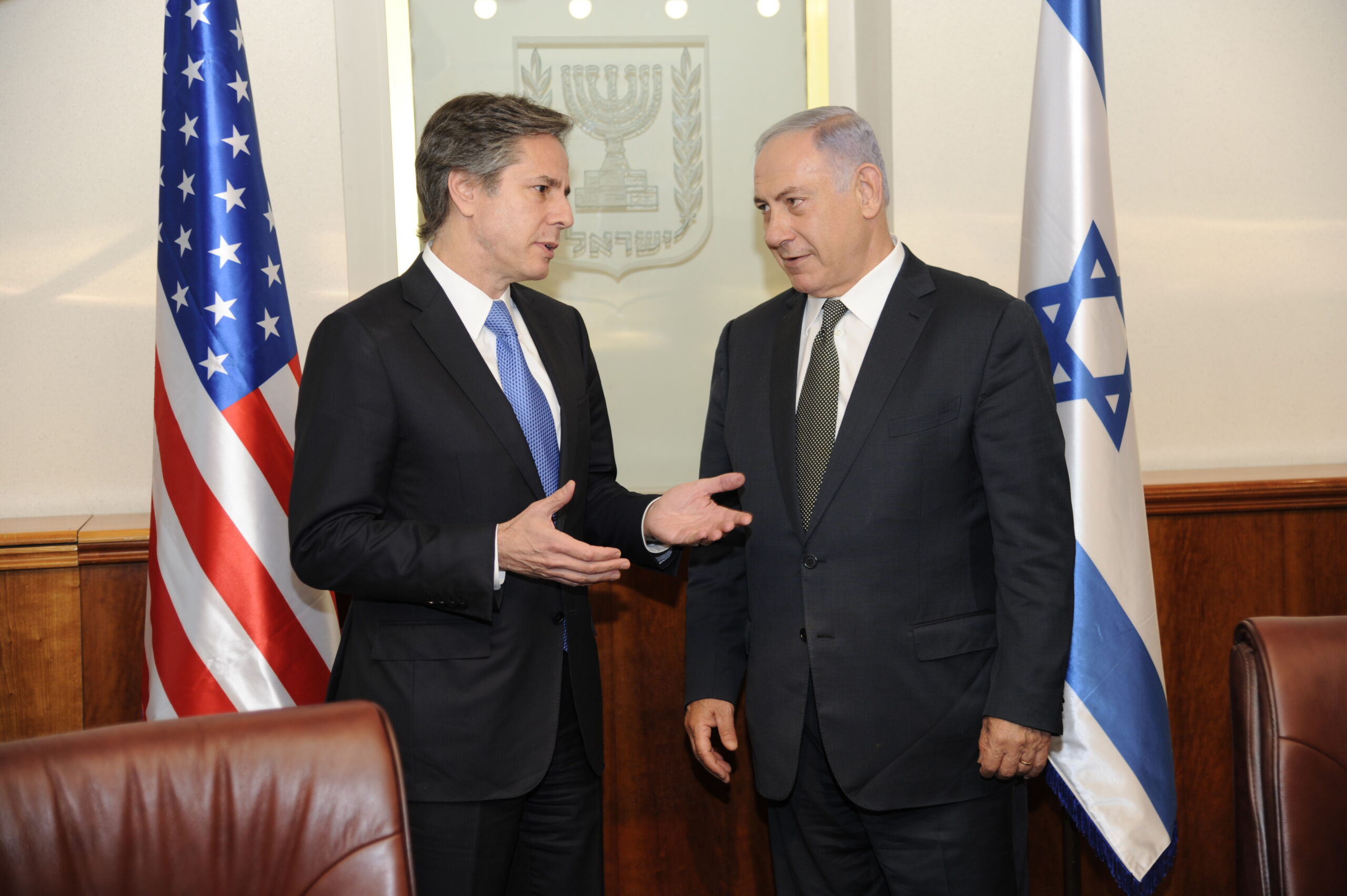 Biden: No Change Toward Palestine Either

In fact, most of the pro-Israeli policies of the Trump administration will remain in place, like reopening the U.S. consulate in East Jerusalem, re-opening the PLO office in Washington, refunding the UN’s Palestinian relief agency UNRAW, and declaring support for a two-state solution but without committing to any concrete steps to ensure its implementation.

MbS is working to prepare the stage not only for his coronation but for U.S. support for his coronation.  He knows that his task has been made most difficult with the murder of Khashoggi and with the advent of a new administration which does not have the same admiration for his role in the region. 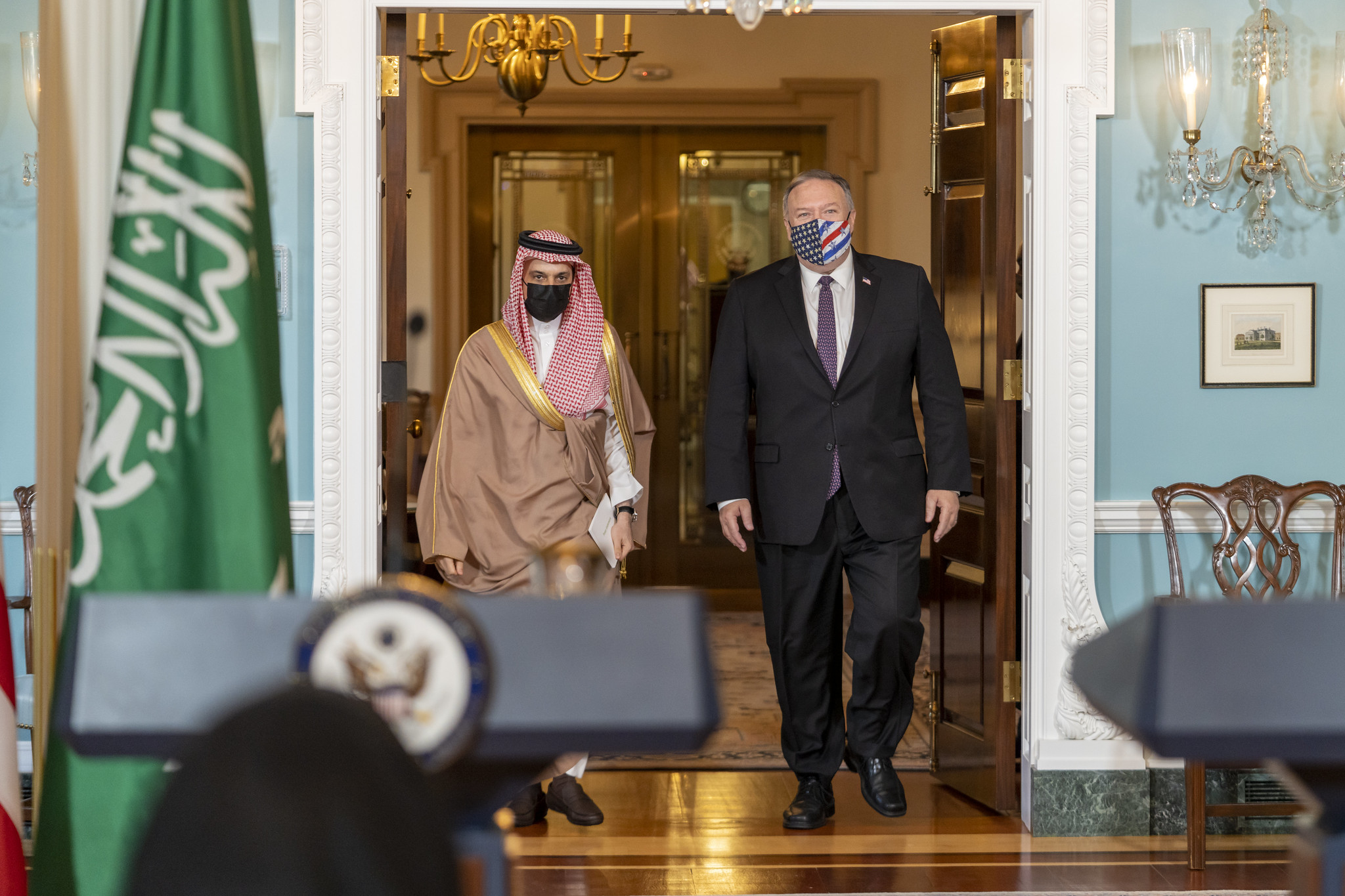 The direct line to Kushner in the West Wing is gone, as is the attempt to obtain Trump’s gratitude with an arms deal.  Not that Biden will be going around the world punishing despots, but MbS has a big hurdle to overcome with the new White House and State Department teams.

For that, the road to Washington will pass — as is always the case for Arab tyrants — through Tel Aviv.  MbS has now arranged for the (theoretical) consolidation of the GCC team, and with the addition of Israel to Central Command, he will present a unified front vis-à-vis Iran to the Biden administration.

By reconciling with Qatar, he has succeeded in obtaining Qatari good will, which will be translated into unannounced concessions by Doha: It will over time end its hosting of Saudi dissidents in its media, and criticisms of Gulf normalization with Israel will diminish gradually so as not to cause frictions between GCC members. (Let us not forget that the Qatari regime took the first steps to open normalization with Israel among Gulf countries).

The GCC has been a united front in name only and conflicts and frictions between its members has characterized its history.  But the preservation of the GCC has been an American imperative especially with the projection of U.S. military force in the Gulf following the war on Iraq in 1991.

Nevertheless, the recent reconciliation could be significant for an eager Saudi crown prince who is wondering how the Biden administration will handle his succession to the throne.

5 comments for “THE ANGRY ARAB: Machinations in the Gulf”