The constituency that Trump has assembled will continue to flourish as long as the social and economic crisis spirals further out of control, writes Vijay Prashad. 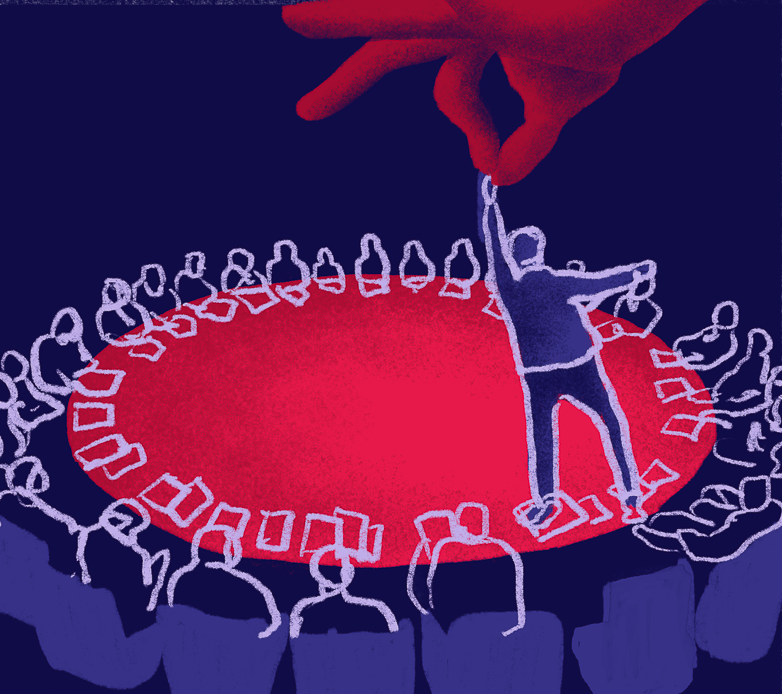 On Jan. 6, the world witnessed an interesting spectacle, an assortment of what appeared to be characters from fantasy television shows taking possession of the U.S. Capitol, where the legislature sits. Despite spending more than $1 trillion on its military, intelligence services and police, the United States government found itself overrun by a horde of Donald Trump’s supporters. They came without any precise program and were not able to elicit a serious revolt around the country. What they showed clearly is that there is a serious divide in the United States, which weakens the ability of the U.S. elites to exercise their domination over the world.

Around the world, people gaped at the bizarre pageant of Trump’s army running riot in the chambers of the body that calls itself the “world’s oldest democracy.” With precision, Zimbabwe’s President Emmerson Mnangagwa sent out a tweet that tied the U.S. economic sanctions against his country to the chaos in Washington, D.C. The events at the Capitol, he wrote on Jan. 7, “showed that the US has no moral right to punish another nation under the guise of upholding democracy. These sanctions must end.” The government of Venezuela offered its concern about the “political polarisation and the spiral of violence” and explained that the United States now experiences “what it has generated in other countries with its policies of aggression.”

President Mnangagwa’s use of the term “moral right” has echoed across the world: how can a society that faces such a severe challenge to its own political institutions feel that it has the right to “promote” democracy in other countries, using the various instruments of hybrid war?

The United States – like other capitalist democracies – has struggled with insurmountable challenges to its economy and society, with high rates of wealth inequality crushed by large-scale precarity and income deflation. Between 1990 and 2020, U.S. billionaires saw their wealth increase by 1,130 percent, while median wealth in the U.S. increased by only 5.37 percent (this increase was even more marked during the pandemic). Exits from this social and economic crisis are simply not available to the U.S. ruling class, which seems not to care about the great dilemmas of its own population and of the world. An example of this is the meagre income support provided during the pandemic, while the government hastens to protect the value of the wealth of the small minority that holds an obscene share of national wealth and income.

Rather than seek a solution to the economic and social crisis – which it cannot solve – the U.S. ruling class projects its problem as one of political legitimacy. There is now a false sense that the main problem in the United States is posed by Donald Trump and his rag-tag army; but Trump is merely the symptom of the problem, not its cause. The constituency that he has assembled will remain intact and will continue to flourish as long as the social and economic crisis spirals further out of control. Large swathes of the U.S. elite have rallied around Joe Biden, now the president elect, hoping that he – as a representative of stability – will be able to maintain order and restore the legitimacy of the United States. Their view is that the U.S. is currently facing a crisis of political legitimacy and not a socio-economic crisis for which they have no answers.

The January dossier from Tricontinental: Institute for Social Research, “Twilight: The Erosion of US Control and the Multipolar Future,” broaches the question of the decline of U.S. authority. Since the U.S. war on Iraq (2003) and the credit crisis (2010), there has been the anticipation of the decline of the power of the United States and its project.

At the same time, the United States continues to exert immense power through its military superiority, its control over large sections of the financial and trade system (the Dollar-Wall Street Complex), and its command over information networks.

Since the late 1940s, the United States has declared that anything “less than preponderant power would be to opt for defeat.” This political aim has been repeated in each National Security Strategy of the United States government. The socio-economic crisis over the past two decades has weakened U.S. authority, but it has not eroded U.S. power. This is why our dossier is titled “Twilight”: we are in the midst of a process of the whittling down of U.S. authority, but not of the loss of U.S. power.

As a consequence of these intellectual developments, China’s firms have made key technological breakthroughs, such as in solar power, robotics and telecommunications. A high savings rate by the population has enabled the Chinese state and private Chinese capital to make considerable investments in manufacturing; this has propelled China’s high-tech industries, which have seriously threatened Silicon Valley firms. It is this challenge, we argue in this dossier, that has provoked the U.S. ruling class to instigate a dangerous confrontation against China; President Barack Obama’s “pivot to Asia” and Trump’s “trade war” have both had a military component, which includes the deployment of tactical nuclear warheads into the waters around Asia. 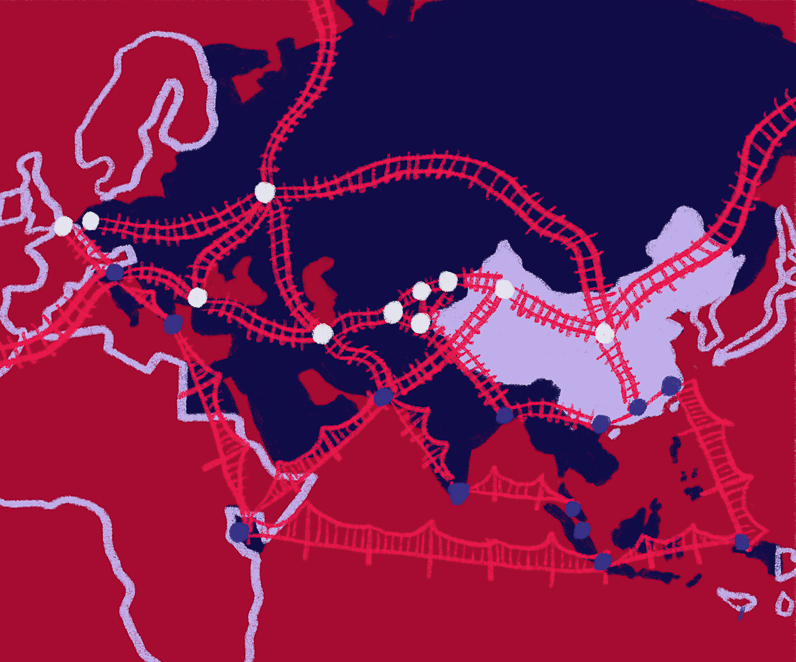 Rather than tackle the great social and economic challenges within the U.S., its ruling class has taken refuge in anti-Chinese rhetoric. Why is the employment situation so bad in the United States, the people ask? Because of China, say the elites — whether those who support Trump or those who look back nostalgically to Obama.

Trump used the Obama-era Quad (Australia, India, Japan and the United States) against China, while Biden promises to build a wider “coalition of democracies’ (the Quad plus Europe) against China. Regardless of which fragment of the U.S. ruling class governs the country, these leaders will seek to shift all responsibility for their failures onto China. This is a cynical and dangerous strategy because – as we point out in the dossier – the U.S. elites well know that China’s economic development poses a serious challenge to the U.S., but that China does not have any military or any significant political ambitions to dominate the world. The U.S. ruling class, however, is willing to risk a cataclysmic war to protect its preponderant power.

In 1972, when the socialist government of Salvador Allende in Chile came under murderous pressure from the United States, the poet Nicanor Parra wrote:

United States: the country where
liberty is a statue.

A year later, the U.S. government told General Augusto Pinochet to leave the barracks, overthrow Allende’s government and inaugurate a dictatorship that would last for 17 years. Three years before the coup took place, the CIA’s director of plans wrote:

“It is firm and continuing policy that Allende be overthrown by a coup. It is imperative that these actions be implemented clandestinely and securely so that the [United States government] and [the] American hand be well hidden.”

This policy of making sure that the “American hand be well hidden” is part of the hybrid war techniques, which we outline in the dossier.

Brave women and men fought and died to overthrow the Pinochet dictatorship. Amongst them were people like Ricardo Silva Soto, a young man who liked to play football and enjoyed his studies at the Faculty of Chemical Sciences and Pharmacy at the University of Chile. He joined the Communist Party of Chile’s Manuel Rodríguez Patriotic Front (FPMR), which operated against the tentacles of the dictatorship. 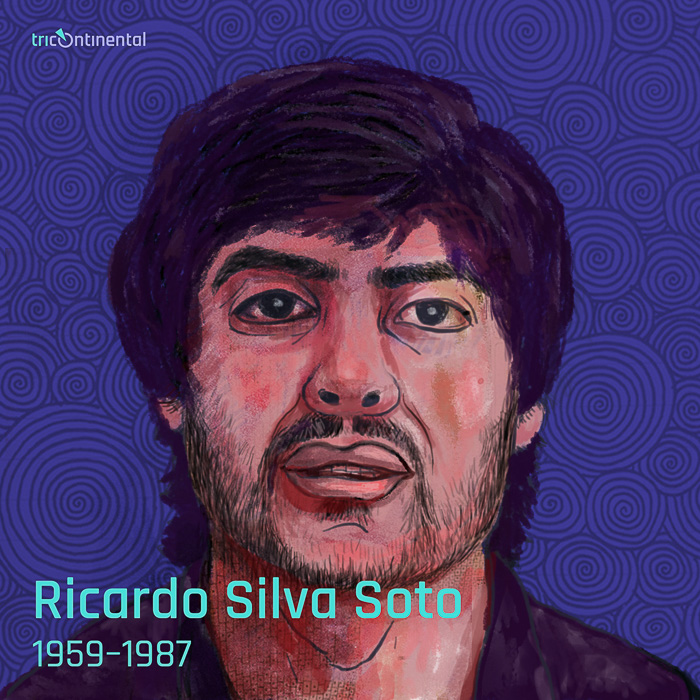 In June 1987, Silva Soto and others were killed in cold blood in Operation Albania. The Chilean Human Rights Commission and Vicaría de la Solidaridad found that no bullets had been fired from inside their safe house at 582 Pedro Donoso Street in Santiago; the bullets were fired at close range at the militants. In Recoleta, there is a people’s pharmacy named for Silva Soto. It was opened in 2015 by the mayor, Daniel Jadue, who is now a candidate for the Chilean presidency. The creation of this pharmacy led to the establishment of the Chilean Association of Popular Pharmacies (ACHIFARP) and to the opening in 94 municipalities across Chile of such establishments, which have played a key role in the fight against Covid-19. Ricardo Silva Soto was killed to stop the world from breathing; his name now sits atop a process that helps the world survive.

The global reaction to the events of Jan. 6 shows that the authority of the United States is greatly dented. Biden will use any method — including hybrid war — to revive this authority. But it is unlikely to succeed. Parra’s poem was written in 1972 with bitter irony; today, due to the worldwide interest in Black Lives Matter and the public appearance of the white supremacist Trump-supporting hordes, Parra’s statement is seen to be a description of reality.

The U.S. has considerable resources to reassert its authority. The struggles ahead – in the name of people like Ricardo Silva Soto – will be difficult and perilous. But – for the sake of humanity – these struggles are essential.

7 comments for “The Country Where Liberty is a Statue”