Magistrate Vanessa Baraitser on Wednesday did not grant bail to WikiLeaks publisher Julian Assange after she blocked a U.S. extradition request on Monday. 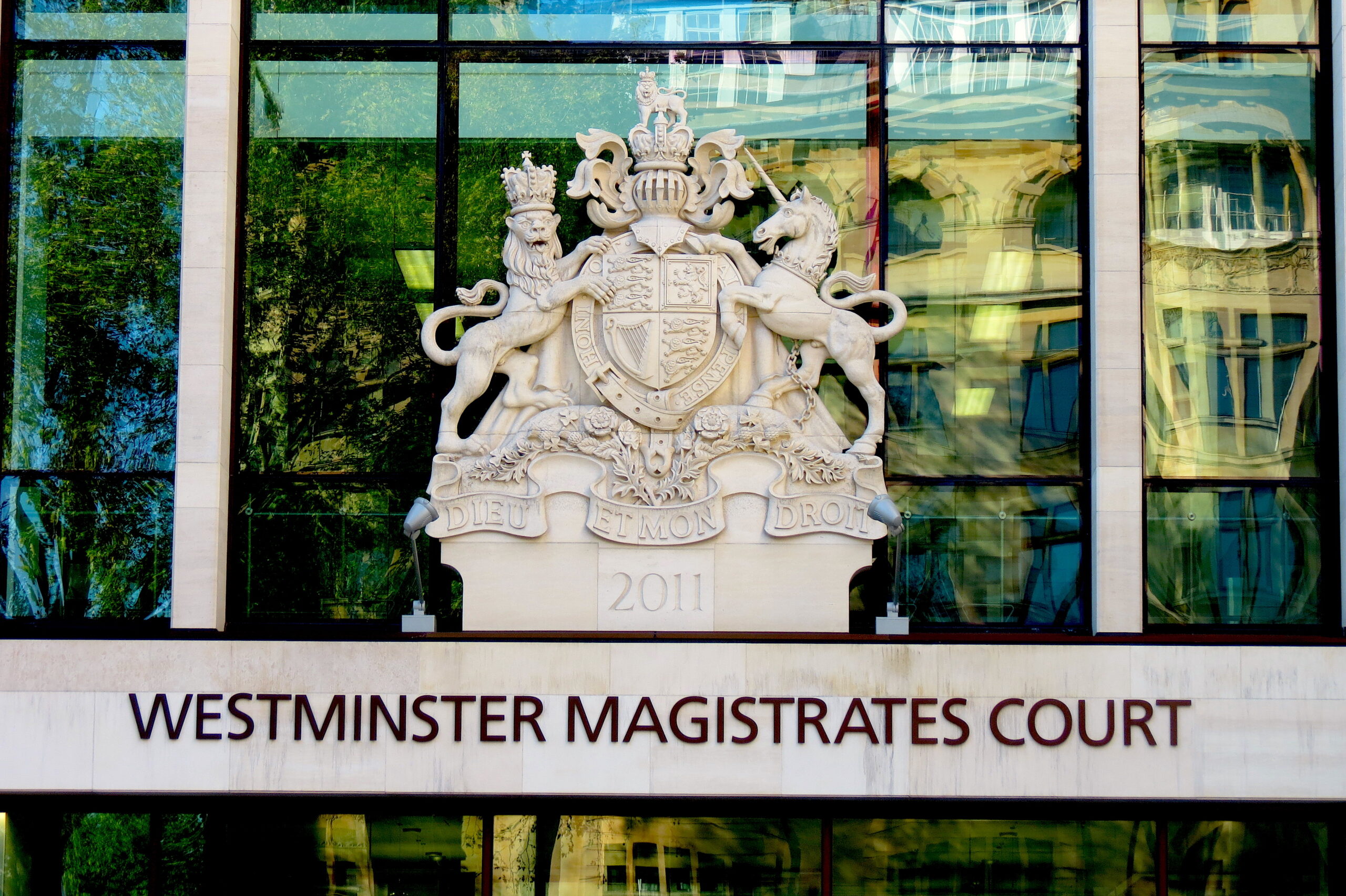 Magistrate Vanessa Baraitser on Wednesday failed to release WikiLeaks publisher Julian Assange two days after she ordered Assange discharged based on a severe risk of suicide.

She ordered him back to Belmarsh prison on remand while the U.S. appeals process goes forward.

Assange’s lawyers had pled for him to leave Belmarsh prison, and be placed under house arrest with his partner Stella Moris and their two sons, wearing an ankle monitoring device.

“Notwithstanding the package offered by the defense, I am satisfied that he might abscond,” Baraitser told the court.  The judge said that Assange had a huge network of supporters that could help him get away.

In effect, Baraitser went back on her own ruling, not on extradition, but on discharge. “The history of this case is well-known… Assange skipped bail & remained in the Ecuadorian Embassy to avoid extradition to the U.S.,” Baraitser said in her decision.

Baraitser said she ordered Assange’s  discharge, but because there has been an appeal,  “Mr. Assange still has an incentive to abscond.” She also said conditions in Belmarsh were nowhere near as dire as in U.S. prisons, though she acknowledged in her written judgement Monday that Assange spoke repeatedly of suicide in Belmarsh and that a razor and a rope were found in his cell.

Kristinn Hrafnnson, editor of WikiLeaks, said afterward that Assange’s lawyers would appeal the decision to deny bail to the High Court in hours or days. “We expect it to be overturned,” he said.

“It is unjust and unfair and illogical when you consider her ruling of two days ago about Julian’s health in large part because he is in Belmarsh prison,” Hrafnnson said. “To send him back there doesn’t make any sense.”

In her written judgement on Monday Baraitser exhibited a high indifference to Assange’s safety, saying that plans discussed by the U.S. to poison or kidnap him from the Ecuadorian embassy were apparently understandable. She wrote:

“They [the defense] alleged that the US authorities discussed more extreme measures such as kidnapping or poisoning Mr. Assange. I have declined to make findings of fact regarding whether this took place, as the allegations are currently being investigated in Spain. I merely note here that if the allegations are true, they demonstrate a high level of concern by the US authorities regarding Mr. Assange’s ongoing activities.”

The prosecution in the bail hearing argued that as of Tuesday night there were only three cases of Covid-19 in Belmarsh. Edward Fitzgerald QC for the defense said there had been 59 cases before Christmas and that the prison was still locked down, as is all of England because of the pandemic.

Baraitser said she believed the prosecution that the risk of Covid-19 in the prison was low, though it is clear that infections can rise as well as fall, as prosecutor Clair Dobbin herself alluded to. Fitzgerald said he did not want the bail hearing to overly focus on the Covid-19 issue, but it was clearly a point important to Baraitser.

The prosecution argued that bail should be denied because Assange had “gone to extraordinary lengths to avoid extradition,” said Dobbin. She cited Assange taking refuge in the Ecuadorian embassy after he lost an appeal in the British Supreme Court in 2012 to be extradited to Sweden on sexual misconduct allegations.

Dobbin also pointed to Assange’s own account of how he and WikiLeaks helped Edward Snowden evade arrest in 2013, a point taken up by Baraitser in her oral ruling Wednesday.

“His history shows he will go to any length to get away,” Dobbin said. “He spent 7 years in a small embassy to avoid extradition. We can’t take chances that he will try again.”

Dobbin said it is “obvious he considers himself above the law and that no cost is too great.” Fitzgerald argued for the defense that conditions for Assange were totally different now than when he entered the embassy for fear of extradition to the U.S. because Baraitser herself had blocked that extradition on Monday.

The prosecution cited Mexico’s offer of political asylum as a way of pointing out that he could abscond if he were granted bail.  The defense made it clear that Mexico only meant after the appeals process plays out in Britain.  Dobbin took the opportunity to begin laying out the U.S. case for appeal until Baraitser cut her off as being irrelevant to a bail hearing.

The U.S. strategy essentially is to try to prove that the U.S. has the capacity to prevent suicides in its prison systems.

Judge Baraitser has refused to grant Julian #Assange bail – even though she acknowledges his extreme suffering in prison. Such is the Queen of Cruelty. But there is an informed hint from Washington that Biden may not pursue an appeal to the UK High Court, where Julian will win.

Eric, 92 years old,has just been arrested.
Police have told independent media they have to leave or be arrested. CNN and others are fine. #Assange pic.twitter.com/vF7wCcjoJY

Baraitser was ready to immediately hear a bail application on Monday but Assange’s lawyers asked until Wednesday to make it. She told the court that her decision whether to release Assange from remand in Belmarsh prison would also depend on the U.S. decision on an appeal, which the U.S. has already lodged, Baraitser said in court.

Baraitser ruled Assange discharged because she said U.S. authorities did not convince her they could prevent him taking his life. Before reaching her conclusion Baraitser agreed with virtually every point in the U.S. favor until she came to the condition of his health and what extradition to the U.S. would mean. Baraitser brought Assange down a dark alley before her surprise decision at the end.

The moment the judge said Assange would be “discharged” on Monday the courtroom camera swung to him sitting in the glassed-in dock. He showed no reaction.  The camera did not show Assange when Baraitser ordered him back to Belmarsh on Wednesday.

Look, we have to face this abhorrent truth: we live in democracies where #Blackwater #warCriminals are free as the air, and a journalist like Julian #Assange who exposed the war criminal risks dying in a high-security prison. These are our institutions. 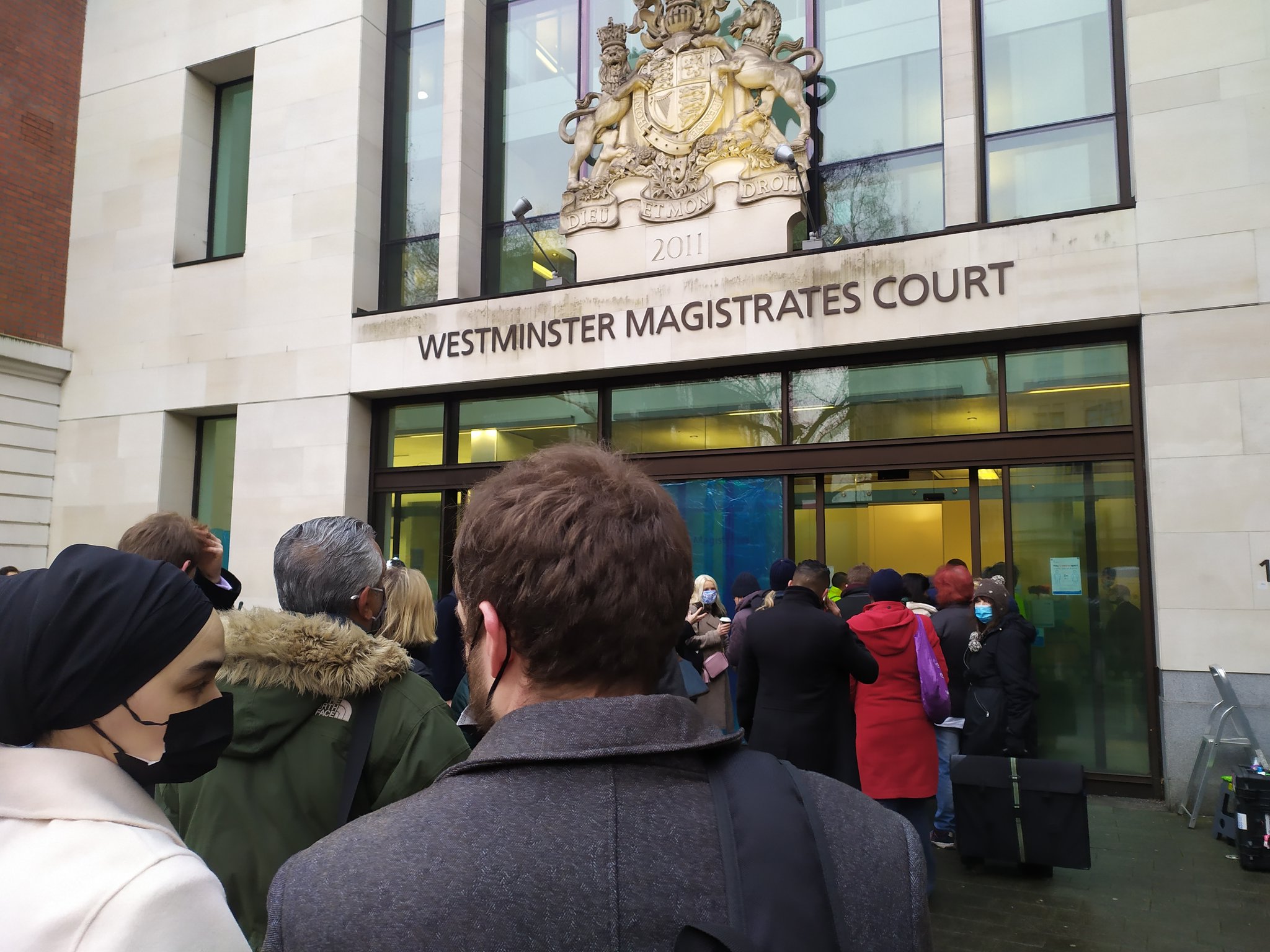 Press freedom advocates were disappointed in Monday’s judgement, saying Baraitser established a precedent to ensnare journalists by  accepting U.S. contentions that Assange was not engaging in journalistic activity but rather assisting his source, Chelsea Manning, crack into a government computer, as well as that he illegally possessed and published classified material.

By affirming that journalists can be prosecuted under the U.S. Espionage Act, as well as the equivalent British Official Secrets Act, Baraitser handed down a perilous ruling for the future of journalism, the advocates argue.

However it may have been unrealistic to expect her to rule that the U.S. was criminalizing journalism. The outcome is probably the best Assange supporters could realistically have expected. Murray said on Monday that it was time to be joyful of the ruling and that the issue of press freedom was for “tomorrow.”

As the judge agreed on every point with the U.S. indictments of Assange, there is little the United States can appeal other than to argue, as Dobbin indicated, that Assange is not severely suicidal or that it can be managed, and that its prisons are not the well-established dungeons that they are. The U.S. may argue on appeal that Assange violated the Espionage and Official Secrets Acts but Baraitser’s ruling to deny extradition on mental health grounds would remain to be challenged.

'Hopeful Assange can be with us soon' | Craig Murray speaks outside Old … https://t.co/HJluAewwGy via @YouTube

US prosecutors state they willl appeal

The decade long process was the punishment

He has suffered enough https://t.co/qG4OU4iqHz

Spot on: “It’s only his fragile health that has saved him from extradition. The US arguments were all upheld. All journalists should be alarmed at the judgement”

LIVE from outside court in London as UK judge rules against Assange extr… https://t.co/nFeJNNTG4B via @YouTub

125 comments for “ASSANGE DENIED BAIL DESPITE BEING ‘DISCHARGED’”