It seems perverse that, a judgement against extradition having been made, Julian Assange should continue to be held in high security prison pending the U.S. government appeal, writes Craig Murray.

Magistrate Vanessa Bararitser walked into Westminster Magistrates Court No.1 at 10.12am Wednesday morning with the sunniest smile and most carefree disposition I have ever seen her adopt. Her shoulders appeared visibly lifted. She positively beamed at Clair Dobbin, counsel for the U.S. government, as she invited her to put the case for the prosecution as to why Julian Assange should not be released on bail.

Dobbin has one of those gloomy, presbyterian personalities that only fully comes to life when it has the chance to condemn somebody. There is nothing like a flat Belfast accent for a really rousing condemnation, and this was a collector’s item.

Julian Assange, she stated in tones that made plain she considered that name in itself to be suspicious and unsavoury, had shown he would go to great lengths to avoid extradition to the United States. The judgement against his extradition turned only on one single point – that of his mental health – and that single point might easily be overturned by the High Court.

Assange had helped Edward Snowden to flee justice; he had boasted about it. As detailed in the U.S. Government’s second superseding indictment, he had organised flights for Snowden and arranged a distraction operation to throw the CIA off the scent. When the U.S. authorities had trapped Snowden in Russia by canceling his passport, Assange had tried to arrange not just private jets but even Presidential jets to help Snowden escape further. Such was Assange’s reach and ability. 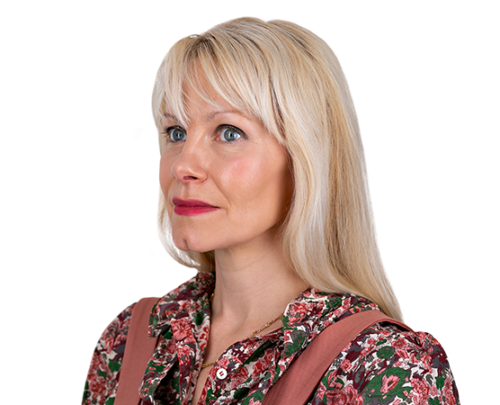 Furthermore, the President of Mexico had made a public offer of asylum, giving Assange a firm motive to escape. Many countries would wish to support him and he might again enter a foreign Embassy. He had hidden for seven years in the Ecuadorean Embassy to avoid extradition to the USA. He had broken his bail commitments in 2012: “any idea that moral or principled reasons would bear on Mr Assange’s conscience turned out to be ill-founded indeed”.

The British government had been obliged to spend £16 million on the surveillance of Mr Assange while he was in the Ecuadorean Embassy. Those who had stood surety for him had failed in their duty to ensure that he presented himself in court in 2012. Tracy Worcester, who was among those offering surety now and had offered accommodation for the Assange family, had failed in her duty in 2012.

Furthermore Julian Assange had obtained diplomatic status from Ecuador, a further example of his seeking means to avoid extradition.

Dobbin then stated the U.S. Government was appealing against the judgement not to extradite, and said it would do so on the grounds that Baraitser had made an error in law in incorrectly applying the relevant test on conditions that would bar extradition.

The test required a rigorous assessment of the facilities for treatment and prison conditions in the USA. This assessment had not taken place.

Dobbin went on to say that Baraitser had misinterpreted the law as to whether the cause of the immediate suicidal impulse was current circumstance or an underlying medical condition. She then argued that Assange’s young family ought not to be a factor, because they had been born while Assange was in the Embassy, and therefore in full knowledge that his future was entirely uncertain. Taken together, Dobbin concluded, these arguments posed an insurmountable obstacle to the granting of bail. 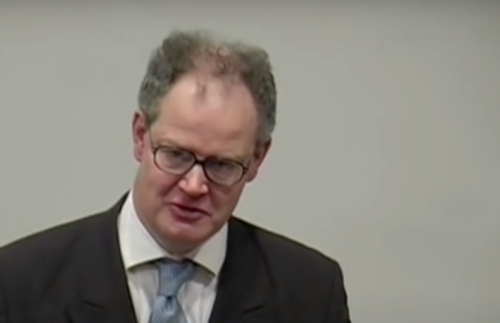 Edward Fitzgerald then replied that Baraitser’s judgement against extradition changes everything. Since October 2019, when the prison sentence for bail-jumping concluded, Assange had been held in Belmarsh prison solely on the basis of this extradition request. Now the request had been refused, he must be entitled to his liberty pending any appeal, as specified in the discharge order of Monday’s judgement. The status quo now was that the extradition request has been refused. Therefore the grounds for detention were gone, and further detention would be oppressive.

The court had accepted that incarceration was deleterious to Assange’s mental health, and he needed the support of his family. Conditions in the prison were made much worse by further lockdown due to Covid-19. Assange had not received a family prison visit since March 2020.

There followed a strange interlude where Fitzgerald stated that there was a major Covid epidemic in Belmarsh and 59 prisoners had tested positive in December. Dobbin rose to deny this and said there had been only 3 positive tests for Covid in Belmarsh, brandishing an email sent by the prison authorities at 10.49pm the previous night. There was heated discussion as to the veracity of this figure.

Fitzgerald next stated that the supervising prosecutor in the USA in this case had put on record his doubts that the incoming Biden administration would wish to continue this prosecution. He also pointed out that the Mexican offer of asylum was specifically for after the conclusion of legal proceedings and after discussion with the UK at foreign minister level. It was not an invitation to abscond.

Assange had no reason to abscond. There was little or no precedent for the High Court overturning any ruling against extradition on Section 91 health grounds. The defence strongly refuted the U.S. government’s claim that the relevant tests had not been properly considered and applied by the court. Numerous expert witnesses had been heard.

The Lauri Love case was the most relevant precedent. Stringent monitoring and bail conditions could be applied, but with the presumption now against extradition, Julian Assange should be returned to life with his family pending any U.S. appeal, to give him a chance to recover his health.

Baraitser then immediately gave her decision. She stated that Assange had been a fugitive from British justice since 29 June 2012 when he failed to report to court as ordered. His entire motive for his residence in the Ecuadorean Embassy had been avoidance of a U.S. extradition request. Assange therefore still had a motive to abscond. He had the backing of a powerful international network of supporters who could facilitate his escape.

Assange had been deeply involved in the organisation of Edward Snowden’s escape which further underlined his contempt for the law. His health problems could be managed well in Belmarsh. Baraitser specifically accepted the figure of 3 COVID cases in Belmarsh given officially by the prison authorities. In conclusion, bail was refused.

All of Julian’s team were optimistic before this hearing and it seems perverse that, a judgement against extradition having been made, Julian should continue to be held in high security prison pending the U.S. government appeal. He has already been in jail for over 14 months just in the extradition matter, after the expiry of his unprecedentedly harsh sentence for bail-jumping.

In effect, having already served that sentence, Julian is now being punished again for the same offence, spending years in extreme prison conditions purely because he once jumped bail, for which he already served the full sentence.

The logic of holding Julian now is simply not there, given the current legal position is that he is not being extradited. Furthermore this continuing raising and lowering of his spirits, and never-ending incarceration with no fixed limit, is destroying his fragile health. Baraitser has played cat and mouse this week. Julian is living his life in conditions both torturous and tortuous.

It is ironic to hear Baraitser declare in condemnatory tones, without equivocation, that Julian only entered the Embassy to escape extradition to the USA. This is of course perfectly true. But I remember the many years when the Establishment line, from the government and repeated in several hundred Guardian columns, was that this truth was a fiction. They claimed there was never any intention to extradite to the USA, and actually he was avoiding extradition to Sweden, on allegations that never had any basis and which disappeared like mist when the time actually came. I suppose we should be grateful for at least this much truth in proceedings.

Today’s judgement makes plain that whatever is happening with Monday’s judgement, it is not genuinely motivated by concern for Julian’s health. Yanis Varoufakis yesterday stated that the ultimate aim is still to kill Julian through the penal system. Nothing that happened today would contradict him.

The extraordinary figure of only 3 Covid infections in Belmarsh is very hard to believe and contradicts all previous information. Plainly Covid is less of a risk than anywhere else in London, and perhaps we should all break in to improve our isolation and safety. The only explanation that occurs to me is that the vast majority of prisoners are denied access to testing and are therefore not confirmed cases. or that the prson has chosen to give testing results for a single day and chosen to misrepresent the meaning of the statistic. In fact the point is not central to the bail application, but as a possible example of yet further malfeasance by the Belmarsh medical team, it is particularly intriguing.

The decision not to grant bail can be appealed to the High Court. I expect that will happen (there has been no chance yet to consult Julian’s wishes), and happen in about a fortnight.

His coverage is entirely dependent on reader support. Subscriptions to keep this blog going are gratefully received.

6 comments for “ASSANGE BAIL DENIED: Both Tortuous and Torturous”