New laws deregulating Indian agriculture, and the undemocratic way they were passed, have triggered one of the largest farmers’ movements in the world, reports Betwa Sharma for CN from Delhi. 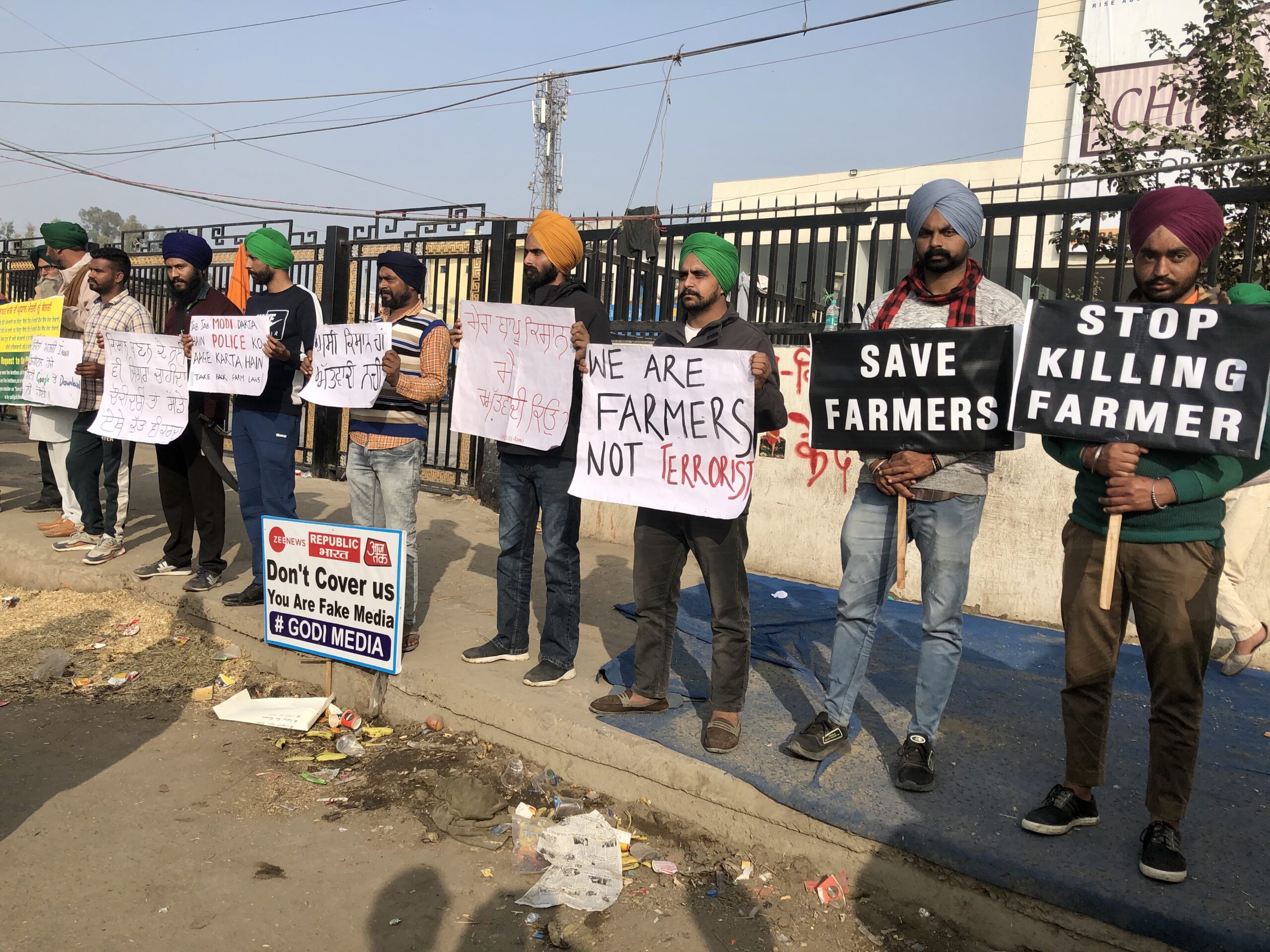 The farmers’ protest in India is taking a tragic turn, with a Sikh priest killing himself “to express anger and pain against the government’s injustice.” In all, 25 farmer deaths have been reported in the three weeks since hundreds of thousands of farmers started amassing on the borders of Delhi.

The deaths have been attributed to accidents and the extremely cold weather in the nation’s capital. As the death toll mounts, farmers are demanding compensation from the Narendra Modi government.

The man who shot himself was Baba Ram Singh, a 65-year-old priest, who left behind a suicide note, saying that he was sacrificing his life to support the farmers.

“I feel the pain of farmers fighting to ensure their rights… I share their pain because the government is not doing justice to them. To inflict injustice is a sin, but it is also a sin to tolerate injustice. To support farmers, some have returned their awards to the government. I have decided to sacrifice myself.”

The three farm laws that deregulate India’s agricultural sector, and the undemocratic way in which they were passed by the Narendra Modi government in August—without speaking with Opposition parties or the farmers—have triggered one of the largest farmers’ movements in the world.

One protest site, the Singhu border between Haryana and Delhi, runs for seven kilometers, with makeshift kitchens, laundry stations, places to sleep and bathe, and medical facilities. Trucks are filled with sacks of wheat and bottles of water. 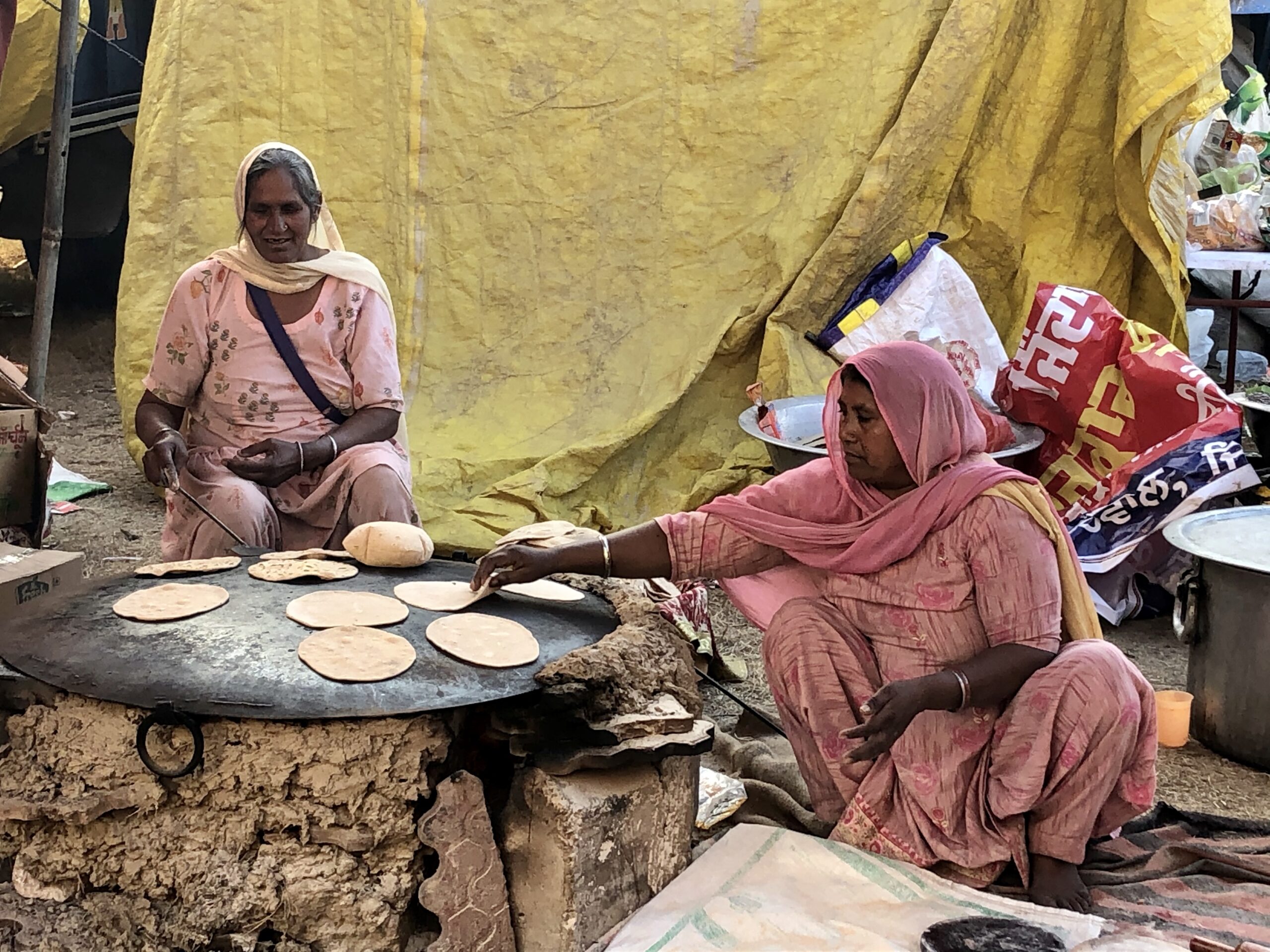 A makeshift kitchen at a strike site. (Betwa Sharma)

Farmers say there is fresh stock arriving every day from Punjab. Food is prepared almost round the clock for the langars, the Sikh practice of serving free meals. At the protest site, the farmers feed not only their fellow protestors but anyone who is hungry.

“The matter is very simple. How can the government change farm laws without speaking with the farmers?” Sarjeet Singh, a farmer from Gurdaspur, Punjab, who is camping on the Haryana-Delhi border, told me. “We have got supplies for six months.”

“Modi’s big corporate friends, Adani and Ambani, will eat up the small farmers. People make the government. Why is the government making people unhappy?” asked Singh.

India’s agricultural sector, a sinkhole of middlemen, commission agents and moneylenders, has been crying out for reforms for a long time. Prime Minister Narendra Modi has said that the new laws that farmers are contesting were being planned by governments for years before his Bharatiya Janata Party came to power in 2014, but they lacked the backbone to implement them.

The two big changes — selling crops outside government-run markets and contract farming — have been happening for a long time where state policies permit. But some argue that a parliamentary law on agriculture — a state subject — violates the basic structure of the Constitution, and the manner in which it was rammed through Parliament violates its spirit.

Petitions challenging the new laws are before the Supreme Court of India. Some states, where the ruling Bharatiya Janata Party is not in power, have refused to implement them. 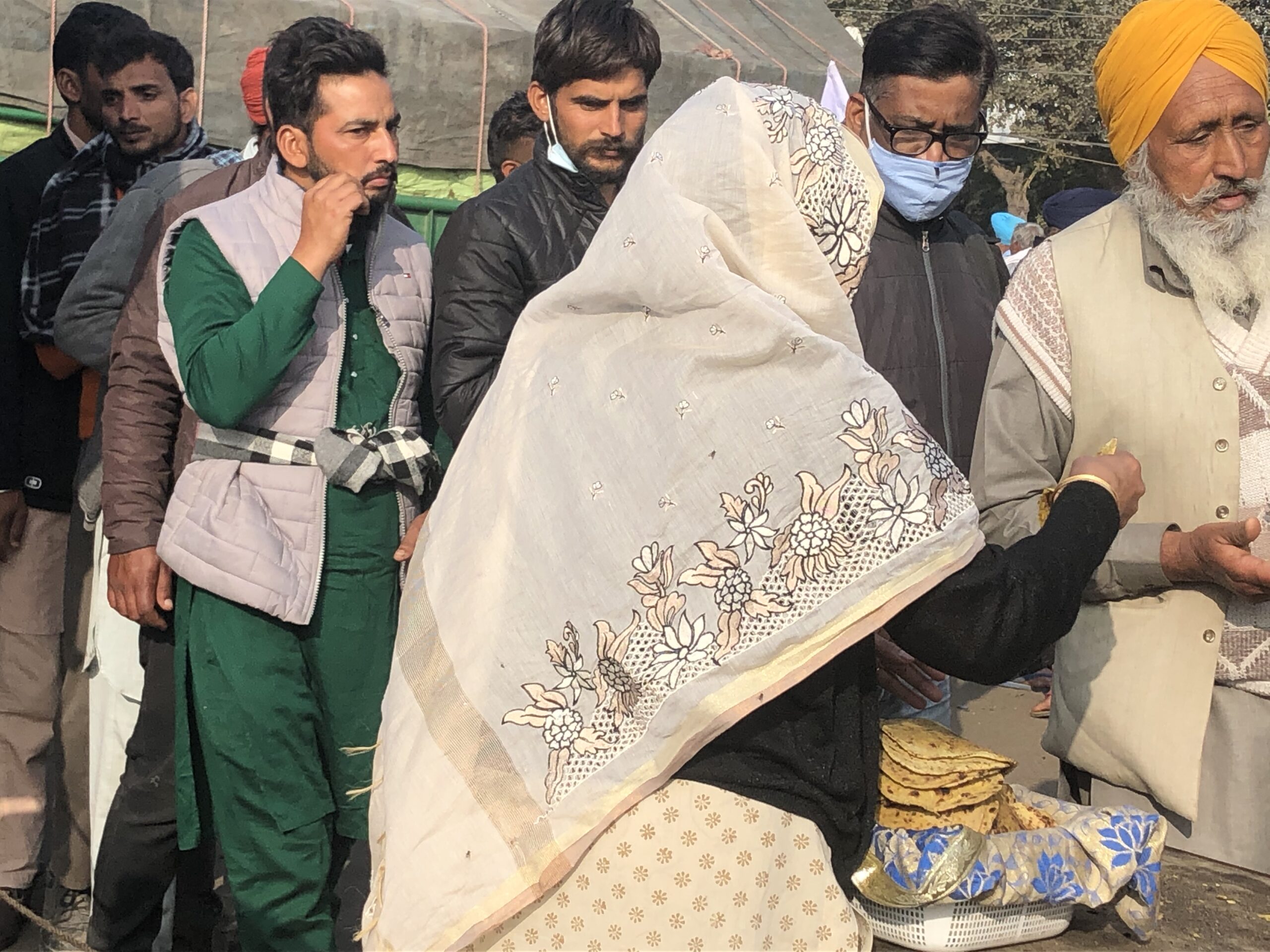 Farmers line up for meal at protest site. (Betwa Sharma)

What farmers fear most is the Farmers’ Produce Trade and Commerce (Promotion and Facilitation) Act. It allows for tax-free transactions between the farmers and private players, outside the mandis, a state-government run market where farmers get a higher price than they would have if they tried selling their crops on their own.

These mandis are far from perfect. The middlemen, who mediate between farmers and traders, exploit farmers. There is price fixing, cartelisation and political interference.

The law intends to free India’s small and marginal farmers — 86 percent of Indian farmers own less than two hectares of land — from this cycle of exploitation. But for small farmers to go to a mandis is often a last resort. They grow just enough to feed themselves and sell some produce locally. They do not have money to arrange for transport to the mandi.

Still, the end of the mandi system means they will lose the only institutionalised system which guarantees a stable income. The worry now is that farmers, especially small and marginal growers, do not have the wherewithal to deal with profit-driven private companies and powerful corporations.

Most of those protesting are relatively affluent wheat and rice-growing farmers from Punjab and Haryana, two states where the mandi system is very strong and enjoy the highest procurement by the government at a Minimum Support Price or MSP.

The new law says nothing about mandis having to close, but farmers fear they will eventually close once traders leave and state governments stop investing in the infrastructure. Until that happens, there will be two parallel markets — one regulated and other unregulated. 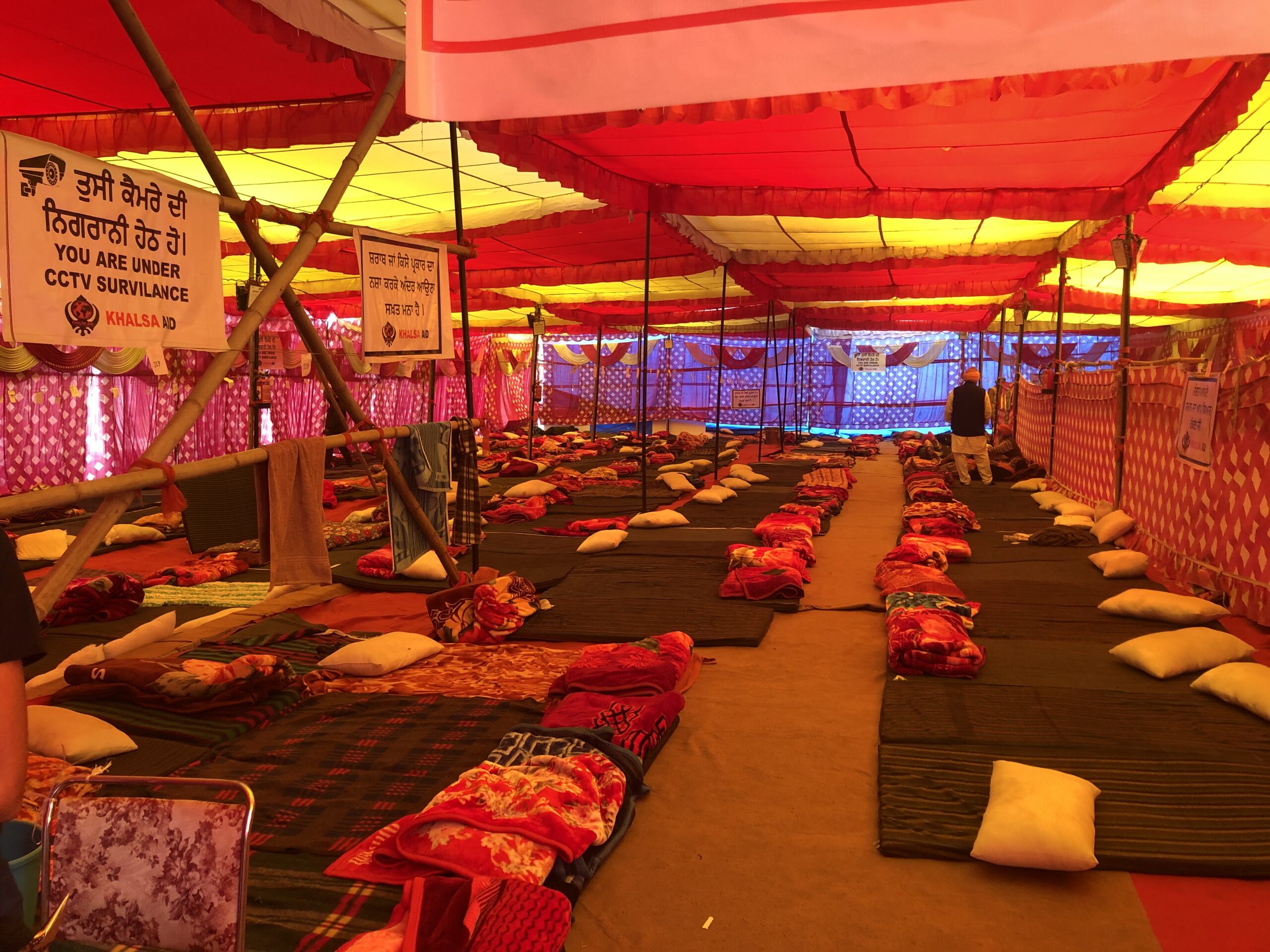 In Bihar state, after the government decided to deregulate in 2006 the mandi system collapsed, but no private players came to Bihar. Farmers were forced to find work as labourers.

So far, the Modi government has said that MSP will continue, but refused the farmers’ demand to make MSP the law, saying it was never a law, but an administrative policy.

Farmers from Punjab and Haryana also fear that instead of wheat and rice, private players will want to buy more lucrative cash crops that they can export.

The second law — Farmers (Empowerment and Protection) Agreement on Price Assurance and Farm Services Ordinance — sets up a framework for contract farming, allowing farmers to enter into contracts with companies. On the upside, contract farming would guarantee a buyer, set a price, give farmers access to technology, and make large scale production more efficient.

The worry when it comes to contract farming is that corporations and traders would draft disadvantageous contracts that farmers will not be able to understand. In fact, the new law says that disputes between buyers and sellers will be settled by a district officer, not the civil courts.

Furthermore, the commission agents — people who travel to villages and buy produce from small farmers (allows them to save on transport costs) — will now act as agents of corporates, driven by profit, and far less invested in cultivating long term working relationships with small farmers.

Like buying and selling crops outside the mandis, albeit with state governments imposing taxes, contract farming has also been going on in India for a long time, with PepsiCo one of the first multinational corporations on the ground.

Farmers, in recent interviews with the Indian media, have expressed mixed feelings about contract farming, but it seems to have benefited larger farmers with business acumen. It failed in Punjab.

Five rounds of talks between farmers and the Modi government have gone nowhere, and a sixth round was canceled after the farmers said they would not settle for anything less than repealing the laws.

“Right now, we have rations for six months. But even if we have to stay hungry, we won’t die for a year or two,” said an elderly farmer from Punjab, as he watched four women prepare rotis for the evening langar.

“We are farmers who grow our crops like children. Did they speak with us before bringing these laws? We are not leaving,” another farmer told me.

“We don’t want an alternative market,” said a third farmer. “Farmers will get poorer because of these laws.”