The Biden people are unlikely to speak of a new cold war with China, but they appear likely to wage one all dressed up as a sophisticated trans–Pacific strategy. 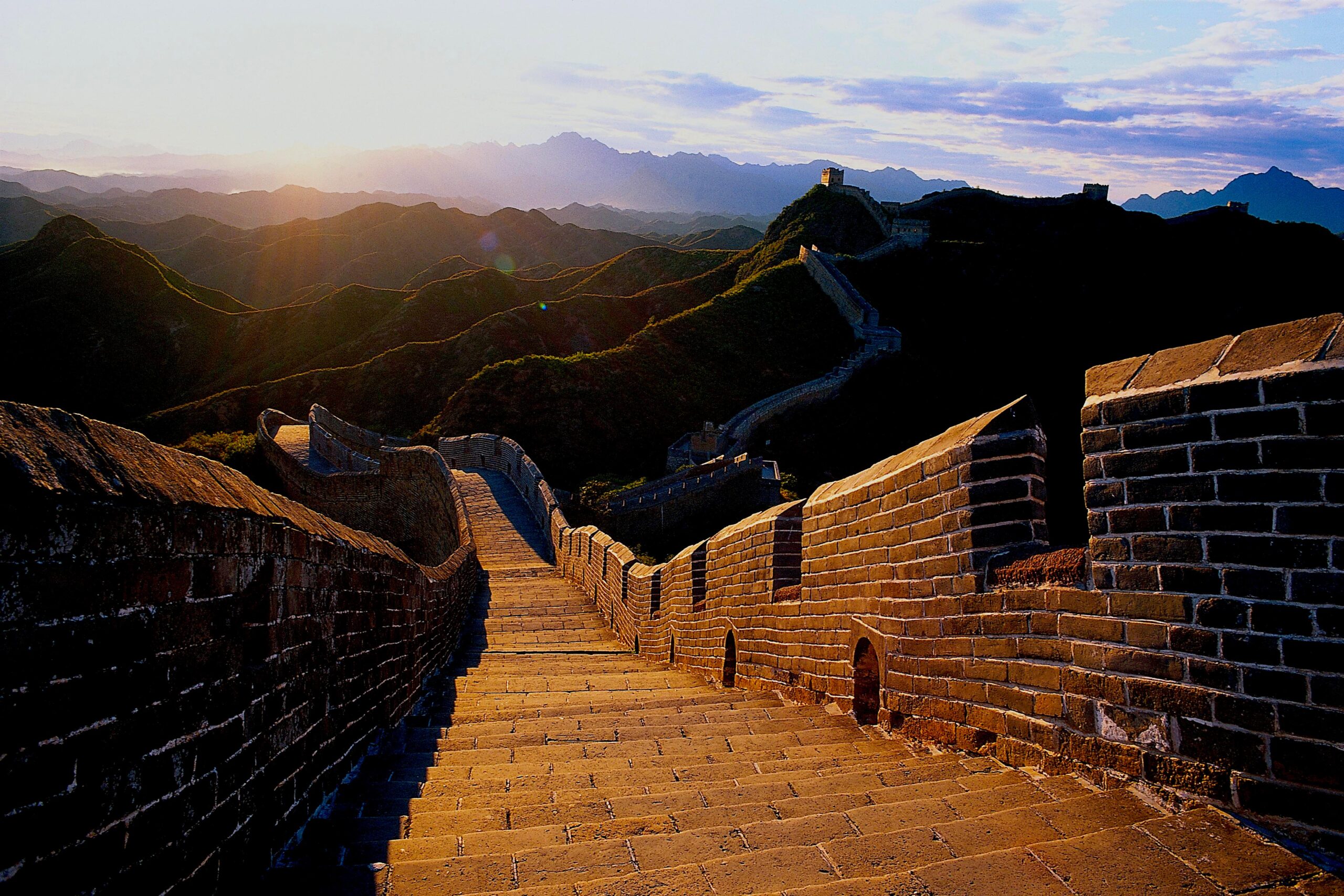 Those boneheaded Trump people explained their hostile, xenophobic, fated-to-fail policy toward China by telling  the rest of Asia that America stood for “a free and open Indo–Pacific.”

No, no and no, say the big shots President-elect Joe Biden has named to shape and execute his foreign policy. Instead, they mean to tell Asians to line up behind their hostile, xenophobic, fated-to-fail policy toward China in the name of “a secure and prosperous Indo–Pacific.”

It is simply remarkable to watch as the party that howled in response to everything the Trump regime attempted on the foreign-policy side adopts one Trump-era strategy after another more or less intact but for the cosmetics.

The sin of those egregious hawks who commandeered the outgoing regime was to conduct the business of empire imperially. This new crew offers what we had better recognize now as nothing more than empire with a human face.

Of all the Biden regime’s failures in the making one can already see in prospect that none will be greater than its insistence that the U.S. must continue to treat China as a predatory competitor and strategic adversary.

As Mike Pompeo failed to enlist Asians in his crusade against the mainland — and our baboon secretary of state has flopped spectacularly, if you have not noticed — so will Antony Blinken, his successor at State, and Jake Sullivan, Biden’s nominee for national security adviser.

This is going to be one long, astonishing display of that worst of combinations: ignorance alloyed with arrogance. One can hope only that it turns out to be more farce than tragedy.

It was among Pompeo’s signature mistakes when he and his allies in racist-tinged paranoia juiced up the anti–China themes over the past couple of years. It will prove a yet-bigger and more consequential error as Blinken, Sullivan, et al. follow this line more or less uncritically over the next four.

The fundamental impediment here is blindness. Hardly is this a new shortcoming among Washington’s policy cliques. But the price America pays for it across the Pacific now stands to get much higher, in my view.

The U.S. has been pressing Pacific Rim nations since the early years of the Obama presidency to choose a side in the confrontation with China that Washington has so assiduously conjured. These efforts have never gotten very far for the simple reason that Asians — who can read maps, believe it or not — have no desire to choose sides. They do not recognize “sides” as the way to look at circumstances at their end of the Pacific.

Pompeo, who overplayed every hand he was dealt during his years at State, severely exacerbated this sharp, but obscured contradiction by way of his obsessive ravings against China. In consequence, China is very likely to prove a decisive question for the U.S. and its traditional trans–Pacific alliances over the next four years. 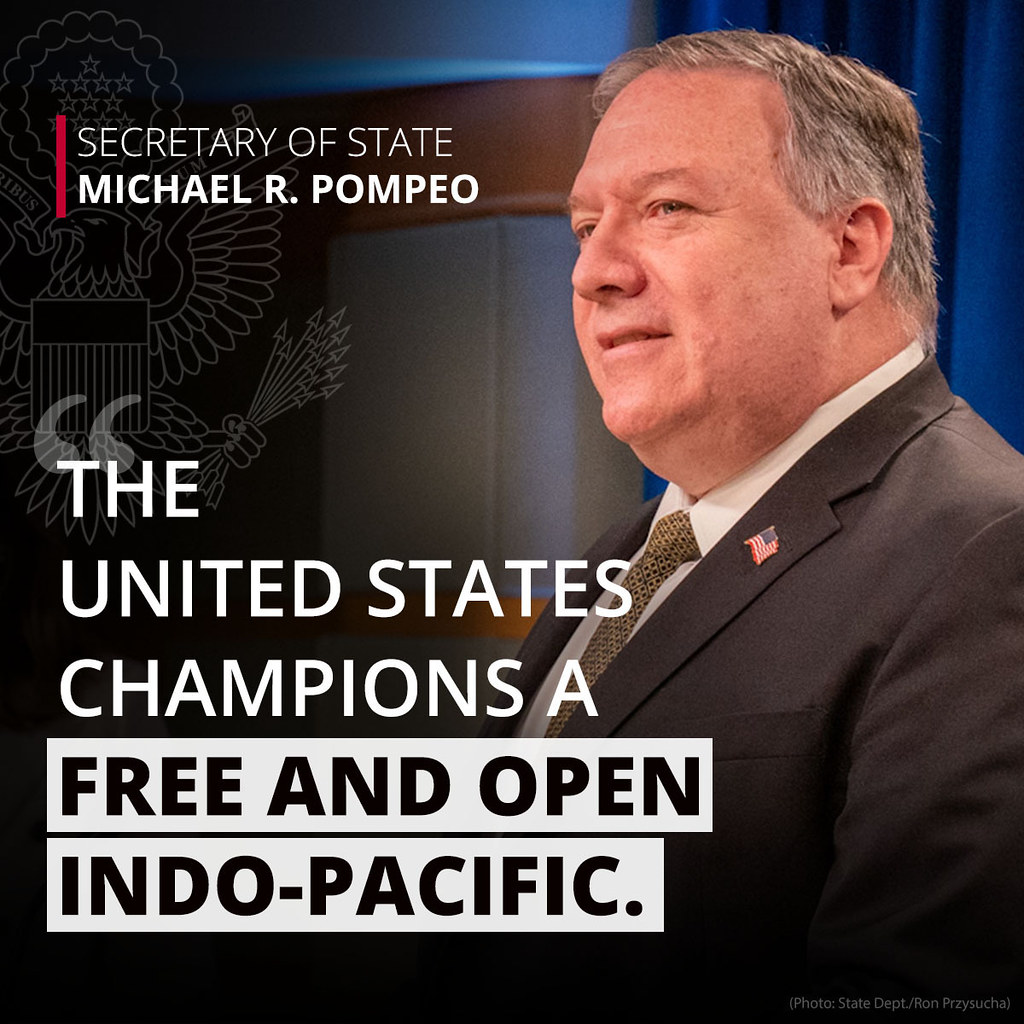 Watch this space, for we could witness some interesting history. Play the China question the wrong way, and Biden’s foreign policy people will alienate even Washington’s most compliant clients in the western Pacific — disrupting relationships that have endured since the early 1950s.

This is a salutary prospect, I should add: Asians are coming to understand that their interests no longer coincide (if ever they did) with those of an empire rather desperately trying to turn back the clock.

Blinken and Sullivan were making the wrong noises even before Biden announced his intention to name them to senior national-security positions. Along with nearly everyone else in Washington, they both think the decades following the Nixon–Kissinger opening were a disappointment because China did not become a “just-like-us” democracy. As to the post–Deng years of economic interdependence and a workable if uneasy equilibrium on the security side, they were an immense mistake.

“There is a growing consensus across parties that China poses a series of new challenges and that the status quo was really not sustainable. We are in a competition with China, and there’s nothing wrong with competition, if it’s fair.”

Competition over cooperation: This is Blinken’s take. He wants to talk to Asians about “values” and democracy promotion and teamwork — polite code for the usual do-it-our-way policies exceptionalists like Blinken and Sullivan unfailingly marshal.

Memo to Blinken: Asians have “values” of their own and take no interest whatsoever in our ideological red lines. They also respect each other’s sovereignty, have a lot of time for the principle of nonalignment, and think interfering in the internal affairs of other nations is a crude Western practice.

Here is Sullivan, a “global leadership” man head-to-toe, sharing a byline in Foreign Affairs a year ago with Kurt Campbell, a prominent Asianist:

“There is a growing consensus that the era of engagement with China has come to an unceremonious close.”

No more “engaging.” It is confronting time.

The flaky notion that is supposed to distinguish this kind of thing from Pompeo’s mad-dog tactics is that we propose to tell the Chinese we truly want to coexist with them in the Pacific, we really, really do, and they ought not mind that we treat them as a threat inimical to our interests.

This is the kind of sloppy thinking you get from a sclerotic foreign policy establishment that has not had to make a serious judgment in 75 years of American primacy in the Pacific. The Biden people are unlikely ever to speak of a new cold war, but they appear very likely to wage one all dressed up as a sophisticated new trans–Pacific strategy.

Washington can follow this road for another four years — more if it so wishes. But it is going to become increasingly evident that it will travel it alone. Tony Kevin, a former Australian ambassador, published a piece in Consortium News a week ago explaining how the (rather huge) hawkish contingent in Canberra has run Australia’s relationship with China straight into the ground. You can bet the farm that East Asians are tskking now, as they watch Australia subvert its long-term interests.

From the clerks serving the foreign policy cliques, quaintly known as journalists, we read the same-old, same-old boilerplate as Team Trump passes the baton to Team Biden. Josh Rogin, a Washington Post columnist, wrote an interesting, finger-in-the-wind piece in this line just after Xi Jinping sent the president-elect a congratulatory note.

The Chinese leader urged Biden to “uphold the spirit of nonconflict, nonconfrontation, mutual respect, and win-win cooperation.” An honorable suggestion, I would say. 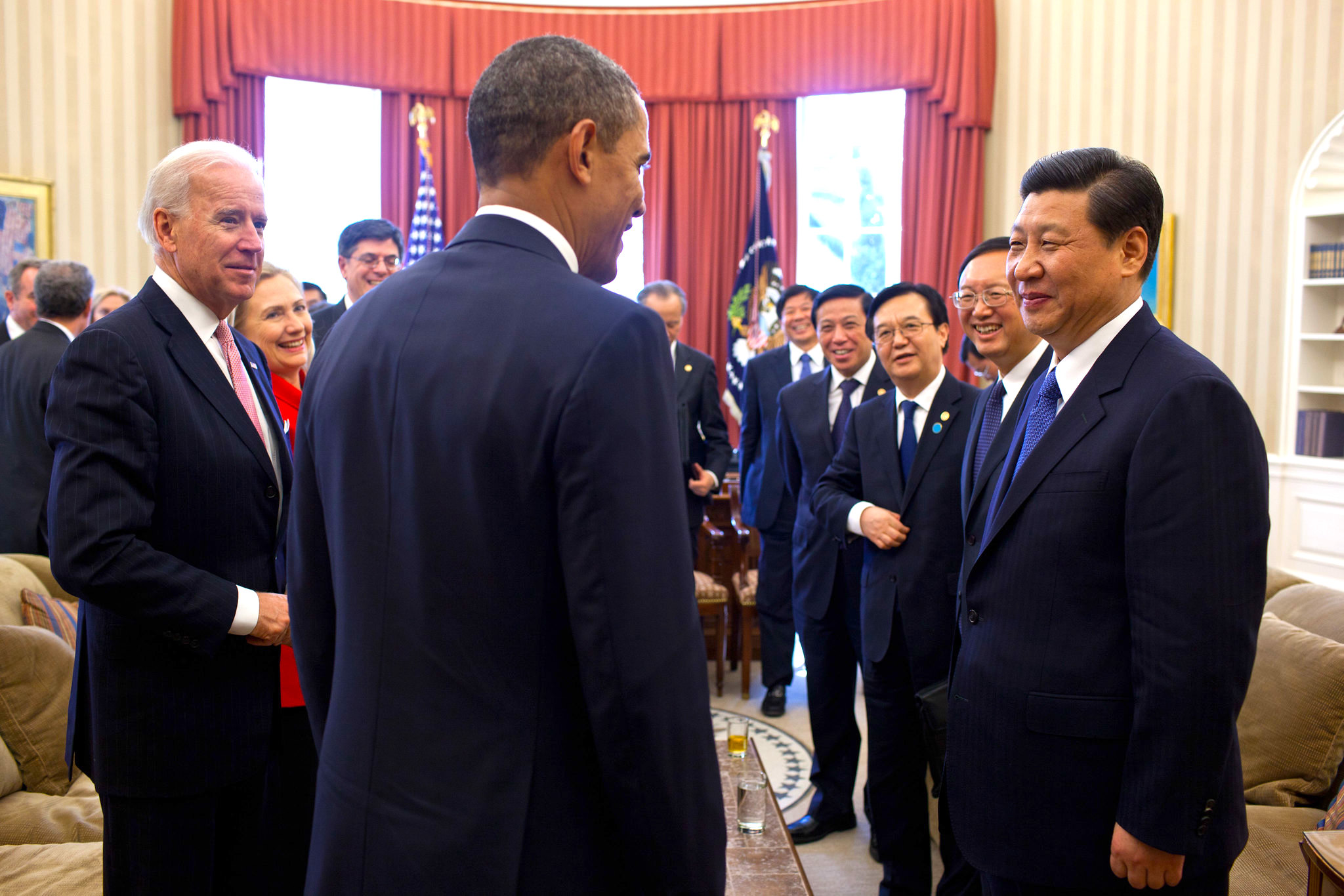 “This is standard Chinese Communist Party doublespeak,” the ever-conformist, never-original Rogin barked. Those sneaky Chinese never say what they mean and are never to be trusted. This tells us what we need to know about the climate in Washington as Biden’s people prepare to take office: The air is befouled. (Memo to Rogin: More practice. Trafficking in Hearst-style “yellow peril” requires a subtler hand.)

If the incoming regime’s inability to see clearly as it looks across the Pacific is especially evident at this moment, it is not enough to conclude that Biden and his people inherit this defect from the Trump regime. We can date America’s blindness to Admiral Dewey’s arrival in Manila Bay in 1898 at the start of the Spanish–American War. Fifty-six years later America took over the war against the Vietnamese after the French were routed at Diên Biên Phu. Blind again.

Beneath the blindness lies indifference — indifference to who Asians are and what their aspirations may be. In the former case, Americans grossly, cruelly betrayed the Filipino independence movement. The betrayal in the latter case requires no explanation.

I do not see that things are so different now, as Washington nurses its nostalgia for unchallenged primacy and tries forlornly to turn the entire region against the largest nation in it. Neither Blinken nor Sullivan evince any regard for Asians’ desire to live peaceably with China in — dare I say this? — a spirit of nonconflict, nonconfrontation, mutual respect and win-win cooperation.

Both of these intellectual poseurs would have done well directing the campaigns against Aguinaldo’s liberation movement in the Philippines or the Vietnam War as members of the best and brightest.

Take comfort. Asians will never buy into the Biden regime’s plans to continue where Pompeo left off, old wine in a new bottle. Let us add No. 2 to our list of Foreign Policy Failures to come. Excellent. As things stand the more the better.

18 comments for “PATRICK LAWRENCE: Empire with a Human Face”