The run on the coronavirus vaccine is also about power and image. Dispatches from  Argentina, Kenya and Serbia. 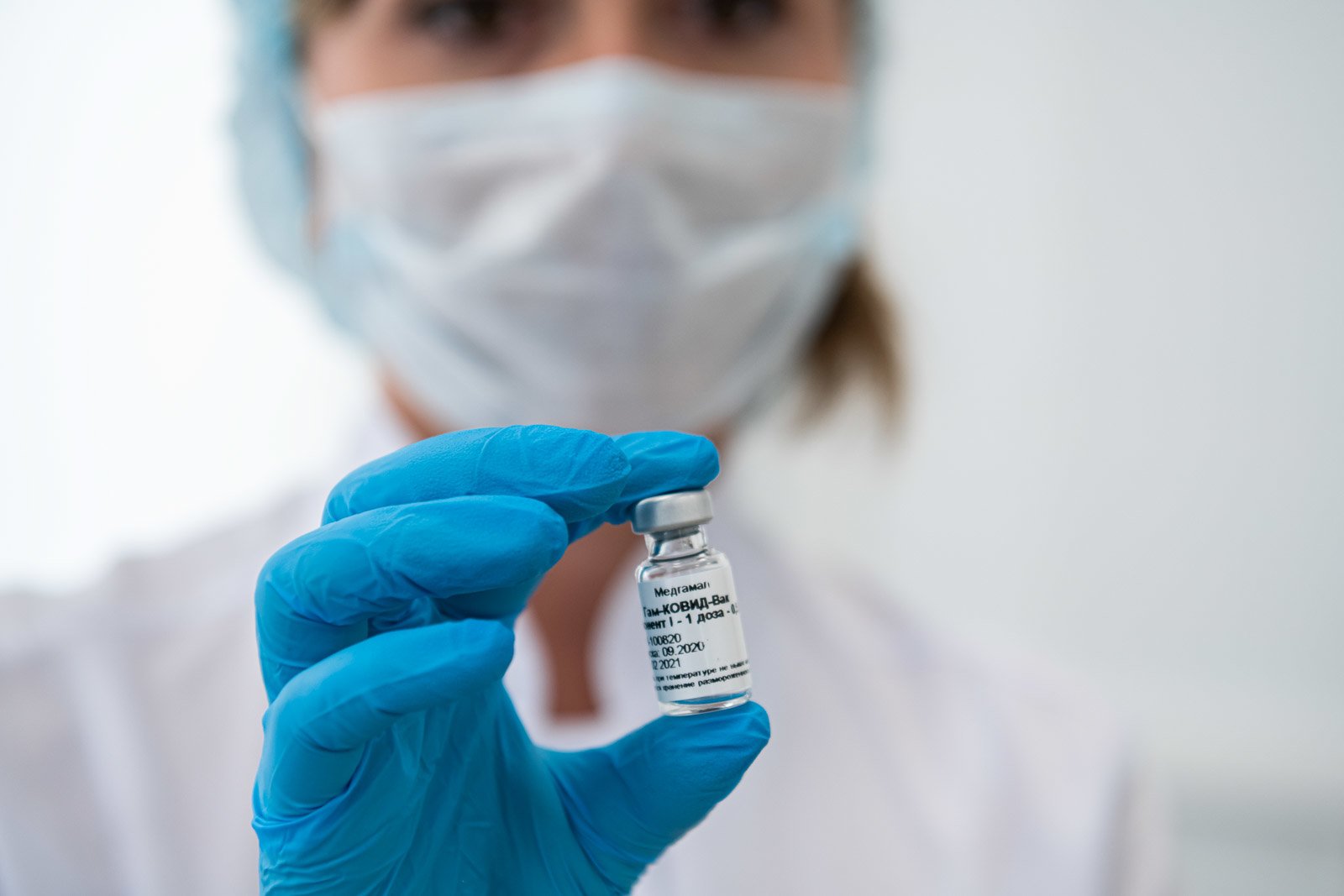 Medical worker in Moscow with the vaccine, September 2020. (Mos.ru, CC BY 4.0, Wikimedia Commons)

Countries and regions are racing to buy and manufacture coronavirus vaccines. Europe, the United States, China and Japan are leading in both purchase and production. But what’s happening in countries of the Global South? Preliminary requirements are a must. Argentina has secured a large number of vaccine doses through such agreements and is also trying to position itself as a very small, but locally specialized site in global coronavirus management. The government has announced the purchase of 20 million doses of the Russian “Sputnik V” vaccine that will be available from the end of December. Argentina will also buy 22 million doses of the vaccine from Oxford University/AstraZeneca that could be ready in the first half of 2021. An agreement with Pfizer guarantees another 750,000 doses.

Clinical trials of vaccines are also being conducted in Argentina: The Pfizer vaccine was tested on 4,500 volunteers; the Belgian company Janssen and the Chinese companies Sinopharm and CanSino are also testing there. But its strategic cooperation with Oxford/AstraZeneca is most important for Argentina. 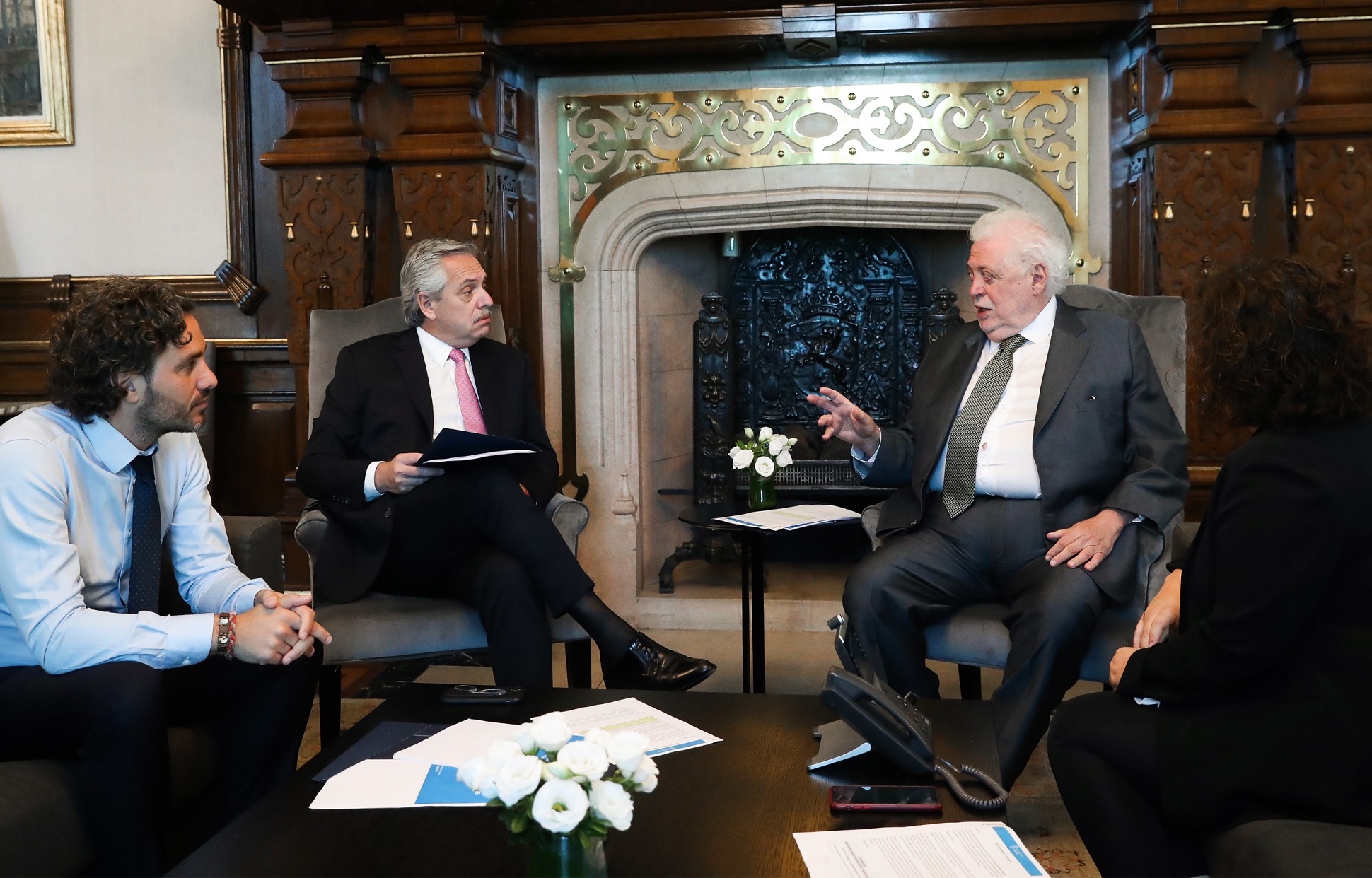 In August, the Argentine and Mexican governments announced a bilateral public-private-partnership to produce the AstraZeneca vaccine. They have divvied up the tasks: First the Argentinian laboratory mAbxience produces the active ingredient, then the mass production, packaging and shipping for Latin America is organized by Liomont in Mexico. It is said that the vaccine can be stored and transported at temperatures between 2 and 8° C, which makes shipping easier and cheaper.

This strategy targets the Latin American market (except for Brazil, which has its own agreement). AstraZeneca promises it will cost around $4, which is “much less than the vaccines of other companies,” according to the head of mAbxience, Hugo Sigman. This is important for poorer countries in Latin America.

Moreover, the foundation of Mexican billionaire Carlos Slim has agreed to finance the first 30 million vaccine doses at its own risk. Approval is expected in spring or summer 2021 and between 150 and 250 million doses will be made available. If this strategy proves successful, it will be a real boon for Latin America. Besides Argentina and Mexico, Ecuador, Chile, Costa Rica, Panama, El Salvador and the Dominican Republic have also signed on. For Argentina it would also give legitimacy to its small bio-technology market. 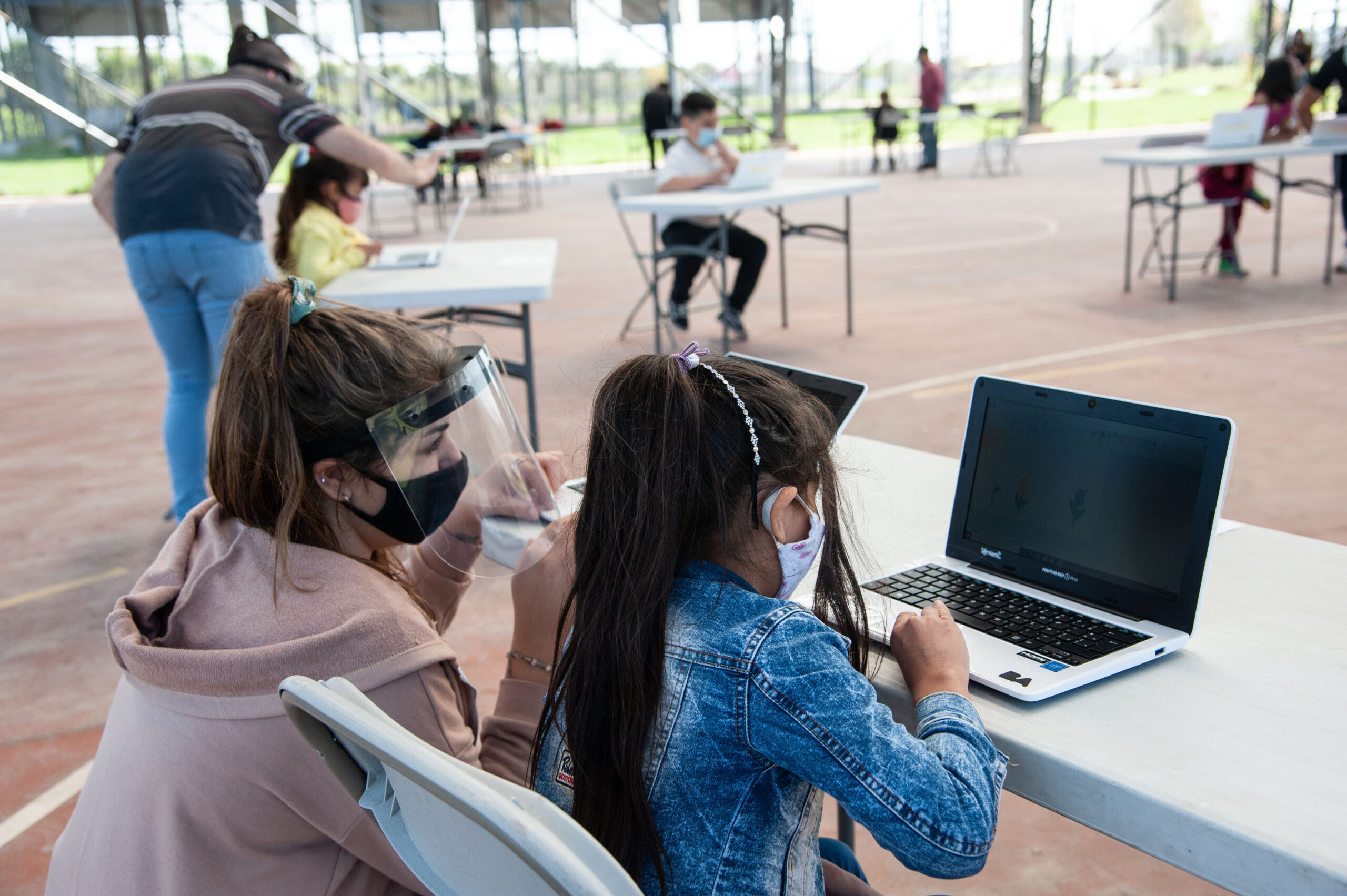 Under Argentine law, vaccinations are part of public health policy and healthcare provision. For that reason, they are not just free of charge but also mandatory. Some 73 percent of Argentinians believe they should get the Covid-19 vaccination and a recent survey found that 54 percent of the population trust AstraZeneca’s. The Russian Sputnik V fares less well: only 43 percent would accept it.

In times of coronavirus, health policy is not just about protecting the population but also a matter of power politics and cultivating a good image. The sooner a large part of its population is vaccinated, the more quickly a country can recover economically. This is crucial for a country like Argentina that’s experiencing an economic slump, 40 per cent annual inflation and high foreign debt. 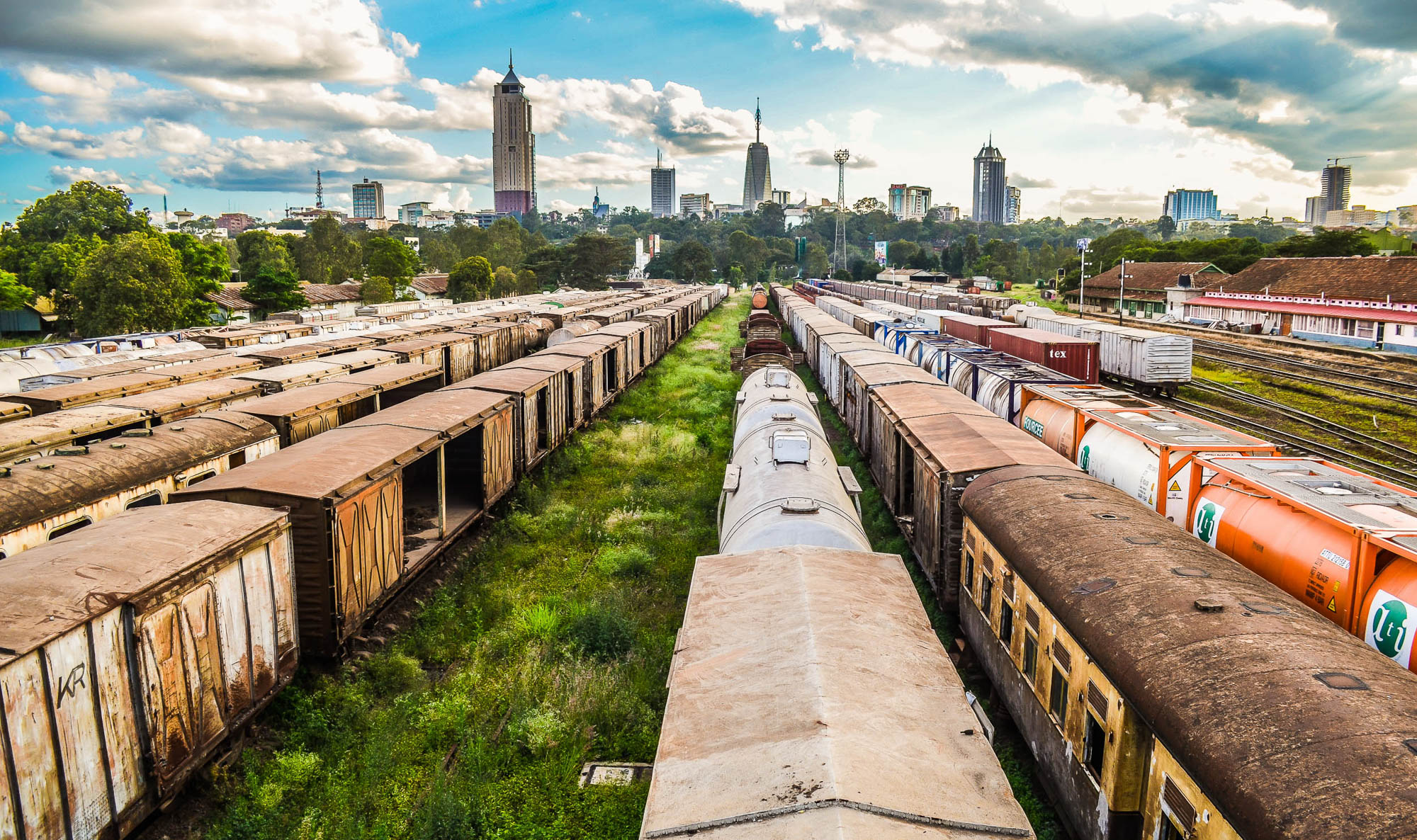 In late November, the World Health Organization (WHO) appealed to the international community to ensure that Africans have equal access to Covid-19 vaccines. At the same time, it also called on African governments to prepare to vaccinate their populations. Kenya is currently experiencing an increased rate of Covid-19 infections. In recent weeks, between 10 and 15 percent of all coronavirus tests have been positive and hospitals have reached almost full capacity.

The pandemic has also created a social and economic crisis. Poverty has grown very quickly, especially in cities. After first not wanting to accept the G-20 debt moratorium for fear of seeing its credit rating worsen, in November the Kenyan government took a U-turn and agreed.

East Africa’s largest economy has been struggling with growing high international debt for some time now and funds for economic and social programs to cushion the coronavirus crisis are scarce. Given Kenya’s tight budgetary situation, it is unlikely to have sufficient resources to be able to snap up vaccines at market prices. That means that Kenya, like other countries on the continent, is dependent on the fair global distribution of vaccines.

According to John Nkengasong, director of the Africa Centres for Disease Control and Prevention, large-scale campaigns to distribute Covid-19-vaccines are unlikely to begin until the second quarter of next year. So, the new vaccines have been greeted with little euphoria.

The international vaccine alliance Gavi announced that it only has a budget to purchase vaccines for 20 percent of Kenya’s population. However, a substantial reduction in infections can only be reached once at least 60 percent of the population have been vaccinated. Distribution of the vaccine also presents logistical challenges. Some vaccines have to be continuously cooled at -70° C until they are administered, which is hardly possible outside the capitals of countries like Kenya. 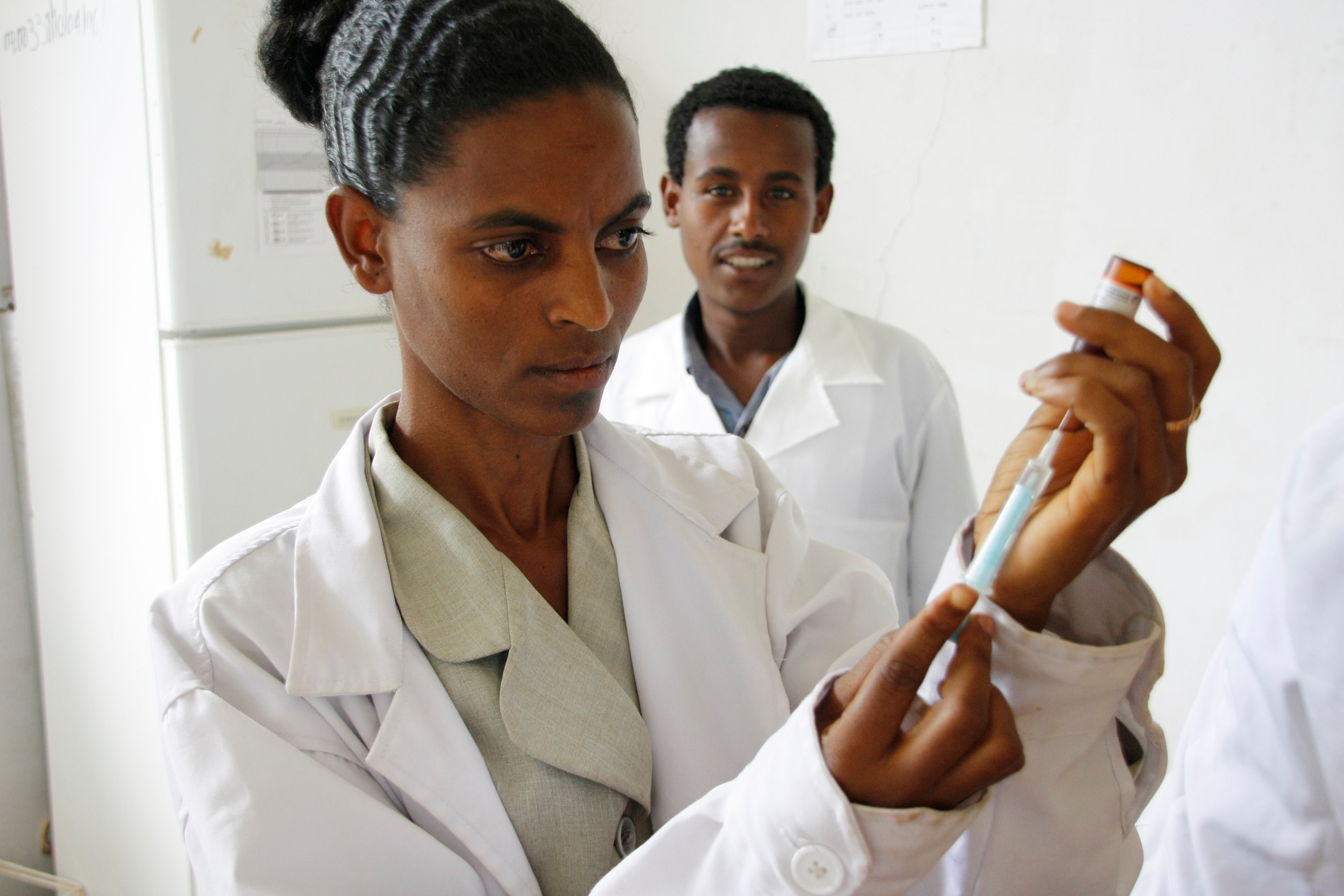 Although at its most recent summit the G-20 promised to work for the fair distribution of Covid-19 vaccines, little is known about concrete plans. The fair distribution of vaccines in countries like Kenya depends on numerous factors. Creating the logistics for vaccinating requires fiscal wiggle room; this is where the International Monetary Fund (IMF) and the G-20 come in.

The WHO is in the best position to supervise vaccine distribution and its work fighting the Ebola epidemic earned it great credibility on the African continent. Moreover, African countries will have to who unity in multilateral fora and demand that vaccines be fairly distributed.

If the coronavirus pandemic is not tackled as decisively in African countries as in the global North, the economic and debt crises will worsen and become permanent. Inequalities and existing competitive disadvantages in the global trade and economic system will intensify. This means the issue of the vaccine’s global distribution presents the opportunity for the EU and Africa to work together on a more equal footing. The two continents’ solidarity in distributing the vaccine would be an important political sign that could strengthen the closer partnership the EU has proposed in its new Africa strategy.

Jan Siebert is an economist and project assistant in the Friedrich-Ebert-Stiftung office in Kenya. Previously, he worked as a research assistant at the German Development Institute (DIE), where his research interests included global sustainable supply chains. 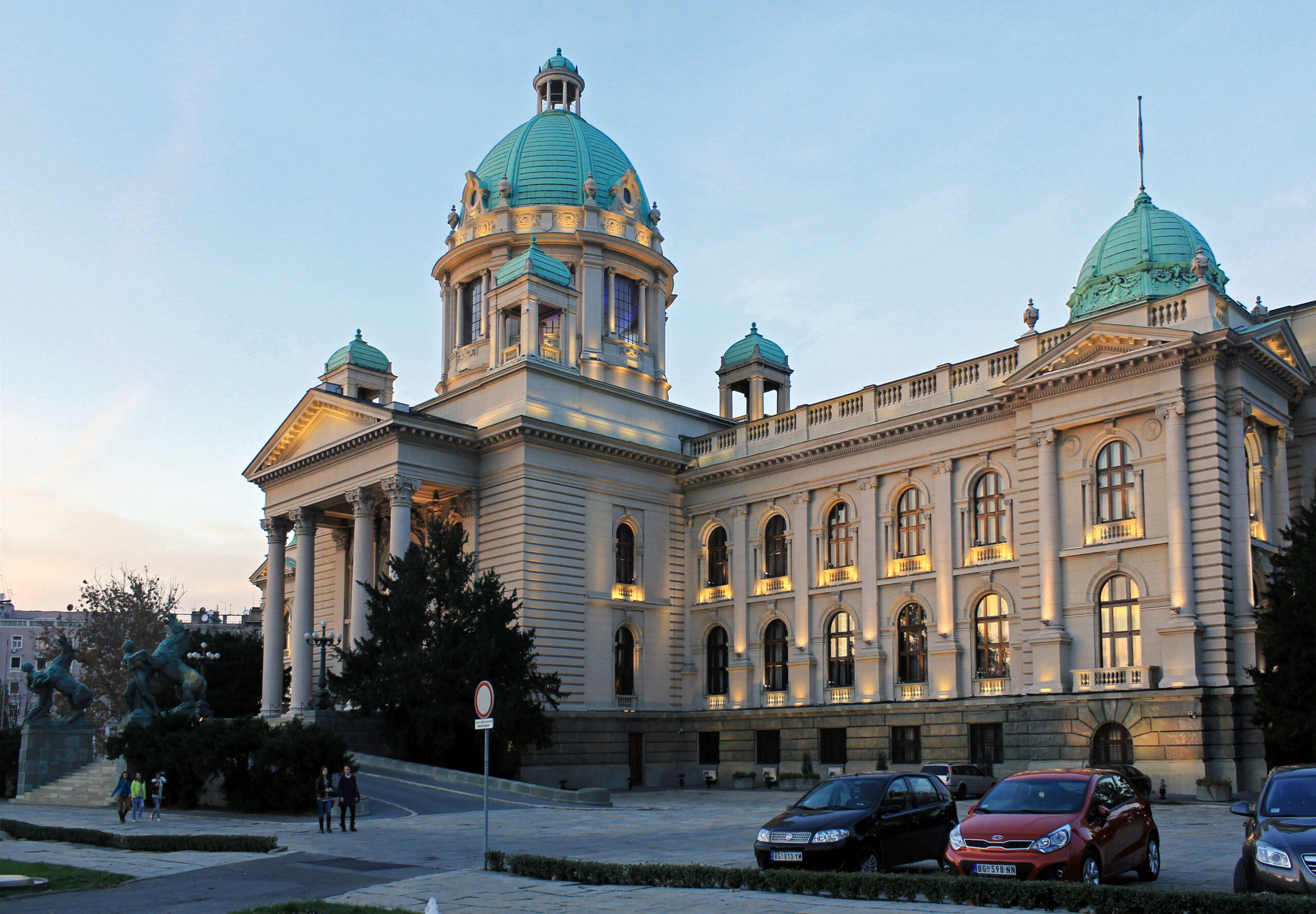 The first wave of the coronavirus pandemic hit Serbia hard. Right at the beginning, a Chinese delegation was enthusiastically welcomed at Belgrade airport. According to President Aleksandar Vucic, European ‘solidarity’ means little: Only friend and brother Chinese President Xi Jinpeng can be counted on to help.

The Serbian government then appeared to follow the advice of Chinese experts, imposing a very strict lockdown paralyzing the country from March to May, which may have even impressed authoritarians. Yet the measures were effective and prevented the fragile health system from being forced to its knees.

Then, in early summer — probably disregarding the Chinese coronavirus master’s advice — the widespread wish to reopen the economy was granted. To then disguise the rise in infections, the government cooked the books. This was also in preparation for the parliamentary elections on June 21, which Vucic’s ruling party won in a landslide. 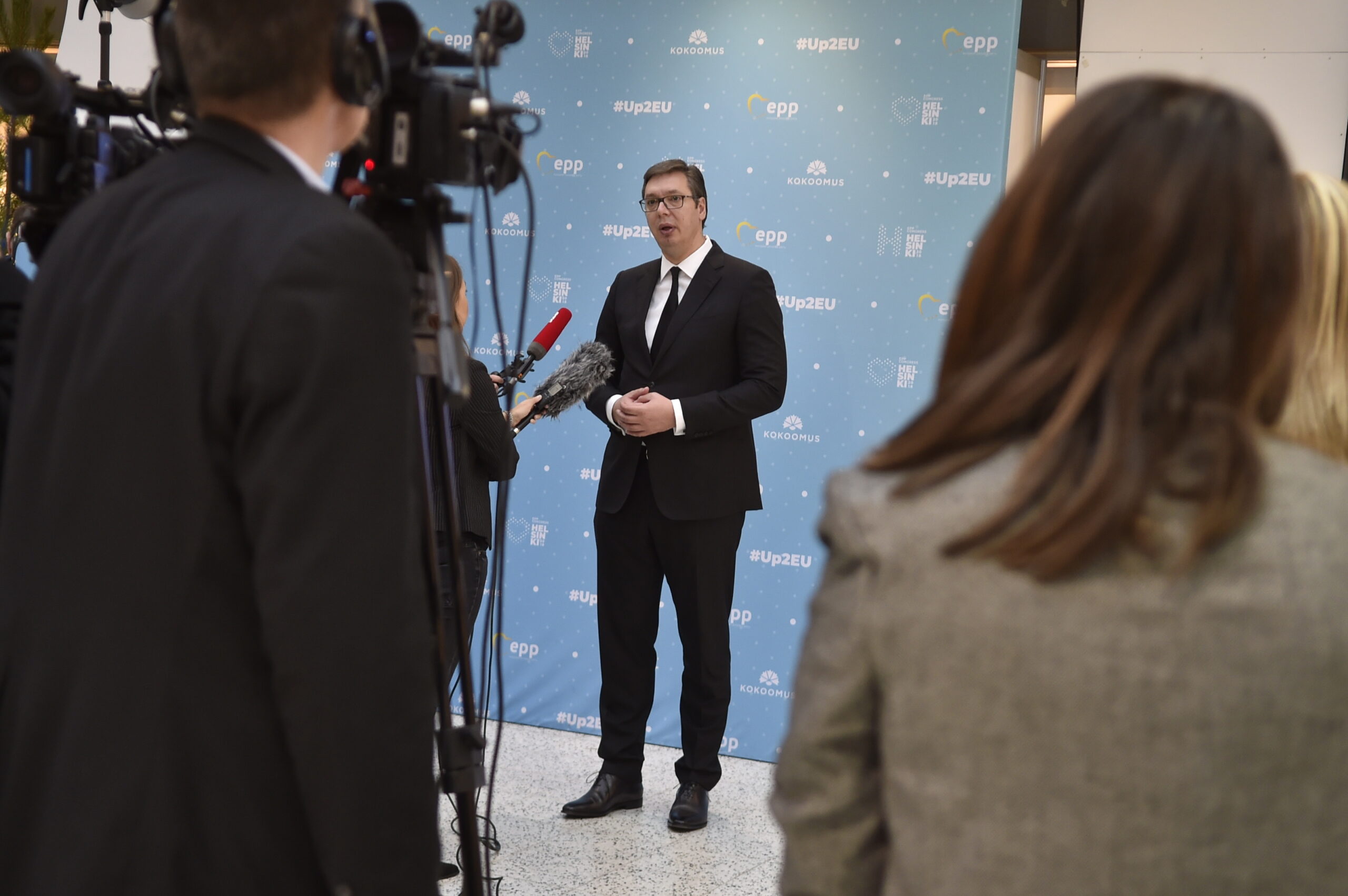 Now he no longer has to tolerate any opposition. Right after the elections, the government wanted to announce stricter measures again but peaceful street protests in the capital were followed by three days of violent clashes in front of Parliament.

Since then, the new government appears to not dare to implement the restrictive measures that are long overdue: Coffee, cevapcici and plum brandy can still be enjoyed in public despite the more than 7,000 new infections each day (the equivalent of Germany having more than 75,000 new cases daily).

Now a Covid-19 vaccine is supposed to save Serbia – “no matter the cost,” says the president. By the end of the year, Serbia will have a million doses of the vaccine, which Vucic promises will be freely available. However, which vaccine it will be remains a mystery: The authorities have declared its procurement a secret.

According to public announcements, it’s the BioNtech and Moderna vaccine, but talks are also being held with Russia and China. Serbia, like 164 other countries, is a member of the Covax organization, which aims to guarantee fair access to Covid-19 vaccines worldwide on behalf of the WHO. Announcements that Chinese vaccines would be tested in Serbia do not appear to have been followed up. It remains unclear if Serbia will adhere to European standards when approving a vaccine.

Dr. Max Brändle currently heads the office of the Friedrich-Ebert-Stiftung in Zagreb, Croatia. Previously, he worked in the Central and Eastern Europe Department of the foundation.