The Mossad has spent years on a propaganda campaign aimed at convincing the world Iran possessed a nuclear weapons program – and legitimizing its assassinations of Iranian academics, Gareth Porter reports. 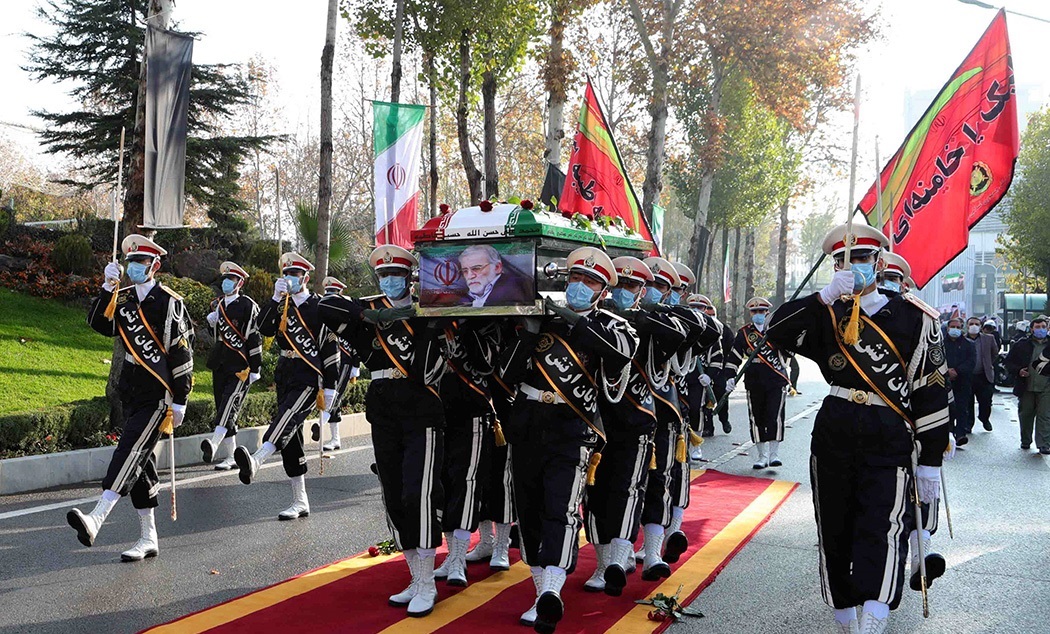 The Israeli assassination of Iranian defense official Mohsen Fakhrizadeh is being treated as a triumph of Israeli intelligence, with ubiquitous references in The New York Times and other major media outlets to the killing of “Iran’s top nuclear scientist.”

In fact, Israel’s Mossad intelligence agency eliminated Fakhrizadeh, a defense official, despite the knowledge that its public depiction of him as the key architect of an Iranian nuclear weapons program was a deception.

For years, U.S. media outlets have portrayed Fakhrizadeh as Iran’s equivalent to J. Robert Oppenheimer, marketing him to the public as the mastermind behind an Iranian version of the Manhattan Project. This image was developed primarily through a carefully constructed Israeli disinformation operation based on documents that displayed signs of fabrication.

Birth of a Propaganda Operation

The origin of the Mossad propaganda operation on Fakhrizadeh lies in the early 1990s, when the U.S. and Israel first developed suspicions of Iranian ambitions to develop a nuclear weapon. U.S., British, German and Israeli intelligence analysts had intercepted telexes from Sharif University about various “dual use” technologies — those that could be exploited in a nuclear program but also be applied for non-nuclear use.

Many of the telexes contained the number of an organization called Physics Research Center that operated under the watch of Iran’s Defense Ministry. The CIA and its allied intelligence agencies interpreted those intercepts as evidence that the Iranian military was running its own nuclear program, and thus that Iran was covertly seeking a nuclear weapons capability.

During the first term of the George W. Bush administration, the notorious militarist and Likud ally John Bolton took charge of Iran policy, prompting the CIA to issue an estimate concluding for the first time that Iran had initiated a nuclear weapons program. Israel’s Mossad apparently saw Washington’s new posture as a green light to set into motion a black propaganda campaign to dramatize and personalize the secret Iranian nuclear weapons program that was presumed to exist. 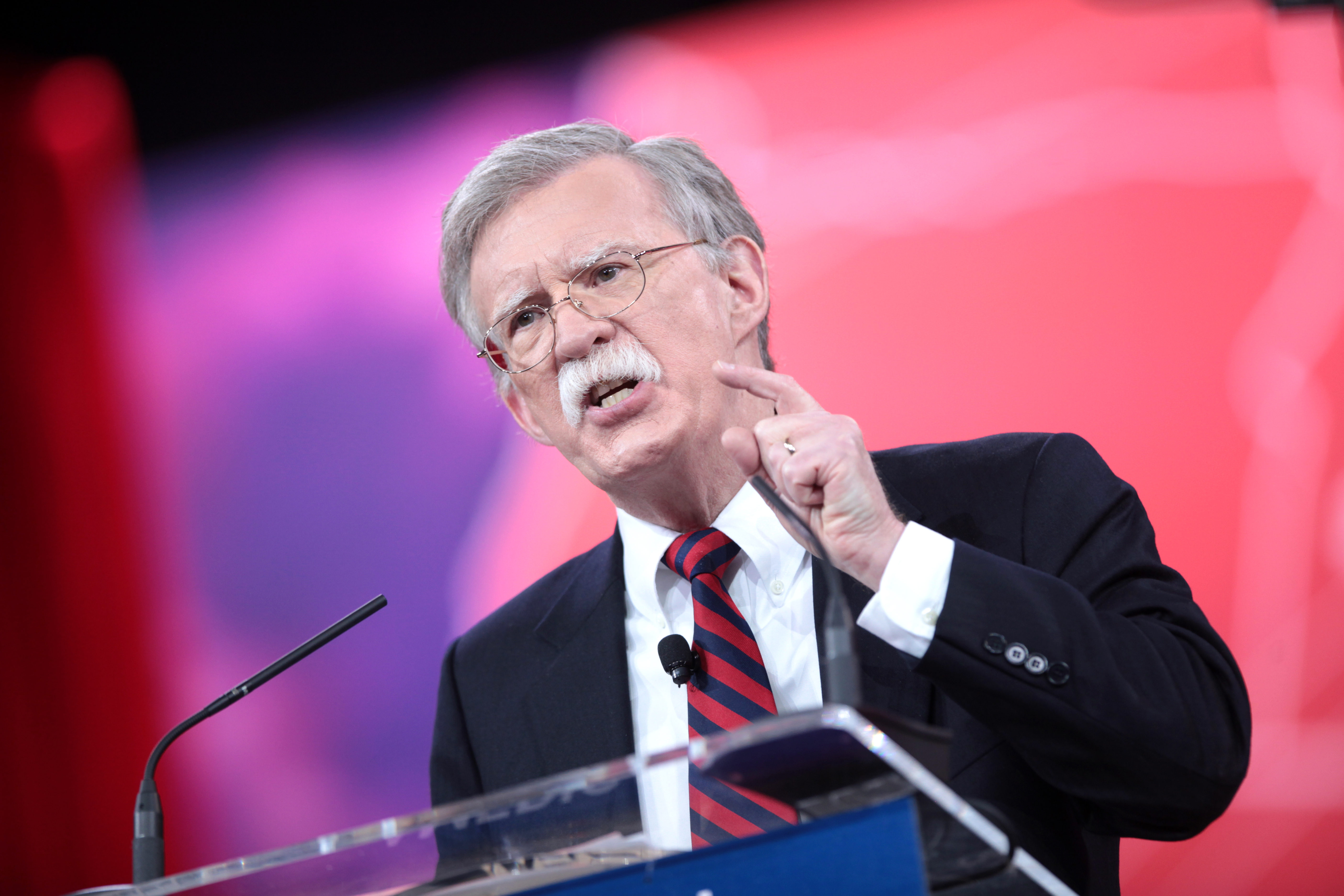 Between 2003 and 2004, Mossad produced a large cache of alleged Iranian documents depicting efforts to mate a nuclear weapon with Iran’s Shahab-3 missile and a bench system to convert uranium.

The Mossad files contained multiple tell-tale signs of forgery. For example, the reentry vehicle depicted in the drawings had already been abandoned by 2002 – before these drawings were supposedly created, according to the documents themselves – in favor of a design that looked entirely different and which was first shown in an August 2004 test. So, whoever was responsible for the drawings was clearly unaware of the single most important Defense Ministry decision affecting the future of Iran’s missile deterrent.

The CIA never revealed who spirited the documents out of Iran or how. However, former senior German Foreign Office official Karsten Voigt explained to this reporter in 2013 that the German intelligence agency, the BND, had been furnished with the collection by an occasional source whom the intel chiefs considered less than credible.

And who was this source? According to Voigt, he belonged to the Mujahedeen e-Khalq (MEK), the exile Iranian cult which had fought for Saddam’s Iraqi forces against Iran during the eight-year war and by the early 1990s was passing information and propaganda that Mossad did not want to have attributed to itself.

Those Mossad documents identified Mohsen Fakhrizadeh as the manager of a supposedly top-secret Iranian project called the “AMAD Plan.” In reality, Fakhrizadeh was an Islamic Revolutionary Guard Corps officer and official in the Ministry of Defense Armed Forces Logistics (MODAFL), who also taught physics at Imam Hussein University in Tehran.

To implicate him as a nuclear project mastermind, the collection of Mossad documents featured a directive supposedly signed by Fakhrizadeh. But since no one outside Iran had ever seen the previously obscure official’s signature, and given the lack of effort to show any official government markings on the documents, there was little to prevent Mossad from forging it. 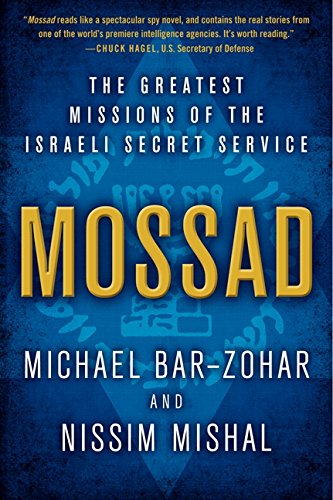 In their 2012 history of Israel’s intelligence service,  Mossad: The Greatest Missions of the Israeli Secret Service, Michael Bar-Zohar and Nisham Mishal pointed to Mossad as the culprit behind the appearance of the supposed Iranian nuclear documents. The writers recounted how Mossad gathered the personal information on Fakhrizadeh that was later released to the public through the MEK, including his passport number and his home telephone number.

“This abundance of detail and means of transmission,” Bar-Zohar and Mishal wrote, “leads one to believe that… ‘a certain secret service’ ever suspected by the West of pursuing its own agenda, painstakingly collected these facts and figures about the Iranian scientist and passed them on to the Iranian resistance [MEK].”

The documents also fingered Fakhrizadeh as the former head of the Physics Research Centre, thus deceptively linking him to the procurement efforts for “dual use” nuclear items in 1990-91 that were well known to CIA and other intelligence agencies.

That accusation was reflected in the 2006 United Nations Security Council Resolution 1747 listing Iranian officials responsible for nuclear and missile proliferation in Iran. In the UN resolution, Fakhrizadeh was identified as a “[s]enior MODAFL scientist and former head of the Physics Research Centre (PHRC).”

But the Israeli identification of Fakhrizadeh as the head of the PHRC was proven to be a lie. Iranturned over extensive documentation to the IAEA in late 2004 or early 2005 on the PHRC and the procurement telexes, and the documents — which the IAEA did not challenge — showing that a professor at Sharif University of Technology in Tehran named Sayyed Abbas Shahmoradi-Zavari had headed the PHRC from its inception in 1989 until it closed in 1998.

Further, the documents provided to the IAEA revealed that the dual-use technology that Shahmoradi-Zavari helped the university procure through his PHRC connections was actually intended for the university faculty’s own teaching and research. In at least one case, the IAEA personnel found one “dual-use” item had been procured by the university. 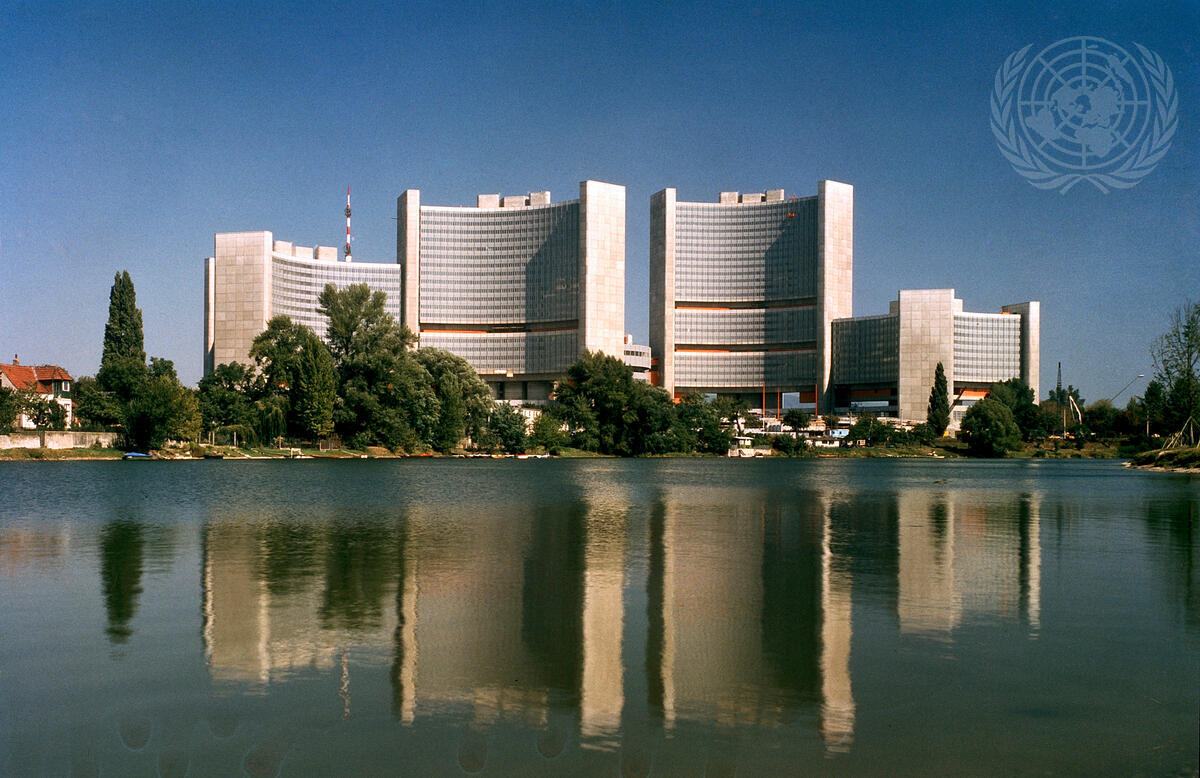 These facts should have put an end to the Mossad-created myth of Fakrizadeh as the head of a vast underground nuclear weapons program. But the IAEA never revealed Shamoradi-Zavari’s name, and therefore avoided having to acknowledge that the documents the agency had embraced as genuine had misled the world about Fakhrizadeh.

It was not until 2012 that David Albright, the director of the Washington-based Institute for Science and International Security, acknowledged that Shahmoradi-Zavari — not Fakhrizadeh — had been the head of the Physics Research Center – although he avoided admitting that the IAEA had relied on documents that turned out be false.

Revving up the Propaganda

The Mossad got busy again after the CIA’s November 2007 assessment that Iran had ceased work on nuclear weapons. Determined to neutralize the political impact of that finding, the Israelis apparently began work on a new batch of Iranian top-secret documents.

This time, however, the Israelis provided the documents directly to the IAEA in late 2009, as then-IAEA Director General Mohamed ElBaradei revealed in his memoirs.

The documents supposedly revealed Iranian defense ministry activities related to nuclear weapons after the cessation of such alleged work the CIA had cited in its 2007
National Intelligence Estimate. One of those documents, leaked to The London Times in December 2009, purported to be a 2007 letter from Fakhrizadeh as the chairman of an organization presiding over nuclear weapons work. But as the International Atomic Energy Agency’s former Director General Mohammed ElBaradei recalled, the IAEA’s technical experts “raised numerous questions about the documents’ authenticity….” 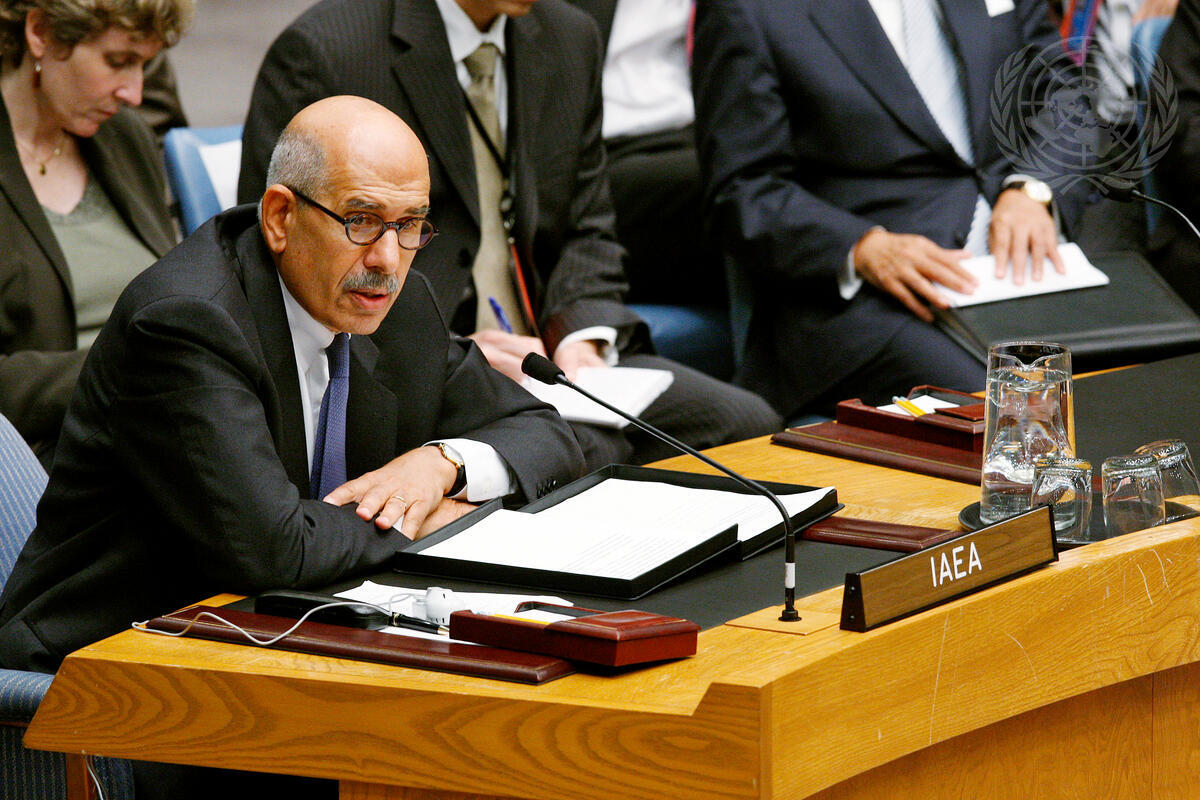 Even the CIA and some European intelligence analysts were skeptical about the authenticity of the Fakhrizadeh document. Although it had been circulating among the intelligence agencies for months, even the normally unquestioning New York Times reported that the CIA had not authenticated it.  Former CIA counterterrorism official Philip Giraldi, who had maintained contacts with active agency personnel, told this reporter CIA analysts regarded the document as a forgery.

The killing of Fakhrizadeh was not the first time Mossad bumped off an Iranian it had baselessly accused of playing a leading role in a weapons program. In July 2011, someone working for Mossad — apparently an MEK member — gunned down a 35-year-old engineering student named Darioush Rezaeinejad and wounded his wife in front of a kindergarten in Tehran.

The young man was targeted on the basis of nothing more than the research he had conducted on high-voltage switches and his publication of a scholarly paper about his scholarship. The abstract of the professional paper Rezaienejad had published made it clear that his work involved what is called “explosive pulsed power” involved in high-power lasers, high-power microwave sources and other commercial applications.

A few days after the assassination of Rezaienejad, however, an official of an unnamed “member state” provided Associated Press reporter George Jahn the abstract of Rezaienejad’s paper, successfully persuading Jahn that it “appeared to back” the claim that he had been “working on a key component in setting off the explosives needed to trigger a nuclear warhead.”

Then, in September 2011, the Israelis provided Jahn with an “intelligence summary” advancing the ludicrous claim that Rezaeinejad was not an electrical engineering specialist at all, but rather a “physicist” who had worked for the Ministry of Defense on various aspects of nuclear weapons.

The deployment of absurd assertions backed by paper-thin evidence to justify the cold-blooded murder of a young electrical engineer with no record of nuclear weapons involvement illuminated a Mossad modus operandi that has reappeared in the case of Fakhrizadeh: Israeli intelligence simply gins up a narrative centered around fictional ties to a nonexistent nuclear weapons program. It then watches as the Western press uncritically disseminates the propaganda to the public, establishing the political space for cold-blooded assassinations in broad daylight.