Just because Fisk was brave against Israel and opposed Western intervention in the Middle East, it should not stop us from pointing out his incompetence, especially on things Lebanese, writes As’ad AbuKhalil. 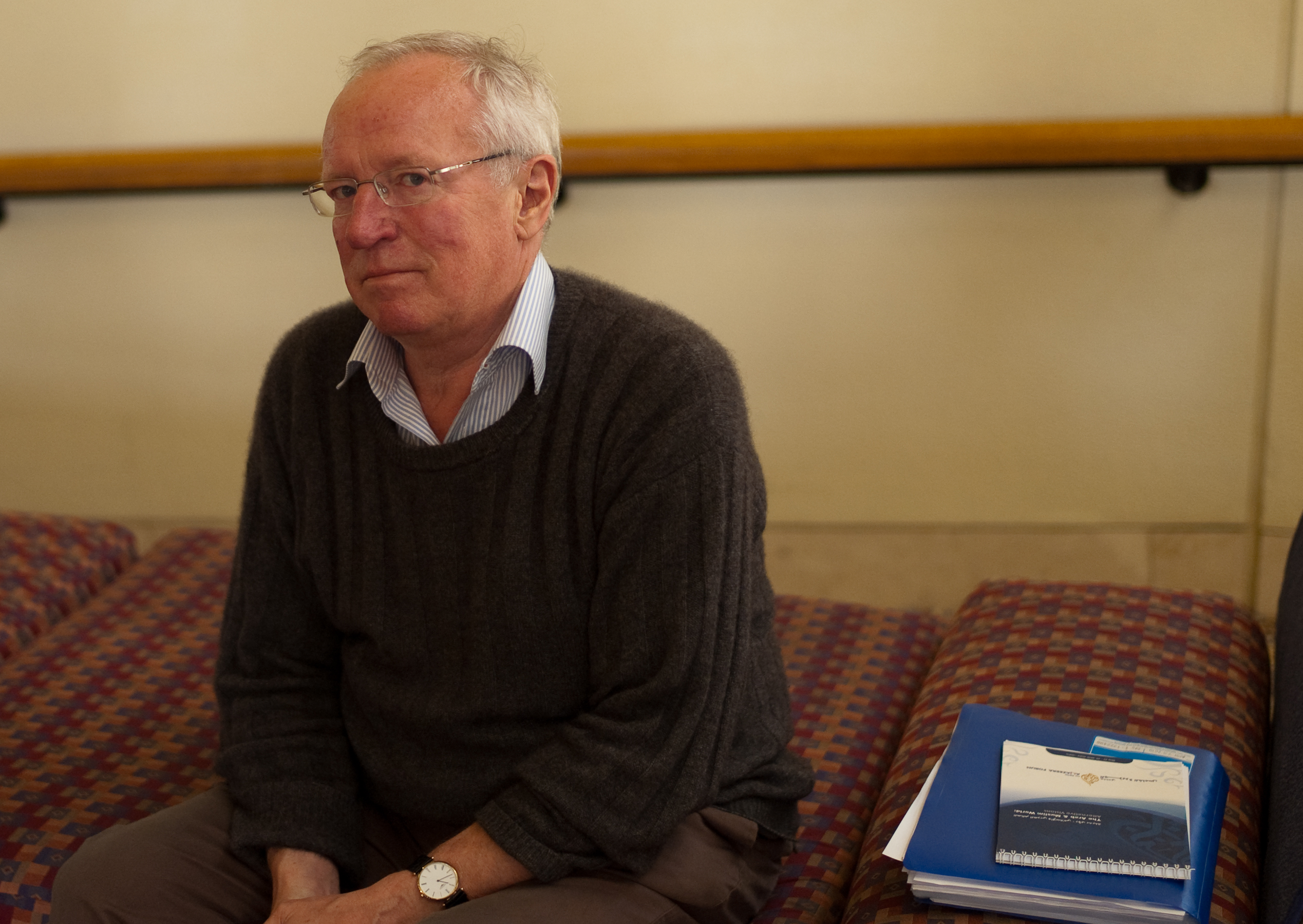 Consortium News asked As`ad AbuKhalil, our Middle East columnist, to write an assessment of the recently deceased correspondent Robert Fisk. AbuKhalil did not wait until Fisk could no longer respond to criticism, as others have. He started criticizing Fisk’s work in a series of blog posts dating back to 2005.

Robert Fisk was, until his death last month, the most famous Western correspondent in the Middle East for many decades.  This fact is not so much a testimony to his gifts or qualifications, as it is a reflection of the deterioration of standards for Western reporting from the Middle East and other developing countries.

Western correspondents in the region used to be actual Middle East experts who had studied its politics and learned its languages (I am talking about people like Peter Mansfield, Patrick Seale, Arnold Hottinger and Eric Rouleau among others).  Today, Western newspaper and media correspondents in the region are not even expected to have taken a college course on the Middle East.

Most start their careers covering other beats with no connection to Middle East politics and culture.  Sometimes, serving in the U.S. military is considered a plus, as is the case with, say, Dexter Filkins (formerly of The New York Times and currently The New Yorker).  Shooting at Arabs may constitute a better qualification than studying their culture.

Fisk acted, and wrote, like old-style Western correspondents in the Middle East but without their qualifications.

He never formally studied the Middle East and never learned its languages.  People assumed he knew Arabic but he did not, and when he would invoke Arabic words in his dispatches he often embarrassed himself.

But Fisk, far from conceding his shortcomings and limitations, posed as an academically trained Middle East expert, and would throw in those Arabic words to impress his Western readers.  For instance, as I first wrote in February 2012, he once cited the famous Ba`thist slogan “Ummah Arabiyyah Wahidah” (One Arab Nation), but confused the word “mother” with the word “nation.”

Too Close for Comfort 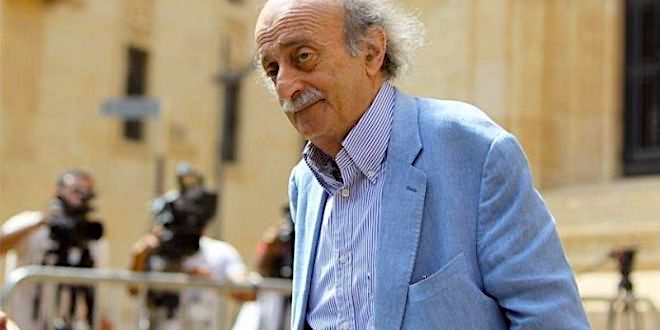 Fisk was too close to the people he was writing about, especially when those people were corrupt despots, tycoons, or war criminals.  I wrote about this in December 2005. He was famously close to the Lebanese sectarian warlord, Walid Jumblat, and avoided writing about him critically, regardless of Jumblat’s political oscillations and opportunistic shifts — not to mention his notorious war crimes and human rights violations during the civil war years (and even after).

Jumblat dispatched one of his trusted bodyguards to serve as Fisk’s driver.  Those who read Fisk’s dispatches over the years remember the times when Abed, the driver, is quoted as a source: Abed for Fisk was what a cab driver is for Thomas Friedman.

Fisk referred to the late, Lebanese billionaire prime minister, Rafiq Hariri as “my friend” and Hariri offered him a private jet to return to Pakistan from Beirut (Fisk maintains that he turned him down but that did not stop him from praising the “impeccable” dining table of Hariri).

His reporting after Rafiq Hariri’s assassination was indistinguishable from Hariri’s media office releases.

How could Fisk write on Lebanese affairs while admitting close friendships with the two people who are most responsible for Lebanon’s financial and political collapse in the last two decades? How could one trust his judgment on Lebanon, or elsewhere for that matter?

Fisk is not alone; the landscape of Western correspondence in the Middle East is no longer what it was. In the past, there were individual correspondents who did the leg work themselves, and who relied on their own training and knowledge to navigate through the political maze of the region.

Not anymore. The Western correspondent now arrives at an office of a Western newspaper which is already staffed with local stringers, translators, drivers, fixers and bodyguards.  The work of most Western correspondents now constitutes the management of emails, watching YouTube (a major source for Western coverage of the Syrian conflict), and communication with local journalists who are politically convenient. (Western correspondents in Beirut, for instance, rely exclusively on people who support Hariri’s March 14 alliance and Syrian rebels).

Did Not Lack Principles 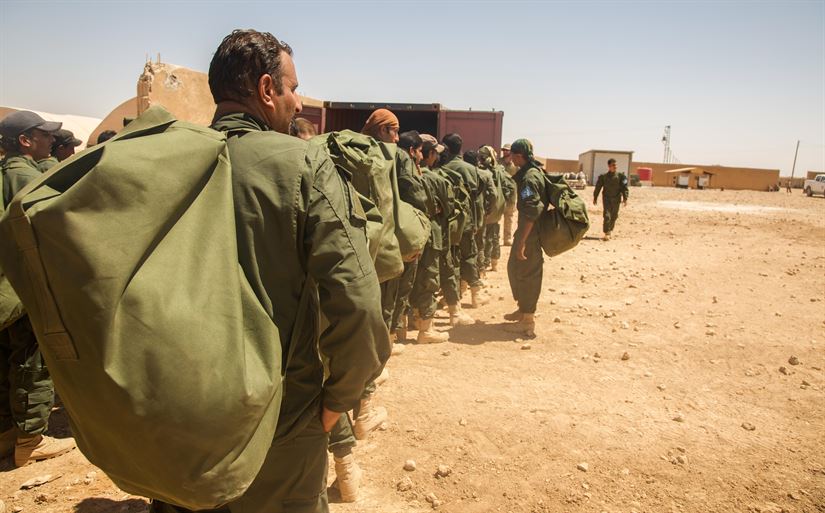 Fisk’s coverage of Syria changed over time (i.e., sometimes sympathetic to the regime and other times critical of it). Early in the Syrian conflict, Fisk was seen as a champion of the rebels, and in later years, he was attacked as an apologist of the regime.

But it can’t be said that Fisk was a man without principles. He was, to be sure, consistently courageous in defying Western standards on Zionism, and also refused to serve as a cheerleader for Western wars. Unlike most Western correspondents in the Middle East, who never met a U.S. war that they did not justify and glorify, Fisk was critical early on of all Western military adventures in the region.

However Fisk, in December 1993, wrote a glowing profile of Osama bin Laden, failing to see at the time that religious fanatics employed by the U.S.-Saudi-Pakistani axis of reaction were no more than obscurantist terrorists.

Fisk’s writings contain a plethora of errors and mistakes about basic Middle East history.  His book, The Great War for Civilization, had many mistakes, as I wrote in 2013: he mistook the birthplace of Jesus (it was in Bethlehem, not Jerusalem); mistook the Arabic word for catastrophe, “Nakbah” — a key term in contemporary Arab political terminology signifying the occupation of Palestine in 1948 — with “nakhbah,” which means “elite.” 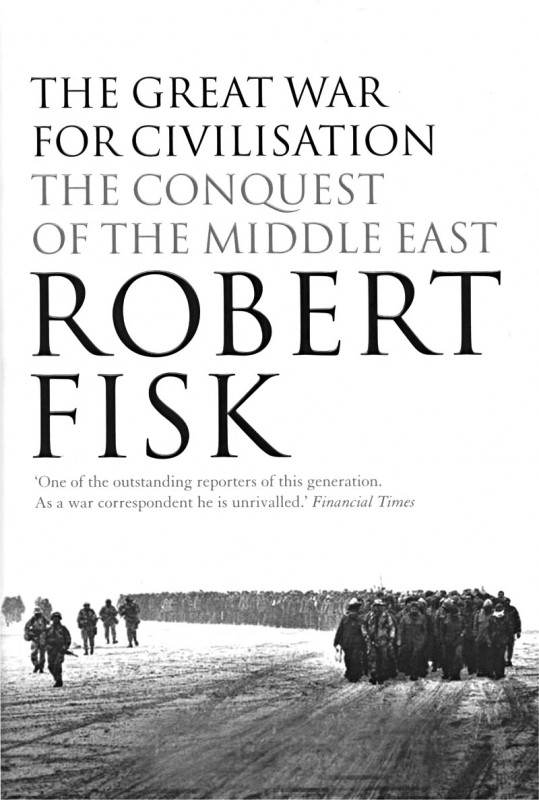 No student of Islam could miss the century — the century and not the year — of the death of Ali, Muhammad’s cousin (Fisk had it in the 8th century), or that Baghdad was an Umayyad city when it was founded after the demise of the Umayyad empire.  He even thought that the 1958 revolution in Iraq was Baathist, when that took place five years later.  In the Great War, Fisk also erroneously reported that it was Napoleon’s troops who burned Moscow in 1812, rather than the Russians.

Fisk once claimed that the AK-47 on Hizbullah’s flag represents the letter “l” in Allah, perhaps thinking that L in English is the same as L in Arabic, although the gun has no letter signification in the flag. In one article, Fisk distinguished between “Sunni Muslim Sidon” and “Shia Muslim Southern Lebanon,” not knowing that Sidon is located in South Lebanon.

Fisk’s lack of knowledge was reflected by the extent to which his reporting seemed to be colored by the last person he spoke to.  I wrote in 2005 that “this most critical, cynical, and skeptical reporter has stopped being cynical about the place where cynicism, skepticism, and criticism are most required and most needed if one is to understand the politics of the place, and if one is not to serve as a willing or unwilling propagandist outlet for this or that side.”

The problem with Fisk was not his political biases or even his friendship with corrupt politicians, who he was supposed to be critically covering. The real problem was Fisk’s unreliable reporting.

“…the leading Egyptian blogger Issandr El Amrani noted that ‘if you hang around journalists with several decades of Middle East experience, particularly ones who were in Beirut in the 1980s, you keep hearing these stories again and again about Fisk.’

Indeed you do. ‘It has been common knowledge for years among British and American reporters that Bob can just make things up or lift others’ work without attribution and embellish it,’ writes Jamie Dettmer, another former Middle East correspondent, in his review of [Hugh] Pope’s book [Dining with Al Qaeda]. ‘I recall him doing it to me on a story in Kuwait about the killings of Palestinians at the hands of Kuwaitis following the liberation of the emirate. I remember also the time Fisk filed a datelined Cairo story about a riot there when he was in fact at the time in Cyprus.’ Of course, I have heard such stories for years and this is why I don’t believe Fisk even when he tells the truth.”

He once reported on a supposed conversation in 2010 between then Lebanese Prime Minister Sa`d Hariri and Iranian President Mahmoud Ahmadinejad. Fisk’s story was widely reported by the Lebanese press.  But how would Fisk have been privy to that private conversation? It seems he most likely made it up.

He also claimed that the intellectually-challenged and poorly educated, Sa`d Hariri — and I know that first-hand from his professors at Georgetown, where he was admitted thanks to the generous donation of his father — would know the title of Beethoven’s Ninth Symphony.  On top of this, Fisk portrayed Hariri (a key ally of pro-U.S. despots) as a champion of freedom.

Not satisfied with reporting about the private conversations of Hariri and Ahmadinejad,  Fisk went on in this same piece, to report on details of Ahmadinejad’s conversation with Syrian President Bashshar Al-Asad.  This was quintessential Fisk: he was everywhere wherever there was a political event, and he was always — he wanted us to believe — the first to arrive at the scene, even when he filed dispatches from the U.K., with a byline from Beirut (according to reliable sources).

“Fisk — I dare say — flatly lies about Lebanon but not with malice. He mechanically reports all sorts of lies that he receives from his friends in March 14,” I wrote at the time in 2010. “Just because Fisk is brave against Israel and Western Zionists should not stop us from pointing out his utter incompetence and lack of credibility, especially on things Lebanese.” 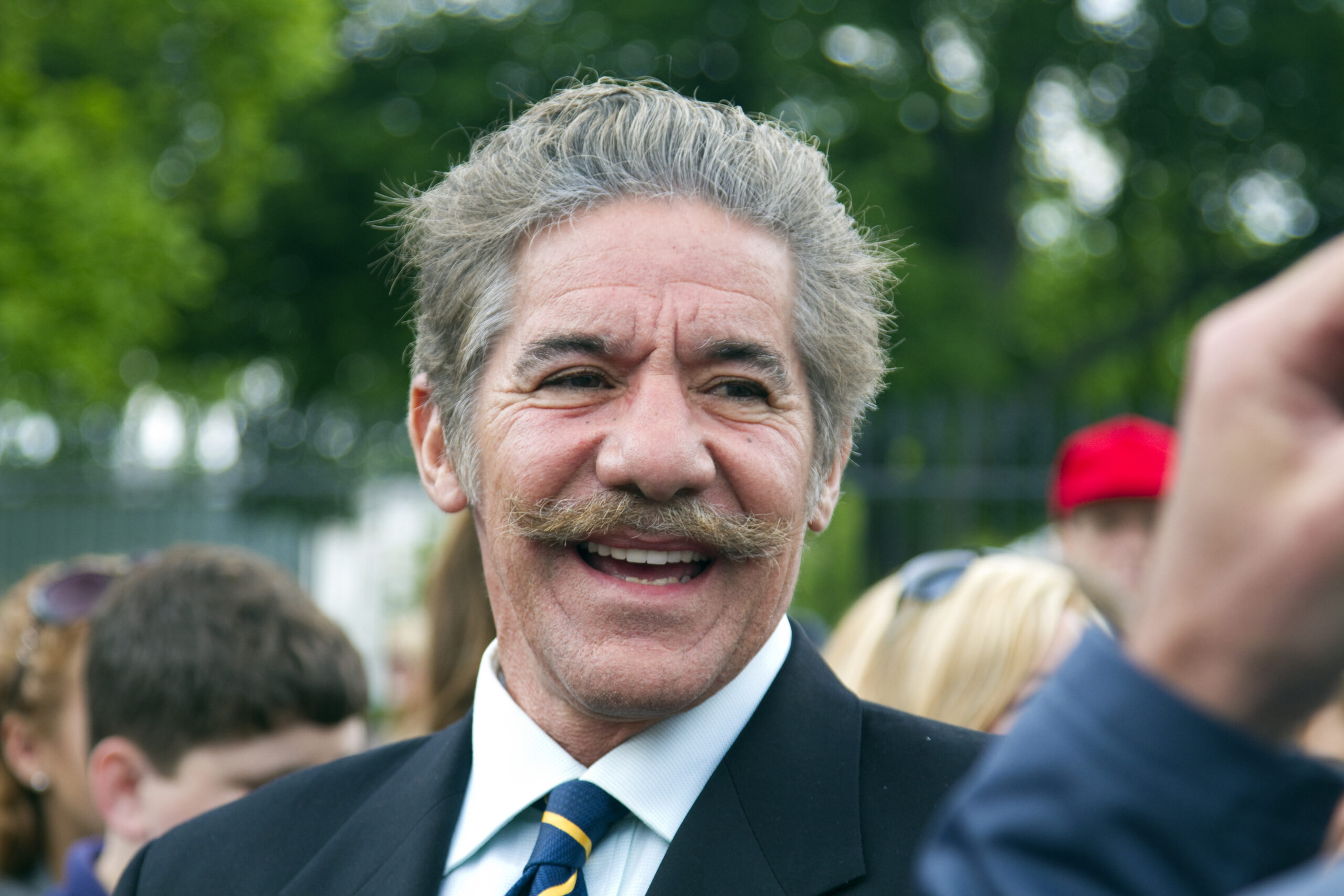 Fisk was, in sum, a sensational correspondent who substituted hard work and knowledge for flare, exaggerations, and sometimes, outright fabrication.  People forget that Fox News’ Geraldo Rivera was  a  correspondent in Lebanon in 1978 and 1983 for ABC news, and  specialized in glamorizing the pro-Israeli militia of the Lebanese Forces.

Geraldo befriended Bashir Gemayyel, the war criminal, and promoted him as the answer to Lebanon’s problems.  In his reporting, Geraldo always inserted himself in the event, or the bombing to appear as an event-maker or first-hand witness and not just a correspondent.

Robert Fisk reminded me of Rivera from those years past.  But Fisk was not an aberration in Western reporting of the Middle East.

28 comments for “THE ANGRY ARAB: Robert Fisk & the Decline of Western Reporting on the Middle East”