We can make all sorts of noise and even scare ’em, but the A-Holes are here to stay. 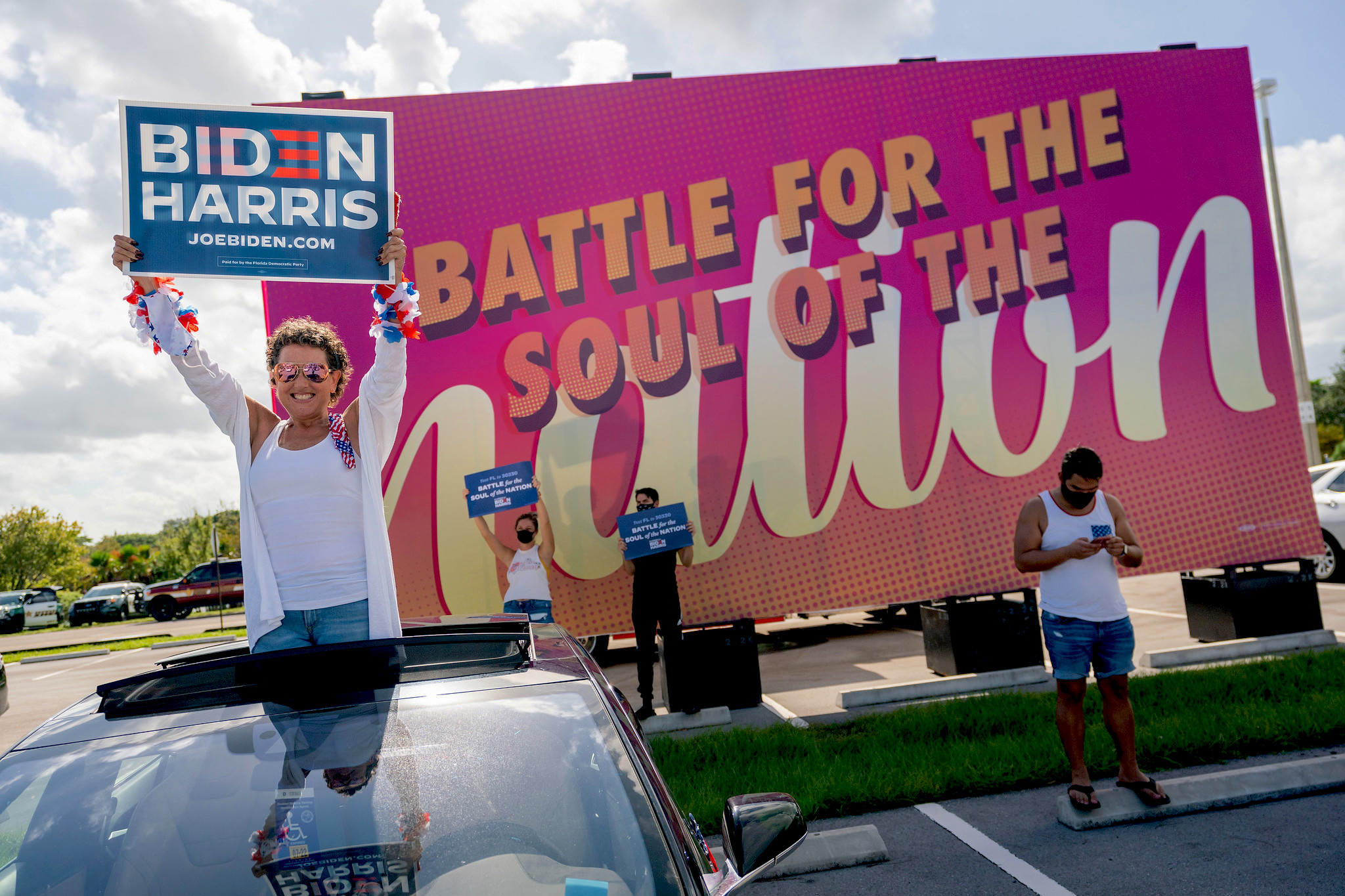 It doesn’t matter when you read this, the assholes will still be in power. I know that because here in America we can’t vote out the assholes. We can trouble them, scare them, annoy them, and sometimes even pressure them into doing some small thing that’s mildly progressive.

But we can’t vote out the assholes.

Of course, right now, if you’re a Joe Biden supporter, you’re yelling out loud to your laptop or phone, “That’s not true! We just DID! We just did vote out the assholes!” And I’m not arguing that Donald Trump and his motley squad of parasitic shit stains aren’t awful. (They are “parashits,” if you will. Copyright pending.)

I’m not arguing Trump’s goons aren’t awful. I’m just saying that if you even take a momentary peak at the people Biden is already putting in power for his transition and his future cabinet, they’re still more assholes.

War Hawks in Charge of Peace

We can’t vote out the assholes.

We already know that Biden’s first national security briefing included two board members of the massive defense contractor Raytheon. Raytheon CEO Gregory Hayes said in a CNBC interview a couple months ago that it would be “ridiculous” to think military spending will be cut under Biden. But it doesn’t stop there.

We now know Biden’s pick for defense secretary is Michele Flournoy and his selection for secretary of state is Tony Blinken. As The Grayzone has reported, these two have played central roles in all the wars waged by Democratic presidents all the way back to Bill Clinton. 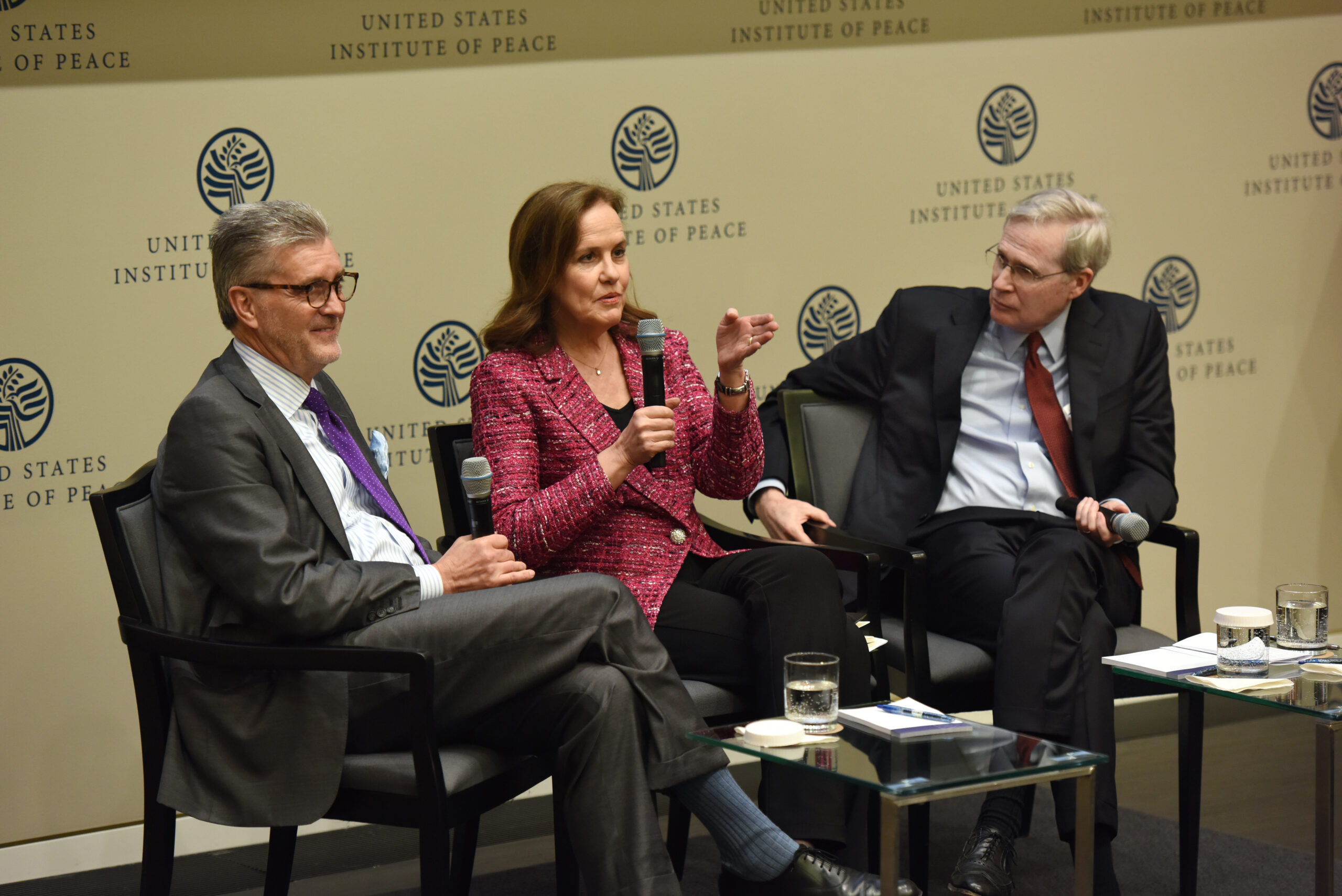 But to give Biden the benefit of the doubt, it makes sense that one would want a defense secretary with a standard American war criminal past because otherwise they wouldn’t know their way around the Pentagon.

You don’t want to get a new guy (or gal) in there as head of our murder machine, and he’s bumbling around muttering, “What lever do I pull to blow up a village in Somalia? I’m sorry. I wasn’t paying attention during the introductory tour. I thought I launched a drone bomb in Libya this morning, and it turned out to be just the button for the coffee machine. But the cappuccino was great. I will say that.”

We can’t vote out the assholes.

Let’s move on to the environment. How are Biden/Harris doing on that front? Well, in an interview, the most famous environmental activist ever played by Julia Roberts, Erin Brockovich, already railed against Biden’s EPA transition team selection, Michael McCabe, a former DuPont consultant.

As his climate change envoy Biden chose that great climate activist — that warrior for the trees and birds — John Kerry. …Ummm, we literally have a few years until the point of no return and Biden thinks the guy who helped negotiate the completely meaningless Paris Climate Agreement is going to do a goddamn thing? I have a sneaking suspicion Biden only picked Kerry because he looks like a horse and therefore might be better equipped to explain to the animals why we’re killing them all. 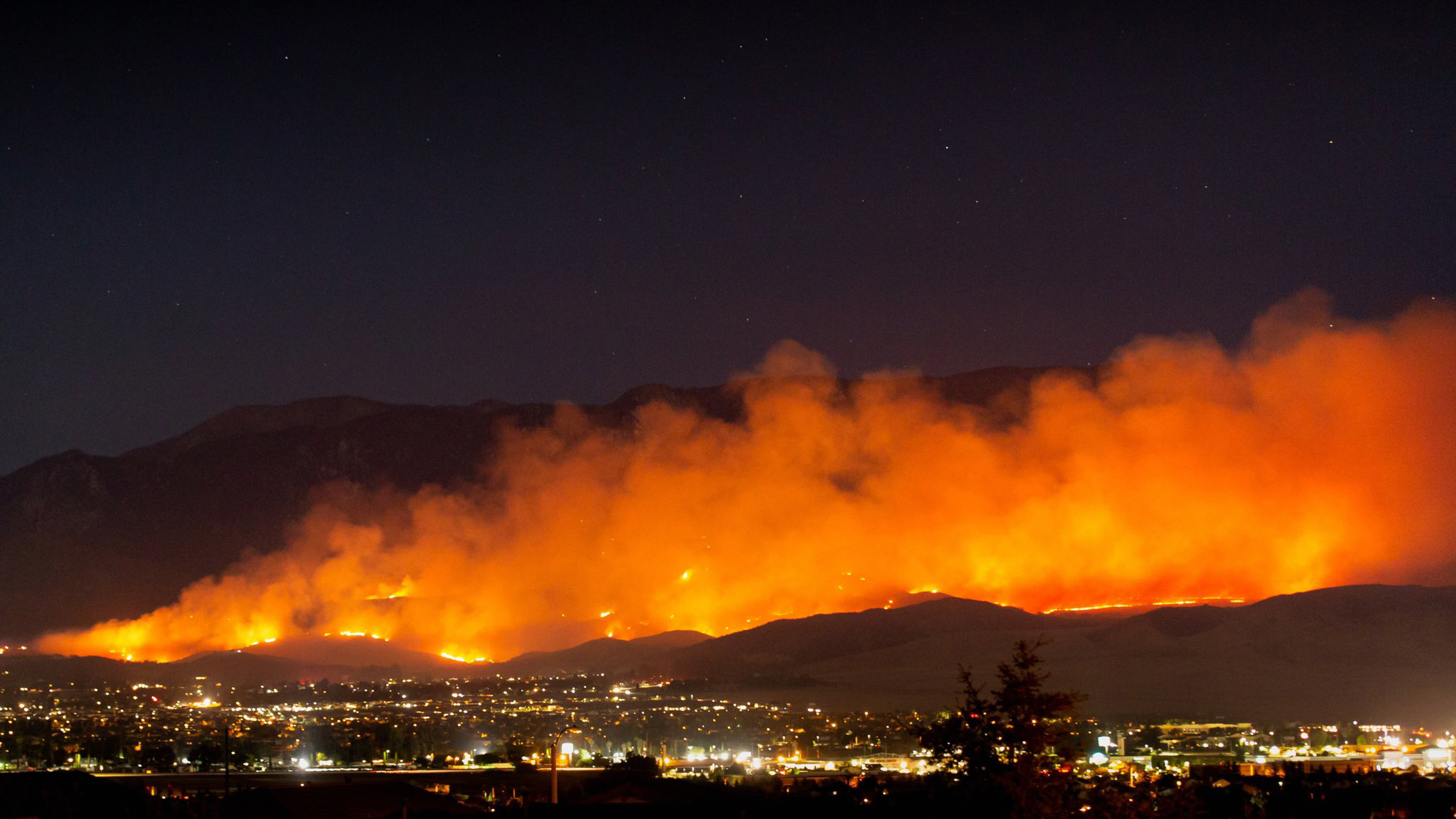 The head of Biden’s transition for the U.S. Agency for Global Media is Richard Stengel who called himself the “chief propagandist” at the State Department and said the American government doesn’t use propaganda against our own people enough. That’s like putting Pikachu as the starting center of your NBA team — it’s not a recipe for success.

Then there’s Janet Yellen to run the Treasury — someone we know is a team player when it comes to capitalism’s destruction of the globe.

Is everyone starting to get the point? We can’t vote out the assholes.

Other Countries, Not Us

Other countries can. Other countries have the option to vote ‘em out. They just did it in Bolivia, despite the security forces arrayed against them. They voted out the U.S.-backed fascist coup. They did it for the most part in Mexico by electing Andrés Manuel López Obrador, who is largely progressive. They do it fairly often in other countries. But not in America. Can’t happen. Both sides of our fake two-party system are owned by the “business community” (AKA assholes).

Our system is owned by the frauds and the scam artists, the trolls and gremlins, the con-men and hacks, the swindlers and hucksters, cheaters, scammers, fraudsters, and big fat flimflammers! Oh man, how I hate a flimflammer. They know that no matter which of the corporate parties wins each election — they still win. And we’re seeing it yet again.

We can’t vote the assholes out. 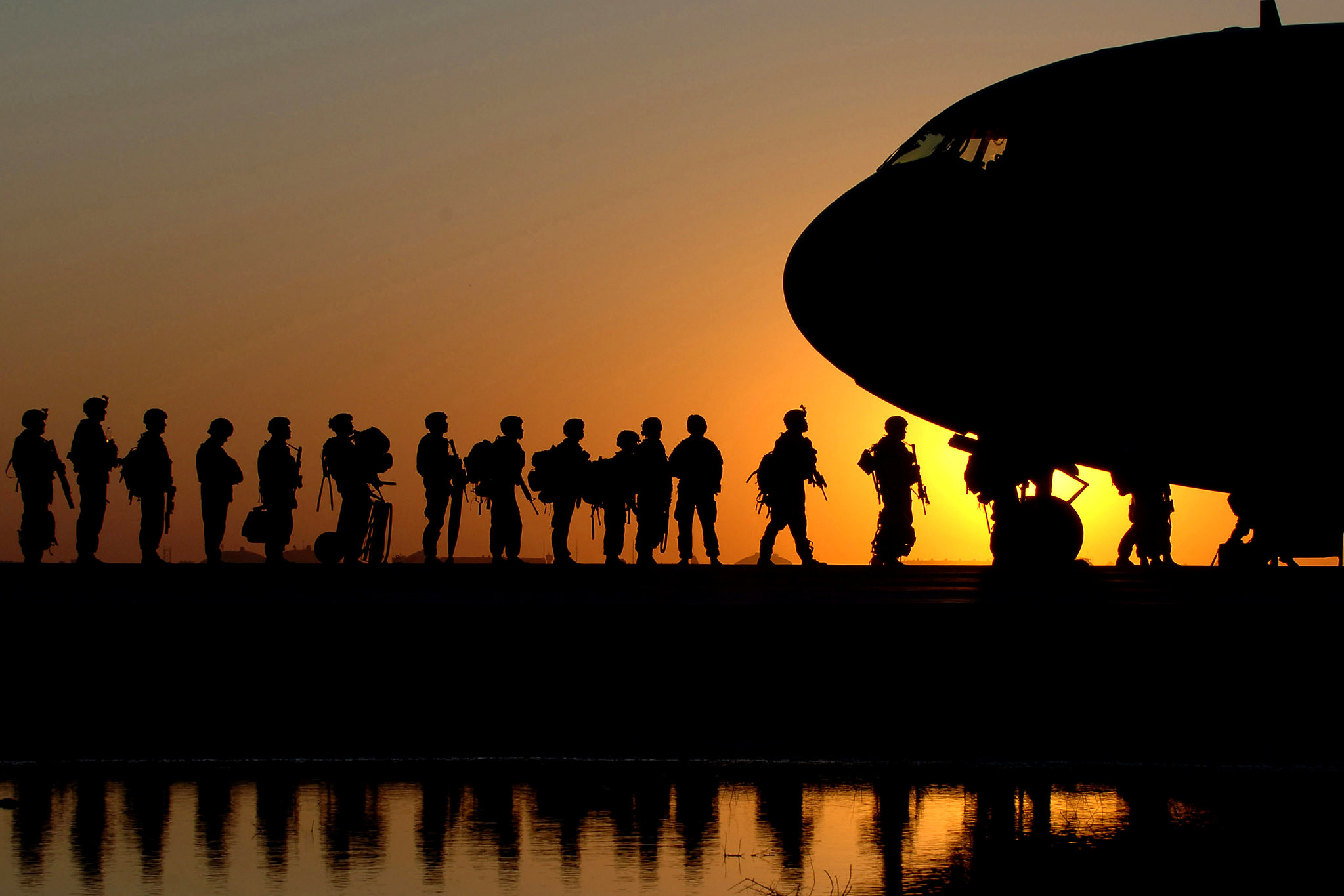 At Joint Base Balad, Iraq, U.S. soldiers wait to board aircraft taking them back to the United States. (U.S. Air Force/Erik Gudmundson)

That’s why I say it doesn’t matter when you read this, the assholes will still be in power. Maybe you read this two weeks from now — in which case you’re viewing it on a phone while sprinting away from the zombies that have been transformed by Covid-19 and are now exacting revenge for the way they were treated during the election with their insatiable man-eating tactics. (Don’t forget to douse them with kerosene and light them after you hit ‘em with the shovel because otherwise they’ll come back. They’ll come back, and they’ll remember you.)

I have to admit, I’m cheering for the postal employees. But don’t take that personally. It’s just because I’m pissed about the 2006 bill that the Democrats and Republicans joined together on to destroy the U.S. Postal Service, and I want to see a kindly 70 year-old mustachioed man in blue shorts exact his revenge. (It’s tough to say whether you can still call a grandpa “kindly” when he’s chomping into your carotid artery, but still.)

Point being, if we truly want to change this system, then we can’t spend four years bickering about what will happen one day when it will always be the same result. We need to spend those four years building the systems that make the assholes obsolete, that make the system seem old and meaningless.

We need to build the alternatives that make the ruling elite, the oligarchs at the top, look like fucking VHS tapes. Really, we need to make it so that people look at Joe Biden’s garbage pro-war and pro-Wall Street cabinet and go, “What the hell were you ever used for? I don’t know how you fit into the system these days. We need an adapter or something.”

Side note — Why is it that everyone over roughly 30 or 35 still has a small stack of VHS tapes or DVDs somewhere in our house or apartment? What the hell are we preparing for? Do we all think that after 20 years of never watching one VHS or DVD that the night will come when we say, “Let’s spend the next six hours watching scratchy versions of ‘Ghost,’ ‘Mrs. Doubtfire,’ and ‘The Firm’?”

Even if that did happen — even if hackers in the United Arab Emirates developed a new internet virus that shut down all television and streaming services and we blew the dust off the old collection — after about 30 minutes of deciding what to watch, we would then realize we don’t have a way to play goddamn DVDs anymore!

We’re all going to be holding up the disk grumbling, “What do you do with this again? Do we plug it into an iPod and hook that to the microwave? I can’t seem to recall.” No, we’re never going to watch those again.

And yet, we’ll keep that little stack of VHS & DVDs there until we die. Just in case. You never know. Maybe the dollar will collapse and VHS tapes will be the new form of currency, and you’ll be able to buy a helicopter ride out of the country with a single copy of “The Breakfast Club.” Who knows. It could happen.

Point being — We can’t vote out the assholes.

Because we can’t vote them out, the U.S. is less democratic than many other countries in the world. So let’s stop talking about nothing but the presidential election and start building a better future that makes this one look like that old pile of VHS tapes.

If you find this column important, please share it. Lee Camp is the host of the hit comedy news show Redacted Tonight. His book Bullet Points and Punch Lines is available at LeeCampBook.com and his stand-up comedy special can be streamed for free at LeeCampAmerican.com.