To not only survive the pandemic but emerge as a nation that is more resilient, we need to reverse obscenely unfair pay practices, writes Sarah Anderson. 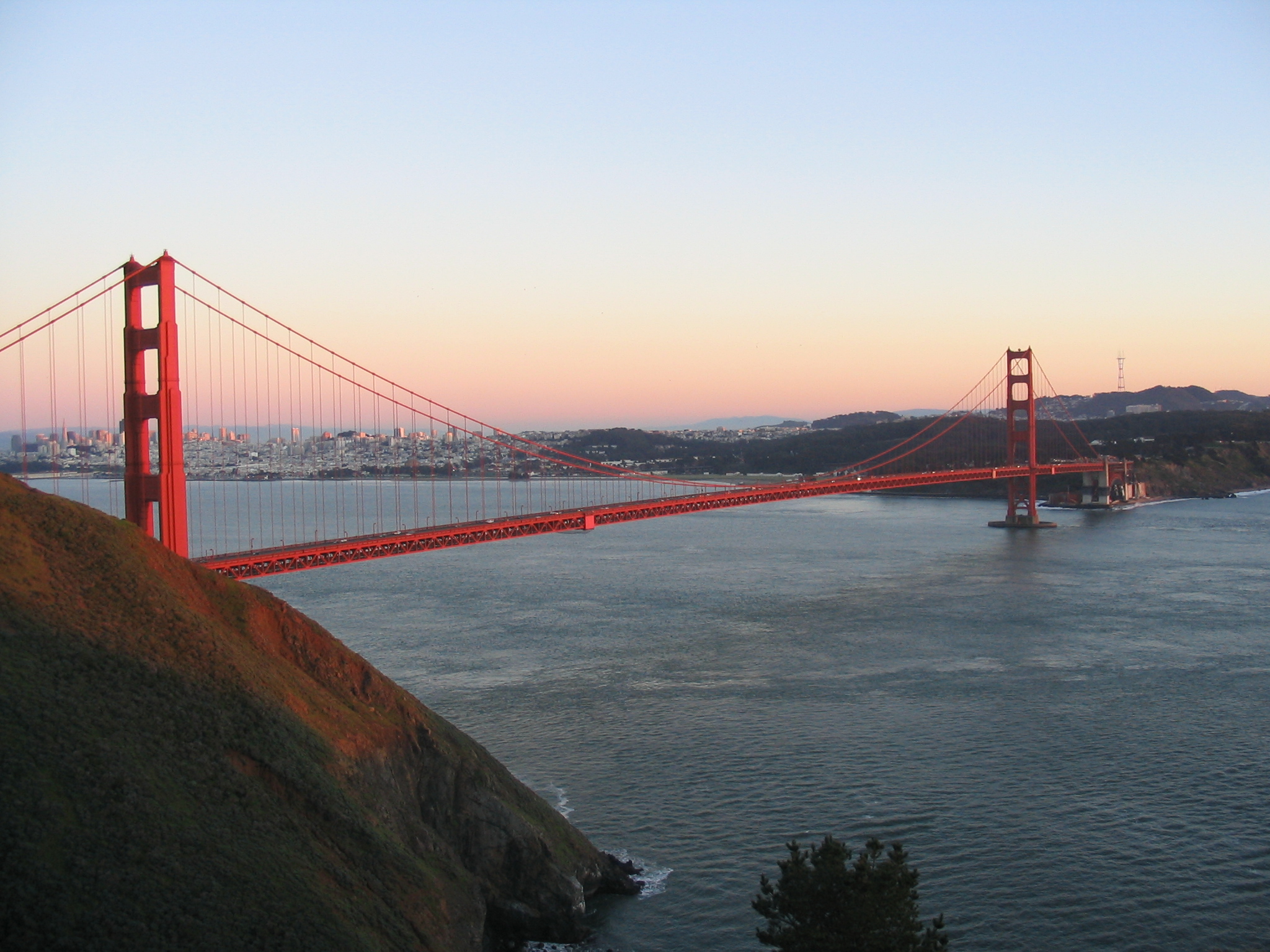 CEOs did not cause the pandemic. But they deserve a good deal of the blame for a model that shoveled profits up the corporate ladder, leaving lower-level employees financially insecure. When Covid-19 struck, it didn’t take much to push millions of vulnerable workers over the edge.

If we want to not only survive the pandemic but emerge as a nation more resilient to future crises, we need to reverse these obscenely unfair pay practices.

San Francisco voters have just taken a significant step in that direction.

By 65-35, they voted to approve a ballot measure, Proposition L, to increase taxes on corporations with extreme gaps between CEO and worker pay. The measure required only a simple majority to pass.Specifically, the proposal will increase tax rates on local business revenue, ranging from an additional 0.1 percent on corporations that pay their CEOs more than 100 times their typical San Francisco worker’s pay to 0.6 percent for companies with pay ratios of 600 to 1 or more.

To get a sense of the potential impact on specific companies, consider McDonald’s. Last year, CEO Stephen Easterbrook made $17.4 million before stepping down in November. That’s about 522 times as much as one of the fast food giant’s crew members would make earning San Francisco’s $16.07 minimum wage on an annual, full-time basis.

Unless McDonald’s makes big changes to its pay practices, these numbers suggest the company will owe a tax increase on the higher end of the proposed range, as a percentage of sales from their 16 or so San Francisco restaurants. 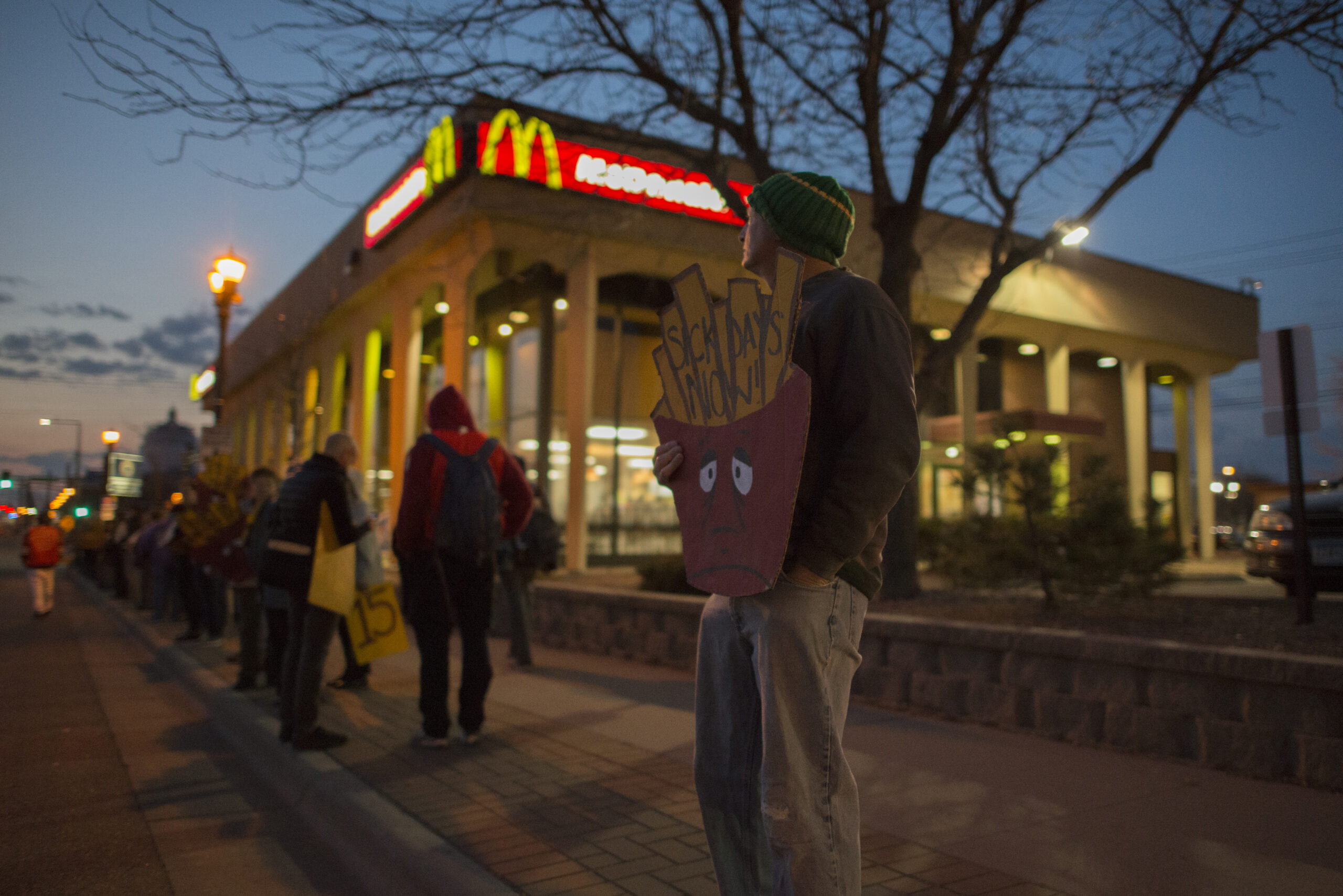 The benefits of the ballot measure are twofold. It will encourage corporations to narrow their pay gaps while generating revenue for programs to reduce poverty and inequality. City officials estimate the tax will raise $140 million per year.San Francisco will be the second city in the nation to adopt a tax on large CEO-worker pay gaps. The first was Portland, Oregon.For the tax design nerds out there, let me point out some differences between the San Francisco proposal and the Portland tax: 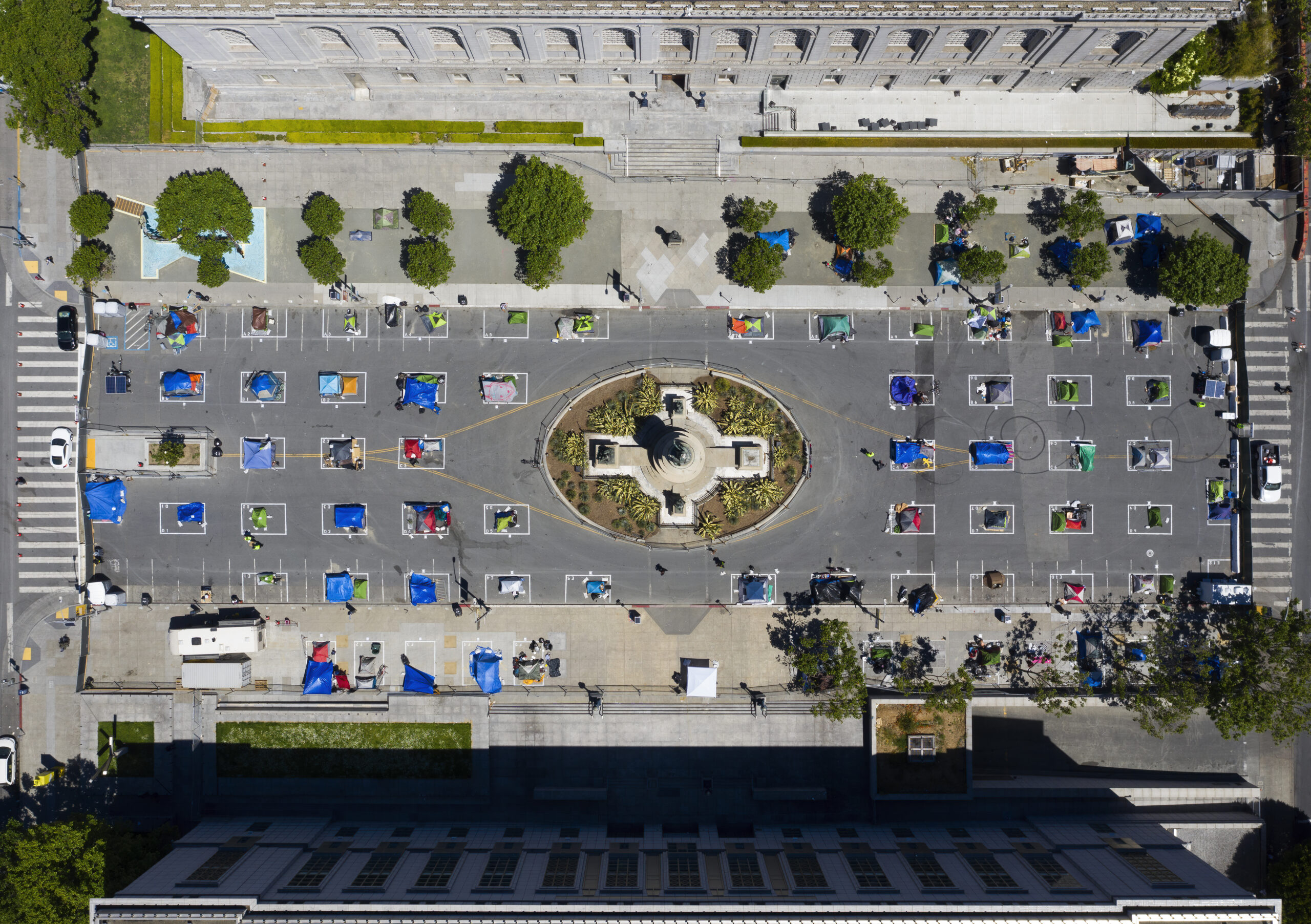 A “safe sleeping village” at San Francisco’s Civic Center organized tents into an evenly spaced grid as a safer alternative to the city’s usual homeless encampments, May 2020. (Christopher Michel, CC BY 2.0, Wikimedia Commons)

All these technicalities aside, both models advance the movement to reverse inequality in ways that should give a strong boost to other efforts. Lawmakers have introduced similar bills in at least eight state legislatures, including California, as well as in the U.S. Senate and House of Representatives.

In the midst of the pandemic crisis, the argument for such taxes is even stronger.

Of course Proposition L also had its detractors. Republican Richie Greenberg, who ran an unsuccessful race for San Francisco mayor in 2018, issued a statement before the vote claiming the tax would serve no purpose because “Employees’ salaries are based on experience and value to a company.”

That tired argument should’ve been dead after the 2008 financial crisis, when financial executives chasing massive bonuses drove our economy off a cliff.

It should be even deader now, as CEOs continue to pocket fat paychecks in a recession while essential frontlines workers show us every day just how undervalued they’ve long been.After the election,

Supervisor Haney tweeted that the revenue from the tax will be used to “support our health and public health systems, which are deeply strained from the consequences of inequality. We will hire nurses, social workers and emergency responders, and expand access and treatment.”

With over 65% of votes, it won in nearly every precinct.

Voters are demanding we take action on inequality.

Pointing out that the measure won in nearly every precinct, Haney added that “Voters are demanding we take action on inequality.”

Sarah Anderson directs the Global Economy Project at the Institute for Policy Studies and is a co-editor of the IPS web site Inequality.org. Follow her at @SarahDAnderson1.

← WATCH: CN Live! Election Coverage–Day 4
What Africa & Asia Can Teach Each Other →