Less than a year after the United States and the U.S.-backed Organization of American States (OAS) supported a violent military coup to overthrow the government of Bolivia, the Bolivian people have reelected the Movement for Socialism (MAS) and restored it to power.

In the long history of U.S.-backed “regime changes” in countries around the world, rarely have a people and a country so firmly and democratically repudiated U.S. efforts to dictate how they will be governed. Post-coup interim president Jeanine Añez has reportedly requested 350 U.S. visas for herself and others who may face prosecution in Bolivia for their roles in the coup.

The narrative of a rigged election in 2019 that the U.S. and the OAS peddled to support the coup in Bolivia has been thoroughly debunked. MAS’s support is mainly from indigenous Bolivians in the countryside, so it takes longer for their ballots to be collected and counted than those of the better-off city dwellers who support MAS’s right-wing, neoliberal opponents.

As the votes come in from rural areas, there is a swing to MAS in the vote count. By pretending that this predictable and normal pattern in Bolivia’s election results was evidence of election fraud in 2019, the OAS bears responsibility for unleashing a wave of violence against indigenous MAS supporters that, in the end, has only delegitimized the OAS itself.

It is instructive that the failed U.S.-backed coup in Bolivia has led to a more democratic outcome than U.S. regime change operations that succeeded in removing a government from power. Domestic debates over U.S. foreign policy routinely presume that the U.S. has the right, or even an obligation, to deploy an arsenal of military, economic and political weapons to force political change in countries that resist its imperial dictates.

In practice, this means either full-scale war (as in Iraq and Afghanistan), a coup d’etat (as in Haiti in 2004, Honduras in 2009 and Ukraine in 2014), covert and proxy wars (as in Somalia, Libya, Syria and Yemen) or punitive economic sanctions (as against Cuba, Iran and Venezuela) – all of which violate the sovereignty of the targeted countries and are therefore illegal under international law. 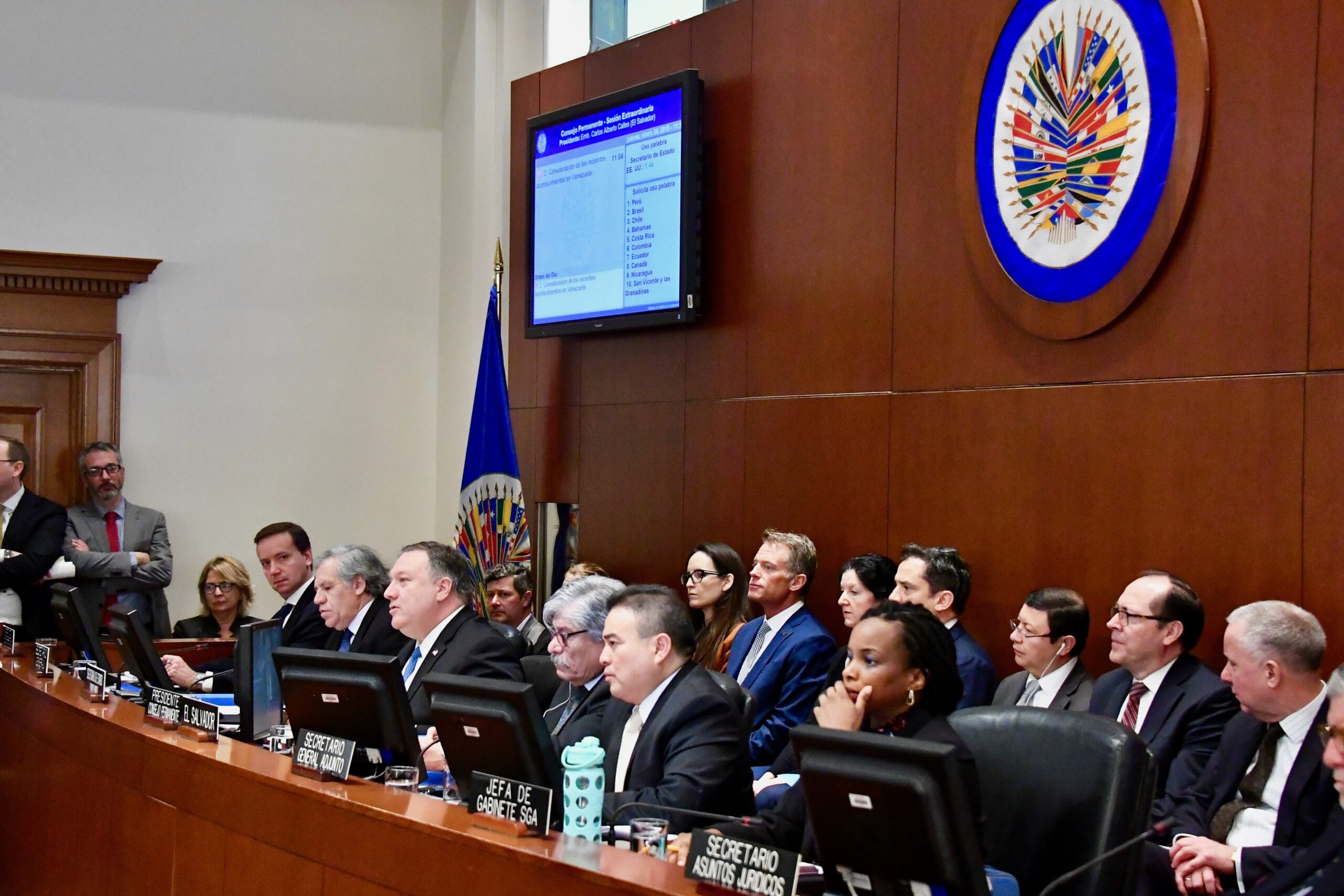 No matter which instrument of regime change the U.S. has deployed, these U.S. interventions have not made life better for the people of any of those countries, nor countless others in the past. William Blum’s brilliant 1995 book, Killing Hope: U.S. Military and CIA Interventions Since World War II, catalogues 55 U.S. regime change operations in 50 years between 1945 and 1995. As Blum’s detailed accounts make clear, most of these operations involved U.S. efforts to remove popularly elected governments from power, as in Bolivia, and often replaced them with U.S.-backed dictatorships: like the Shah of Iran; Mobutu in the Congo; Suharto in Indonesia; and General Pinochet in Chile.

Even when the targeted government is a violent, repressive one, U.S. intervention usually leads to even greater violence. Nineteen years after removing the Taliban government in Afghanistan, the United States has dropped 80,000 bombs and missiles on Afghan fighters and civilians, conducted tens of thousands of “kill or capture” night raids, and the war has killed hundreds of thousands of Afghans.

In December 2019, The Washington Post published a trove of Pentagon documents revealing that none of this violence is based on a real strategy to bring peace or stability to Afghanistan – it’s all just a brutal kind of “muddling along,” as U.S. General McChrystal put it. Now the U.S.-backed Afghan government is finally in peace talks with the Taliban on a political power-sharing plan to bring an end to this “endless” war, because only a political solution can provide Afghanistan and its people with the viable, peaceful future that decades of war have denied them.

In Libya, it has been nine years since the U.S. and its NATO and Arab monarchist allies launched a proxy war backed by a covert invasion and NATO bombing campaign that led to the horrific sodomy and assassination of Libya’s long time anti-colonial leader, Muammar Gaddafi. That plunged Libya into chaos and civil war between the various proxy forces that the U.S. and its allies armed, trained and worked with to overthrow Gaddafi. 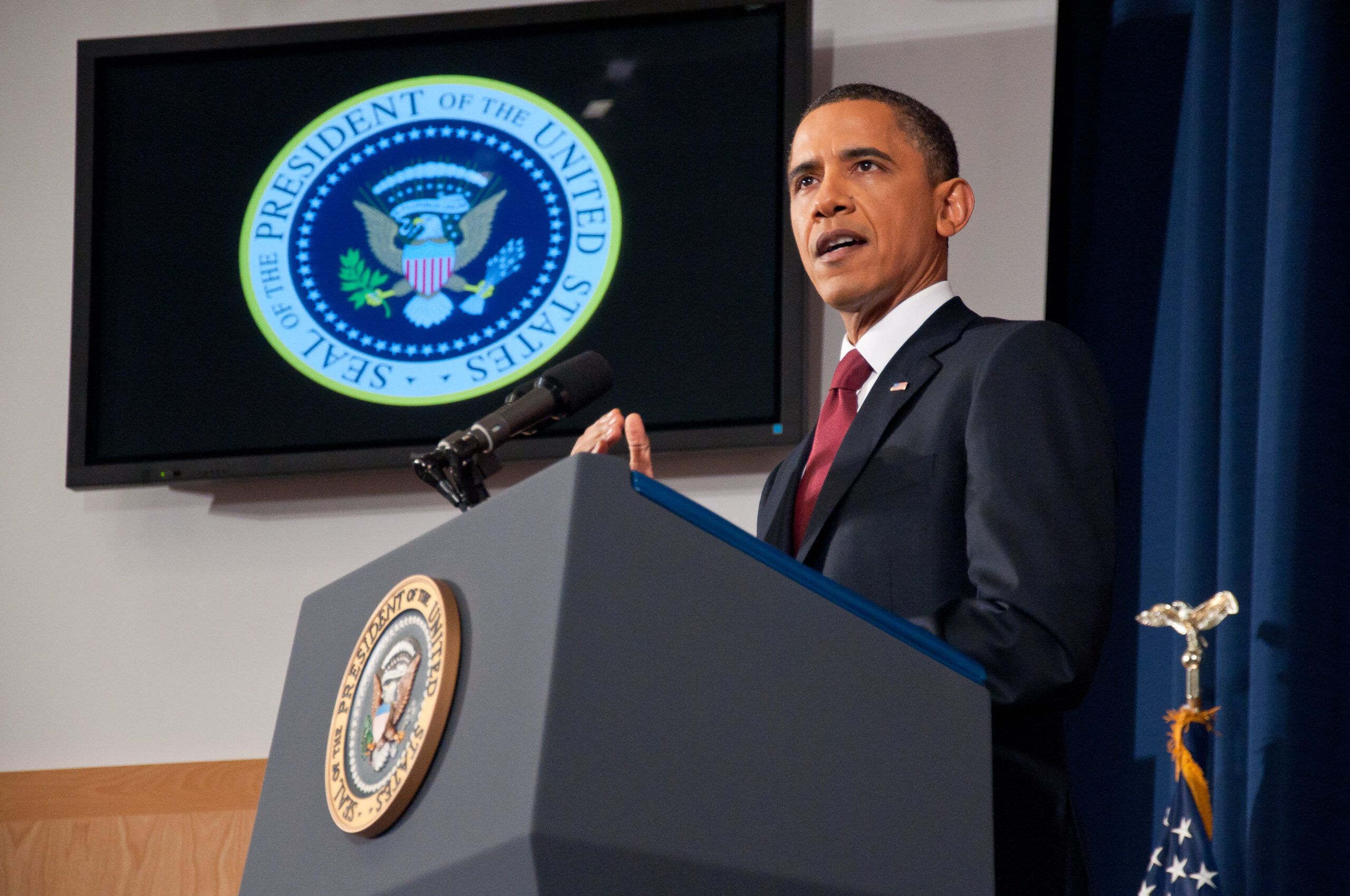 A parliamentary inquiry in the U.K. found that, “a limited intervention to protect civilians drifted into an opportunist policy of regime change by military means,” which led to “political and economic collapse, inter-militia and inter-tribal warfare, humanitarian and migrant crises, widespread human rights violations, the spread of Gaddafi regime weapons across the region and the growth of Isil [Islamic State] in north Africa.”

The various Libyan warring factions are now engaged in peace talks aimed at a permanent ceasefire and, according to the UN envoy “holding national elections in the shortest possible timeframe to restore Libya’s sovereignty” the very sovereignty that the NATO intervention destroyed.

Call to Review ‘War on Terror’ 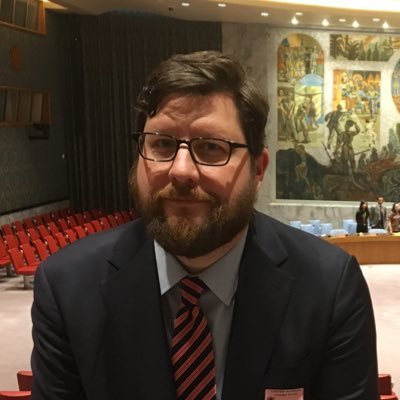 Senator Bernie Sanders’ foreign policy adviser Matthew Duss has called for the next U.S. administration to conduct a comprehensive review of the post-9/11 “War on Terror,” so that we can finally turn the page on this bloody chapter in our history.

Duss wants an independent commission to judge these two decades of war based on “the standards of international humanitarian law that the United States helped to establish after World War II,” which are spelled out in the UN Charter and the Geneva Conventions. He hopes that this review will “stimulate vigorous public debate about the conditions and legal authorities under which the United States uses military violence.”

Such a review is overdue and badly needed, but it must confront the reality that, from its very beginning, the “War on Terror” was designed to provide cover for a massive escalation of U.S. “regime change” operations against a diverse range of countries, most of which were governed by secular governments that had nothing to do with the rise of Al Qaeda or the crimes of Sept. 11.

Notes taken by senior policy official Stephen Cambone from a meeting in the still damaged and smoking Pentagon on the afternoon of Sept. 11, 2001. summarized Secretary of Defense Rumsfeld’s orders to get “”best info fast. Judge whether good enough hit S.H. [Saddam Hussein] at same time – not only UBL [Osama Bin Laden]” Go massive. Sweep it all up. Things related and not.” 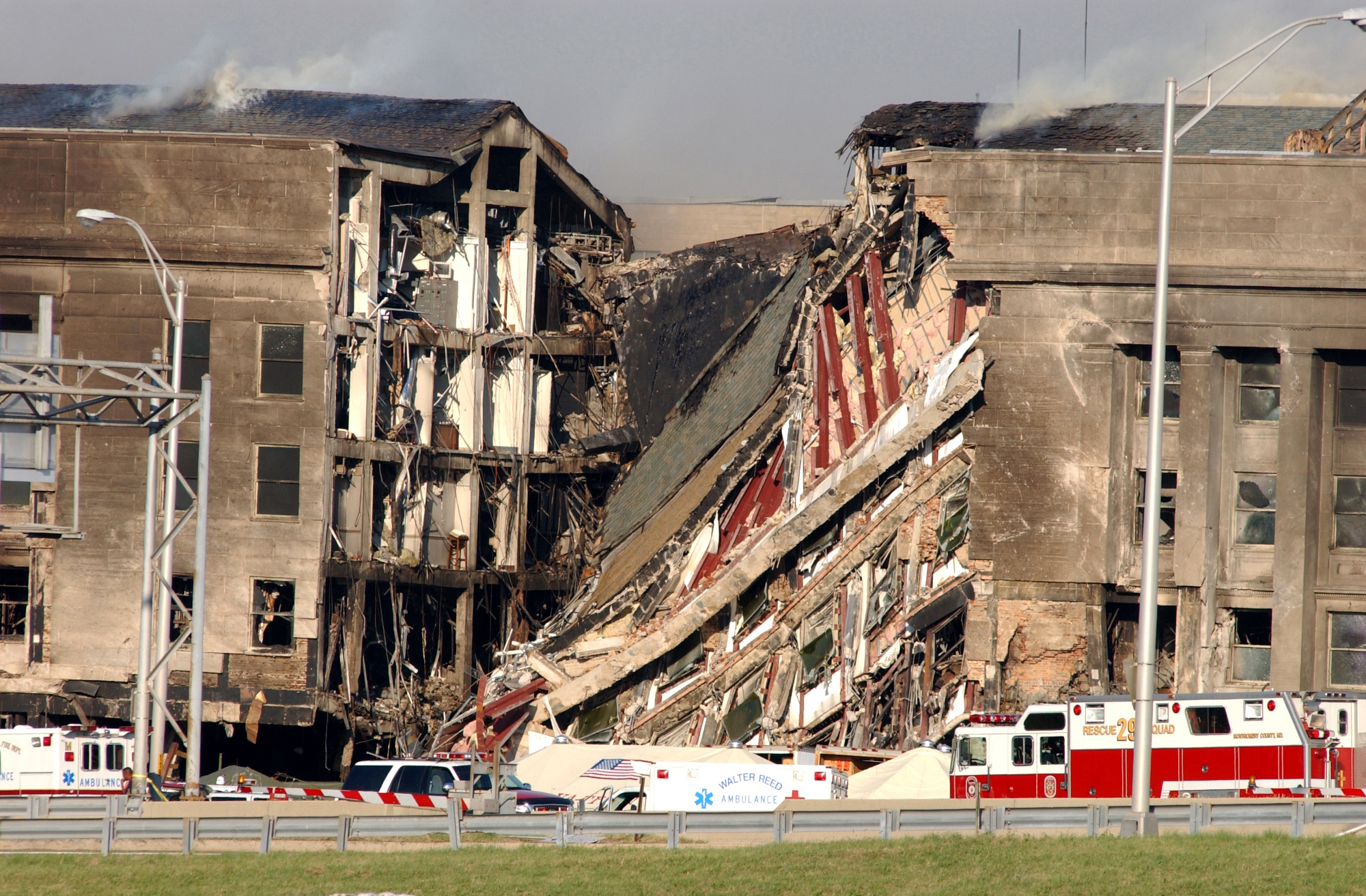 At the cost of horrific military violence and mass casualties, the resulting global reign of terror has installed quasi-governments in countries around the world that have proved more corrupt, less legitimate and less able to protect their territory and their people than the governments that U.S. actions removed.

Instead of consolidating and expanding U.S. imperial power as intended, these illegal and destructive uses of military, diplomatic and financial coercion have had the opposite effect, leaving the U.S. ever more isolated and impotent in an evolving multipolar world.

Today, the U.S., China and the European Union are roughly equal in the size of their economies and international trade, but even their combined activity accounts for less than half of global economic activity and external trade. No single imperial power economically dominates today’s world as overconfident American leaders hoped to do at the end of the Cold War, nor is it divided by a binary struggle between rival empires as during the Cold War. This is the multipolar world we are already living in, not one that may emerge at some point in the future.

This multipolar world has been moving forward, forging new agreements on our most critical common problems, from nuclear and conventional weapons to the climate crisis to the rights of women and children. The United States’ systematic violations of international law and rejection of multilateral treaties have made it an outlier and a problem, certainly not a leader, as American politicians claim.

Joe Biden talks about restoring American international leadership if he is elected, but that will be easier said than done. The American empire rose to international leadership by harnessing its economic and military power to a rules-based international order in the first half of the 20th century, culminating in the post-World War II rules of international law. But the United States has gradually deteriorated through the Cold War and post-Cold War triumphalism to a flailing, decadent empire that now threatens the world with a doctrine of “might makes right” and “my way or the highway.” 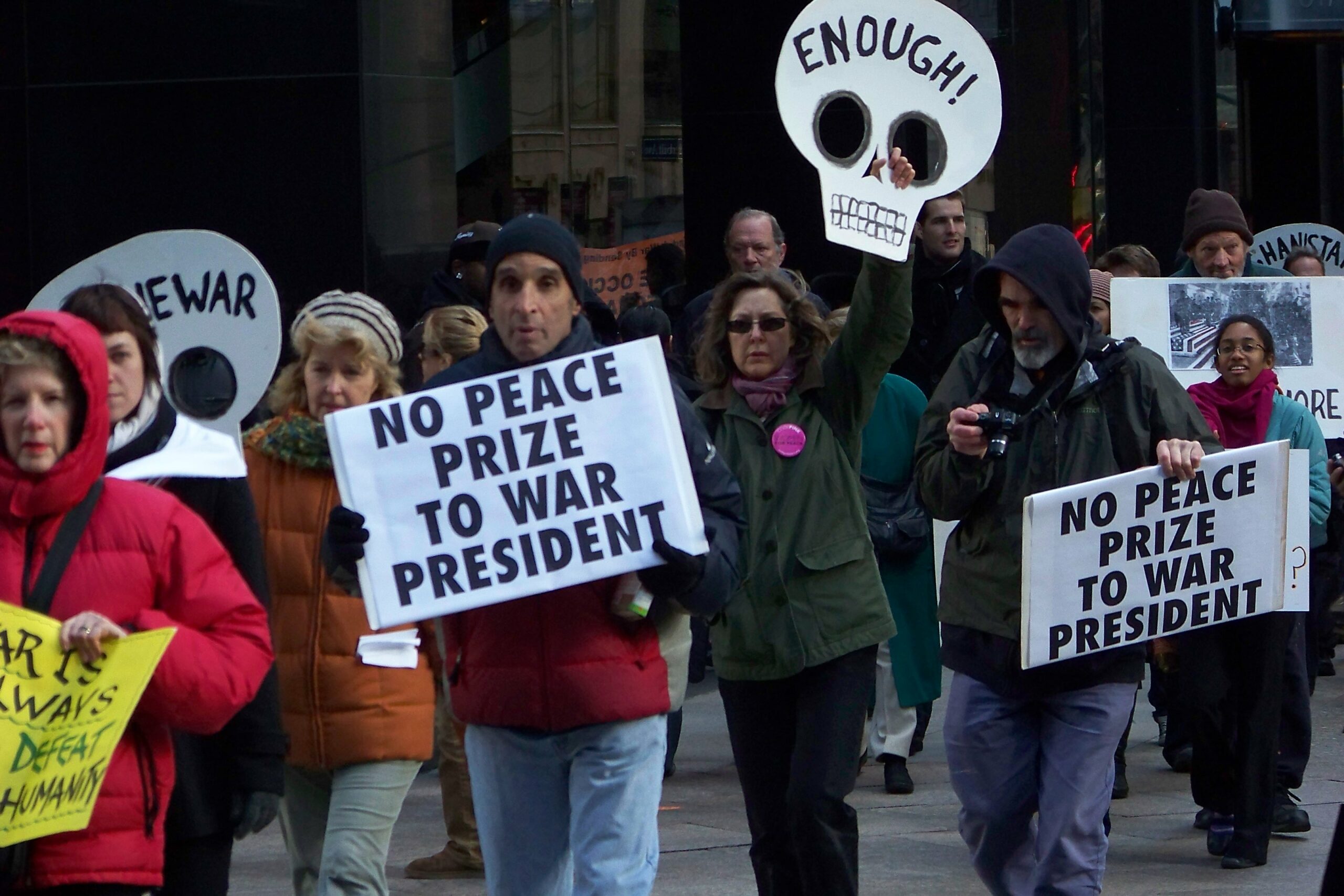 When Barack Obama was elected president in 2008, much of the world still saw former President George W. Bush, Vice President Dick Cheney and the “War on Terror” as exceptional, rather than a new normal in American policy. Obama won the Nobel Peace Prize based on a few speeches and the world’s desperate hopes for a “peace president.” But eight years of Obama, Biden, Terror Tuesdays and Kill Lists followed by four years of President Donald Trump, Vice President Mike Pence, children in cages and the New Cold War with China have confirmed the world’s worst fears that the dark side of American imperialism seen under Bush and Cheney was no aberration.

Amid America’s botched regime changes and lost wars, the most concrete evidence of its seemingly unshakeable commitment to aggression and militarism is that the U.S. Military-Industrial Complex is still outspending the 10 next largest military powers in the world combined, clearly out of all proportion to America’s legitimate defense needs.

So the concrete things we must do if we want peace are to stop bombing and sanctioning our neighbors and trying to overthrow their governments; to withdraw most American troops and close military bases around the world; and to reduce our armed forces and our military budget to what we really need to defend our country, not to wage illegal wars of aggression half-way round the world.

For the sake of people around the world who are building mass movements to overthrow repressive regimes and struggling to construct new models of governing that are not replications of failed neoliberal regimes, we must stop our government–no matter who is in the White House–from trying to impose its will.

Bolivia’s triumph over U.S.-backed regime change is an affirmation of the emerging people-power of our new multipolar world, and the struggle to move the U.S. to a post-imperial future is in the interest of the American people as well. As the late Venezuela leader Hugo Chavez once told a visiting U.S. delegation, “If we work together with oppressed people inside the United States to overcome the empire, we will not only be liberating ourselves, but also the people of Martin Luther King.”

This article is from Op-Ed News

2 comments for “Ending Regime Change — in Bolivia & the World”