In his speech to mark the UN’s 75th anniversary,  Javad Zarif  took aim at the wars Washington has initiated or joined since 2001, Andrea Germanos reports. 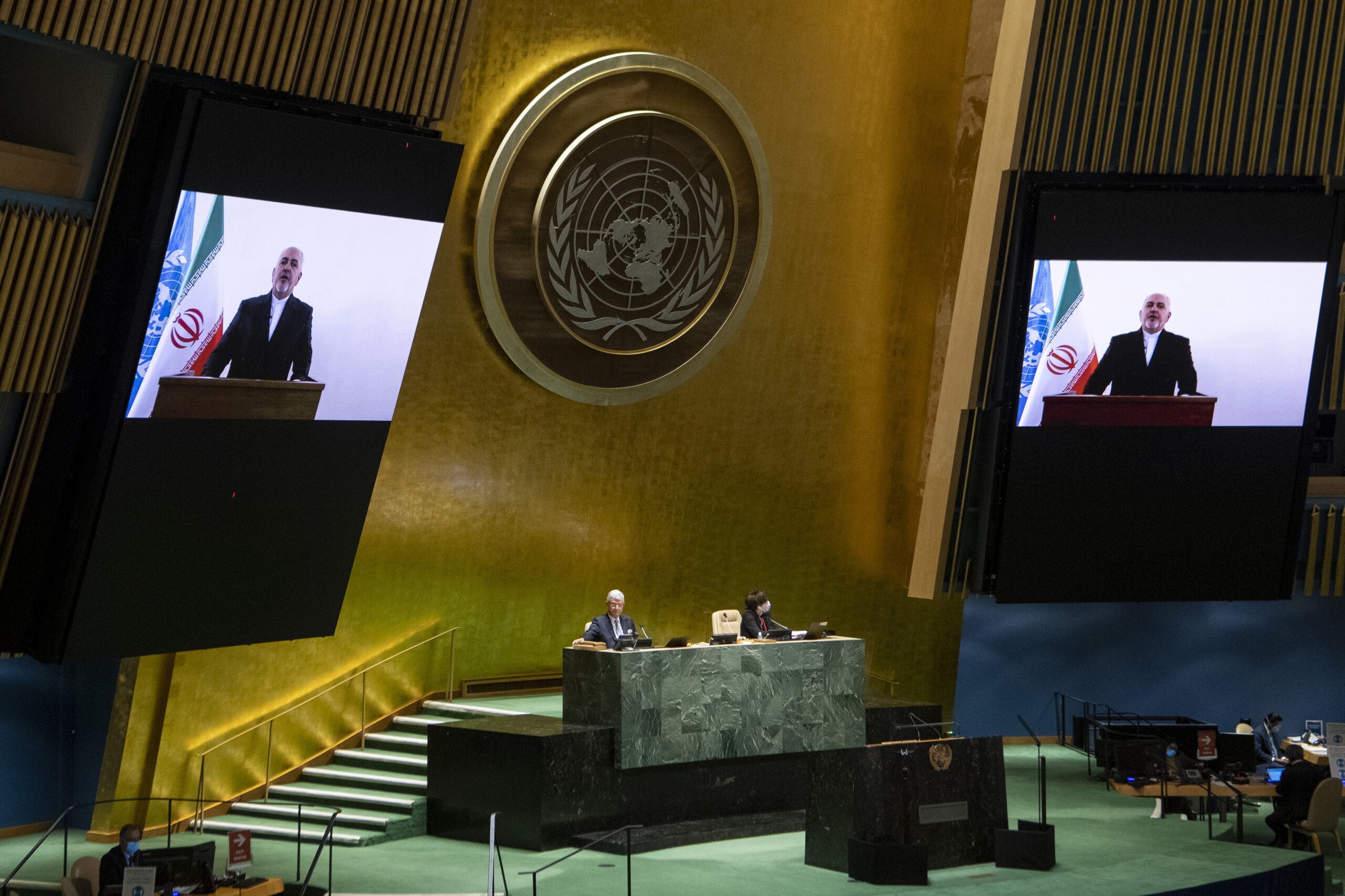 The Iranian official’s comments came in a video address to a high level meeting of the General Assembly marking the UN’s 75th anniversary.

“The eight violent wars that the United States initiated or joined since 2001, under the rubric of war on terror, have resulted in the loss of hundreds of thousands of innocent lives, countless broken societies and families… and unprecedented extremism,” said Zarif, a frequent critic of U.S. foreign policy. “It’s time to change that,” he said, “saving American blood and treasure, and sparing the world from further misery.”

The UN, added Zarif, must “recommit itself to stand up united against unilateralism and war.”

Zarif’s comments came as Iran faces the Trump administration, which is stacked with Iran hardliners including Secretary of State Mike Pompeo, and punishing new sanctions imposed by the U.S. in the midst of the coronavirus pandemic.

President Donald Trump has just this year threatened to bomb Iranian cultural sites and had Iranian General Qasem Soleimani assassinated. And just this month Trump told right-wing radio personality Rush Limbaugh that “if you do something bad to us, we are going to do things to you that have never been done before,” referring to Iran.

Zarif’s far from alone in his assessment of the so-called war on terror. U.S.-based researchers have put the death toll of post-9/11 wars at 800,000 or even as high as 1 million. The war on terror — which has cost some $6.4 trillion — has also been roundly blamed for effects including helping to militarize U.S. police forces and fomenting extremism.

UN Secretary-General António Guterres, for his part, marked the body’s 75th anniversary by renewing his demand for a global ceasefire and pointed to the coronavirus as humanity’s “one common enemy.”

“Now is the time for a stepped-up push for peace to achieve a global ceasefire,” said Guterres. “The clock is ticking.”

← The Argument for a Maximum Wage
Invisible 9/11s: Only the CIA Can See How US Is Attacked By Nations It Targets →