Vijay Prashad says most endemic hunger is caused by a system that would rather waste food than feed the hungry. 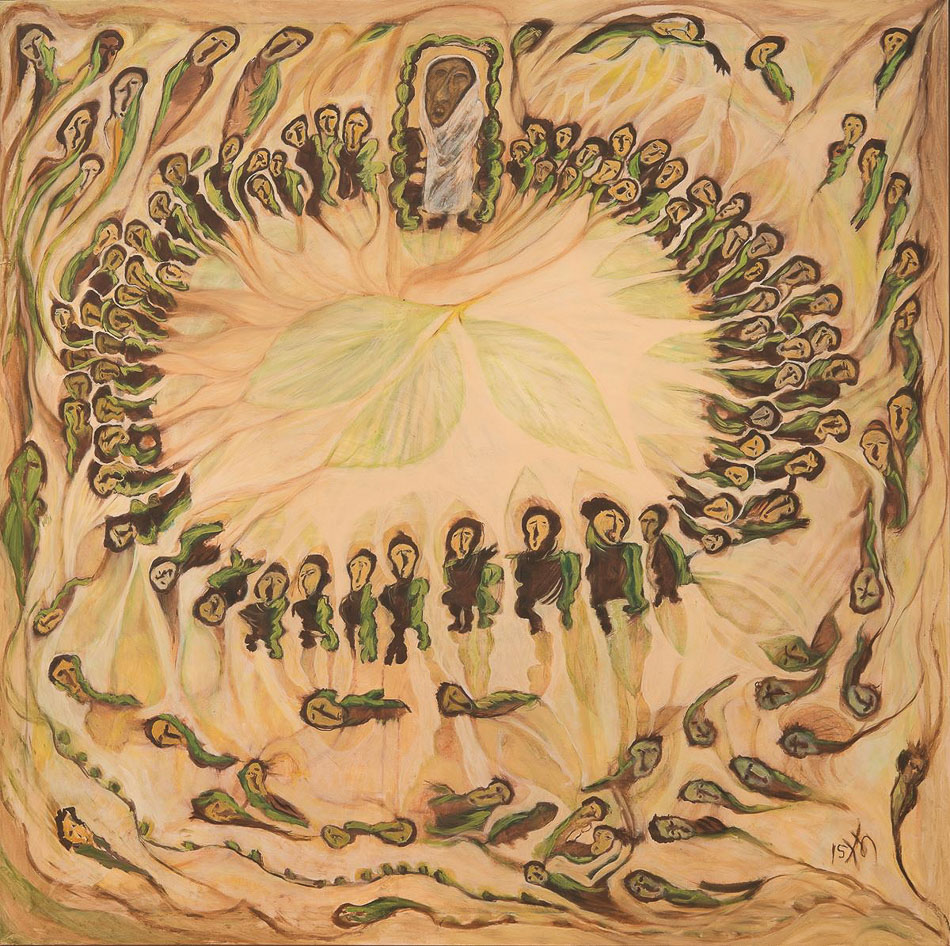 On Oct. 9, the Nobel Peace Prize was awarded to the United Nations’ World Food Programme. In the citation for the award, the Norwegian Nobel Committee pointed to the “link between hunger and armed conflict,” noting that “war and conflict can cause food insecurity and hunger, just as hunger and food insecurity can cause latent conflicts to flare up and trigger the use of violence.” The demand for zero hunger requires “an end to war and armed conflict,” said the Nobel Committee.

During the pandemic, the numbers of those who go to bed hungry at night have dramatically escalated, with estimates showing that half the human population has insufficient access to food. It is true that war disrupts life and enforces hunger, but so do the unilateral sanctions that the United States of America inflicts on 30 countries, from Iran to Venezuela. It is impossible to ignore the fact that most endemic hunger occurs in places that are not theatres of armed conflict — such as India — but where there is another structural war at work, an unnamed war, a class war.

Last year, the UN General Assembly designated Sept. 29 as the International Day of Awareness of Food Loss and Waste. No one paid much attention to that day on its first outing in 2020. Nearly one third of the food produced globally for human consumption is lost or wasted, according to data from 2011. This loss and waste are a consequence of a system based on profit that would rather waste food than turn it over through public distribution systems to the hungry. This is the character of class war. 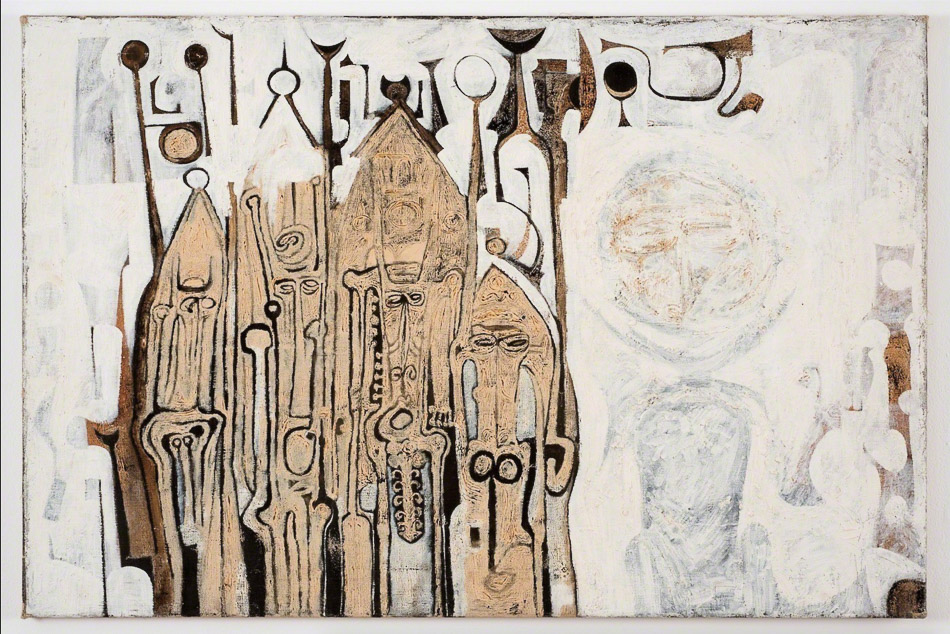 South Sudan and Sudan are epicenters of the hunger crisis, with more than half of South Sudan’s population of 13 million people hungry due to civil war and extreme weather conditions while the number of children facing acute hunger has doubled to over 1.1 million during the pandemic. Every day, at least 120 children die in Sudan due to the disruption of the economy as catastrophe upon catastrophe is foisted upon regional food systems and trade as a result of the lockdowns, the grip of poverty and the desiccation of agricultural lands as the Sahara Desert drifts southwards.

In late 2018, thousands of people in Sudan went onto the streets to bravely confront the longstanding President Omar al-Bashir. Al-Bashir’s ouster brought in a civilian-military government which did not address the most central problems of Sudan’s society, and so in September 2019 protests broke out once more.

Now, another year after that second attempted revolution, the tempo in Sudan is adverse, the mood subdued. Young people, who had taken such an active part in the two revolts, now face the prospect of hunger and social collapse. Sudan’s youth, who make up more than half of the country’s 42 million people, face impossible employment prospects.

It is fitting that one of the anchors of Sudan’s protests is Girifna, a movement that was set up in October 2009 by university students and whose name means “we are fed up” in Arabic. Youth, who carry within their bodies an immense hope for the future, already seem dismayed by what they have grown up around; they are already fed up even before their lives have begun. Can they be blamed for this disheartened sensibility? As Sudan slipped into social crisis in the past few months, the government arrested a number of artists — some of whom are affiliated with Girifna, such as Hajooj Kuka — and charged them with public disturbance.

The Sudanese Professional Association, which led the protests over the past year, condemned the arrests. When there is so much practical work to be done — the work of feeding people, of getting medicines to them, and of securing their basic rights — the state instead turns its attention to proscription of speech and threats against artists who represent the aspirations of the youth. 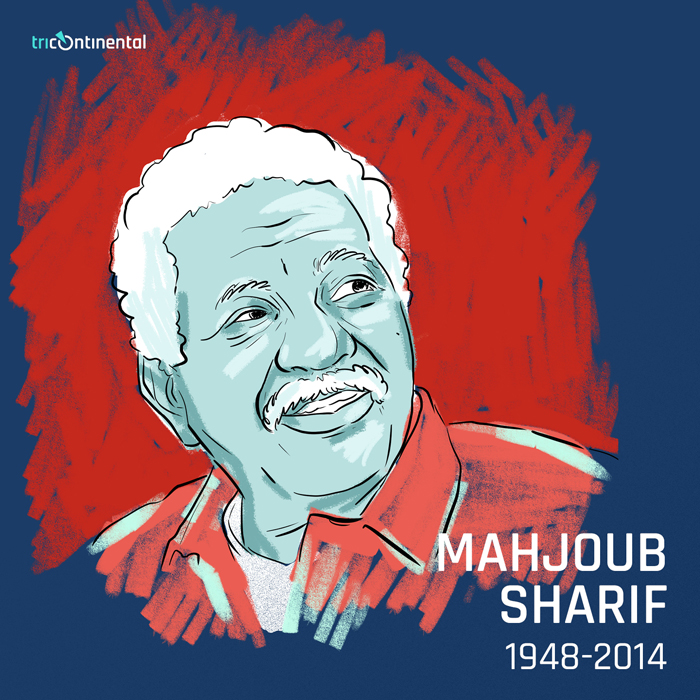 So much of this is familiar, generation after generation. Al-Bashir came to power in a June 1989 coup, bringing with him the cruelty of his suffocating fundamentalism. Expectedly, al-Bashir’s government began to arrest the voices of freedom — people such as Amina al-Gizouli, a teacher, and her brother Kamal al-Gizouli, a lawyer. Amina’s husband, the poet Mahjoub Sharif, was arrested on Sept. 20 and marched off to the Port Sudan prison for his membership in the Sudan Communist Party; he was 41 at the time. Mahjoub, who I met before his death in 2014, told me that he expected to be arrested, since he had already been in prison three previous times, his youth spent in the regime’s brutal jails (1971-73, 1977-78 and 1979-1981). While in prison, Mahjoub wrote poems to elevate himself and to inspire those around him. Despite the prison walls that surrounded him, he never lost his blinding smile.

Born are the beautiful children, hour by hour
With brightest eyes and loving hearts,
Adorning the homeland, they come.
For bullets are not the seeds of life. 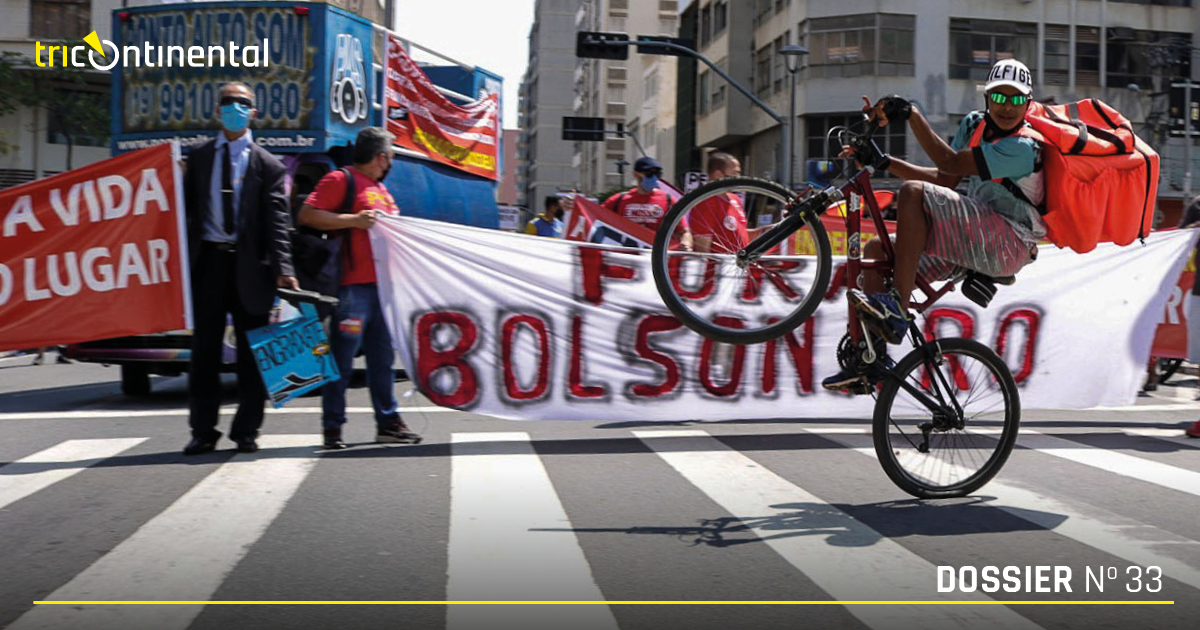 Cynicism is not the automatic mood for the youth; the fuel that young people require as they mature is hope. But hope is in short supply, and the ugliness of cynicism has trickled deep into the consciousness of young people. Institutions that allow hope to thrive are not as one might expect for young people who live in the world’s belts of poverty, in slumlands that run from India’s bastis to Brazil’s favelas. Here, state-driven schooling is desiccated and formal employment sparse, far from providing hopeful avenues for youth. Rather, young people seek refuge in a range of groups, from fundamentalist religious organizations to mafia-like operations, which provide resources for individual advancement and social survival. But there are other young people for whom these sorts of groups are not enough. They are like Mahjoub and Amina, drawn to the left and to self-organization to bring some decency into the world.

Our most recent dossier, Youth in Brazil’s Peripheries in the Era of CoronaShock, takes a close look at the situation of young people in the working-class areas of Brazil. This text is based on a long-term investigation of the cultural and social worlds of working-class youth in Brazil’s urban peripheries carried out by Tricontinental: Institute for Social Research (Brazil) alongside the Popular Youth Uprising (Levante Popular da Juventude) and the Workers’ Movement for Rights (Movimento de Trabalhadoras e Trabalhadores por Direitos or MTD). Our researchers are building a detailed assessment of what grips the youth, but also what dazzles them.

The dossier shows that young people in Brazil — as in Sudan — struggle with a collapse of the social democratic institutions of the state, such as educational and welfare institutions. The state interprets the social crisis as a criminal crisis and expands its repressive side into these neighborhoods, linking youth in particular to the idea of deviation and delinquency. Rather than feed children, it sends in police forces to suppress their protests. The transformation of the state and the advancement of an ideology that asks young people to become entrepreneurs through their own hard work — without much institutional support — creates the basis for anger and cynicism. The employment situation, detailed in the dossier, is bleak and defined by temporary and informal work. 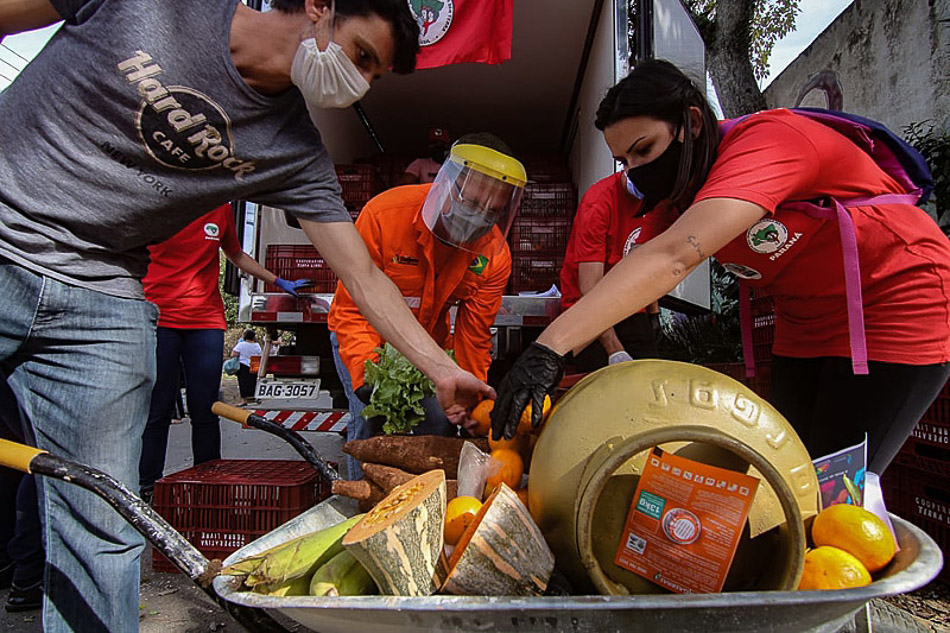 Solidarity action with families in vulnerable situations in the peripheries of Curitiba and Araucária organised by the Landless Workers’ Movement (MST) and Sindipetro-PR/SC, the oil workers’ union of Santa Catarina. Paraná, Brazil, Aug. 1, 2020. (Giorgia Prates)

Solidarity action with families in vulnerable situations in the peripheries of Curitiba and Araucária organized by the Landless Workers’ Movement (MST) and Sindipetro-PR/SC, the oil workers’ union of Santa Catarina. Paraná, Brazil, Aug. 1, 2020. (Giorgia Prates)

The dossier ends on an uplifting note. Kelli Mafort of the Landless Workers’ Movement (MST) distinguishes between “Solidarity Inc.” and “popular solidarity.” The former – Solidarity Inc. – is another term for charity. The gifts of charity are necessary, but, in this model, they do not fashion new kinds of society or build confidence amongst the working class; gifts can be as demoralizing as poverty itself.

Popular solidarity, on the other hand, emerges within working-class communities; it builds on mutual aid and respect and produces organizations that enhance the dignity of the people. These progressive groups mobilize young people to collect and distribute supplies, to make linkages with MST cooperatives in the countryside that promote agro-ecological food, to struggle against police violence and for land reform.

In other words, they mobilize young people to believe deeply in the potential of a world other than the misery imposed on them by the cruelties of the capitalist system. There are lessons in this dossier for the World Food Programme, which relies too heavily on monocultures, on the vertical value chains of Western-based food corporations, and on the Solidarity Inc. model of charity. The opportunity of the Nobel Prize should give the World Food Programme courage to promote diverse and local food production and distribution.

Bullets, as Mahjoub sang in prison, are not the seeds of life. The answers to our misery are so obvious, but they would cost the minority who control power, privilege, and property; they have a lot to lose, which is why they hold on so desperately. They sprinkle bullets on the world, pretending that they are seeds.

← Reframing America’s Role in the World
LEE CAMP: Top 10 People to Blame if Joe Biden Loses (It’s Not The Left) →

1 comment for “Bullets Are Not the Seeds of Life”