Events of the past week show the Continent restoring some of its pre-1945 independence from U.S. hegemony. 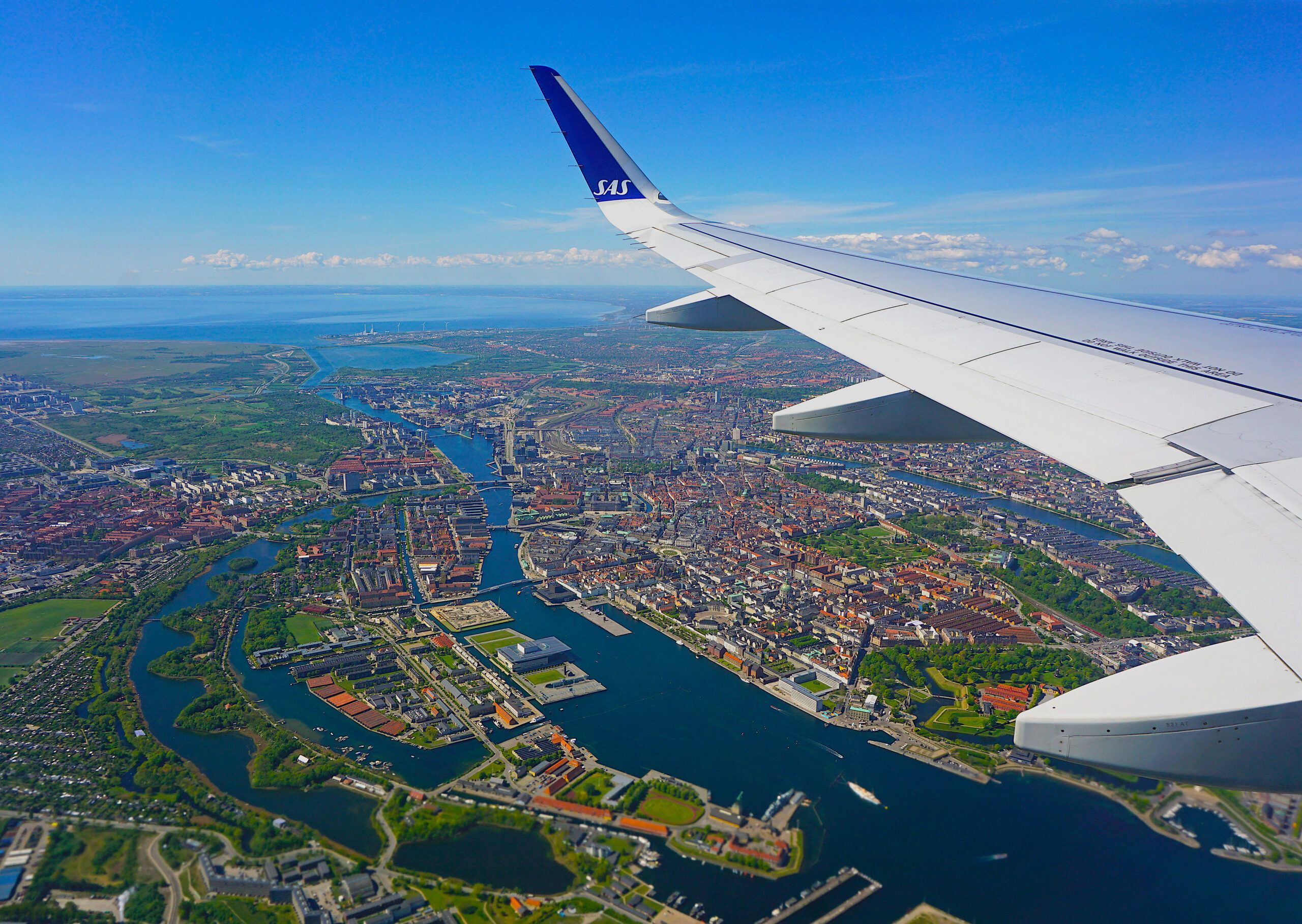 Those who come after us will look back and conclude we lived in a time of great moment. This is true in all sorts of ways, of course, and high among these is the gradual but now-unmistakable corrosion of the trans–Atlantic alliance, the many-sided institution by which the U.S. has to date controlled Western Europe and asserted its claim to “global leadership.”

Events this past week make it plain that Europeans are learning the necessity and wisdom of going their own way — of making the Continent the independent pole of power it long was but ceased to be after the 1945 victory. At last, one might say, but we can do better: Hallelujah! En fin! Vive l’Europe!

We, or those of us aspiring to a world without a hegemony, a world wherein the West’s claim of superiority over the non–West passes into history, have waited so long.

It is always difficult to understand time present as history for the simple reason we live within it, and seeing how our moment arises from the past and indicates the future comes only with conscious effort. Let’s make the effort. The truth of any given time lies well beyond the fence posts corporate media plant to restrict our understanding of events and what the illiterate mediocrities who prevail in Washington are capable of grasping themselves.

Last Thursday Denmark gave permission for the consortium of companies managing the Nord Stream 2 gas pipelines to operate in Danish waters. This is minor news, a fleck, but it is of considerable import. 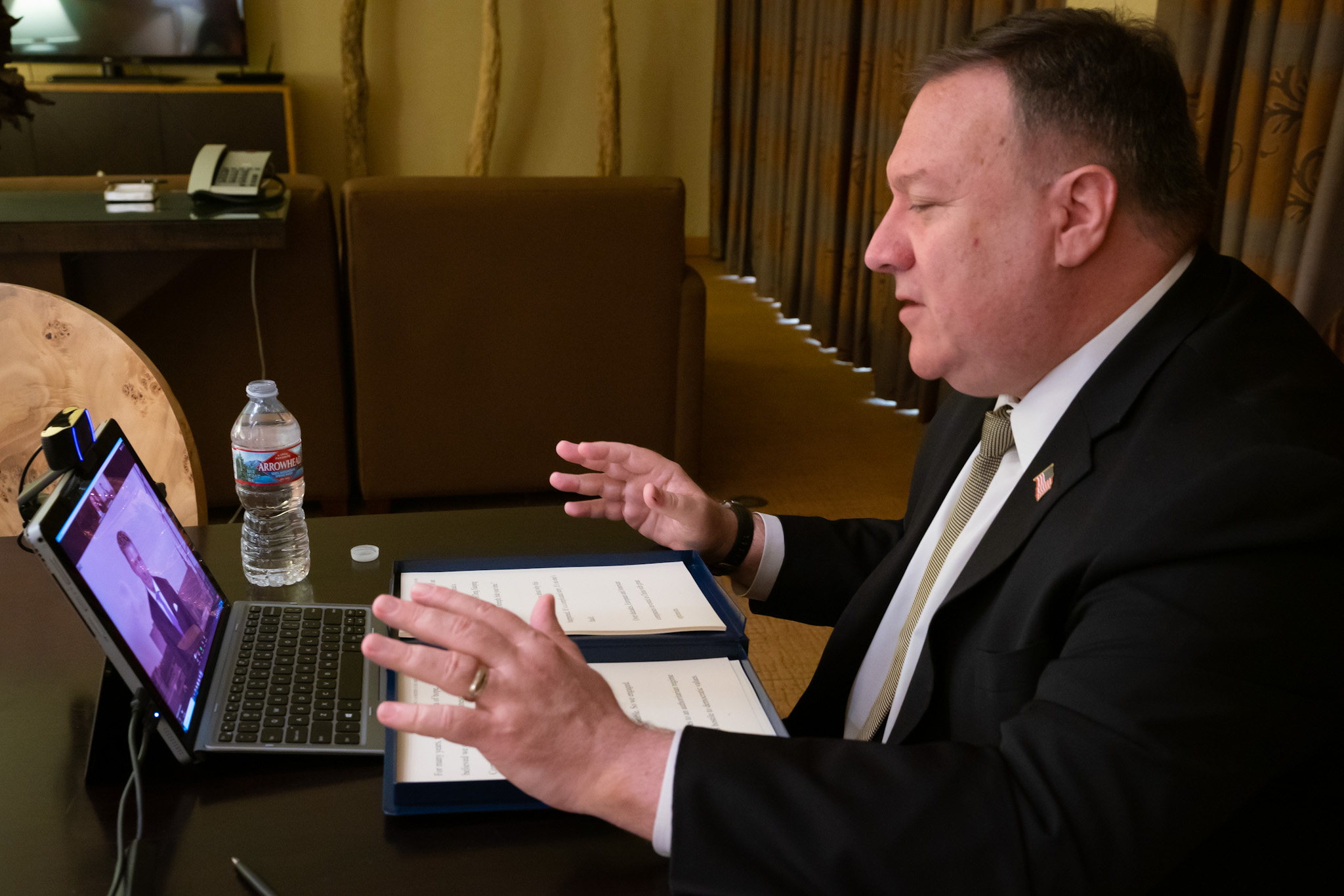 The geopolitically contentious Nord Stream 2 project, which is on the brink of completion, will transport 55 billion cubic meters of Russian natural gas yearly under the Baltic Sea to German ports, which will then supply other European markets.

A year ago the Danish Energy Agency approved a 147-km route that runs through a short stretch of sea over Denmark’s continental shelf. What just happened amounts to a formality.

It is the timing of the peaceable Danes’ announcement that matters. Washington recently launched a desperate, last-ditch campaign to scuttle the project, the centerpiece of which is the ridiculous charade involving the alleged poisoning of Alexei Navalny, Russia’s grandstanding, popular-but-not-very, oppositionist.

This was intended to alienate Berlin from Moscow, so prompting Chancellor Angela Merkel to bail on the Nord Stream 2 agreement in the name of good old-fashioned East–West animosity. 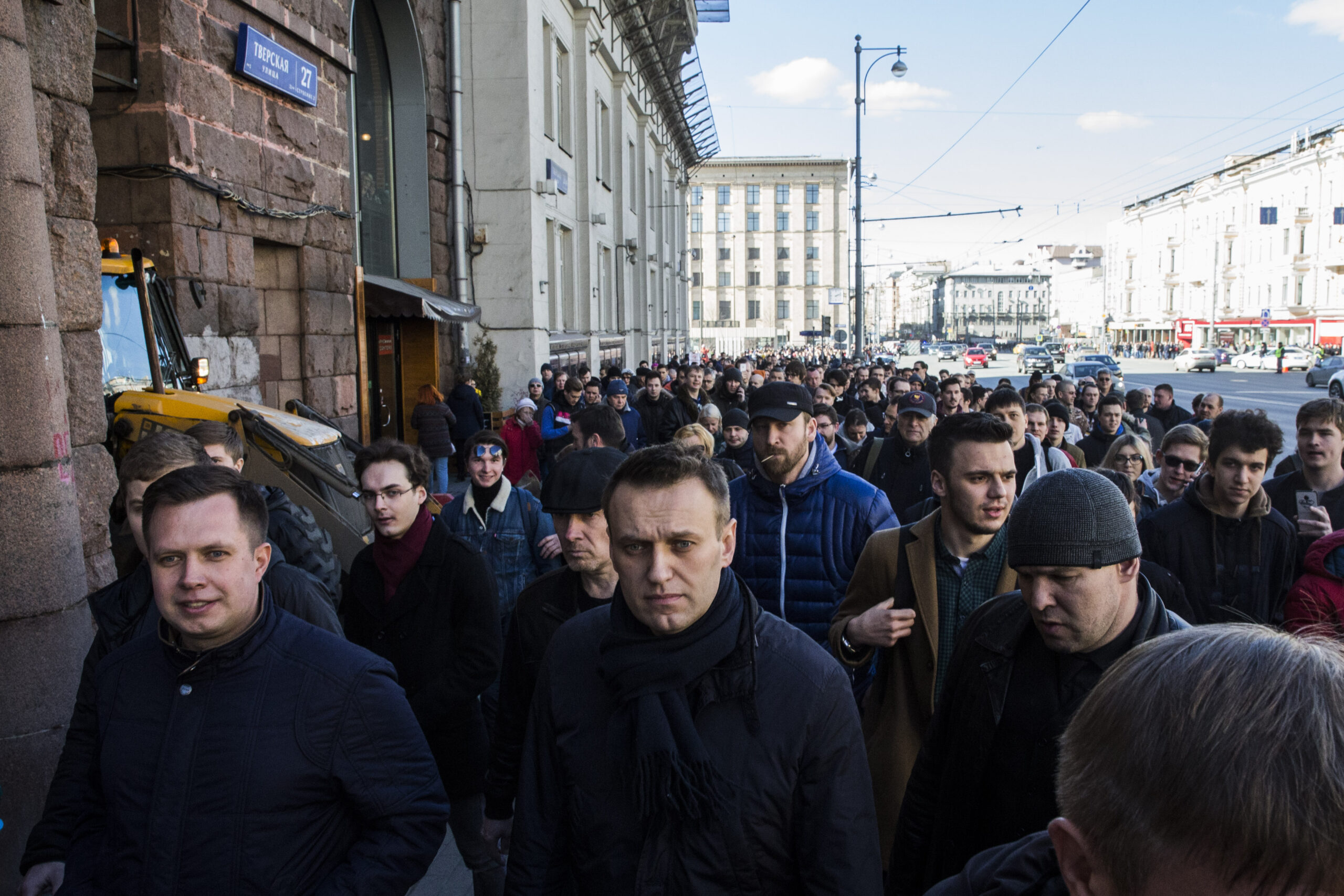 This transparent trickery now appears to have failed. Merkel parried briefly on this question but signaled two weeks ago that, as she has long argued, Nord Stream 2 is a commercial undertaking that is not available for geopolitical manipulation. And now Copenhagen pointedly casts its vote: In its larger context it is a vote against Washington, a refusal to reenlist in a new Cold War just where the first left off. Prediction: The rest of Europe will now follow.

No one has been clearer than Emmanuel Macron in resisting Washington’s insistence that Europe must once again line up against the Rrrrrrrussians. Just before the Danes approved the Nord Stream 2 route, the French president spoke in Vilnius, where he once again rejected “a bipolar world” and asserted that Europe must find its own way in its relations with Russia and China alike.

“We, some countries more than others, gave up our strategic independence by depending on American weapons systems,” Macron said. “We cannot accept to live in a bipolar world made up of the U.S. and China.”

It is remarkable that Macron chose the Lithuanian capital to make these assertions. And remarkable again that, next day, he continued during a visit to Riga, the Latvian capital. “We are conscious of your neighborhood, and it is in this spirit of mutual understanding and transparency and of protection of your security that we wanted to contribute to relaunching a strategic dialogue with Russia,” Macron said this time. “This dialogue doesn’t deny any parts of our European histories but wants to face our history and geography.”

In simpler English: We must take a stand against the U.S. at this moment because we are better off getting along with Russia than not, and this includes you who were previously in the Soviet sphere. 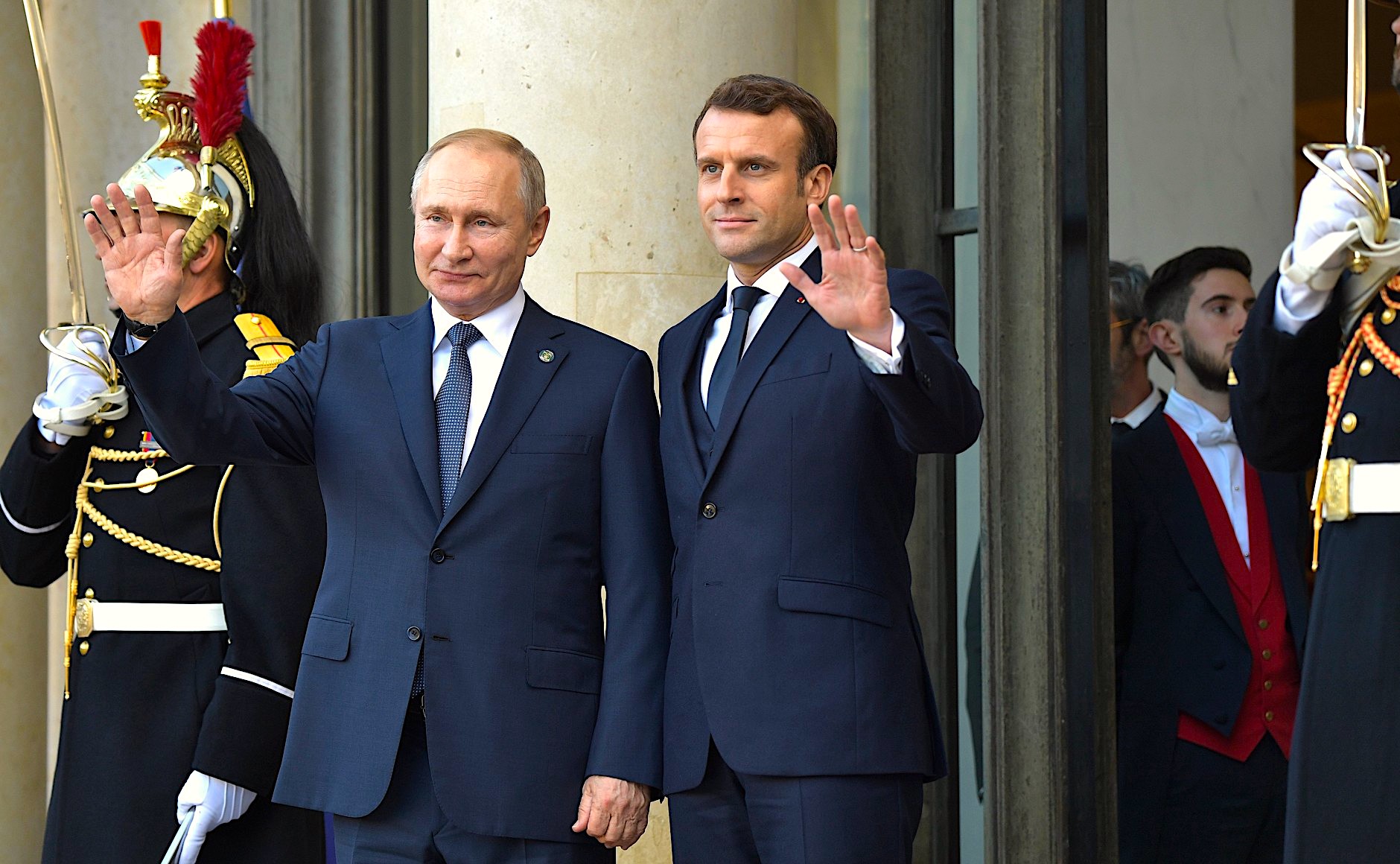 Macron has been at this stuff at least since he hosted the Group of 7 summit in Biarritz the summer before the one just past, when President Donald Trump suggested Russia be readmitted to a reconstituted G–8. “Pushing Russia away from Europe is a profound strategic mistake,” the French president told an assembly of French ambassadors in Paris shortly afterward. “We are living the end of Western hegemony.”

Macron has since said in an interview with The Economist, “What we are witnessing is the brain death of NATO.”

This is Europe speaking in a French accent, in my read. Other European leaders, notably Merkel, have signaled their resentment of Macron as an incautious upstart who talks out of turn and whose large, de Gaulle-like vision of Europe they find grandiose. I do not much buy this. Resentment of Macron in other European capitals is made mostly of envy because he has the youthful nerve (he is 42) to articulate forthrightly what others think but are only now finding the guts to say  even mutedly.

Let’s not forget Europe’s reaction when Trump made his famous messes at the G–7 and NATO summits in 2017, signaling U.S. withdrawal from the Paris climate accord and browbeating the Europeans on NATO contributions.

The Europeans were already on edge over the Russia sanctions that former President Barack Obama force-marched them into after Moscow re-annexed Crimea in response to the U.S.–cultivated coup in Ukraine. “Europe without the USA?” Corriere della Sera asked anxiously.

Merkel, ever the cautious Atlanticist, put it this way: “Recent days have shown me that the times when we could rely completely on others are over to a certain extent.”

There are plenty of reasons now to disapprove of Macron, a neoliberal to the core who rarely misses a chance to tighten the screws of austerity in an effort to dismantle what remains of French social democracy. But he is absolutely right in his implicit invocations of de Gaulle, who, in the name of European independence, withdrew from NATO in 1966 and forced U.S. troops off French soil.

We have, finally, the Pope’s outstanding performance at the Vatican last week. In so many words, Pope Francis told Mike Pompeo to perform the love act on himself when the American secretary of state opportunistically requested an audience as part of his campaign to draw the world into his Sinophobic paranoia.

One cannot approve more strenuously: It is not short of disgusting that a man who stirs hatred everywhere he goes, and who is responsible for the murder and starvation of millions, purports to do so while thumping the New Testament every virtue-signaling chance he gets.

On Saturday, Francis took things usefully further when he issued an encyclical laying into everything from the fraud of “trickle-down” economics to “this dogma of neoliberal faith,” income inequality, scandalously neglected health care systems, sequestered elites, and “the destructive effects of the empire of money.”

Citing early Christian teachings, he said, “If one person lacks what is necessary to live with dignity, it is because another person is detaining it.” Francis’s encyclical named no nations but didn’t have to. There are few innocents among us, but some nations are more guilty than others.

I offer this social Encyclical as a modest contribution to continued reflection, in the hope that in the face of present-day attempts to eliminate or ignore others, we may prove capable of responding with a new vision of fraternity and social friendship. #FratelliTutti pic.twitter.com/P3qso8k8qM

The Vatican has little immediate sway in European politics, but let us not miss the moral import of Francis’ energetic week. In his dismissal of the egregious Pompeo and his full-strength attack on the American-sponsored economic ethos prevalent in the West, he reflects European impatience with the U.S. while simultaneously clearing more ground for Europeans to stand independently from it.

In his remarks last week in Riga, Macron mentioned geography. There is a large point to be grasped here.

Europe’s eastern flank borders the non–West’s western flank. It shares a landmass that stretches from Shanghai to Lisbon. Across a small pond lies the Islamic world. Macron’s topic was destiny: If Europe is to (re)forge an identity for itself in the 21st century, it will be as the space where West and non–West meet and coexist by way of day-in, day-out negotiation in an infinitude of forms — political, diplomatic, commercial, cultural.

Why has it taken Europeans so long to find their feet and their voices? Why, why, why, one has asked in frustration over many years.

The best answer I have ever had came from Perry Anderson, the noted British writer and publisher, during an interview I conducted five years ago. (The two parts of our exchange are here.)

The last Europeans with any experience of an independent Europe, Anderson observed, were those who came of age and to office before World War II. This was the Churchill–de Gaulle generation. Postwar leaders, beginning with Konrad Adenauer and on through the long line of European presidents and prime ministers to follow, knew no condition other than dependence on Washington. Britain chose lap-dog status after the Suez debacle in 1956.

The Brits are pleased enough to continue debasing themselves, for reasons one cannot altogether fathom. But Europe now comes into a generation of leaders who knew little of the Cold War, just as their predecessors knew little of anything else. It is just as well Britain formally breaks from Europe this year, for the Continent seems to be “waking up,” gradually and with sleep in its eyes yet, but just as Macron has urged.

Patrick Lawrence, a correspondent abroad for many years, chiefly for the International Herald Tribune, is a columnist, essayist, author and lecturer. His most recent book is Time No Longer: Americans After the American Century (Yale). Follow him on Twitter @thefloutist. His web site is Patrick Lawrence. Support his work via his Patreon site.

25 comments for “PATRICK LAWRENCE: Europe Going Its Own Way”