Consortium News is virtually “inside” the courtroom at Old Bailey, viewing the proceedings by video-link and filed this report on Day Fourteen of Julian Assange’s resumed extradition hearing. 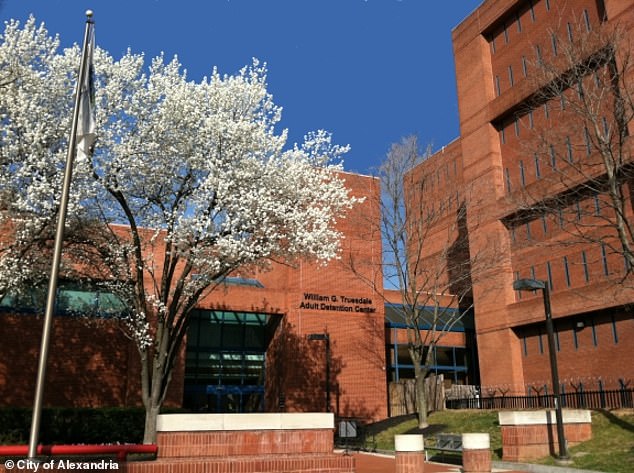 5:00 am EDT: Court is in session. First defense witness is attorney Yancey Ellis, testifying at 5 a.m. from Alexandria, Virginia.

6:37 am EDT: Ellis testified that from his experience with clients at the Alexandria Detention Center X Bloc, where prisoners are held in segregated detention, that Assange would be kept in a 50-foot cell, containing a shelf where he would sleep and a steel toilet and sink for 22 hours a day.

He would be let out for only 1 to 2 hours a day, when no other inmates are around. Ellis said it was impossible to speak through the steel doors with his clients unless both shouted at each other.

He said the only way to communicate was through the food tray slot, which was closed outside of meal time, meaning Ellis had to try to find a deputy to open the slot so he could converse with his client. Because of the steel doors and plexiglass windows with no openings it was impossible for inmates to communicate with each other.

Edward Fitzgerald QC for the defense asked him if Assange could be there for months or years. Ellis replied that he would be held there until his case is adjudicated by the judges in Alexandria. 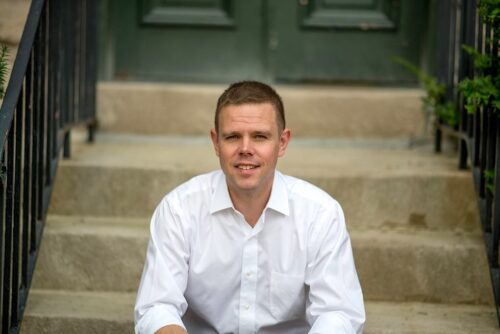 Fitzgerald then said that Gordon Kromberg, the assistant U.S. attorney, whose affidavit the prosecution has relied on, said that inmates in X Bloc could communicate with each other.

“It is almost impossible to speak through the door if the food tray slot is not open. It would not be possible for anyone to say that if he is familiar with the X Bloc,” Ellis said.  “That is the whole point of the X Bloc unit. He is supposed to be kept by himself.”

Fitzgerald then pointed out that Special Administrative Measures (SAMs) would be additional isolation on top of what Ellis had described. Ellis said he had no direct experience with SAMs but understood them to mean further restrictions on visits and communication with family and friends.

In X Bloc, prisoners could theoretically use the recorded telephone line during their 1 to 2 hours outside the cell, he said.

On the question of mental health care at the ADC, Ellis said there was no doctor on staff at the ADC, and only part-time contracted psychologists, mostly to monitor medication. He said no psychotherapy was available.

“Basically it is a social worker checking to see if you are maintaining a level of functioning,” Ellis said. 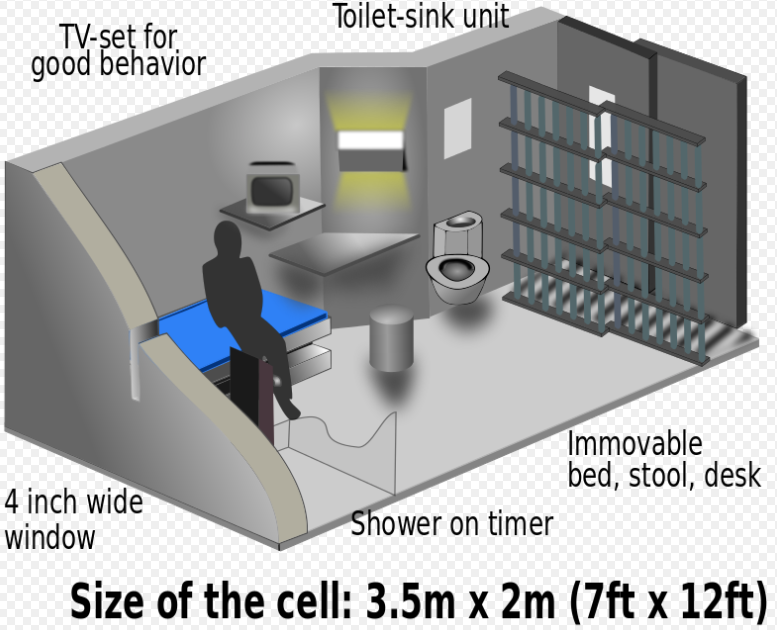 On cross examination, James Lewis QC tried to undermine Ellis’ criticism of Kromberg’s affidavit  by saying that Ellis did not know for sure if Assange would be held in X Bloc.

He established first that Ellis had never interviewed the warden, a psychologist or the staff about prison conditions, which seemed irrelevant as Ellis testified about the conditions that he had seen with his own two eyes on numerous visits to the jail.

Lewis asked if Ellis had ever seen the policy about how it is determined where an inmate will be housed. “I have requested those records before and can never get them,” Ellis said.

Lewis said, ” You can’t dispute the accuracy of Mr. Kromberg’s statement of how he would be assessed for housing at the ADC.”

“So you don’t know if he will be in administrative detention?”

“I can’t predict the future, but I would bet he would be put in administrative segregation,” Ellis said.

Lewis then asked him if he thought Assange’s case had generated huge publicity and huge public support.

“I would agree with the publicity,” Ellis said.

“And with the public support?”

Baraitser then asked Ellis a direct question. She wanted to know if the reason why Ellis thought Assange would be in solitary is simply because he is a high-profile case, as Ellis had indicated. She said that in Britain, despite being high-profile, Assange had spent most of his time in Belmarsh with the general population. Is it the case in the U.S. that high-profile inmates are segregated?

“I am just speaking from experience,” Ellis said. “In order to maintain a secure and safe environment, they do like to segregate them from general population. That has typically been the case.”

EDT 8:25 am: Joel Sickler, who has worked in sentence mitigation and prisoner advocacy for 40 years, took the stand for the defense.

Fitzgerald had him go through some of the same evidence Ellis testified to, including what an X Bloc cell looks like at the ADC.

Sickler said he’d never been inside one and was only told by lawyers who had and he referred to Ellis’ testimony. Sickler also said he had no direct experience of SAMs, only “SAMs-like” conditions with one client at ADX Florence in Colorado, where Assange might end up if convicted in the U.S.

Not to play armchair quarterback, one wonders why the defense called this witness as he merely repeated much of what Ellis said and he exposed for the prosecution this vulnerability of not having direct knowledge, which was promptly exploited by prosecutor Clare Dobbin on cross examination.

She essentially accused Sickler of violating the British rules on expert testimony for giving “hearsay” evidence on both X Bloc and SAMs.  That did not, however, undermine Ellis’ testimony, which is based on direct knowledge of conditions at ADC.

In his strongest moment on cross examination, Sickler quieted Dobbin by saying in fact he had accesses all the time to such records.

Dobbin tried to undercut his testimony by saying that those records only pertained to his clients, making him out only to be an advocate and not an academic or researcher on medical care for federal inmates.

Dobbin showed that Sickler could not say for certain if Assange would be put in SAMs. Only the Attorney General can determine that a prisoner must be put in Special Administrative Measures if the prisoner is determined to possess classified information that could threaten “national security” if released, Dobbin said. 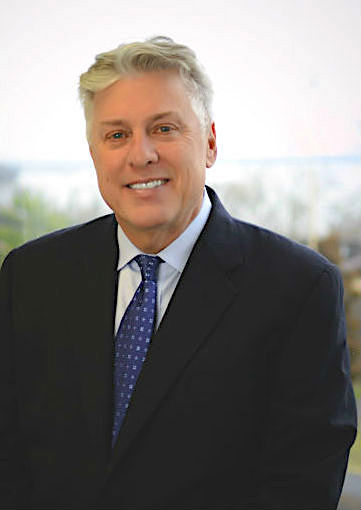 After lunch, Dobbin tried to paint a rosy picture of the U.S. prison system, and even of SAMs. She actually cited one report that said prisoners at the ADX Florence, Colorado prison, where Assange would go if convicted, did not want to leave the prison because they had formed close personal relations with the staff.

What Dobbin failed to say is whether they were refusing freedom or transfer to a more  notorious prison. Sickler responded: “If it’s such a great place why are so many prisoners dying to get out?” Later, under re-direct examination, he said that his own client at ADX was “begging to get out.”

He said that some prisoners may have become institutionalized to the point that they feel the prison is their home and they feel safe there. But he added that he found the report “incredulous.”

He tried to undermine this airy picture by speaking of a client whose serious mental health issues were denied at a Brooklyn detention center. After he acted up he was beaten by prison guards and only after a time he could get him transferred to Bellevue Hospital.

Dobbin praised the Bureau of Prisons for adopting 17 recommendations for reform that were proposed to it in a study. Sickler said that was good, but asked whether they were ever implemented. “It’s good on paper,” he said, “but the reality is often different.”

Underlying Dobbin’s argument is that the government is always to be trusted, that it has the good of the public always in mind and never has any self-interest. People in government have no career ambitions, budgets to fight for or reputations to build. Therefore whatever it says about its prison system is the absolute truth we must accept.

On redirect, Sickler was asked if he stood by his testimony that Assange would likely be sent to ADC and ADX, which Sickler had described as torturous places.  He said yes.

Fitzgerald asked him what kind of prisoners faced threats inside. Sickler said sex offendors, stool piegons and people with notoriety.

“People charged with espionage?” Fitzgerald asked. “It depends on the politics of the prisoners,” Sickler said.