Consortium News is virtually “inside” the courtroom at Old Bailey, viewing the proceedings by video-link and filed this report on Day Eleven of Julian Assange’s resumed extradition hearing.

US Tries to Undermine Doctor’s Testimony
About Assange’s ‘High Risk of Suicide,’
Alleging That Assange is Faking Mental Illness

8:41 am EDT:  Prof. Michael Kopelman has been sworn in, standing in the actual wooden stand of the court, as the defense’s first witness on Tuesday.  Kopelman is a professor of neuropsychology at King’s College, London. He testified after visiting Assange 17 times in Belmarsh that Assange is suffering from severe depression with loss sleep, appetite and weight loss. He also found a high risk of suicide “if extradition appears imminent.”  Kopelman said Assange has had a history of clinical depression and said his risk of suicide would increase if extradition was about to happen.

Consortium News is limiting the detail of testimony about Assange’s mental health conditions after an appeal from Kopelman and defense attorney Edward Fitzgerald to the media to do so.

Of all the efforts of the defense to prevent Assange’s extradition, this testimony might have the greatest effect on the court. Ruling against extradition on medical grounds would it seems bypass the political controversies in this case. 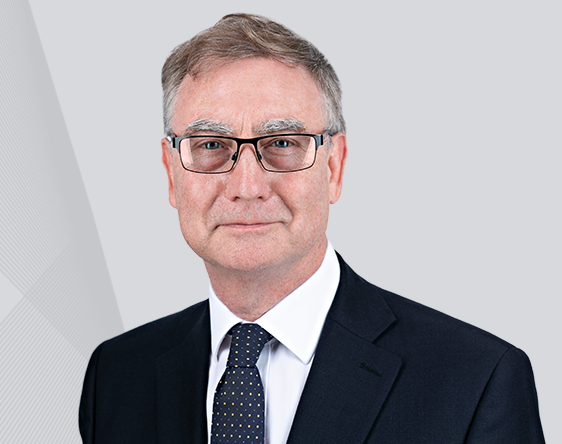 On cross examination Lewis tried to question Kopleman’s credentials, saying he was not a forensic psychiatrist, who work in prisons. Kopelman retorted that he had spent time in many prisons and that even Lewis had once urgently called upon him for his expert testimony in an extradition case. That brought laughter in the courtroom, even from Judge Baraitser.

Lewis’ main focus in cross examination was to establish that Assange may be exaggerating or faking his mental condition during his examinations by Kopleman.  In particular, Lewis grilled Kopleman on an incident in which Assange said he concealed a razor blade and two cords in his Belmarsh prison cell, but the incident was never recorded in prison records.

Kopelman admitted never trying to verify the story with prison authorities, though he said Assange reported it to a nurse, who discussed it with other Belmarsh officials, and Assange was put back on a medication.  A distinct impression was left in the courtroom at a break that Assange may have been faking that incident.

Lewis then told of an incident reported in written testimony by Kopelman of two cords Assange had hidden in his cell that were removed. The prosecutor wanted to know why this incident was not in the prison record.

Lewis: “It beggars belief the authorities would not have put that in their notes.”

Kopelman: “It is surprising they are not there.”

Lewis: “So you rely on the razor and cords as indication of suicide. If this didn’t happen it would alter your diagnosis.”

Kopelman: “But he has clinical depression independent of whether a razor was found. He has reported his intense suicidal preoccupations, he wrote farewell letters and a will, that I corroborated, and the other day pills were found in his cell.”

Lewis: “These factors are self reported by Mr. Assange.”

Kopelman said at one point that Assange had been given a test designed to detect if a patient is exaggerating an illness or malingering (and he later on re-direct said Assange had passed such a test.)

“Was that the Minnesota test?” Lewis asked.

“The TOMM is not a test for malingering,” Lewis arrogantly shot back.

“Yes it is,” Kopelman said. “TOMM stands for Test of Memory Malingering.”

It was a rare instance of Lewis being reduced to humiliated silence. 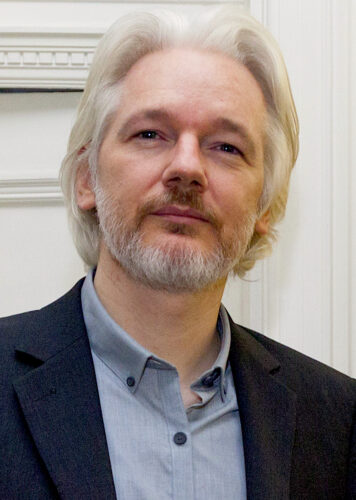 Lewis then went through the history of notes written by other psychiatrists who evaluated Assange at Belmarsh. Nearly all of them contradicted Kopelman’s assessments.  They show Assange friendly, cooperative, worried about his case, taking exercise, playing pool with other inmates and not speaking of self-harm.

“This is not the behavior of a man who is severely depressed with psychosis and thinks hundreds of times a day of committing suicide, is it Professor?” Lewis asked, citing the professor’s testimony.

Kopelman firstly that said that all these notes were written before he had seen Assange for the first time on May 31, 2019; that Assange’s mental condition deteriorated after he was put in isolation on July 18, 2019 and that Assange had expressed to Kopelman that he was reluctant to tell anyone about his mental state out of embarrassment and fear of what the consequences might be.

“Assange was very reluctant to talk to staff about his suicidal plans because he feared he’d be on constant watch or put in isolation. It depends on who he is speaking to. He has been more revealing to me,” Kopleman said.

Lewis established that when Assange was first brought to Belmarsh he refused to answer questions about his mental state and then refused to see a psychiatrist until he had spoken to his legal team. Lewis also made a point of saying that Assange was a reader of the British Medical Journal.

“Surely alarm bells should have rung that a very intelligent man with a strong incentive to feign symptoms would not agree to see a psychiatrist until he saw his legal team?” Lewis said.

Kopelman responded that Assange had read the medical journal because he was concerned about his health.

Lewis: “On 19 May he played pool with other inmates. That is not consistent with a man who is not able to function or who thinks of suicide 100 times a day.”

Kopelman: “It doesn’t rule it out.”

Lewis:  “Are you serious professor?”

Kopelman: Yes. It is not consistent with the severest depression, but I wasn’t seeing him at that time.”

Inmates, Kopelman said, can play pool but “collapse in their cell and feel miserably.”

Lewis then took a very questionable line of inquiry, trying to demonstrate that because Assange has “paid very close attention” to the proceedings, to the point where he was able to make comments in the courtroom, that he was not suffering from severe depression.

Kopelman tried to explain to Lewis that even someone suffering from such depression can make rational statements.  He also told Lewis that he could not make an evaluation of Assange based on his behavior in court without examining him again.

It appeared at one point that Kopelman, who was clearly chafing under Lewis’s tactics, would unleash on the prosecutor and at one point said, “You are a lawyer, I am a neuropsychiatrist.”

Trying to Tie Kopelman to Melzer 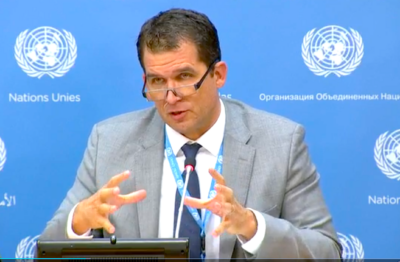 Lewis then curiously asked a series of questions about the report of Nils Melzer, the UN special rapporteur on torture, who visited Assange last year in Belmash with a physician and a psychiatrist. Lewis went on about how false Melzer’s report was in stating, for instance, that nations were ganging up on Assange and that there had been threats of violence and even assassination from officials.

“Melzer accused the U.S., UK, Sweden and Ecuador of contributing to a campaign of public mobbing, defamation and also powerful political insults, humiliation, open threats and instigation of violence and assassination.” Lewis said, calling this “palpable nonsense.”  He castigated Kopelman for associating himself with such a report in his testimony and of “cherrypicking” from it.

Lewis: “Some parts are palable nonsense, then you quote the other parts.”

Kopelman: “I used the parts from the psychiatrist. I did not rely on it. I did not deal with the political parts, that’s not my area of expertise.”

As far as threats of violence and assassination being “palpable nonsense”:

After Lewis appeared to expose Kopelman for not corroborating Assange’s story of having had a razor and cords as possible instruments of suicide, and thus of Assange “faking” his depression, defense attorney Edward Fitzgerald told the court that the defense will soon be producing that corroborating evidence.

“The prosecution is trying to say that Julian is making it up, which I find appalling,” Kristin Hrafnasson, WikiLeaks editor-in-chief, told journalists outside Old Bailey.