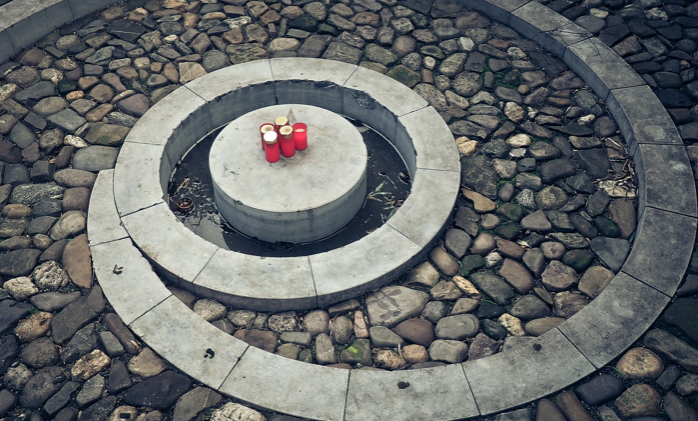 On Friday, Sept. 18, Professor Steve Cohen passed away in New York City and we, the “dissident” community of Americans standing for peace with Russia – and for peace with the world at large – lost a towering intellectual and skillful defender of our cause who enjoyed an audience of millions by his weekly broadcasts on the John Batchelor Show, WABC Radio.

A year ago, I reviewed his latest book, War With Russia? which drew upon the material of those programs and took this scholar turned journalist into a new and highly accessible genre of oral readings in print.  The narrative style may have been more relaxed, with simplified syntax, but the reasoning remained razor sharp. I urge those who are today paying tribute to Steve, to buy and read the book, which is his best legacy.

From start to finish, Stephen F. Cohen was among America’s best historians of his generation, putting aside the specific subject matter that he treated: Nikolai Bukharin, his dissertation topic and the material of his first and best known book; or, to put it more broadly, the history of Russia (U.S.S.R.) in the 20th century. 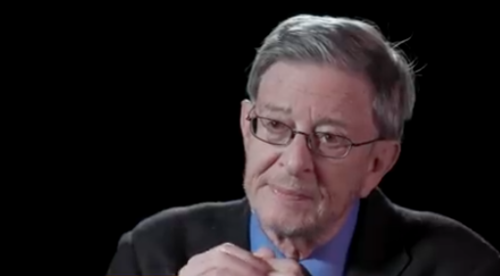 He was one of the very rare cases of an historian deeply attentive to historiography, to causality and to logic.  I understood this when I read a book of his from the mid-1980s in which he explained why Russian (Soviet) history was no longer attracting young students of quality:  because there were no unanswered questions, because  we smugly assumed that we knew about that country all that there was to know. That was when our expert community told us with one voice that the U.S.S.R. was entrapped in totalitarianism without any prospect for the overthrow of its oppressive regime.

American Committee for East West Accord

But my recollections of Steve also have a personal dimension going back six years or so when a casual email correspondence between us flowered into a joint project that became the launch of the American Committee for East West Accord (ACEWA).

This was a revival of a pro-détente association of academics and business people that existed from the mid-1970s to the early 1990s, when, following the collapse of the Soviet Union and the removal of the Communist Party from power, the future of Russia in the family of nations we call the “international community” seemed assured and there appeared to be no further need for such an association as ACEWA.

I hasten to add that in the original ACEWA Steve and I were two ships that passed in the night.  With his base in Princeton, he was a protégé of the dean of diplomats then in residence there, George Kennan, who was the leading light on the academic side of the ACEWA.

I was on the business side of the association, which was led by Don Kendall, chairman of Pepsico and also for much of the 1970s chairman of the US-USSR Trade and Economic Council of which I was also a member. 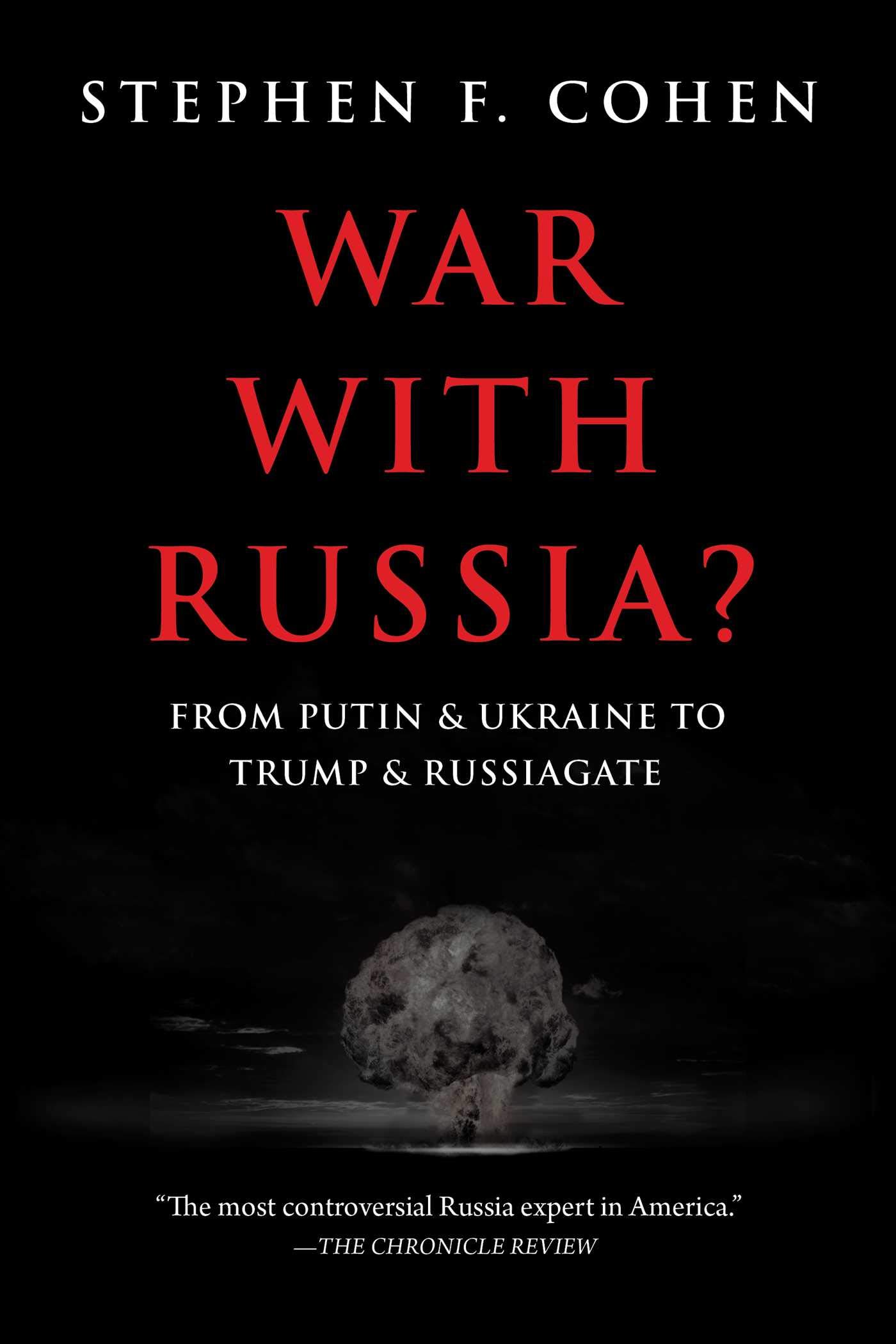 I published pro-détente articles in their newsletter and published a lengthy piece on cooperation with the Soviet Union in agricultural and food processing domains, my specialty at that time, in their collection of essays by leaders in the U.S. business community entitled Common Sense in U.S.-Soviet Trade.

The academic contingent had, as one might assume, a “progressive” coloration, while the business contingent had a Nixon Republican coloration. Indeed, in the mid-1980s these two sides split in their approach to the growing peace movement in the U.S. that was fed by opposition in the “thinking community” on university campuses to Ronald Reagan’s Star Wars agenda.

Kendall shut the door at ACEWA to rabble rousing and the association did not rise to the occasion, so that its disbanding in the early ‘90s went unnoticed.

In the re-incorporated American Committee, I helped out by assuming the formal obligations of treasurer and secretary, and also became the group’s European coordinator from my base in Brussels.

At this point my communications with Steve were almost daily and emotionally quite intense.  This was a time when America’s expert community on Russian affairs once again felt certain that it knew everything there was to know about the country, and most particularly about the nefarious “Putin regime.” 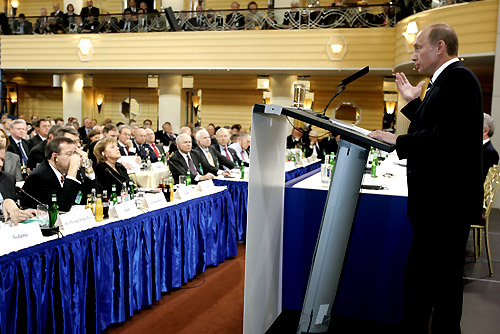 But whereas in the 1970s and 1980s, polite debate about the U.S.S.R./Russia was entirely possible both behind closed doors and in public space, from the start of the Information Wars against Russia during the George W. Bush administration following Putin’s speech at the Munich Security Conference in February 2007, no voice questioning the official propaganda line in America was tolerated.  Steve Cohen, who in the 1990s had been a welcome guest on U.S. national television and a widely cited expert in print media suddenly found himself blacklisted and subjected to the worst of McCarthyite style, ad hominem attacks.

From my correspondence and several meetings with Steve at this time both in his New York apartment and here in Brussels, when he and Katrina van der Heuvel came to participate in a round table dedicated to relations with Russia at the Brussels Press Club that I arranged, I knew that Steve was deeply hurt by these vitriolic attacks.

He was at the time waging a difficult campaign to establish a fellowship in support of graduate studies in Russian affairs. It was touch-and-go, because of vicious opposition from some stalwarts of the profession to any fellowship that bore Steve’s name.

Allow me to put the “i” on this dispute: the opposition to Steve was led by experts in the Ukrainian and other minority-peoples sub-categories of the profession who were militantly opposed not just to him personally but to any purely objective, not to mention sympathetic treatment of Russian leadership in the territorial expanse of Eurasia.

In the end, Steve and Katrina prevailed. The fellowships exist and, hopefully, will provide sustenance to future studies when American attitudes towards Russia become less politicized.

At all times and on all occasions, Steve Cohen was a voice of reason above all.  The problem of our age is that we are now not only living in a post-factual world, but in a post-logic world.  The public reads day after day the most outrageous and illogical assertions about alleged Russian misdeeds posted by our most respected mainstream media including The New York Times and The Washington Post. Almost no one dares to raise a hand and suggest that this reporting is propaganda and that the public is being brainwashed. Steve did exactly that in War With Russia? in a brilliant and restrained text.

Regrettably today we have no peace movement to speak of.  Youth and our ‘progressive’ elites are totally concerned over the fate of humanity in 30 or 40 years’ time as a consequence of Global Warming and rising seas. That is the essence of the Green Movement. Almost no one outside our ‘dissident’ community is concerned about the possibility of Armageddon in say two years’ time due to miscalculations and bad luck in our pursuing economic, informational and military confrontation with Russia and China.

I fear it will take only some force majeure development such as we had in 1962 during the Cuban Missile Crisis to awaken the broad public to the risks to our very survival that we are incurring by ignoring the issues that Stephen F. Cohen, professor emeritus of Princeton and New York University was bringing to the airwaves week after week on his radio program.

Gilbert Doctorow is an independent political analyst based in Brussels.

This article is from gilbertdoctorow.com.