Consortium News is virtually “inside” the courtroom at Old Bailey, viewing the proceedings by video-link and we filed this report on Day Ten of Julian Assange’s resumed extradition hearing. 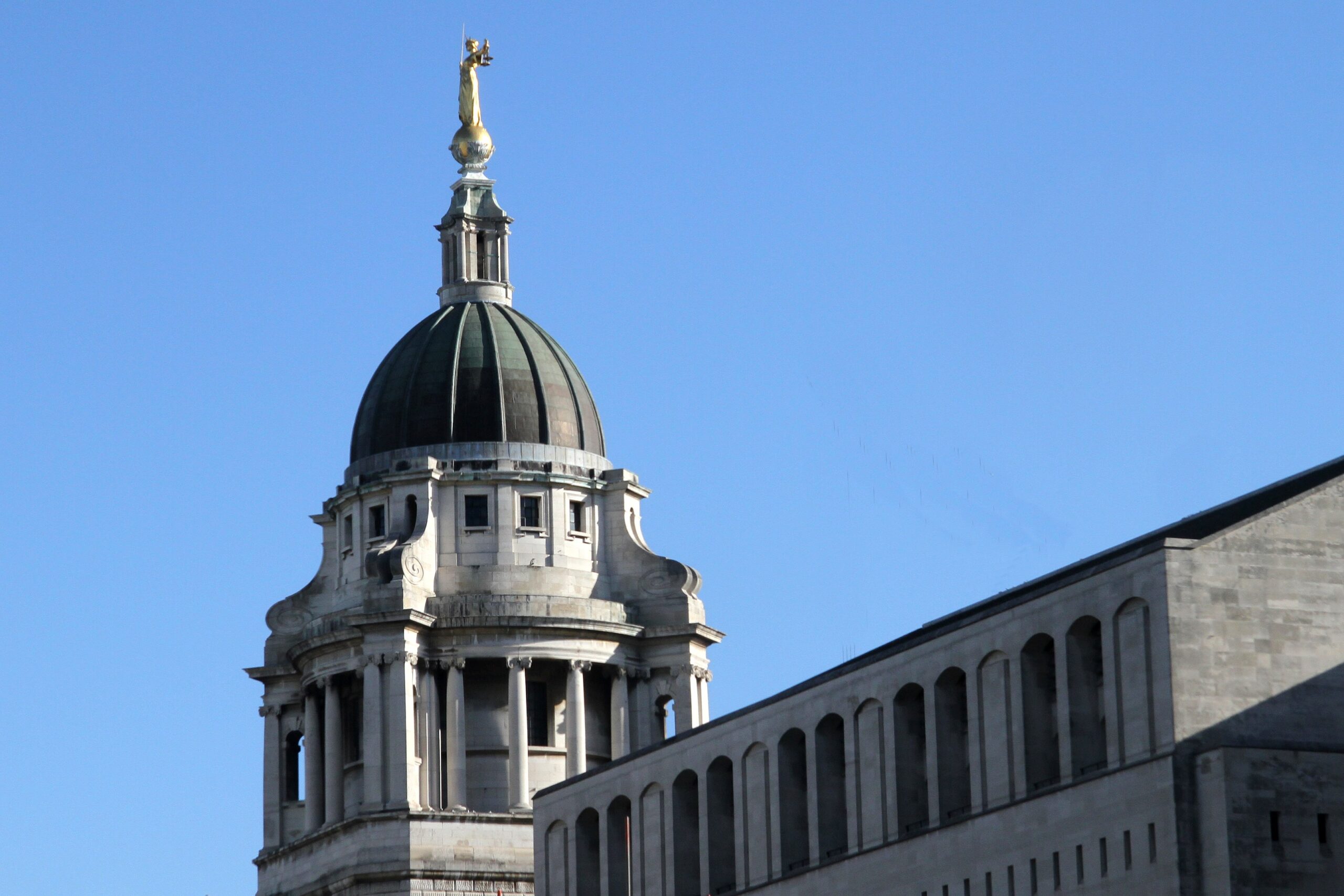 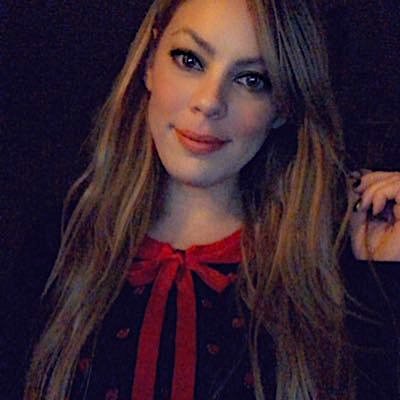 Fairbanks said she learned in October 2018 directly from Arthur Schwartz, a Trump backer and member of the president’s inner circle, that the U.S. would have Assange taken from the Ecuadorian embassy; that he would only be charged with the Chelsea Manning leaks and not for the Vault 7 CIA or DNC email releases; that the U.S. would again go after Manning to testify against Assange; that Richard Grenell, then U.S. ambassador to Germany and later director of national intelligence, had worked out a deal with Ecuador to hand Assange over, that the order to get Assange had come directly from Trump and that the U.S. would not seek the death penalty to make extradition possible.

All of these things came true, Fairbanks’ testified. Armed with this information she traveled to London from Washington and met with Assange at the embassy where she revealed these details to him.

Upon return she says she was contacted by Schwartz who was furious because he learned of her informing Assange, evidently through surveillance at the embassy.  When she tweeted about this Grenell contacted her employer at The Gateway Pundit and tried to have her fired. A panicked Schwartz informed her that there was an investigation into who leaked this information to her.  Fairbanks has posted the audio recording of Schwartz’s call in which he fears going to jail.

She testified that Schwartz said Assange and everyone else at WikiLeaks should get “lethal injections.”

Her testimony was read by defense lawyer Edward Fitzgerald after the government objected. But defense argued that hearsay rules do not apply to political testimony.  Her testimony, especially of Trump’s role, bolstered the defense argument that Assange’s prosecution is political and therefore violates the U.S.-UK extradition treaty.

It was probably best for the prosecution to forgo cross examination, say nothing and just let Fairbanks’ testimony be read in court.  She stated she was a WikiLeaks supporter so the prosecutor couldn’t go after her for hiding bias.  It would have been difficult to pick apart her testimony, especially as she has recordings. And the prosecution would not have wanted to go near surveillance at the embassy nor that Trump ordered the arrest.

9:38 am EDT: Prosecution argued it only learned in the morning of the next scheduled defense witness, journalist Andy Worthington, and did not have sufficient to time to prepare cross examination. Extraordinary, as the prosecution has repeatedly been told by defense witnesses that they are being sent a bundle of prosecution documents sometimes only hours before they were to testify, giving them no time to prepare for cross examination.

It appears Worthington will not appear as a witness and that journalist Cassandra Fairbanks may be up next.

US Concedes WikiLeaks Was Not First
to Publish Unredacted Diplomatic Cables;
But Says it Had Widest Reach

8:24 am EDT: The prosecution Monday morning was trying to establish that even if WikiLeaks was not the first to publish the unredacted State Department cables containing informants’ names (even though only Julian Assange is the only one being prosecuted for it), it made WikiLeaks more liable than others who published first because WikiLeaks has a larger reach on the internet and included a search engine with the files, unlike those who published the cables before it.

It is a curious argument from the government in that until this point it tried to establish that WikiLeaks was first, or the only one, to publish. The indictment against Assange makes no mention of the chronology of publishing, which is crucial because as the defense is trying to establish, WikiLeaks would not have published the unredacted archive at all if others had not done so first. It could amount to selective prosecution.

The turn in prosecution argument is similar to it dropping its contention that Assange is not a journalist by making it clear that the U.S. is not precluded from charging a member of the media for disclosing national defense information. 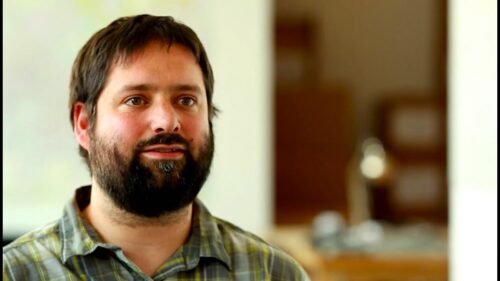 7:20 am EDT: Defense witness Christian Grothoff, a professor of computer science at Bern University, Switzerland has laid out the chronology of the publication of the unredacted State Dept. cables that are at the heart of this case.

He traces it back to the publication of the password in the Feb. 2011 book by David Leigh and Luke Harding. Grothoff then explained that the German publication Freitag wrote on Aug. 25, 2011 about the password being available in the book, which led to the cables being published on Aug. 31 on a torrent site, followed by their publication by Cryptome.org on Sept. 1.

WikiLeaks then published it on Sept. 2.  Grothoff testified that WikiLeaks was a “responsible publisher” that tried to protect the unredacted cables.  Defense attorney Mark Summers on direct asked Grothoff if the files were still available on Cryptome.

Summers: “Was Cryptome ever prosecuted for this?”

Grothoff: “The defense never provided me with information, no.”

On cross examination, prosecutor Joel Smith attempted, as the prosecution has with virtually every defense witness, to undermine Grothoff’s impartiality.

Smith: “Can you think of anything that shows you are not impartial?”

Grothoff: “I don’t know what you are thinking about. Obviously we know that Mr, Assange did publish information about war crimes by governments, which makes him a sympathetic character. But that does not make me partial.”

Smith then said that Grothoff had signed an open letter to President Donald Trump in 2017 asking that he end the grand jury and drop all charges against Assange because of the threat to press freedom it represented.  Grothoff said he didn’t remember signing the letter.

Grothoff:  “I have a view that this prosecution is unfair but I only  tried to look if there was a case for the prosecution and I did not find it.”

Smith: “You are biased, you are partial.”

Grothoff: “No you are confusing actions WikiLeaks took to hide these cables. So when you say WikiLeaks published these cable first, you are wrong and did not do your homework. It is unfair to accuse Mr. Assange of publishing those cables.”

Smith: “When you first signed that letter did you have knowledge of the release of the unredacted cables?”

Grothoff: “Yes. Even at that time it seemed clear to me the primary publisher was not WikiLeaks because they were known for being responsible. So I had knowledge it lost control of the cables.”  On cross examination, Mark Summers for the defense, said that among other signers of the letter to Trump were former U.S. military and intelligence figures, judges and members of the German Bundestag.

The prosecution brought up an open vote that WikiLeaks conducted on Twitter and Facebook on Sept. 1, 2011, after the files had been published on Kryptome. The vote was on whether or not WikiLeaks should also now release the cables.  Smith told the court that the “global vote” was 100 to 1 to publish.

What was not raised by the defense on re-direct examination is that the main reason given during the debate before the vote was that governments would be most likely to find the files on Cryptome, or decrypt the files themselves from the password that Leigh had made available, and that WikiLeaks wanted to use its wider reach to alert informants whose names had been revealed to seek safety.

Grothoff had testified on direct examination that Assange had been extremely reluctant to give Leigh the pass code to the entire unredacted archives, but eventually gave in. On redirect, Summers read a passage from Leigh’s book in which The Guardian journalist pressured Assange to give him the entire cache. Assange had offered to give Leigh 50 percent of the archive. Leigh and Harding wrote:

“Leigh refused. All or nothing, he said. ‘What happens if you end up in an orange jump-suit en route to Guantánamo before you can release the full files?’ In return he would give Assange a promise to keep the cables secure, and not to publish them until the time came.”

Grothoff said he saw mention of Guantanamo as part of the pressure that WikiLeaks had been put under.  At the time, on Sept. 1 2011, The Guardian issued a statement:

“It’s nonsense to suggest the Guardian’s WikiLeaks book has compromised security in any way.

“Our book about WikiLeaks was published last February. It contained a password, but no details of the location of the files, and we were told it was a temporary password which would expire and be deleted in a matter of hours.

“It was a meaningless piece of information to anyone except the person(s) who created the database.

“No concerns were expressed when the book was published and if anyone at WikiLeaks had thought this compromised security they have had seven months to remove the files. That they didn’t do so clearly shows the problem was not caused by the Guardian’s book.”

It is possible this was all a screw up. It’s also possible that no one at WikiLeaks saw the book until the Freitag article.

The prosecution appeared to be trying to muddy the waters by bringing up 133,000 diplomatic files that WikiLeaks published in August 2011, before the released of the unredacted cables. These files came from the U.S. missions in numerous countries including Iran, China, Russia, Israel, Yemen, Syria, Australia, Bahrain and Zimbabwe. Grothoff testified that he analyzed all of these files and found that none were classified.

5:01 am EDT:  Court is in session. First defense witness is Christian Grothoff, a professor of computer science at Bern University, Switzerland. Network security and cryptography are his specialities. He was asked to investigate of the unredacted chache of diplomatic  cables in September 2011.