A new documentary by Juan Passarelli can be seen here on Consortium News, followed by a panel discussion with Passarelli, director Ken Loach and filmmaker Suzie Gilbert. 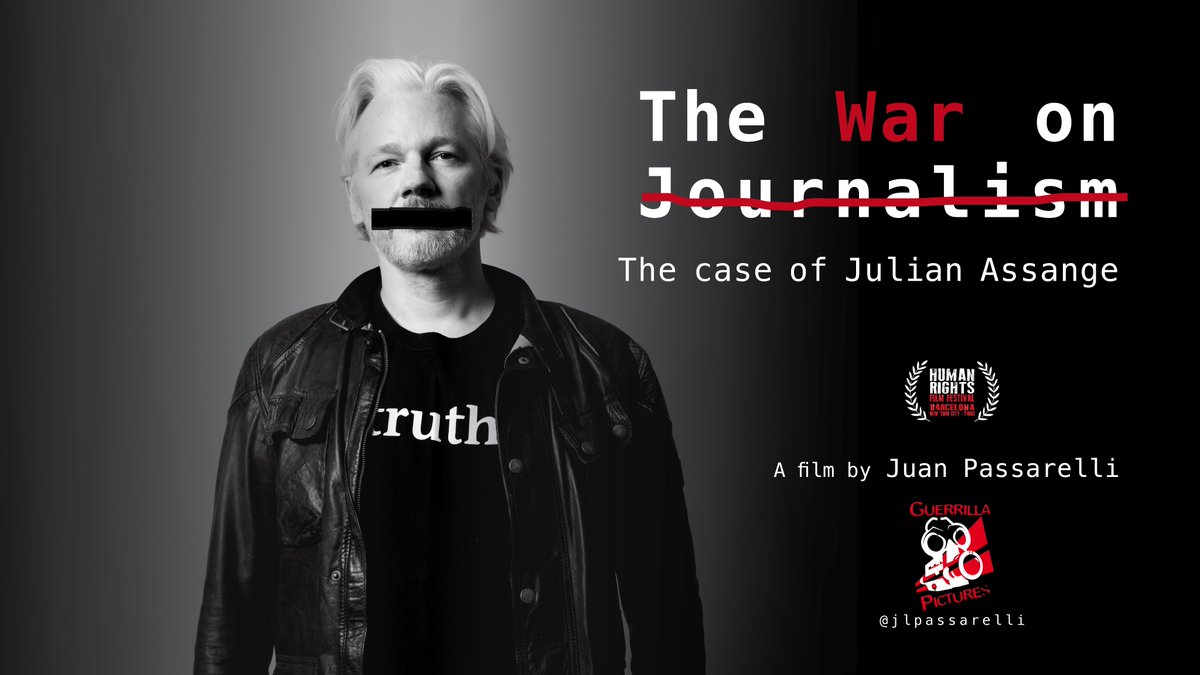 Journalists are under attack globally for doing their jobs. Julian Assange is facing a 175 year sentence for publishing if extradited to the United States. The Trump administration has gone from denigrating journalists as ‘enemies of the people’ to now criminalizing common practices in journalism that have long served the public interest.

Imprisoned WikiLeaks founder and editor Assange’s extradition is being sought by the Trump administration, in a hearing to begin Sept. 7,  for publishing U.S. government documents, which exposed war crimes and human rights abuses. He is being held in maximum security HMP Belmarsh in London. There is a war on journalism and Julian Assange is at the centre of that war. If this precedent is set then what happens to Assange can happen to any journalist. Join director Ken Loach and film-maker Suzie Gilbert for a discussion with Juan Passarelli about his new documentary – The War on Journalism: The Case of Julian Assange.