Democrat Eliot Engel said the decision follows the U.S. secretary of state’s refusal to hand over records related to the impeachment proceedings. 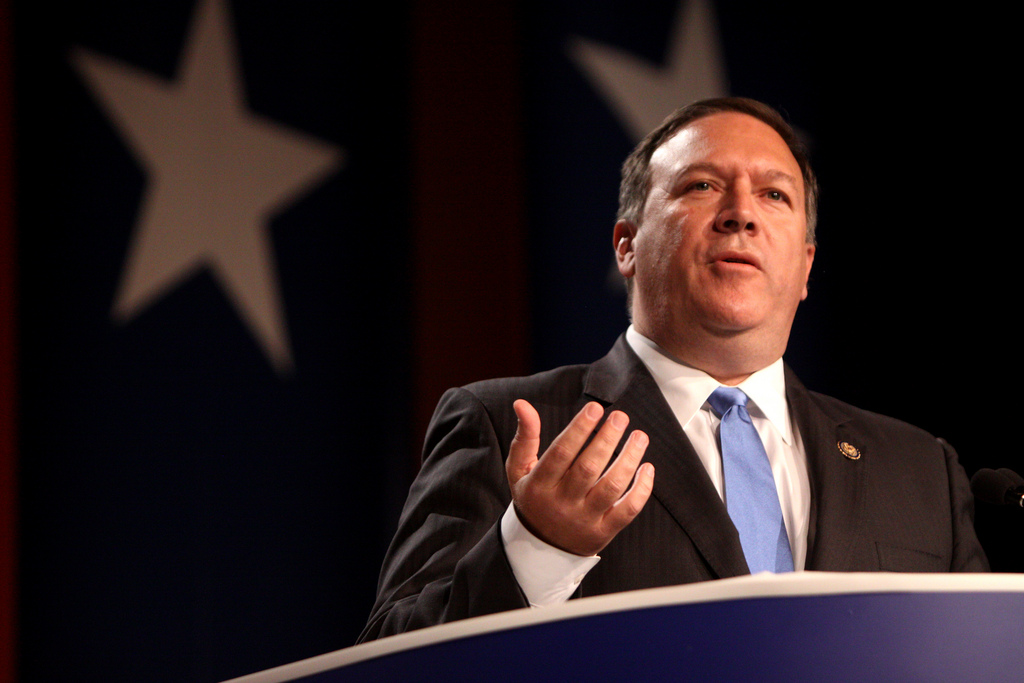 The Democrat-controlled House Foreign Affairs Committee announced Friday that it is launching contempt proceedings against Secretary of State Mike Pompeo over his “alarming disregard” for the law and ongoing defiance of subpoenas for documents in two separate investigations.

Rep. Eliot Engel (D-N.Y.), chairman of the House Foreign Affairs Committee, said in a statement that Pompeo “seems to think the office he holds, the department he runs, the personnel he oversees, and the taxpayer dollars that pay for all of it are there for his personal and political benefit.”

“From Mr. Pompeo’s refusal to cooperate with the impeachment inquiry to his willingness to bolster a Senate Republican-led smear against the president’s political rivals to his speech to the [Republican National Convention] which defied his own guidance and possibly the law, he has demonstrated alarming disregard for the laws and rules governing his own conduct and for the tools the Constitution provides to prevent government corruption,” said Engel, who was defeated by progressive educator Jamaal Bowman in New York’s June primary.

Engel said his panel had “no further option but to begin drafting a resolution finding Secretary Pompeo in contempt of Congress” after the nation’s top diplomat refused to hand over records related to the impeachment proceedings against President Donald Trump.

The New York Democrat also pointed to Pompeo’s withholding of documents purportedly related to Democratic presidential nominee Joe Biden — records that the secretary of state has already given to two Republican-led Senate committees. In a statement announcing a subpoena for the documents last month, Engel accused Pompeo of turning the State Department “into an arm of the Trump campaign.”

“After trying to stonewall virtually every oversight effort by the Foreign Affairs Committee in the last two years,” said Engel, “Mr. Pompeo is more than happy to help Senate Republicans advance their conspiracy theories about the Bidens.”

Acting Assistant Secretary of State Ryan Kaldahl informed Engel in a letter (pdf) Thursday that Pompeo does not intend to comply with the subpoena.

Following Engel’s announcement of the contempt proceedings, Rep. Ilhan Omar (D-Minn.), a member of the House Foreign Affairs Committee, tweeted Friday that “you don’t get to repeatedly defy congressional subpoenas and undermine the Constitution with no consequences.”

The contempt proceedings come as Pompeo is also under investigation by Rep. Joaquin Castro (D-Texas) — vice chair of the House Foreign Affairs Committee — for addressing the Republican National Convention this week while on a taxpayer-funded trip to Jerusalem.

“The Trump administration and Secretary Pompeo have shown a gross disregard not only of basic ethics, but also a blatant willingness to violate federal law for political gain,” Castro said in a statement Tuesday. “Congress has a responsibility to stand up for the rule of law and hold them accountable for this corrupt behavior.”

← WATCH: The War on Journalism: The Case of Julian Assange
US Sanctions Russian Research Institute that Developed COVID-19 Vaccine →