Looking beyond the distractions, one can see what really matters, like detecting cancer. 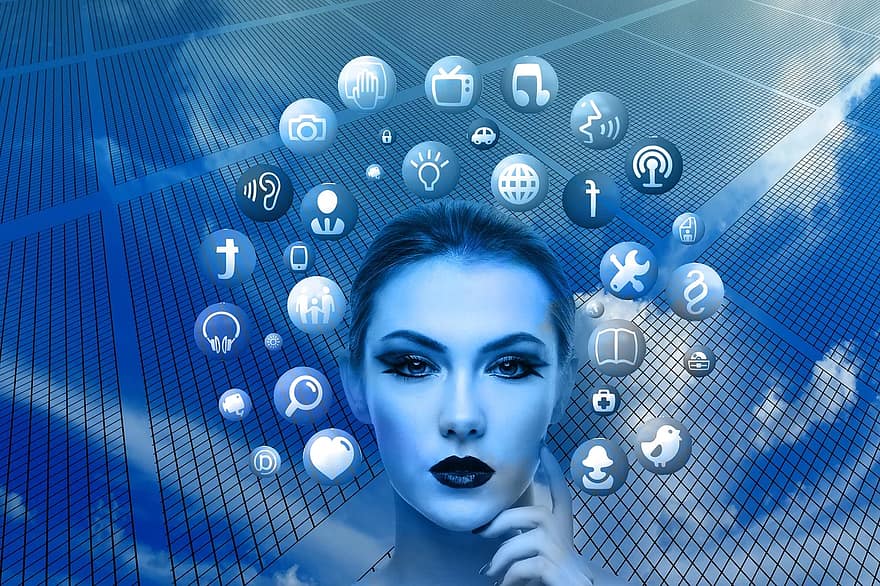 This is what fills our field of vision. It consumes our thoughts, overflows our brains with anti-intellectual mud. Yet most of these things are the bug splatter across the windshield. They are not the actual highway, the path forward, actually deserving of our focus.

Looking beyond these distractions, one can see what really matters. The true stuff of life and death and oppression and justice. Most of it is not “trending” on Twitter. Most of it doesn’t get the meme treatment. None of it is matched with dance numbers, going viral on Tik-Tok. But it’s there. Waiting. Waiting for most of us to care. Waiting for us to evolve.

I believe one of those issues is the fact that scientists just cured cancer. …Well, not quite. … But kinda.

They found a way to detect cancer years before symptoms arise, which generally means when it’s exponentially more treatable. Hypothetically this could save millions upon millions of lives. So why is it not plastered all over our nightly news? Why can I still flip on a cable news show without hearing about this??

The cold hard truth is there’s not enough money in stopping cancer quickly. No, not much money at all. Far better to drag cancer ooouuuuut — keep it goin’ — like a bad relationship. Why get divorced quickly and move on? Better to make each other miserable for a couple years, arguing over who gets stuff neither of us cares about — like that old armchair, cookbooks we’ve never used, torn drapes, the kids, etc.

I’ll get to how scientists can now predict cancer in a moment. But let’s back up. According to the National Cancer Institute, “In 2020, roughly 1.8 million people will be diagnosed with cancer in the United States. And an estimated 606,520 people will die of cancer this year in the U.S.”

Six hundred thousand people. That’s more than watched the Avengers movies! (Not really. Actually way more watched the Avengers. But still, you get the point.) And for now let’s ignore that a lot of that cancer is caused by massive corporations utterly destroying our natural world, dumping oil and toxins in our faces. (I’ll cover that some other time when, you know, it’s a slow news day or I have, like, a Tuesday off for a little “me-cation,” as I call it, when I like to paint my toenails.)

“In 2017, globally 9.6 million people were estimated to have died from the various forms of cancer. Every sixth death in the world is due to cancer, making it the second leading cause of death…”

Second only to eating White Castle and then listening to a Kanye West presidential campaign speech. Point is cancer kills a lot of people. Many of the most fatal cases are because people don’t realize they have it until it’s too late. Well, Scientific American reports a new experimental blood test detects cancer four years before symptoms emerge. Four full years. They tested “…more than 123,000 healthy individuals in Taizhou, China, which required building a specialized warehouse to store the more than 1.6 million samples they eventually accrued.” (That must be a truly gross warehouse. Samples of what?)

Over the following 10 years, around 1,000 participants got cancer and using the new blood test, the researchers knew up to four years in advance which participants would get it with a 90 percent accuracy. They knew! The researchers looked at the test and said, “This person will get cancer years from now.” I find this utterly incredible and you should too. Having the capability to know who is going to get cancer long before symptoms arise would save millions of lives. So why aren’t we rushing this through? This could save more lives than curing Coronavirus. Why have I only seen one article about it? Why is it not plastered across Brian Williams’ forehead or Sean Hannity’s tits? 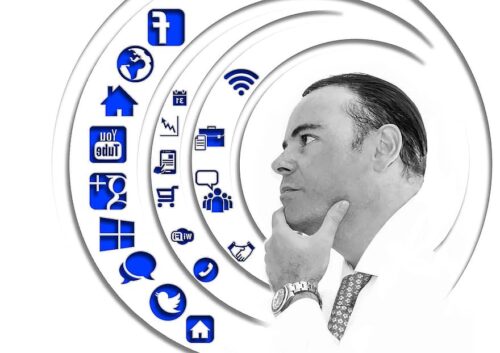 Could it be — hypothetically — that there’s not wall-to-wall reporting on this because there’s too much money in treating cancer?

Most people cannot comprehend how much Americans spend on cancer treatment. A 2018 study in the American Journal of Medicine found that 42 percent of new cancer patients spent their whole life savings in just two years after they first got their diagnosis. Furthermore, “…the direct medical costs from cancer exceed $80 billion [per year] in the United States. …more than 50% of cancer patients at some point experience bankruptcy and house repossession…”

Spent every year by Americans trying to survive cancer.

For the people making money from this, getting rich from this, buying gourmet steaks for their pure-bred dog that wins contests that shouldn’t exist — for those people, letting go of that money is not on the agenda. And they know it would look bad to run around chanting, “Don’t cure cancer! I have three mortgages and yacht payments! What do we want? CANCER! When do we want it? NOW!” They know that looks bad. So instead big pharma and big insurance and the big Wall Street players — they quietly avoid funding the kind of research that would help end cancer as opposed to treating cancer. And this is not a conspiracy theory. We have the proof. The leaked Goldman Sachs memo to top investors telling them not to invest in cures because curing illnesses is bad for business. 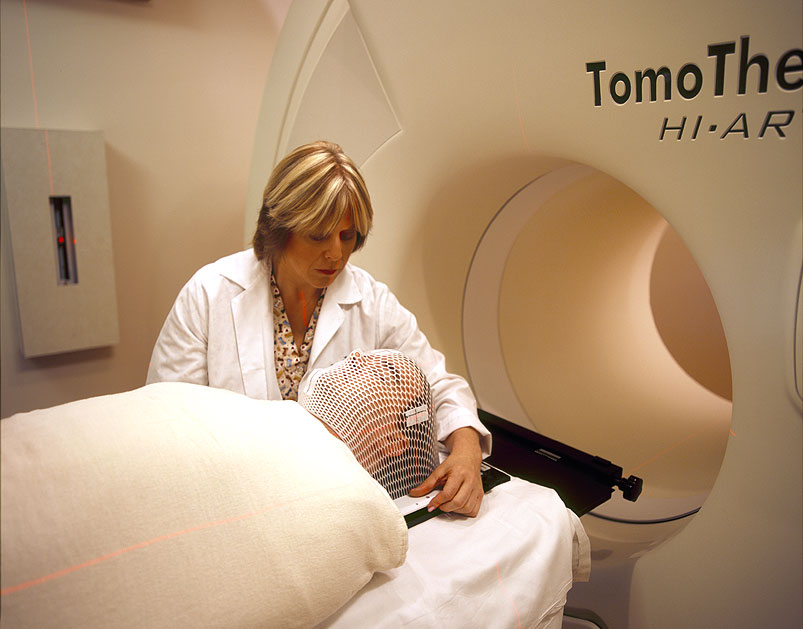 And cancer doesn’t only destroy people without health insurance. Back to the study in the American Journal of Medicine, “Even for those with health insurance,” the researchers wrote, “Deductibles and co-payments for treatment, supportive care, and nonmedical or indirect costs (e.g., travel, caregiver time, and lost productivity) may be financially devastating even with health care coverage.’“

Furthermore, this is not the only advancement in cancer research we don’t hear about in America. For example, Cuba has a lung cancer vaccine that Americans can’t get. One of the few mainstream articles about it gave the example of an American named George Keays. USA Today reported, “Keays has stage 4 lung cancer. As his treatment options appeared to be dwindling this fall, he went to Cuba for a vaccine treatment despite a federal law that prohibits Americans from going there for health care.”

This caught me off guard. I knew our federal government behaved like a psychopath who loves his mom so the neighbors assume he’s a nice guy. But I didn’t know we had a federal law prohibiting Americans from getting healthcare. I can only assume that was passed the same day they passed that law requiring daycares send children to play with the used needles under the wharf by the condemned asbestos plant.

Where does the “Don’t Get Healthcare Law” fit on our freedom matrix? Shouldn’t we have the freedom to get whatever healthcare treatment we want? Shouldn’t even Republicans support that? If someone thinks they’ll fix the arm they lost in a wheat thresher accident by shoving a magic crystal up their ass, shouldn’t they have the freedom to do it? I mean, it’s not for me, but I’m not going to stop you (assuming you scrub down the crystal afterwards). Point is — we aren’t free. We aren’t even free to get good healthcare.

So when it comes to incredible advancements in cancer science, where is Congress? Congress will stop everything to make sure more money gets unceremoniously dumped into our Military Industrial Complex each year. They’ll come back from vacation, skip their daughter’s graduation, and miss out on their father’s funeral just to pour more cash into fighter jets or to pass bills designed to destroy the people of Venezuela and Syria. They’ll come sprinting back to Congress — leaving their toddler sitting on the swing-set, lightly blowing in the wind — just to make sure people in other countries die from our economic brutality. But they can’t be bothered to speed up approval of blood tests that prevent cancer. Neither can our corporate media. Because they don’t serve us. They serve corporate state interests. And curing cancer is not in the interest of the corporate state.

Lee Camp is the host of the hit comedy news show “Redacted Tonight.” His new book Bullet Points and Punch Lines is available at LeeCampBook.com and his stand-up comedy special can be streamed for free at LeeCampAmerican.com.