This article was originally published on Consortium News on July 9, 2019, when Sen. Kamala Harris was running for the Democratic presidential nomination. She was chosen by nominee Joe Biden as his running mate on Tuesday.

Sen. Kamala Harris is rising in the polls after dramatically confronting former Vice President Joe Biden during the Democratic primary debate about his opposition to federally mandated busing for desegregation. The following week, however, Harris backed away from saying that busing should always be federally mandated, calling it just one “tool that is in the toolbox” for school districts to use. When asked to clarify whether she would support federal mandates for busing, she said: “I believe that any tool that is in the toolbox should be considered by a school district.” But Biden’s poll numbers are falling as a result of Harris’s theatrical attack. 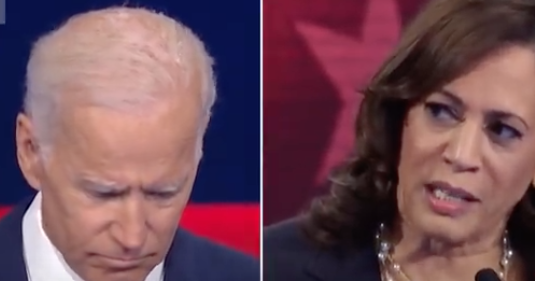 Harris, who served as San Francisco district attorney from 2004 to 2011 and California attorney general from 2011 to 2017, describes herself as a “progressive prosecutor.” Harris’s prosecutorial record, however, is far from progressive. Through her apologia for egregious prosecutorial misconduct, her refusal to allow DNA testing for a probably innocent death row inmate, her opposition to legislation requiring the attorney general’s office to independently investigate police shootings and more, she has made a significant contribution to the sordid history of injustice she decries.

Deputy sheriffs placed informants near defendants who were represented by counsel to obtain statements from them. Prosecutors were aware of this program and explicitly or implicitly promised benefits to informants. This violated the defendants’ Sixth Amendment right to counsel.

In People v. Dekraai, an informant in this program illegally obtained statements from the defendant. After the prosecutor agreed not to use the statements, Dekraai pled guilty to murder and was preparing his defense for a trial on whether he would get the death penalty. He asked the judge to find that the OCDA had a conflict of interest because of its involvement in the jail informant program.

Over a six-month period, the judge held two hearings and heard from 39 witnesses.

The judge found that many witnesses, including prosecutors and law enforcement officers, were “credibility challenged” about the nature of the informant program and their role in it. Some couldn’t remember, the judge determined, but “others undoubtedly lied.”

Thus, the judge concluded that the OCDA had a conflict of interest and recused the entire OCDA office, removing it from any further involvement in Dekraai’s case.

Kamala Harris, who at that time was serving as state attorney general, would then take over the prosecution of the death penalty phase of Dekraai’s trial. But Harris appealed the judge’s ruling and opposed the recusal of the OCDA.

In 2016, the Court of Appeal rejected Harris’s argument and upheld the trial judge’s recusal of the OCDA. The appellate court wrote in its opinion:

“On the last page of the Attorney General’s reply brief it states, “The trial court’s order recusing the OCDA from prosecuting Dekraai’s penalty phase trial was a remedy in search of a conflict.” Nonsense. The court recused the OCDA only after lengthy evidentiary hearings where it heard a steady stream of evidence regarding improper conduct by the prosecution team. To suggest the trial judge prejudged the case is reckless and grossly unfair. These proceedings were a search for the truth. The order is affirmed.”

Attorney Jerome Wallingford represented a man who, like Dekraai, was a victim of the illegal Orange County jail informant program. “Harris should’ve done her job and investigated the informant program based on the findings of the Court of Appeal in the Dekraai case,” Wallingford told Truthout. “But instead, she tried to whitewash the scandal by protecting the DA and blaming the sheriff.”

The job of the attorney general is not to protect the DA. As chief law enforcement officer of the state, the attorney general’s duty is “to see that the laws of the State are uniformly and adequately enforced,” as mandated by Article V of the California Constitution. Harris violated her legal duty in this case.

Harris minimized “outrageous government misconduct” in People v. Velasco-Palacios. The trial court found the prosecutor “deliberately altered an interrogation transcript to include a confession that could be used to justify charges carrying a life sentence, and he distributed it to defense counsel during a period of time when [the prosecutor] knew defense counsel was trying to persuade defendant to settle the case.” After the prosecutor snuck the fabricated confession into the record, it caused the defense counsel to urge the defendant to plead guilty, which undermined the trust the client had in his lawyer.

The trial judge determined that the prosecutor’s action was “egregious, outrageous, and shocked the conscience,” and dismissed the case. Harris’s office appealed. The Court of Appeal affirmed the dismissal, noting that “dismissal is an appropriate sanction for government misconduct that is egregious enough to prejudice a defendant’s constitutional rights.” Significantly, the appellate court stated that “egregious violations of a defendant’s constitutional rights are sufficient to establish outrageous government misconduct.”

But the Court of Appeal rejected Harris’s argument that if the conduct wasn’t physically brutal, it would not satisfy the “shock the conscience” standard required for dismissal.

Once again, Harris was covering up prosecutorial misconduct and ignoring the Supreme Court’s admonition in Berger v. U.S. that the duty of a prosecutor “is not that it shall win a case, but that justice shall be done.” 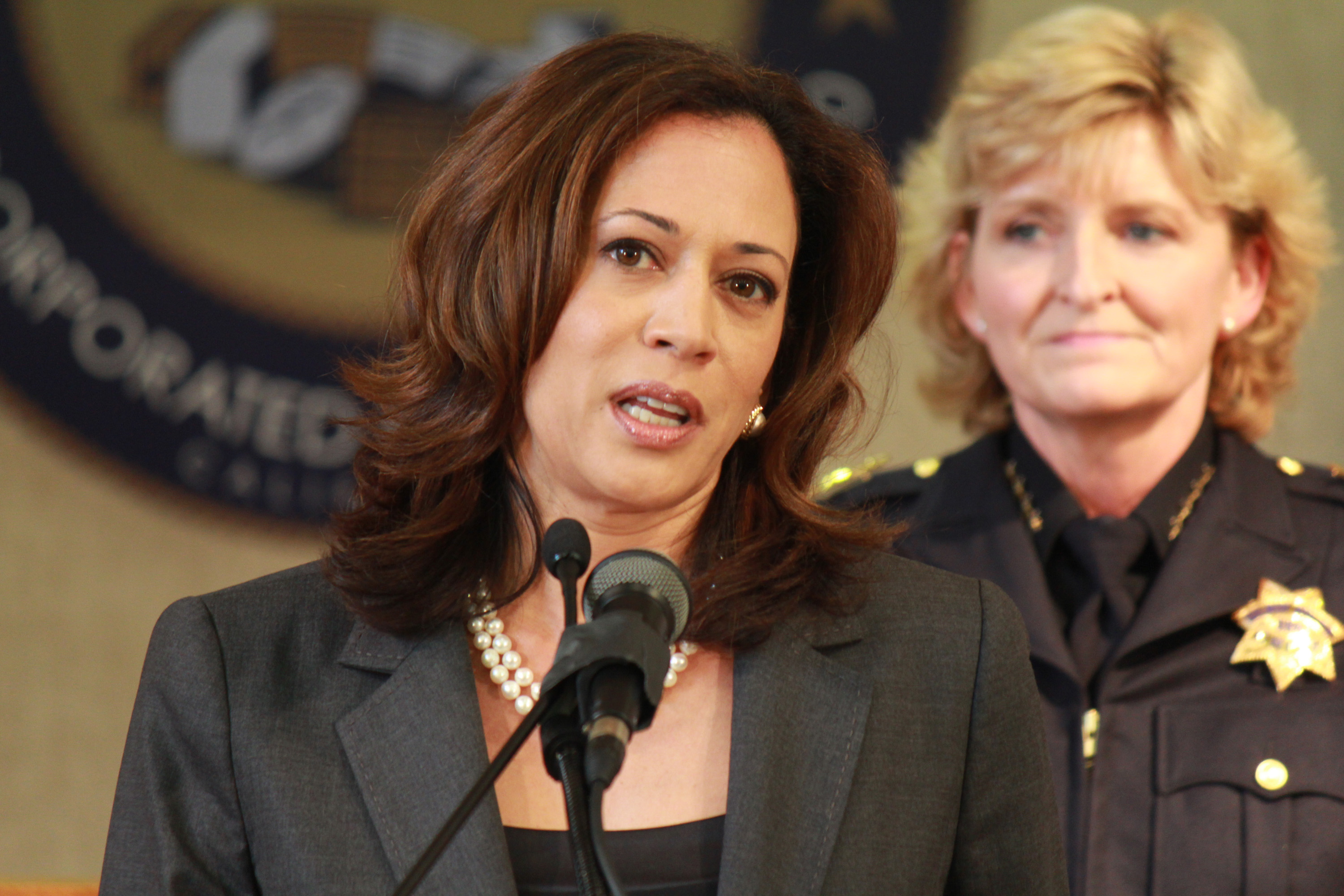 Harris: Less-than-progressive record. (Office of the Attorney General of California via Wikimedia Commons)

These cases are not isolated examples of Harris’s less-than-progressive record as a prosecutor.

“Time after time, when progressives urged her to embrace criminal justice reforms as a district attorney and then the state’s attorney general, Ms. Harris opposed them or stayed silent,” University of San Francisco School of Law Professor Lara Bazelon wrote in a New York Times article titled, “Kamala Harris Was Not a ‘Progressive Prosecutor.’” Bazelon added, “Most troubling, Ms. Harris fought tooth and nail to uphold wrongful convictions that had been secured through official misconduct that included evidence tampering, false testimony and the suppression of crucial information by prosecutors.”

Many of Harris’s prosecutorial actions disproportionately hurt people of color.

Harris opposed legislation requiring the attorney general’s office to independently investigate police shootings resulting in death. In 2016, members of the California Legislative Black Caucus called on Harris to do more to strengthen accountability for police misconduct. Assemblyman Kevin McCarthy (D-Sacramento), a member of the Black Caucus, told the Los Angeles Times, “The African American and civil rights community have been disappointed that [Harris] hasn’t come out stronger on this.

Mnuchin was CEO of OneWest Bank from 2009-2015. A 2013 memo obtained by The Intercept alleges that “OneWest rushed delinquent homeowners out of their homes by violating notice and waiting period statutes, illegally backdated key documents, and effectively gamed foreclosure auctions.”

After a yearlong investigation, the California attorney general’s Consumer Law Section “uncovered evidence suggestive of widespread misconduct.” In 2013, they recommended that Harris prosecute a civil enforcement lawsuit against the bank. 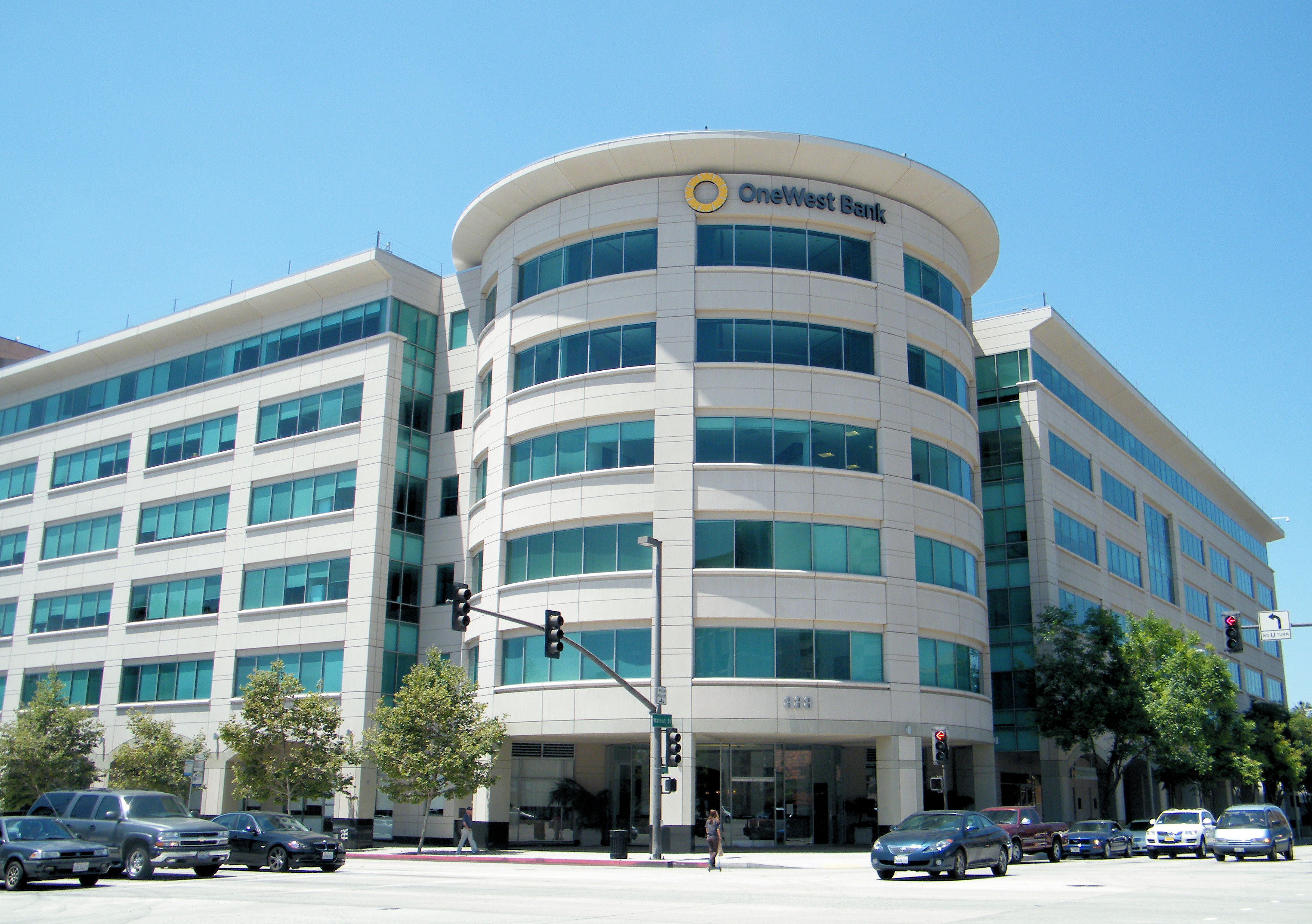 “Without any explanation,” Harris’s office declined to initiate litigation in the case.

Mnuchin donated $2,000 to Harris’s Senate campaign in February 2016. It was his only donation to a Democratic candidate.

In January 2017, the Campaign for Accountability claimed that Mnuchin and OneWest Bank used “potentially illegal tactics to foreclose on as many as 80,000 California homes,” and called for a federal investigation.

Harris wrote in her memoir, “The Truths We Hold,” “America has a deep and dark history of people using the power of the prosecutor as an instrument of injustice.” She added, “I know this history well — of innocent men framed, of charges brought against people without sufficient evidence, of prosecutors hiding information that would exonerate defendants, of the disproportionate application of the law.”

Indeed, the public record indicates that as district attorney and later as attorney general of California, Harris has contributed to the injustice she claims to abhor.

← US Postal Service Was Never a Business. Stop Treating It Like One
Comments Down →