A federal judge in Mississippi is challenging the long-standing qualified immunity for police officers after the harassment of a motorist in that state, reports Marjorie Cohn.

As the Massachusetts legislature debates whether to water down its qualified immunity defense, a federal judge in Mississippi has filed a stunning 72-page opinion blasting the doctrine.

Qualified immunity has entered the national discourse with the massive uprisings in the wake of the public lynching of George Floyd. It allows police and other government officials to escape liability for their law breaking.

But the judge’s hands were tied by the qualified immunity doctrine so he was forced to deny Jamison’s legal claim. Reeves, an African-American man, traced the development of the law and the institutional racism and police brutality that continue to plague our society. “Black people in this country are acutely aware of the danger traffic stops pose to Black lives,” the judge wrote. 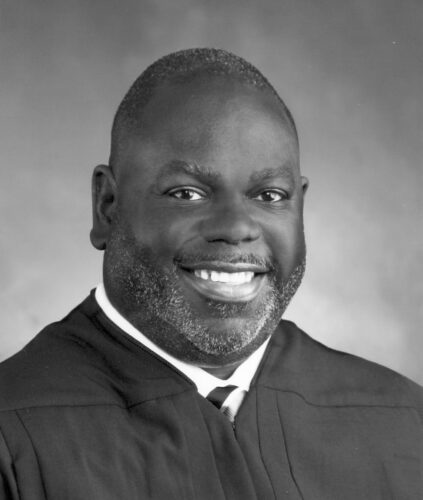 Judge Reeves began his blockbuster opinion by listing 19 victims of outrageous police misconduct, who would have been met with the qualified immunity defense if they or their heirs had sued the offending officers. He wrote:

“Clarence Jamison wasn’t jaywalking” (like Michael Brown); “wasn’t outside playing with a toy gun” (like 12-year-old Tamir Rice); “didn’t look like a ‘suspicious person’” (like Elijah McClain); “wasn’t suspected of ‘selling loose, untaxed cigarettes’” (like Eric Garner); “wasn’t suspected of passing a counterfeit $20 bill” (like George Floyd); “didn’t look like anyone suspected of a crime” (like Philando Castile and Tony McDade); “wasn’t mentally ill and in need of help” (like Jason Harrison); “wasn’t assisting an autistic patient” (like Charles Kinsey); “wasn’t walking home from an after-school job” (like James Earl Green); “wasn’t walking back from a restaurant” (like Ben Brown); “wasn’t hanging out on a college campus” (like Phillip Gibbs); “wasn’t standing outside of his apartment” (like Amadou Diallo); “wasn’t inside his apartment eating ice cream” (like Botham Jean); “wasn’t sleeping in his bed” (like Breonna Taylor); “wasn’t sleeping in his car” (like Rayshard Brooks); “didn’t make an ‘improper lane change’” (like Sandra Bland); “didn’t have a broken tail light” (like Walter Scott); “wasn’t driving over the speed limit” (like Hannah Fizer); and “wasn’t driving under the speed limit” (like Ace Perry).

“No,” Reeves continued, “Clarence Jamison was a Black man driving a Mercedes convertible.” McClendon lied about why he stopped Jamison, who was driving home to South Carolina after a vacation in Arizona.

Jamison, Reeves wrote, “was pulled over and subjected to one hundred and ten minutes of an armed police officer badgering him, pressuring him, lying to him, and then searching his car top-to-bottom for drugs.” McClendon found nothing and his canine search came up empty as well.

“Thankfully, Jamison left the stop with his life,” Reeves observed. “Too many others have not.” Reeves cited the cases of 70 people — including Eric Garner and George Floyd — whose last words were, “I can’t breathe,” as they died in police custody.

Officer McClendon tried to justify his stop of Jamison by claiming that the temporary license tag was “folded over to where [he] couldn’t see it.” Jamison, who had recently purchased the 12-year-old car, pulled over immediately and gave McClendon his license, insurance and bill of sale for the vehicle.

McClendon didn’t tell Jamison that his background check came back clear. The officer lied that he had a tip that there were 10 kilos of cocaine in Jamison’s car and falsely asserted that the car was stolen. After McClendon’s five requests to search his car, Jamison finally consented.

The search and subsequent dog sniff turned up nothing. In the process, McClendon tore the car apart, doing $4,000 worth of damage to it.

“In an America where Black people ‘are considered dangerous even when they are in their living rooms eating ice cream, asleep in their beds, playing in the park, standing in the pulpit of their church, birdwatching, exercising in public, or walking home from a trip to the store to purchase a bag of Skittles,’” Reeves, wrote, “who can say that Jamison felt free that night … to say no to an armed Officer McClendon?”

A ‘Manufactured Doctrine’ to Let Cops Off the Hook 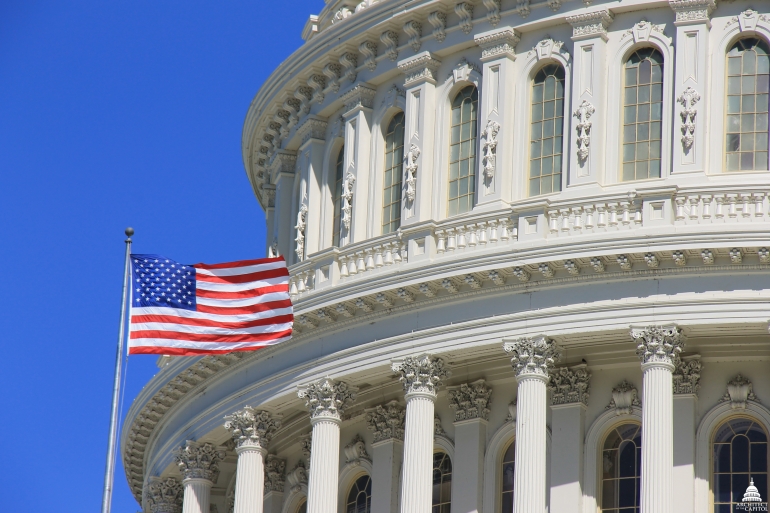 The U.S. Capitol. (Architect of the Capitol)

Judge Reeves determined that McClendon’s search of Jamison’s car violated the Fourth Amendment, which prohibits unreasonable searches and seizures. Nevertheless, Reeves was legally bound to rule against Jamison because of the qualified immunity defense.

“[J]udges have invented a legal doctrine to protect law enforcement officers from having to face any consequences for wrongdoing,” Reeves wrote. “The doctrine is called ‘qualified immunity.’ In real life it operates like absolute immunity.” However, he added, “[i]mmunity is not exoneration. And the harm in this case to one man sheds light on the harm done to the nation by this manufactured doctrine.”

Reconstruction, however, was short-lived. Congress, responding to the reign of terror by the Ku Klux Klan against Black people and their white allies, passed the Ku Klux Act of 1871. It has since been codified as 42 U.S.C. section 1983, which provides:

Every person who, under color of any statute, ordinance, regulation, custom, or usage, of any State or Territory or the District of Columbia, subjects, or causes to be subjected, any citizen of the United States or other person within the jurisdiction thereof to the deprivation of any rights, privileges, or immunities secured by the Constitution and laws, shall be liable to the party injured in an action at law, suit in equity, or other proper proceeding for redress.…

But the Supreme Court has steadily neutralized the law, even though section 1983 nowhere mentions defenses or immunities. In a section of his opinion titled, “Qualified Immunity: The Empire Strikes Back,” Reeves described how the high court first held that officers could avoid liability if they acted in good faith, then created a balancing test, and finally made it nearly impossible to sustain a section 1983 claim against the police.

Reeves wrote that qualified immunity “now protects all officers, no matter how egregious their conduct, if the law they broke was not ‘clearly established’,” that is, a court must have clearly ruled that the precise offensive conduct violated the law. Even if the officer acted in bad faith, he or she can mount a successful qualified immunity defense unless it is clearly established, beyond debate, that every reasonable officer would understand that his or her conduct violates the law. The defense applies “‘to all but the plainly incompetent or those who knowingly violate the law.’”

The question is whether a prior court has specifically determined that the same conduct engaged in by McClendon violated the law. The query, in Reeves’s words, “is whether it was clearly established that an officer who has made five sequential requests for consent to search a car, lied, promised leniency, and placed his arm inside of a person’s car during a traffic stop while awaiting background check results has violated the Fourth Amendment. It is not.”

Reeves was thus legally required to rule against Jamison.

Reeves invoked the Movement for Black Lives. “[A]s people marching in the streets remind us today, some have always stood up to face our nation’s failings and remind us that ‘we cannot be patient,’” he wrote. “Through their efforts we become ever more perfect.” Reeves cited Congressman John Lewis, who “stared down the racists of his era when he marched over the Edmund Pettus Bridge.” He mentioned the Supreme Court’s landmark decision in Brown v. Board of Education, which abolished the doctrine of “separate but equal.”

Reeves wrote, “The question of today is whether the Supreme Court will rise to the occasion and do the same with qualified immunity.”

The Ending Qualified Immunity Act is pending in the U.S. House of Representatives and its companion bill has been introduced by three progressive Democrats in the Senate.

A bill to reform, but not abolish, qualified immunity, introduced by Sen. Mike Braun (R-IN), is also pending in the Senate. As long as Republicans maintain control of the Senate, and Democrats — many of whom were architects of the current criminal legal system — continue their lukewarm opposition to qualified immunity, it is unlikely the doctrine will be watered down or abolished by Congress.

Meanwhile, the state of Massachusetts is debating whether to weaken its qualified immunity defense. Its House bill would eliminate the defense only for officers who have been decertified by a standards board because they have violated someone’s civil rights. The state’s Senate bill would permit judges to rule for plaintiffs even where the current case is not almost identical to a prior case.

In light of the ongoing mass uprisings against white supremacy and police brutality, other states are likely to reconsider their qualified immunity doctrines.

← Twitter Says It Bans State-Media Ads, But Gets Paid to Spread US Government Messaging
Moral Panic Over Refugees in English Channel Is Ugly Face of Brexit →

9 comments for “UPRISING: Immunity for Police Under Attack by Federal Judge”