During the pandemic it has been every EU nation for themselves until this very late and reluctant deal from the rich North, writes Diana Johnstone.

The coronavirus crisis was a test of solidarity that the European Union failed.

When the pandemic hit this spring, it was every member state for itself. It became clearer than ever that there is no such thing as a “European people” but merely a maze of economic rules and regulations imposed on the distinctly separate peoples of 27 Member States.

Precisely the Latin nations, Italy, Spain and France, already suffering from super-indebtedness due in large part to being stuck in a currency system, the euro, totally outside their control, were particularly hard hit by Covid-19. The economic consequences are likely to be devastating.

Leaders committed to “European construction,” such as French President Emmanuel Macron, were increasingly alarmed. Disaffection with the EU was growing rapidly, notably in Italy and in France itself.

Since his election in 2017 on the promise to win German consent to a more financially generous EU, Macron had got nowhere. German insistence on financial austerity was rigid. But Chancellor Angela Merkel recognized that to save the EU the cries for economic help from the South must be heard. She finally agreed with Macron to sponsor an EU “recovery effort” to benefit countries suffering economic losses due to the pandemic. 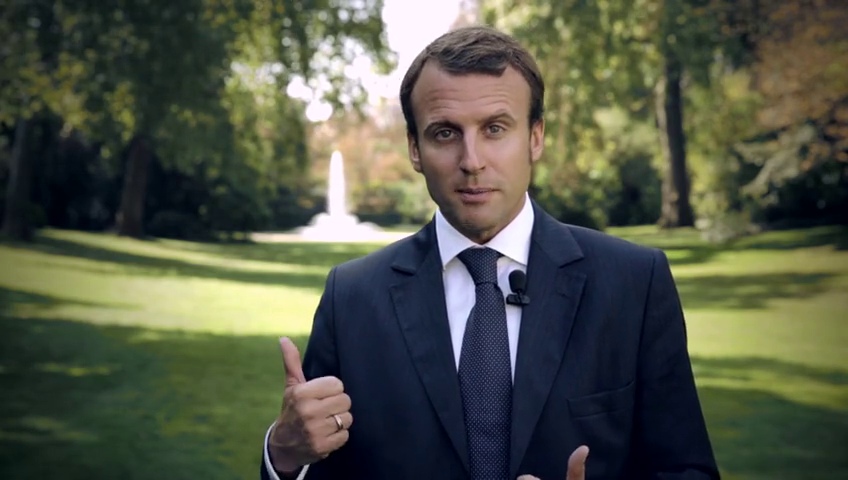 The major expense involved would require approval by all 27 Member States, many of whom were opposed. In July, their project was presented to the European Council, which brings together the heads of EU member governments.

The Council is currently presided over by Belgian politician Charles Michel, who incidentally has been caretaker prime minister of Belgium since his country’s government collapsed in December 2018 over the immigration issue. Since then, it has been impossible to form a government, due essentially to fundamental differences between the Dutch-speaking parties of Flanders and the French-speaking parties of Wallonia.

It is worth reflection that EU institutions that are supposed to build a single European nation are situated in Belgium, where Flemish nationalists move inexorably toward independence from French speakers.

The Germanic-Latin contrast in Europe has deep roots. Just as the Flemish balk at sharing social expenses with the “spendthrift” Walloons, four self-designated “frugal” nations – the Netherlands, Austria, Denmark and Sweden – balked at the proposal to share debt with the Mediterranean nations.

After four days and nights of fierce wrangling, threats and concessions, on July 21 Charles Michel and EU Commission President Ursula von der Leyen announced a deal they called “historic.” For the first time, the Commission was mandated to get into debt with commercial banks. This is togetherness, capitalist style. Increasingly isolated champions of European federalism hailed the deal as a significant step toward their goal, a United States of Europe.

Perhaps. But will this bring about European economic recovery? 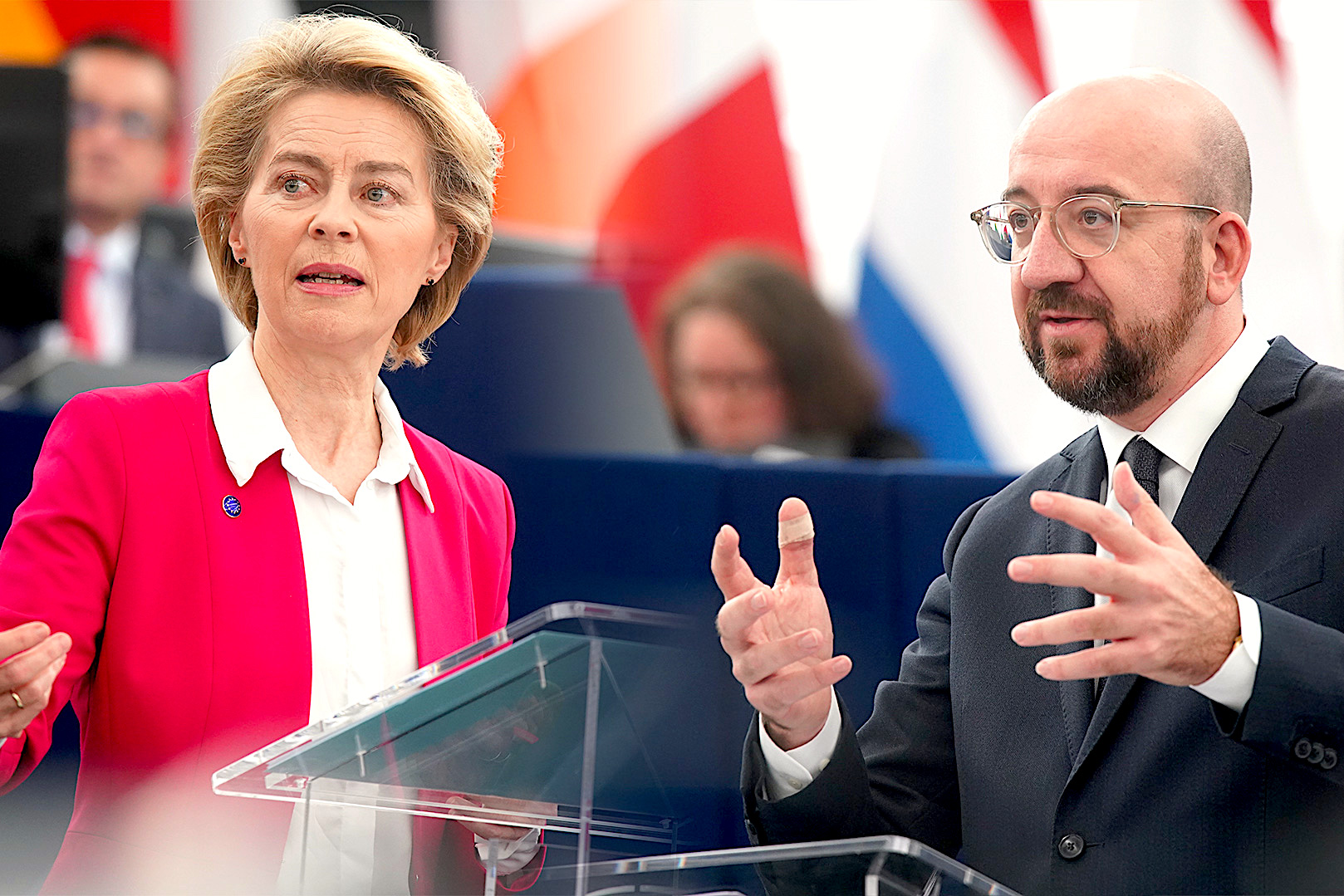 The July 21 “historic deal” comprised both the normal EU budget, of a trillion euros over the next seven years, financed as usual by payments from the Member States, and a short term emergency recovery package of 750 billion euros, financed by the Commission. This sum is to be divided between grants of 390 euros, and loans worth 360 billion euros to countries shown to have suffered economic decline due to the recent public health crisis. Italy is earmarked for 172 billion and Spain for 140 billion.

Catch #1. Since Macron was the leading champion of this deal, he could claim it as a great political victory. The 750 billion euro loan is to be repaid by 2058, and according to complex calculations, France’s share of the payment will come to 82 billion euros, while its share of the benefits will be 39 billion euros. That is not very much more than the 29 billion earmarked for Germany, which did not suffer nearly so much from Covid-19. Macron’s political victory came with a hefty price tag for his country’s taxpayers.

Catch #2. This alleged generosity toward countries in need was accompanied by a huge financial favor to the “frugal” (rich) countries. Their loss in having to contribute to repayment of the Commission’s loan will be compensated by considerable reductions in the amounts that Austria, the Netherlands, Denmark, Sweden and Germany are required to contribute to the seven-year EU budget… which will automatically increase the French contribution, although France is one of the countries which has suffered most from the Covid-19 crisis.

Catch #3. The grants and loans to be dished out in the next couple of years come with strong strings attacked. Officially, the Recovery effort “must target the regions and sectors that are most hit by the crisis.” In practice, top of the list would be the tourist industry in Italy and Spain. But that is not the way it works. The recipient countries cannot choose to use the money in ways they themselves consider most suitable to their needs. Rather, plans must be submitted to the Commission and must meet certain criteria. In particular, “effective contribution to the green and digital transition” shall be “a prerequisite for a positive assessment.”

What this really means is that the 750 billion recovery package will do nothing to respond to the shortcomings in the public health structures revealed by the pandemic. Quite the contrary: the conditions imposed include pursuing the EU’s demands for budgetary austerity, at the expense of social services. 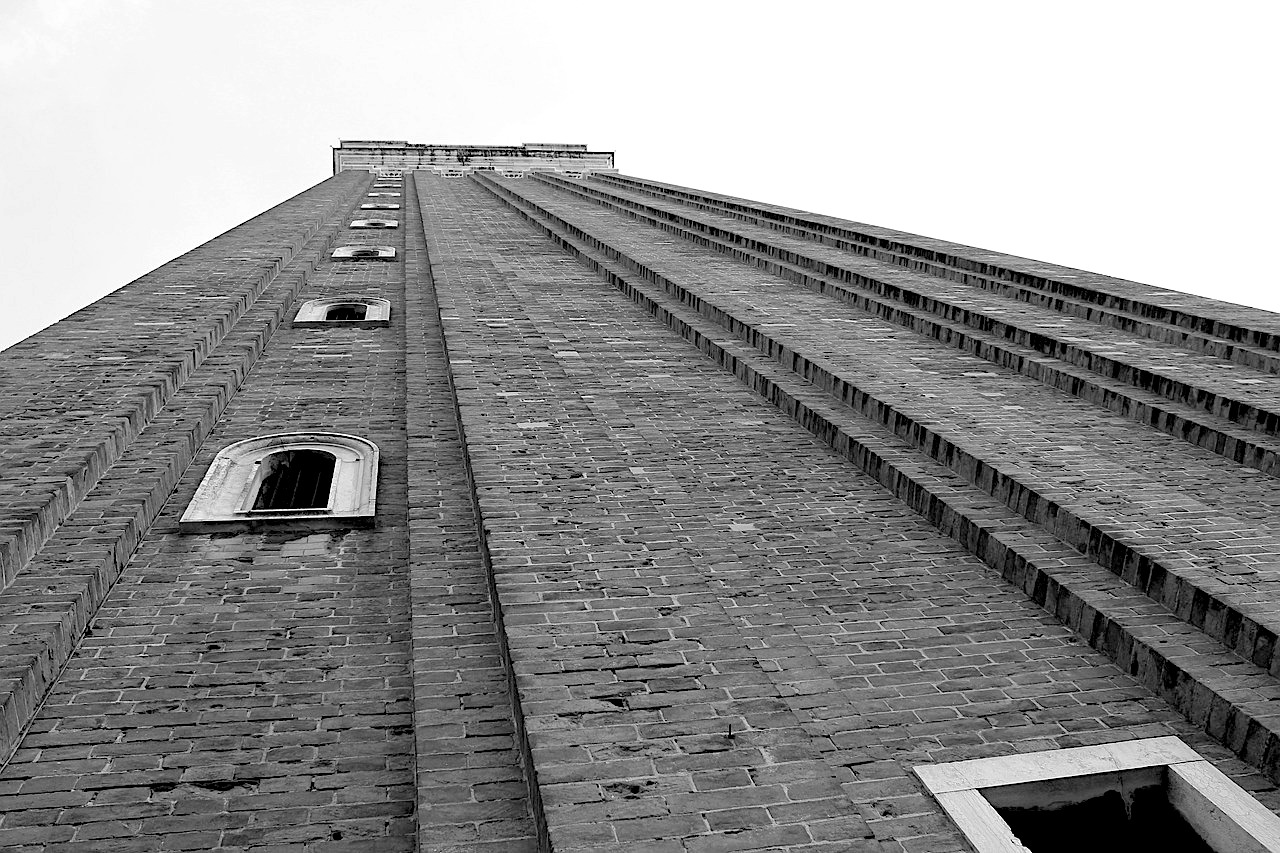 A tower in Venice. (Pixabay)

Rather, the funding will go to advance projects which the EU bureaucracy deems necessary to increase the international competitiveness of EU corporations in what are considered to be the capitalist growth sectors of the future: renewable energies and artificial intelligence.

This means further subsidies for private corporations doing research in these fields. It no doubt means multiplication of increasingly despised windmills, whose construction is emptying beaches of their sand to build monstrous cement pillars that no one knows how to dispose of once they are obsolete (which doesn’t take long).

Artificial intelligence will do nothing for people who have lost their jobs in Italy and Spain. On the contrary, a most noticeable effect of artificial intelligence has been to destroy jobs, notably by replacing reasonable human beings with stupid automats who can answer every question except the one you want to ask.

Certainly there is a long term need for an energy transition. But this is no answer to the immediate emergency which the Eurocrats claim to be addressing. As for artificial intelligence, nobody has asked the people whether that is what they want, and it is a safe bet to guess that it is at the very bottom of their wish list.

The EU Recovery package illustrates once again that the EU is a bureaucracy in the service of capital, notably of finance capital. Decisions are taken over the heads of the people, at the expense of public services in order to promote the projects demanded by powerful financial lobbies. No wonder European stock markets welcomed the deal.

But this does absolutely nothing to release Italy, Spain and France from the debt trap of the euro. Because of the euro, troubled countries cannot turn to their own central banks to finance recovery. They can only accept charity with strings attached.

In Italy, various politicians are contemplating starting a movement to leave the EU. The sentiment in favor of restoring national sovereignty is growing in France. But European nations still demoralized by World War II do not easily muster the energy to take bold steps, even for their own survival. Finance and bureaucracy rule when politics is dormant.

Diana Johnstone lives in Paris. Her latest book is Circle in the Darkness: Memoirs of a World Watcher (Clarity Press, 2020).