In the face of “three pandemics” — coronavirus, unemployment and famine — Vijay Prashad says meager debt-suspension programs are not enough. 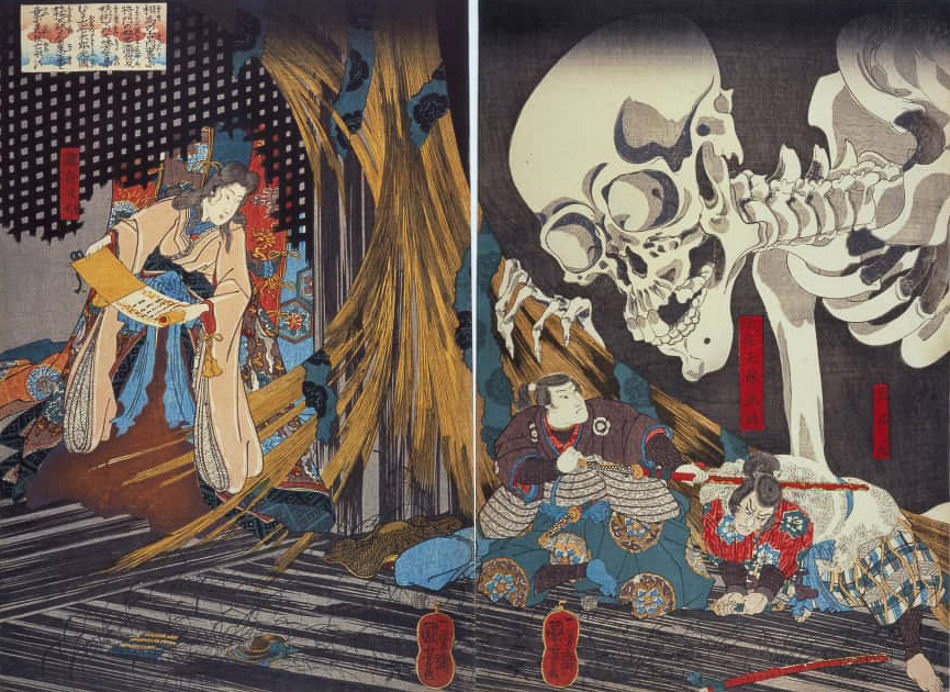 Utagawa Kuniyoshi (Japan), Takiyasha the Witch and the Skeleton Spectre, 1849.

On July 18, United Nations Secretary General António Guterres posted the following tweet: “COVID-19 has exposed the lie that free markets can deliver healthcare for all, the fiction that unpaid care work isn’t work, the delusion that we live in a post-racist world. We are all floating on the same sea, but some are in super-yachts and others clinging to drifting debris.”

Dr. Rajiv Shah, president of the Rockefeller Foundation (United States), recently said that the United States relies upon two ‘monopoly companies’ (Quest and LabCorp) for Covid-19 testing that “don’t have enough capacity in their central processing systems for the volumes that are necessary right now.”

These monopoly companies – promoted by the free markets that Guterres spoke of – are run on the for-profit motive, which means that they are just-in-time processing laboratories that do not have the “capacity” to do more than normal laboratory work; anything more than that is economically inefficient for them.

Dr. Shah says that the tests cannot be returned in less than a week or two weeks. “With the seven-day lead time,” said Dr. Shah, “you basically aren’t testing at all; it’s the structural equivalent of zero tests.” That means that the United States, with a languishing public sector, is essentially doing no testing. Subin Dennis, a researcher at Tricontinental: Institute for Social Researcher, has written a clear-headed report on the necessity of a strong public sector.

But to build a public sector requires resources. These resources are being drained by the recession triggered by coronavirus, one that is not endogamous to its own economic fundamentals. The various debt suspension programs, such as the Debt Service Suspension Initiative – endorsed by the World Bank and the G20 Finance Ministers – are simply inadequate; a new Oxfam report shows that all of the countries that are eligible for this initiative are still required to pay a minimum of $33.7 billion to service their debts this year.

The amount that is being required of them is $2.8 billion per month, which is “double the amount Uganda, Malawi, and Zambia combined spent on their annual health budget’.

Defaults are on the horizon for a long list of countries. Argentina, Ecuador, and Lebanon have already defaulted. Because of its currency crisis, Lebanon’s medical sector went into chaos. Pharmacies, which import drugs using hard currency, closed; the government failed to reimburse hospitals for services used by patients on social security; and unemployment scuttled access to medical insurance.

With further financial difficulties, these states will once more cut their disbursements to the health sector, scaling back public health services at a time when their value has been clearly demonstrated.

Recently, the UN’s two main agencies that study the situation of food – the World Food Programme (WFP) and the Food and Agriculture Organization (FAO) – released a comprehensive report that showed that in 25 countries, hunger will rise to famine levels. These countries stretch from Haiti to Zimbabwe, from Lebanon to Bangladesh. In April, WFP Director David Beasley said that the situation of hunger risked “a famine of biblical proportions.”

Now, Beasley said that the updated numbers show that “the world’s very poorest families have been forced even closer to the abyss.”

The debt of these countries is simply not allowing them to properly tackle the three pandemics: coronavirus, unemployment, and hunger. 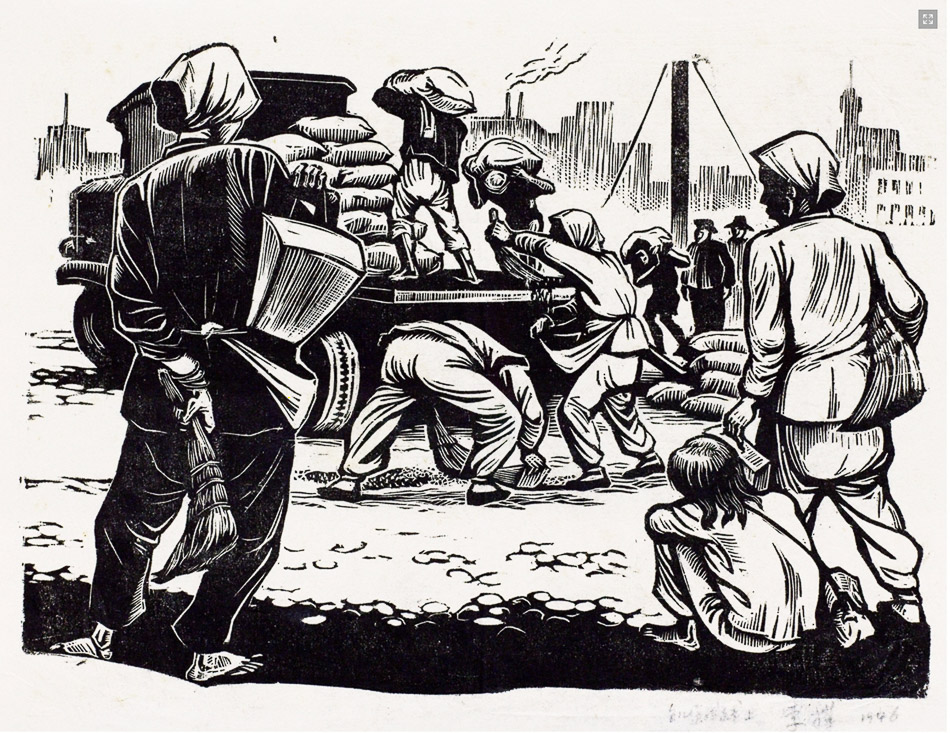 It is in this context that Dilma Rousseff, T. M. Thomas Isaac, Jorge Arreaza, Yanis Varoufakis, Fred M’membe, Juan Grabois and I released this statement on debt cancellation. We believe that the recession triggered by coronavirus demands far more than milquetoast forms of temporary debt suspension; we believe that debt cancellation is the only way forward in our time of cascading crises. 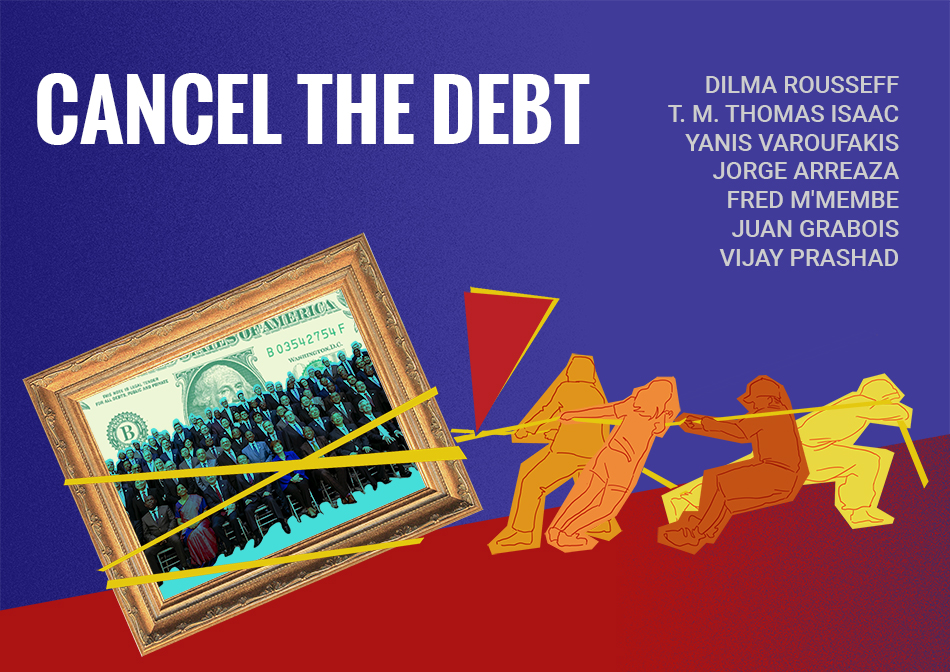 “By all accounts, developing country debt now stands at over $11 trillion. In the remainder of 2020 itself, the debt servicing payments on this debt will amount to $3.9 trillion. This debt has ballooned over the past several decades, leaving most developing countries in an unsustainable financial situation. Defaults and debt adjustments seem to be a permanent fixture amongst developing countries, coming punctually for reasons that are often external to the fundamentals of their economies.

Austerity has become a permanent condition, which is what has weakened the public health systems of so many countries and left them vulnerable to this global pandemic. To continue to service their debt and to be obliged by these debt burdens means that developing countries will not be able to efficiently and effectively tackle the pandemic, nor build the systems necessary for future public health emergencies.

Every dollar in debt servicing that goes to repay a bank or a wealthy bondholder is a dollar that cannot go to buy a ventilator or fund emergency food support. During the CoronaShock crisis, this is both morally indefensible and economically irrational.

Debt suspension or postponement does not provide a foundation for the necessary development of these countries. It merely puts off the reckoning.

It is beyond time for the cancellation of these odious debts, which cannot – in any case – be paid during the coronavirus recession. Both public and private creditors took a risk with their investments. They exploited the needs of developing countries by lending money with obscene interest rates; it is time that they paid the price for this risk rather than force countries with meagre resources to pay out precious capital.

We hope that this statement will be widely circulated; that it will be taken up by people’s movements to put pressure on governments not to accept meagre debt suspension agreements that will further trap countries into cycles of long-term insolvency. 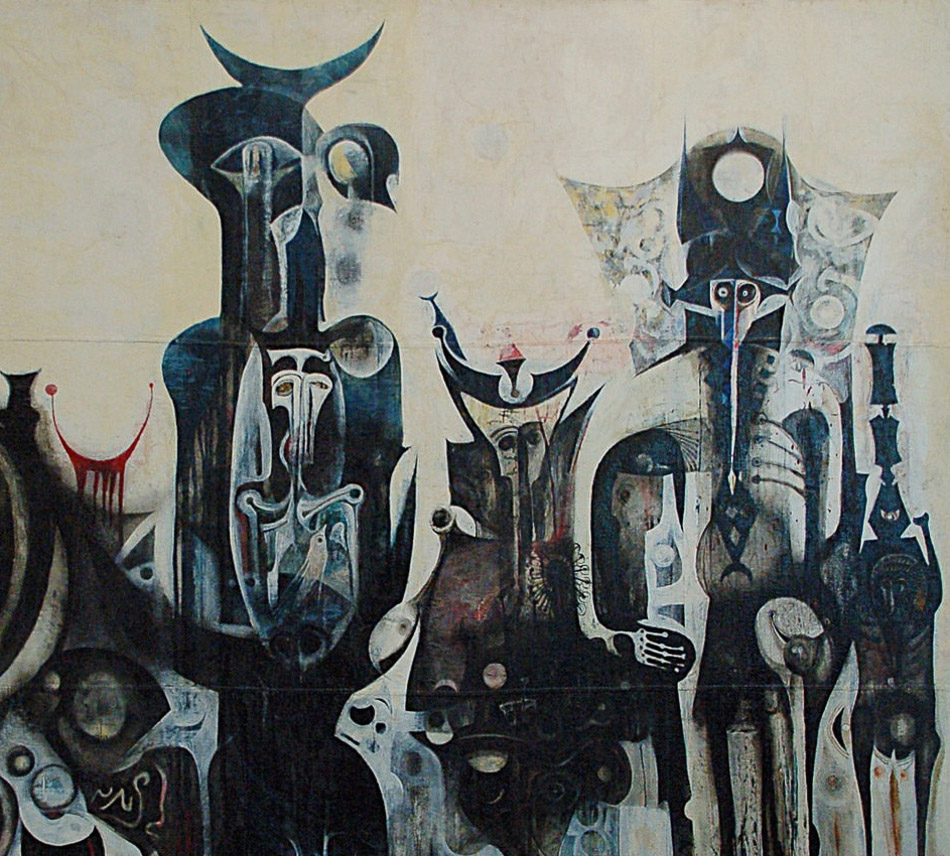 Landlocked Malawi won its independence from Britain in 1964 but, rising from a legacy of colonial pillage, emerged as one of the most impoverished countries in the world. David Rubadiri had been Malawi’s first ambassador to both the United States of America and the United Nations and had a front-row seat on the development of underdevelopment; he resigned within a year of his commission. He wrote a poem called “Begging A. I. D.” while teaching in Uganda in 1968:

In the beggarhood
of a circus
that now is home,
the whip of the Ringmaster
cracks with a snap
that eats through
the backs of our being.

Here is the essence of it all: colonialism had been defeated, but its structure has remained, with capital now loaned back at usurious rates and debt leveraged as an instrument of political control over the new nations.

Old images of enslavement had to be recalled making way for the more anonymous forms of social domination. There is no whip in the hand of the Paris Club (the government creditors) or the London Club (the private creditors), nor in the hands of the International Monetary Fund and the World Bank; but its presence is felt beating down on humankind. 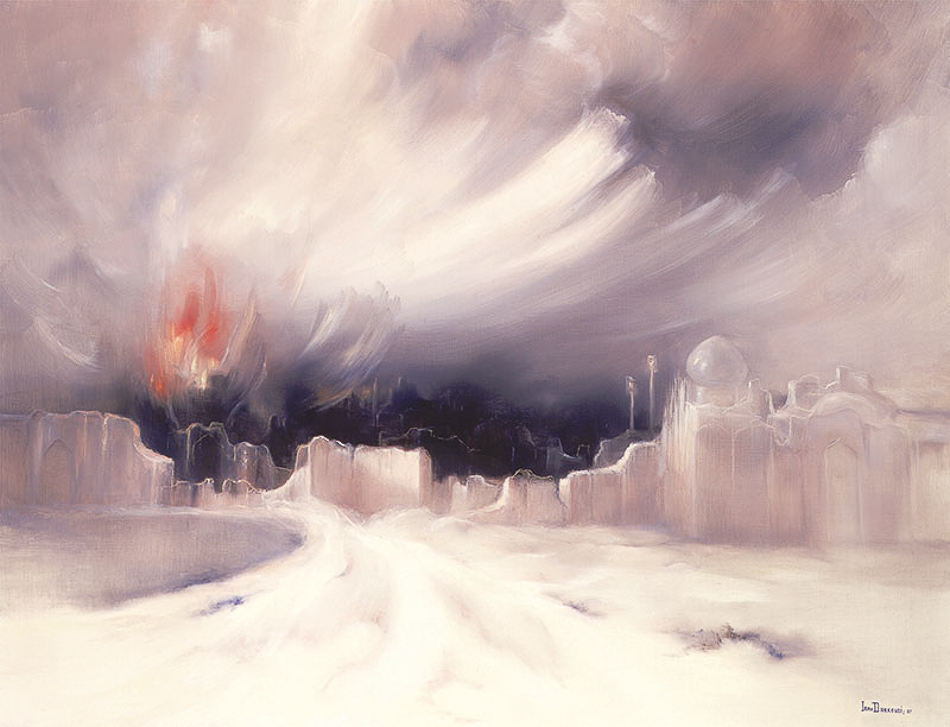 When the Iranian writer Sadeq Hedayat was greeted by friends, he would answer, “we are still in the shackles of life” (dar qeyd-e hayat-im). So we are. That is why the campaign to cancel the odious debts is a good beginning to break these shackles, to cast off the hand that cracks the whip, to break free of the instrument of debt servitude.

11 comments for “COVID-19: Time to Cancel Foreign Debt is Overdue”