Progressives reacted with disgust at the misplaced priorities made evident by the Senate’s approval of the Pentagon budget and the GOP’s proposal on Covid-19 relief. 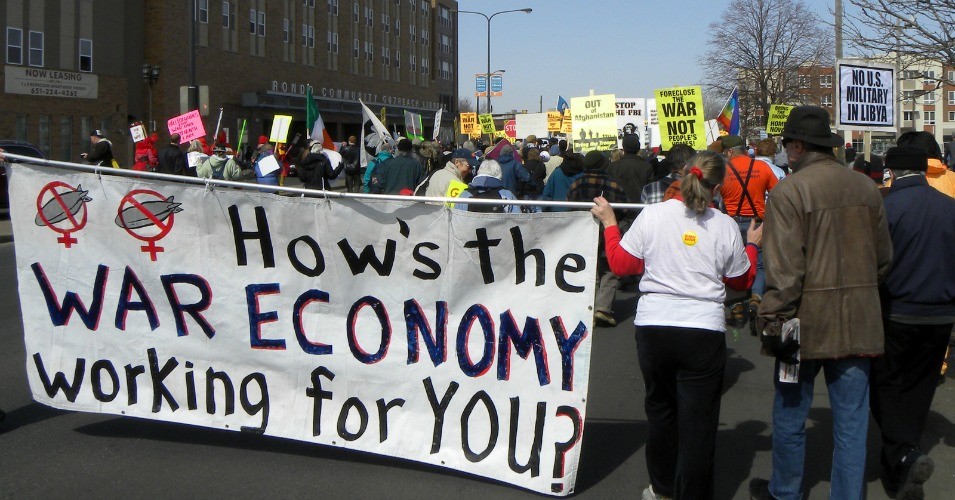 Hours after the Republican Party released a coronavirus relief proposal including $0 for election assistance funding and no additional funding for cities and states as the country continues to combat the coronavirus pandemic, the U.S. Senate passed its version of the National Defense Authorization Act on Thursday, allocating $740.5 billion to the Pentagon.

The annual military budget bill was passed with a vote of 86-14, with 37 Democrats joining the Republicans in supporting the proposal. View the full roll call here.

The bill was passed a day after an amendment proposed by Sanders and Markey to cut the Pentagon’s budget by 10 percent and redirect that funding toward significant investments in education, healthcare, and housing in poor communities — was rejected in the Senate, with a majority of Democrats siding with the GOP.

President Donald Trump has threatened to veto the bill — on the grounds that it includes an amendment, introduced by Warren, to rename military bases which memorialize Confederate figures — but the budget was passed with more than two-thirds of the Senate’s support, a veto-proof majority.

The House and Senate are now expected to reconcile their two versions of the NDAA; the House bill includes a 3 percent pay raise for troops and $3.6 billion to combat China.

Earlier on Thursday, the GOP released its proposal for the next coronavirus relief bill, stipulating that the party would not approve the continuation of the full $600 boost in unemployment insurance, included in the CARES Act in March, which helped keep millions of Americans out of poverty in the first months of the pandemic.

Rep. Ro Khanna (D-CA), who joined other progressives in the House in voting against the NDAA, reacted with disgust at the misplaced priorities made evident by the Pentagon budget’s Senate approval and the GOP’s proposal on Covid-19 relief.

I don't want to hear anyone tell me that we can't afford to expand enhanced unemployment benefits when we spend more on endless wars than the next ten countries combined.

Paul Kawika Martin, senior director and policy and political affairs at Peace Action, called on Democrats who continuously support hundreds of billions of dollars in military spending to “take note that voters want government spending to put ‘people over Pentagon.'”

The Senate just passed the overfunded Pentagon (#NDAA) with 14 voting no. Nearly 50% of the Democrat Sens. and 40% of Reps. voted to cut 10% to help communites in need. Democratic leaders should take note that voters want government spending to put #PeopleOverPentagon. pic.twitter.com/Yc8aBxjIJJ

“We should prioritize eradicating poverty, not war,” wrote Markey on Wednesday, after the amendment he introduced failed in the Senate. “We should prioritize battling global-killer diseases, not developing new weapons designed to eradicate the human race. It is time we fund education, not annihilation. Medicaid, not missiles.”