The family of murdered Army Specialist Vanessa Guillen has accused the Army of a cover-up in her disappearance and are calling for a congressional investigation, Ann Wright reports. 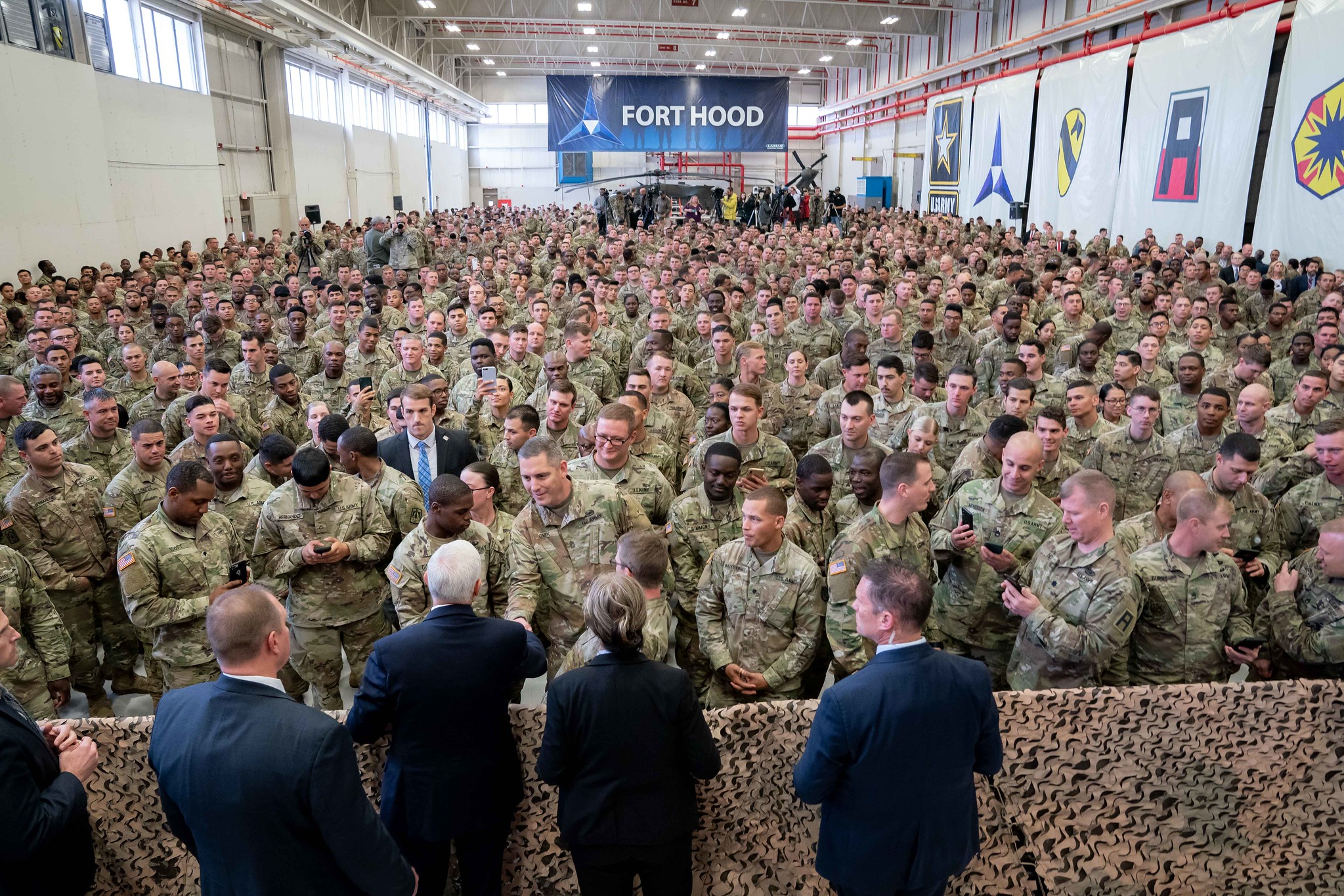 Fort Hood, Texas, is a dangerous place for women in the military. The murder of Army Specialist (SPC) Vanessa Guillen is the latest tragic evidence of the violence there and other U.S. military bases.

Violence against women in the military and at Fort Hood has been going on for a very long time. Twelve years ago, in 2008, I wrote an article “Is There an Army Cover Up of Rape and Murder of Women Soldiers?” that detailed violence against women assigned to units from Fort Hood that were then located in Iraq.

Eight female soldiers from Fort Hood, six from the Fourth Infantry Division and two from the 1st Armored Cavalry Division, had died of “non-combat related injuries” at Camp Taji, Iraq. Two had been raped immediately before their deaths and another raped prior to arriving in Iraq. Two women from Fort Hood had died of suspicious “non-combat related injuries” on Balad base, Iraq, and one was raped before she died. Four deaths of women assigned to units from Fort Hood had been classified as “suicides,” and families of some of those women disagreed with Fort Hood’s findings. 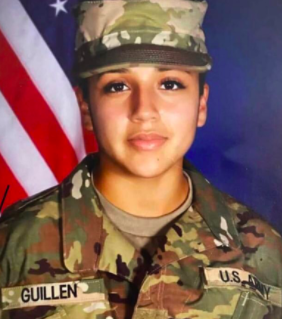 Now, 12 years later, the Army’s handling of the investigation into SPC Guillen’s disappearance is an affront to Guillen’s family and to military women on Fort Hood.

For three months the perpetrator of Guillen’s murder roamed free on Fort Hood, capable of murdering other young women and showing such impunity that, according to Guillen’s sister Mayra, who had met him during one of her visits to Fort Hood, “he laughed in my face.  I had a very uneasy feeling about him.”

She should have felt uneasy as she was face-to-face to her sister’s brazen murderer who had killed her sister with a hammer in his workplace, dismembered her, attempted to burn her body before burying body parts in three holes covered with concrete on a highway embankment thirty miles from Fort Hood.

Guillen’s family was relentless in attempting to get information from Fort Hood leadership about what happened to her but to no avail. They held press conferences, enlisted the aid of organizations that offered a reward for information that would assist in finding Guillen, called on the Texas congressional delegation for help but the Army was not forthcoming with information that led them to believe that a meaningful investigation into her disappearance was happening. 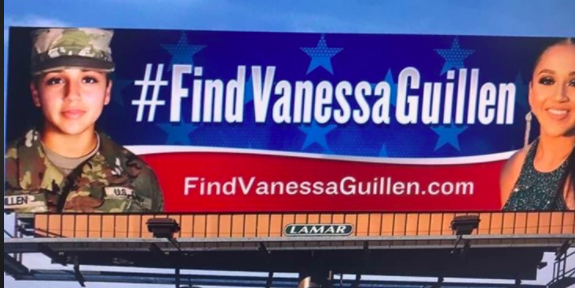 It wasn’t until 10 weeks, after an intervention by U.S. Congresswoman Rep. Sylvia Garcia (D-Tex.)  and numerous emotional press conferences by the family, that the family’s lawyer Natalie Khawam finally was briefed by phone for four hours on July 1 by Fort Hood’s Criminal Investigative Division (CID) and told that Guillen’s blood had been found in a neighboring unit’s weapons armory where she had gone on a day off to deliver paperwork on a weapon to a person who should have been an immediate “person of interest” in her disappearance.

Her disappearance and the lack of information about the Army’s investigation resulted in statements from other female soldiers who have gone public with their experiences of sexual harassment and assault in the military and many  hashtags on social media to remind the public that Vanessa was missing and the family was getting no information from Fort Hood leadership.

My name is Tiffany & #IAmVanessaGuillen I was sexually harassed, sexually assaulted, raped, & physically threatened, while at my first base, 12 yrs ago. I didn’t report it until 2019. I am one of the many faces of military sexual trauma. #MilitarySexualTrauma #FindVanessaGuillen pic.twitter.com/NaWTXcxk0s

Guillen’s family had been telling Fort Hood authorities and the public that Vanessa had been the target of sexual harassment prior to her disappearance. She told her mother, her friends and some fellow service members about the harassment. The family’s lawyer, Khawan, said Guillen, fearing retaliation, never filed a formal complaint on base.

Khawam alleged on July 1 that the suspect, who the Army said had killed himself earlier that same day, was the same man who harassed Guillen.

Khawan gave details that Aaron Robinson watched her take a shower in a locker room. “She was taking a shower and he walked in on her and sat down. She was creeped out — as one would be.”

Khawam explained during an interview on Democracy Now  on July 2:

“The person that was harassing her, this Aaron Robinson, this was her sergeant (Note-Robinson was not a sergeant, nor in her chain of command.  He was a specialist in a different unit and worked in a comparable position in his unit’s weapons room.) And he had — she was taking a shower one time, and she was in the women’s locker room, and he walked in and sat down and watched her while she was showering. She saw him, and she said, ‘Please leave. This makes me very uncomfortable.’ “

“She didn’t know how to report the incident to military authorities. She told her family and told her friends and other soldiers on base. When they asked, ‘Why don’t you report it to your commander or sergeants?,’  she just said that it wouldn’t work. She was afraid to report it, because she was afraid to lose her job. They would demote her. And she knew of other instances where they did not take those reports seriously, and that would make her life more difficult on the base.”

The family believes there are others involved in Vanessa’s disappearance and murder.

Vanessa’s family has accused the Army of a cover-up in her disappearance and they want a congressional investigation and legislation to change Army policies.

The family’s lawyer accused the Army of “lying, being disingenuous” in its treatment of Guillen’s family about the disappearance and murder of Guillen. “They lied to us from day one.”

Vanessa’s family drove from Houston to Washington, D.C., to participate in a press conference on July 1 with Khawam and U.S. Congresswoman Tulsi Gabbard, who is a major in the U.S. Army Reserves.  Family members and attorney Khawan stated during the press conference that the Army had been telling the families “lies.”

The attention from the press conference forced the Fort Hood command to respond with a four-hour briefing to Khawan, the Guillen family’s attorney; a briefing that should have happened weeks before.

Other events began unfolding rapidly on June 30 and July 1 that caused the Army to have to give details of the investigation to the family.

First, about 1 pm on June 30, CID was notified that contractors working on a fence adjacent to the Leon River in Belton, Texas, discovered what appeared to be human remains. USACID, along with the FBI, U.S. Marshals Service, County Sheriff’s Office, and Texas Rangers searched the area and identified scattered human remains that appeared to have been placed into a concrete-like substance and buried.

Secondly, about 8:30 pm on June 30 — more than three months and one week after Guillen’s disappearance —SPC Robinson’s girlfriend Cecily Aguilar was interviewed again and admitted that SPC Robinson told her that on April 22, he struck a female soldier in the head with a hammer multiple times at his arms room, killing her on Fort Hood.

SPC Robinson then placed her in a box and moved the box to a location near the Leon River in Belton, Texas. Aguilar who had been interviewed earlier by CID, was finally convinced by CID to talk by phone to Robinson in which they recorded his comments about killing Guillen, dismembering, and burying her body.

Thirdly, on the evening of June 30, Aguilar assisted law enforcement in locating Robinson, who was on foot in Killeen, Texas after he left his barracks. Robinson was approached by law enforcement at 1:17 am on July 1, 2020.  Law enforcement officials said he shot himself in the head with a pistol, killing himself.

By the next day, July 1, those two developments — the discovery of human remains along a highway 30 miles from Fort Hood on June 30 and Robinson’s suicide in the early morning hours of July 1 — left the Army with no choices but to reveal what they had learned over the three-month investigation but had refused to tell the family.

“We believe that her remains were found. We believe that the suspect killed himself in the morning. And that, unfortunately, doesn’t provide us any information about how this happened [or] why a beautiful young soldier is not with us today,” Khawam, said July 1 during the Washington news conference. Later that day,  Khawam was finally briefed by Army investigators about what had happened.

An earlier version of this article was published by CodePink.

← Meritocracy Legitimizes & Deepens Inequality
WATCH: ‘Not in Our Name’ →