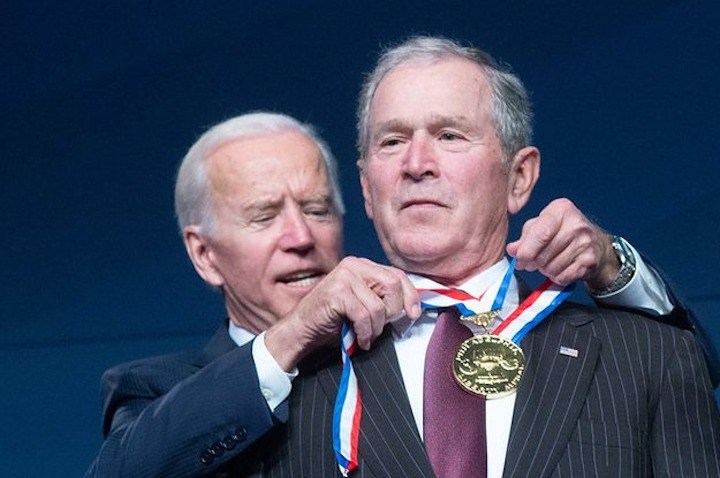 There are no moderate, mainstream centrists in the U.S.-centralized empire. They do not exist.

It’s not that moderate, mainstream centrism is an inherently impossible position. In a healthy world, that’s exactly what the predominant worldview would be. But we do not live in a healthy world.

There are no moderate, mainstream centrists anywhere in the tight alliance of nations which function as a single empire on foreign policy, because that functional empire is built upon murder, terrorism, exploitation, oppression, ecocide and the stockpiling of Armageddon weapons.

People who support the status quo of this empire are called “moderates,” but, just like the so-called moderate rebels of Syria, they are in fact violent extremists.

This is the reality of living in a world that is profoundly psychologically unhealthy. If you make a career out of facilitating wars which cause explosives to be dropped from the sky on top of innocent human beings causing their bodies to be ripped to shreds and buried in rubble, then you are treated as an exemplar of ideal leadership and rewarded with prestigious positions in politics, punditry, book publishing and think tankery. If you oppose those same wars, you are marginalized and smeared as at best an extremist whack job and at worst a literal traitor conducting psyops for a foreign government.

Because the plutocratic class owns the political class which advances depraved plutocratic agendas and the media class which normalizes and justifies those agendas, a mainstream consensus has been forcibly manufactured that maintaining the oppressive, exploitative, omnicidal, ecocidal status quo is a good and sane thing to do. Voices which point out that this is bat shit crazy are marginalized and ignored when possible and smeared and demonized when necessary.

The ability of our plutocratic rulers and their lackeys to do this is the only reason why defenders of the status quo get to call themselves “centrists” and “moderates.” It’s not because their position is middle-of-the-road in any way whatsoever, it’s because they stand in alignment with the consensus that has been deliberately artificially manufactured and shoved into the mainstream by sheer force of narrative control.

This consensus manufacturing is then carried home by a glitch in human cognition known as status quo bias, which causes us to tend toward holding to the familiar as a default preference and perceive the risk of losing what we have as far less favorable than the reward gaining something better. Psychology Today explains:

“Research from Kahneman and Tversky suggests that losses are twice as psychologically harmful as gains are beneficial. In other words, individuals feel twice as much psychological pain from losing $100 as pleasure from gaining $100. One interpretation is that in order for an individual to change course from their current state of affairs is that the alternative must be perceived as twice as beneficial. This highlights the challenges we may face when considering a change to our usual way of doing things.” 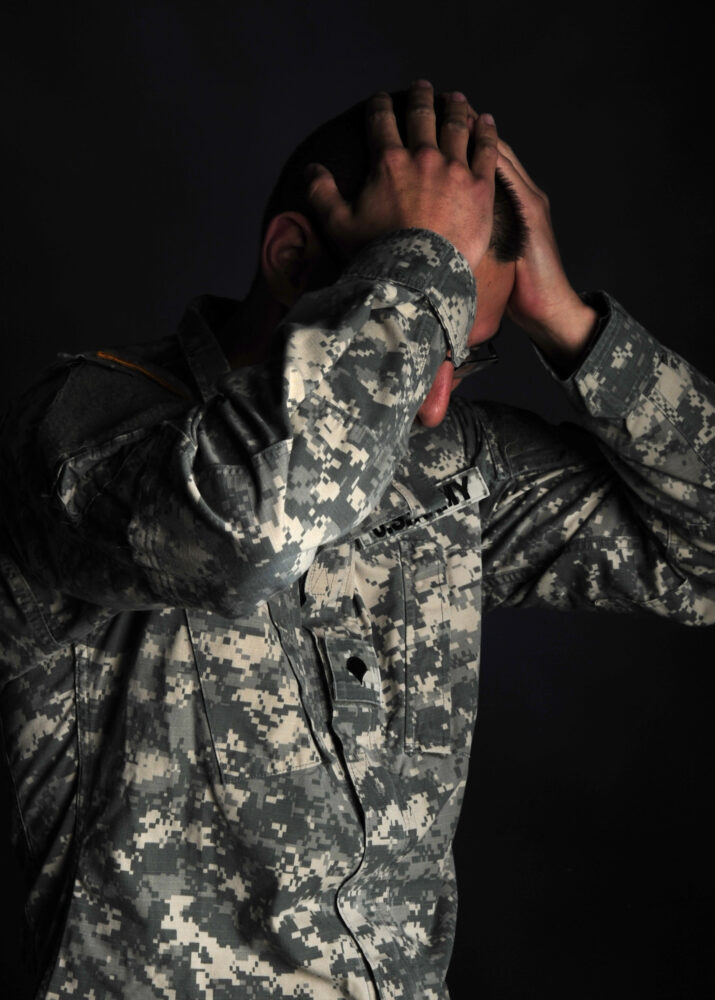 When military members are considering their choices as their contract comes to an end, many consider re-enlisting simply because they are unaware of the many opportunities that exist for them. Even when we understand our current path is no longer beneficial or no longer makes us happy, we must still overcome the natural urge to stay on the path unless the alternative is sufficiently attractive. In order for us to readily pursue an alternate path, we must believe that the alternative is clearly superior to the current state of affairs.

The status quo effect is pervasive in both inconsequential and major decisions. Oftentimes we are held back by what we believe to be the safe option, simply because it is the default. Bearing in mind our natural propensity for the status quo will enable us to recognize the allure of inertia and more effectively overcome it.

Status quo bias is further exacerbated in our current predicament by the fact that so many people are now so close to the brink of financial ruin and so terrified of what can happen to them if things change in a sudden and unpredictable way. The result of this is that now you’ve got the majority of people in the most dominant country on earth supporting the “slow incremental change” philosophy of so-called centrism, which in practice has always ended up meaning no change whatsoever. Meanwhile our ecosystem is dying and the U.S. is escalating nuclear tensions with Russia and China and everyone’s getting more and more crazy and miserable under the oppressive and exploitative status quo.

Did you ever climb a tree when you were a kid and get stuck because you were afraid to climb down? It’s a common experience for a lot of us. You get lost in the joy of the climb and so pleased with yourself in how well you’re doing, then suddenly you notice that the branches are getting a lot thinner and the wind is starting to sway you back and forth, and suddenly you look down and get terrified.

Maybe you called out for your mother and she came out and told you to climb down, calling up “Well you can’t stay up there!” And you knew she was right, but in that moment the idea of looking down and letting go of the thin branches you were clinging to felt so much scarier than just staying put in your precarious and unsustainable position.

That’s exactly where we’re at right now with status quo bias in our current predicament. People know things need to change, but they’re in such a precarious position that the risk of change feels far too scary to take the leap and force a deviation from our trajectory toward disaster.

But that is our only choice if we are to survive as a species. We know we were able to climb down from whatever trees we got stuck in as kids, and we know that our mother was as right then as that small inner voice inside us is now: we can’t stay here. We’ve got to wake up from the status quo narrative management and find a way to get down from our precarious and unsustainable position to the stable ground of sanity.