A federal judge has shut down the Dakota Access Pipeline after years of bitter protests at the site. 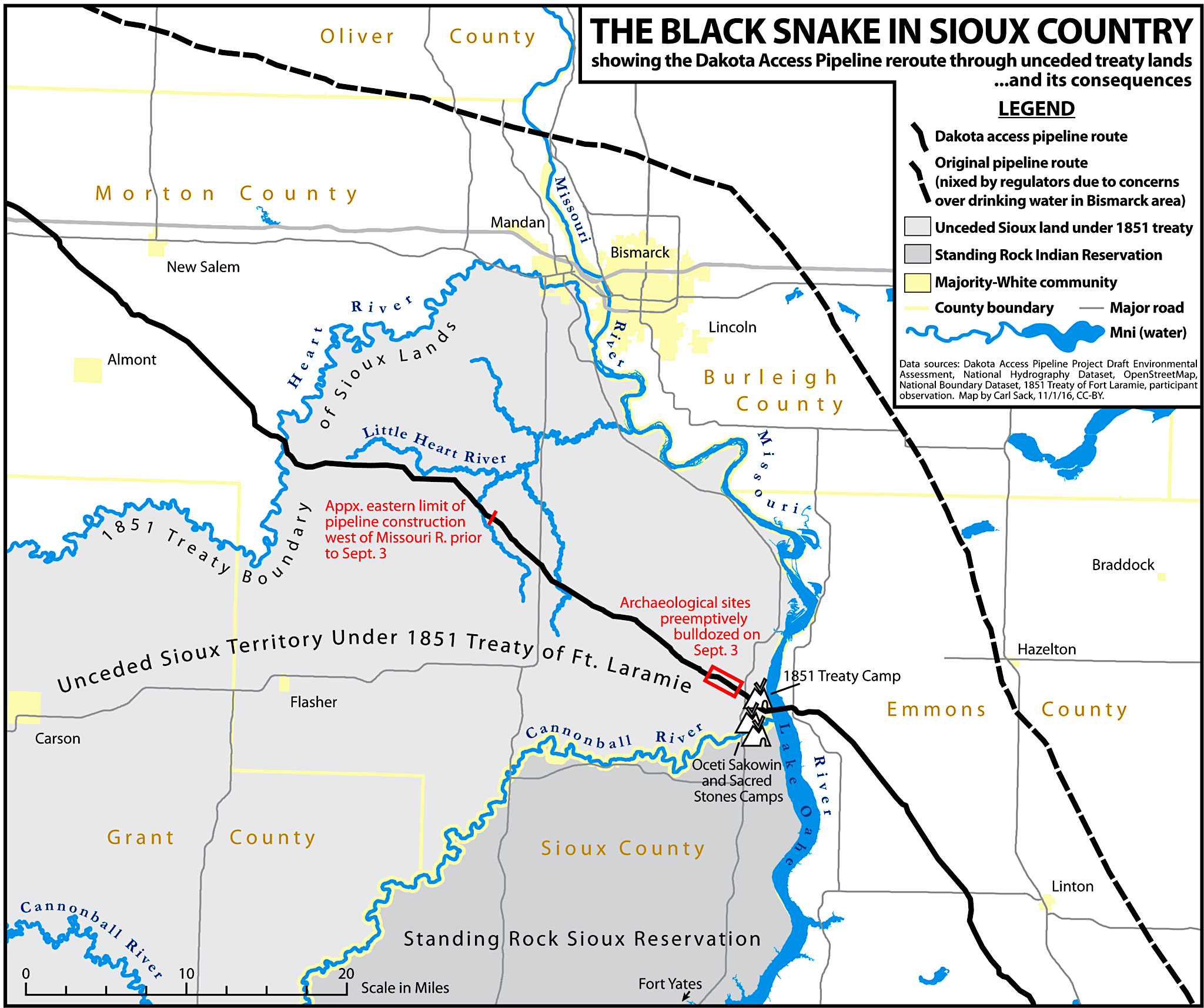 A U.S. district court on Monday delivered a major win to local Indigenous organizers and climate activists—and a significant blow to the fossil fuel industry and the Trump administration—by ordering the Dakota Access Pipeline (DAPL) to be shut down and emptied of oil by Aug. 5 while federal regulators conduct an environmental review of the project.

DAPL, as the Energy Transfer Partners (ETP) pipeline is widely known, transports crude oil from North Dakota’s Bakken shale basin to a terminal in Illinois. The pipeline has gained international notoriety in recent years due to protests—particularly on and around the Standing Rock Indian Reservation—by environmentalists and Native Americans who live along the route.

The Monday decision by D.C.-based District Judge James E. Boasberg comes after four years of litigation brought by the Standing Rock Sioux, Cheyenne River Sioux, and others against the U.S. Army Corps of Engineers for allowing ETP to construct and operate the pipeline beneath Lake Oahe, a dammed portion of the Missouri River near the reservation.

A Victory for the Oceti Sakowin (Great Sioux Nation): A US District Court has ordered that the Dakota Access Pipeline must be shut down within 30 days so that an adequate, lengthy environmental review may be completed #NoDAPL https://t.co/q05PJujSEb

The Obama administration denied permits for DAPL to cross the river in December 2016, but President Donald Trump signed an executive order advancing the project shortly after taking office in January 2017. The pipeline was completed and operating within months.

Boasberg’s move to shut down DAPL was welcomed by critics of the pipeline.

“It took four long years, but today justice has been served at Standing Rock,” added Earthjustice attorney Jan Hasselman, who represents the tribe. “If the events of 2020 have taught us anything, it’s that health and justice must be prioritized early on in any decision-making process if we want to avoid a crisis later on.”

In a separate statement, the Indigenous Environmental Network (IEN) delcared, “We are celebrating this order as it vindicates the many prayers, actions, and legal arguments of Oceti Sakowin tribal nations and communities!”

“The Standing Rock and Cheyenne River Sioux Tribes have shown the world that treaty rights and environmental justice are not token concepts without merit, but rather tangible arguments that inherently protect the sacredness of mother earth,” IEN said. “We will continue to fight until DAPL is stopped completely “

Holy mackerel. An astonishing turn of events, which comes only because of massive indigenous-led organizing. https://t.co/2rSVEELyPs

Boasberg’s order Monday followed his finding in March that the Corps had violated the National Environmental Policy Act (NEPA) when approving federal permits for DAPL. The Corps is expected to finish it full court-ordered Environmental Impact Statement (EIS) for the pipeline by mid-2021.

The decision to temporarily shut down DAPL came just a day after two energy companies cancelled the Atlantic Coast Pipeline (ACP) that would have transported fracked gas through West Virginia, Virginia, and North Carolina—a move that activists called a “historic victory for clean water, the climate, public health, and our communities.”

And if you're wondering, yes, it is getting harder to build oil & gas pipelines in America:https://t.co/eAizZasKe2 via @racheladhe

“These monumental defeats for the fossil fuel industry are a clear sign that bold community opposition, strategic legal challenges and state-level clean energy legislation are all working together to thwart the Trump administration’s pro-polluter agenda,” Food & Water Action policy director Mitch Jones said in a statement Monday, referencing both the DAPL decision and the ACP cancellation.

“The campaign to stop the Dakota Access pipeline, led by Indigenous groups whose water would have been directly impacted by that filthy project, inspired and emboldened climate activists across the country,” Jones continued. “The Trump White House can boast and bluster all it wants, and corporate behemoths can scheme to take advantage of the administration’s fondness for fossil fuels, but they are no match for determined grassroots opposition movements fighting for environmental justice and an end to the degradation of our air, water and climate.”

“Fossil fuels are dying,” he added, “and there is little that Donald Trump can do to save them.” 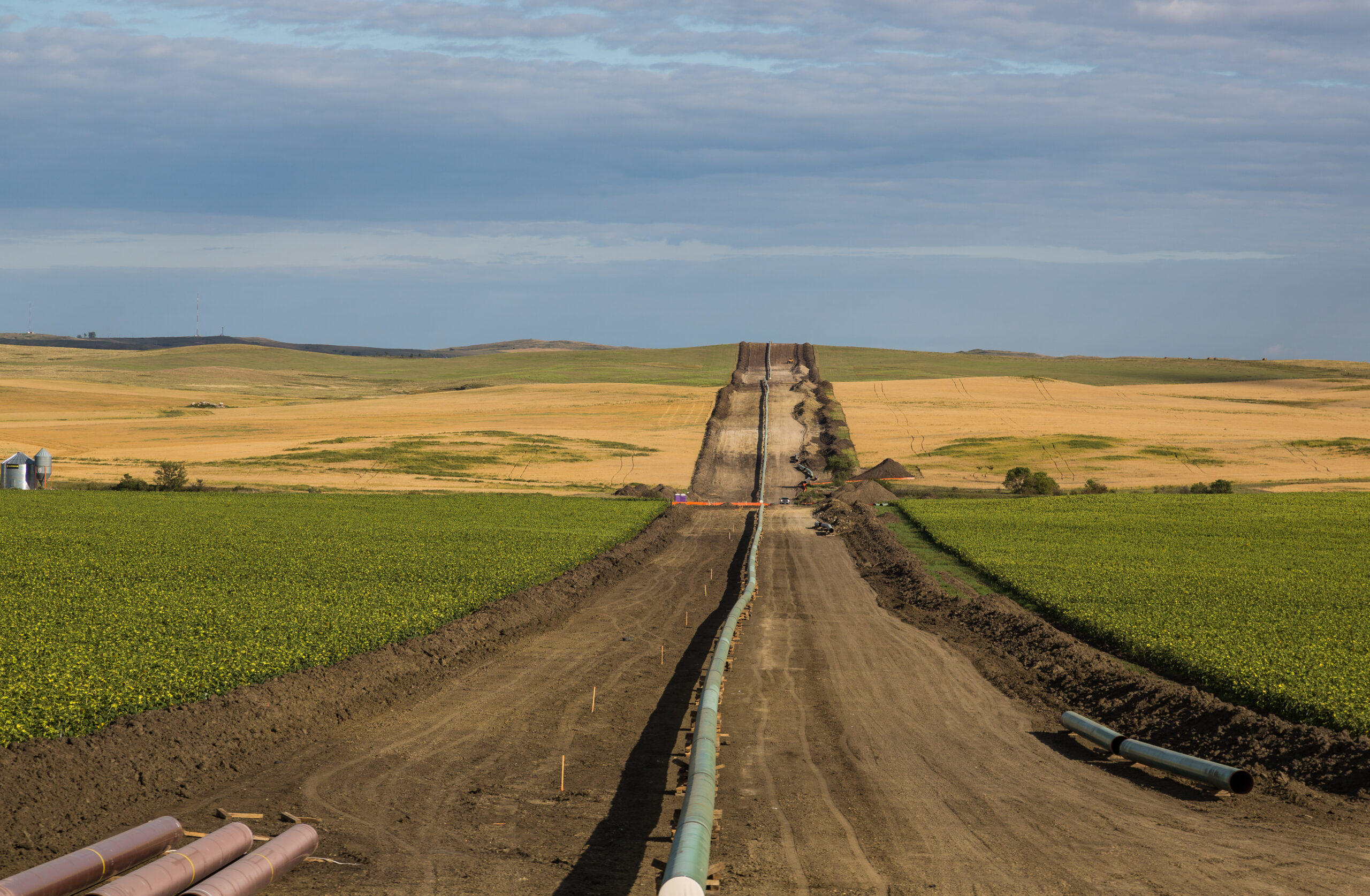 Greenpeace USA climate director Janet Redman called the DAPL shutdown a “huge victory for the courageous members” of the Standing Rock Sioux Tribe and allied activists “who fought to protect their land, their water, and their right to a healthy and safe future.”

“This is as much a victory for human rights and Indigenous sovereignty as it is for the climate,” Redman said in a statement Monday before also connecting the two wins.

“Energy Transfer’s Dakota Access Pipeline and other environmentally reckless fossil fuel infrastructure projects will only make billionaires richer while the rest of us suffer,” Redman said. “Today’s ruling—arriving on the heels of the Atlantic Coast Pipeline victory—may be a calamity for oil and gas executives looking to profit from the disastrous climate crisis, but it’s a huge win for those of us committed to a livable world. A just transition to renewable energy is not only the future, it is the only responsible choice for today.”

“The past 24 hours,” she added, “have sent a loud and clear message to fossil fuel corporations still committed to constructing dangerous pipelines—the future does not belong to you.”